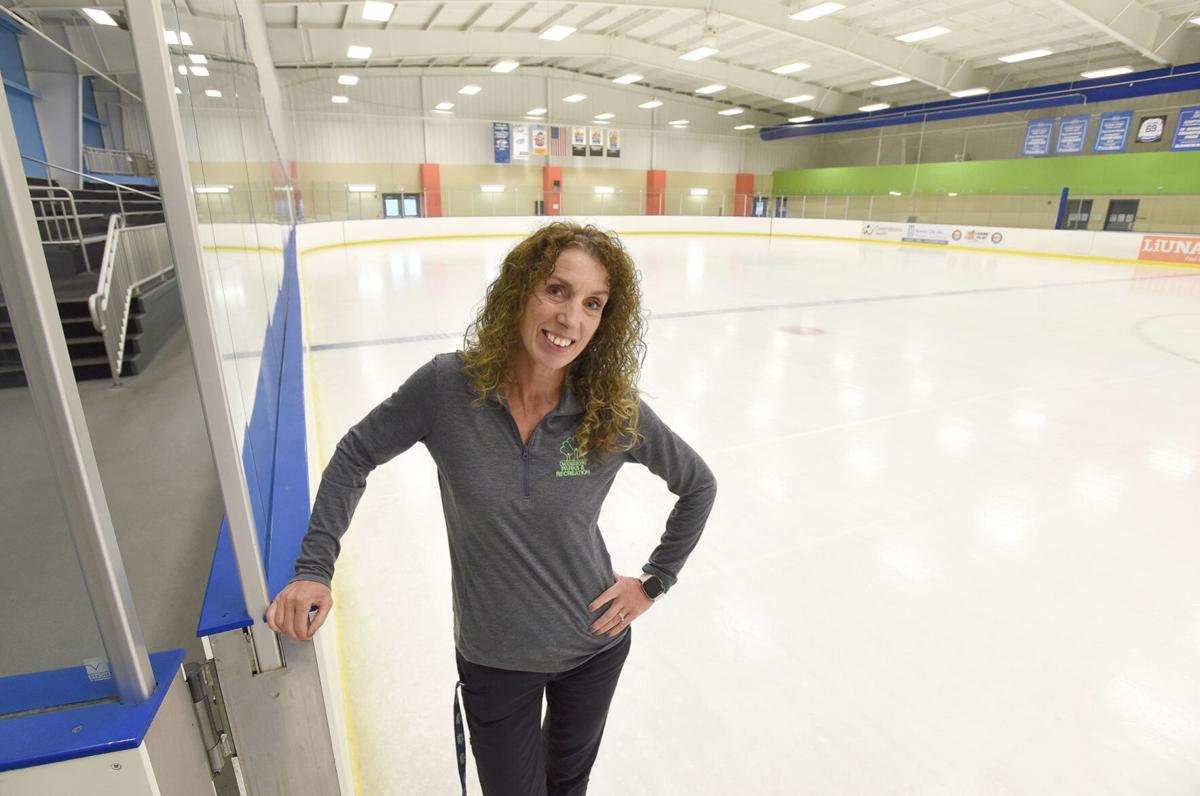 Owensboro Parks and Recreation Superintendent Kerry Bodenheimer, shown on the ice Thursday at the Edge Ice Center, skated with “Disney on Ice” between 1988 and 1994. 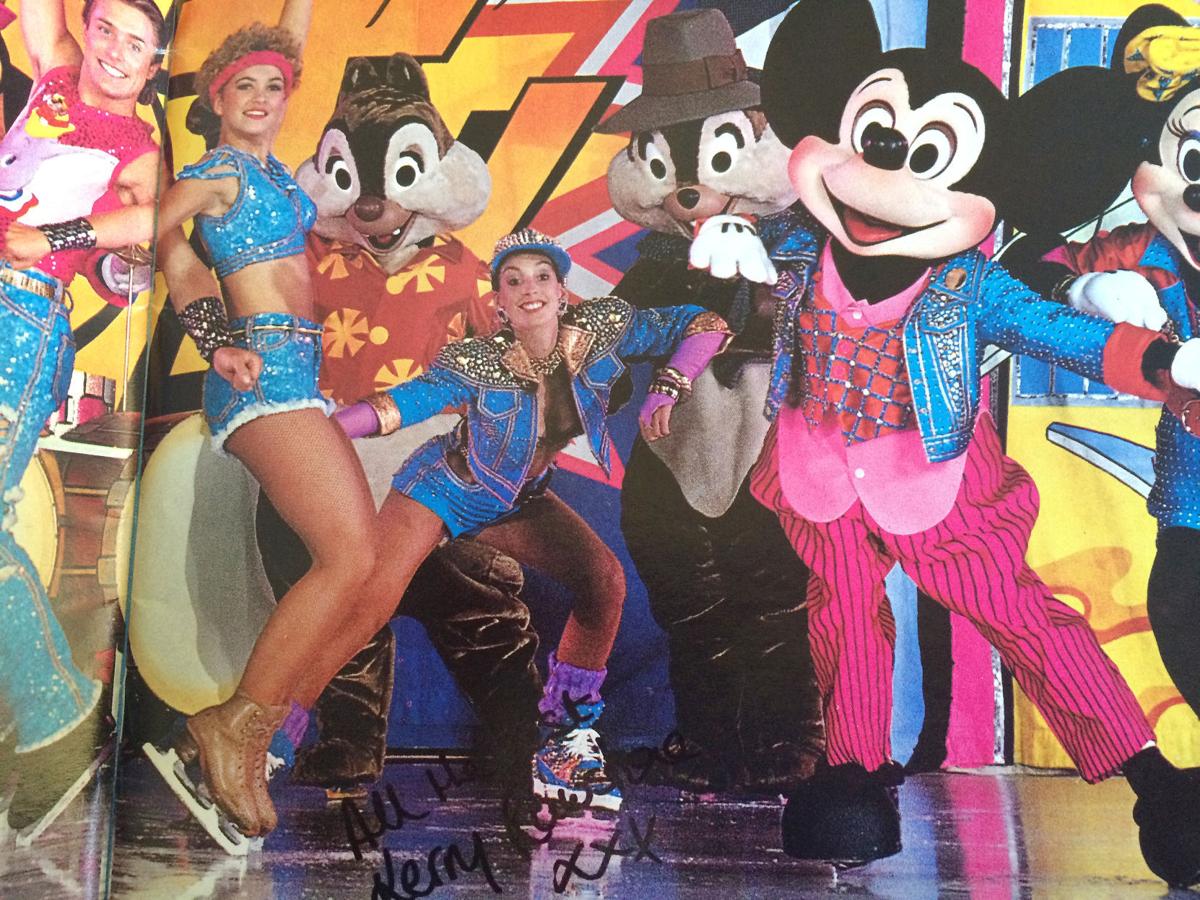 Kerry Bodenheimer, center, a United Kingdom native, poses with other skaters from “Disney on Ice.”

Owensboro Parks and Recreation Superintendent Kerry Bodenheimer, shown on the ice Thursday at the Edge Ice Center, skated with “Disney on Ice” between 1988 and 1994.

Kerry Bodenheimer, center, a United Kingdom native, poses with other skaters from “Disney on Ice.”

While Owensboro’s Edge Ice Center will soon welcome fans of the 2013 Disney film “Frozen” to skate with characters Anna and Elsa, Owensboro Parks and Recreation Superintendent Kerry Bodenheimer is no stranger to “Disney on Ice.” In fact, she performed with the iconic show between 1988 and 1994.

Bodenheimer, a United Kingdom native, said Disney was getting ready to begin its European tours of “Disney on Ice” and was auditioning skaters throughout England to perform with the ice show.

“They had to have European skaters in addition to the American skaters that were coming over,” she said. “I auditioned and was chosen.”

Bodenheimer said she was one of 10 skaters chosen to join the touring ice show for its 1988 season. The first show she participated in as an official Disney skater was titled “Happy Birthday Donald Duck.”

“We opened in Wembley Stadium and traveled all over Europe during my first year with them,” she said.

Bodenheimer said she was 10 years old when she caught the skating bug, which has been with her ever since.

“One of my friends in school was in a Christmas revue, and I went with my parents to see her, and was like, ‘I want to do that,’ ” she said.

Then came the private ice skating lessons and skating in competitions, which all led up to Bodenheimer skating for Disney.

“It was an amazing experience,” Bodenheimer said. “We were lucky enough to be able to do all of Europe, North America, South America, Canada and Japan.”

Bodenheimer said her years with “Disney on Ice” were an absolute dream come true, and skating alongside incredible performers in front of 30,000 or 40,000 people was an incredible experience.

It was also through her years with Disney that led to Bodenheimer relocating to Owensboro.

“I met my husband while I was with Disney,” she said. “He was the lead sound technician on the tour.”

After initially settling in Las Vegas, the couple decided to relocate to Owensboro to be closer to family. It was then that she learned Owensboro had an ice skating facility, the old Owensboro Ice Center.

“I went over there and asked if they needed any assistance, and that was my foot in the door with the Owensboro Parks and Recreation Department,” Bodenheimer said. “I have been here ever since and loved every minute of it.”

The Edge Ice Center, 1400 Hickman Ave., hosts a variety of themed skating events throughout the year, with “Frozen” being one of its signature events.

“Frozen at the Edge Ice Center” will be from 4:30 to 6:30 p.m. Saturday, Nov. 13. The event will be a celebration of everything “Frozen” and will include ice skating and “Frozen” crafts and prizes. Cost is $6 per person and includes skate rental.

Bodenheimer said that even though it has been a few years since the movie was released, she believes Disney’s “Frozen” and “Frozen 2” have contributed to the popularity of ice skating and skating parties, especially amongst younger skaters.

“The year that it came out, every birthday party that was hosted at the Edge was a “Frozen” theme,” she said. “It has been several years since that movie came out, but it is still extremely popular with a lot of the younger family members.”

Bodenehimer said special events at the Edge Ice Center range from the “Frozen” event to a Halloween skate scheduled for Friday, Oct. 22, and even a “Polar Express” event in December, all of which helps bring in families that otherwise might not be familiar with ice skating.

“Kentucky is not a hotbed for ice sports, so to speak, but it certainly has grown, and we have more and more people that move into Owensboro that come from different locations and maybe they lived up north, so they are very used to ice skating,” she said.

Bodenheimer said she wants to make sure community members know that the Edge Ice Center is not just geared towards competitive figure skaters and ice hockey teams, but that there is something for everyone to enjoy.

For young skaters who hope to one day perform like Bodenheimer, she said her best advice is to start early, but for them not to get discouraged if they’ve come to ice skating a little bit later, like she did.

“I didn’t start skating until I was 10, but immediately feel in love with it and worked very, very hard,” she said. “I was very dedicated to what I did, and I think that would be any athlete in any sport wanting to take it to that next level.

“It is the dedication and the hard work, and that pays off.”

Bash to Schiff: Is Merrick Garland letting Trump off the hook?

Watch Now: How will Jedd Fisch's first season at Arizona be remembered?