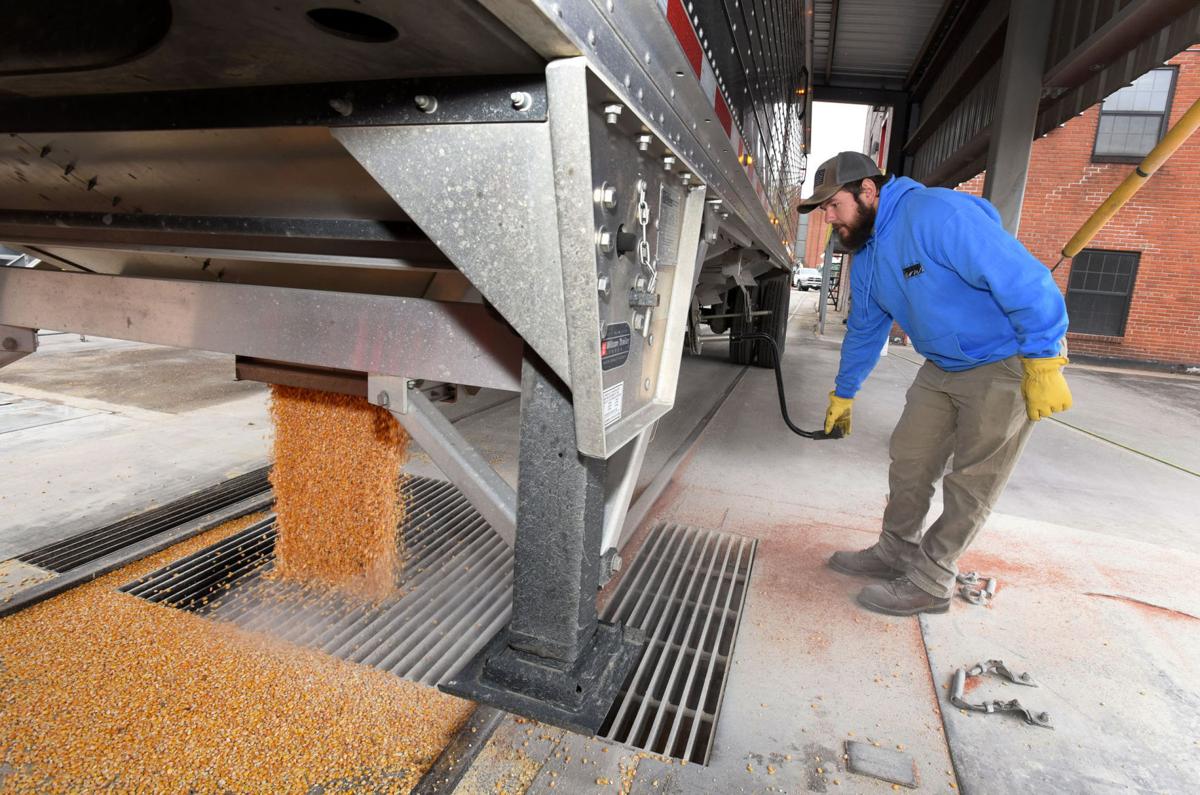 Isaac Brown of Brown Farms in Beaver Dam unloads a semi-trailer of around 1,000 bushels of corn on Monday at Green River Distilling Co. 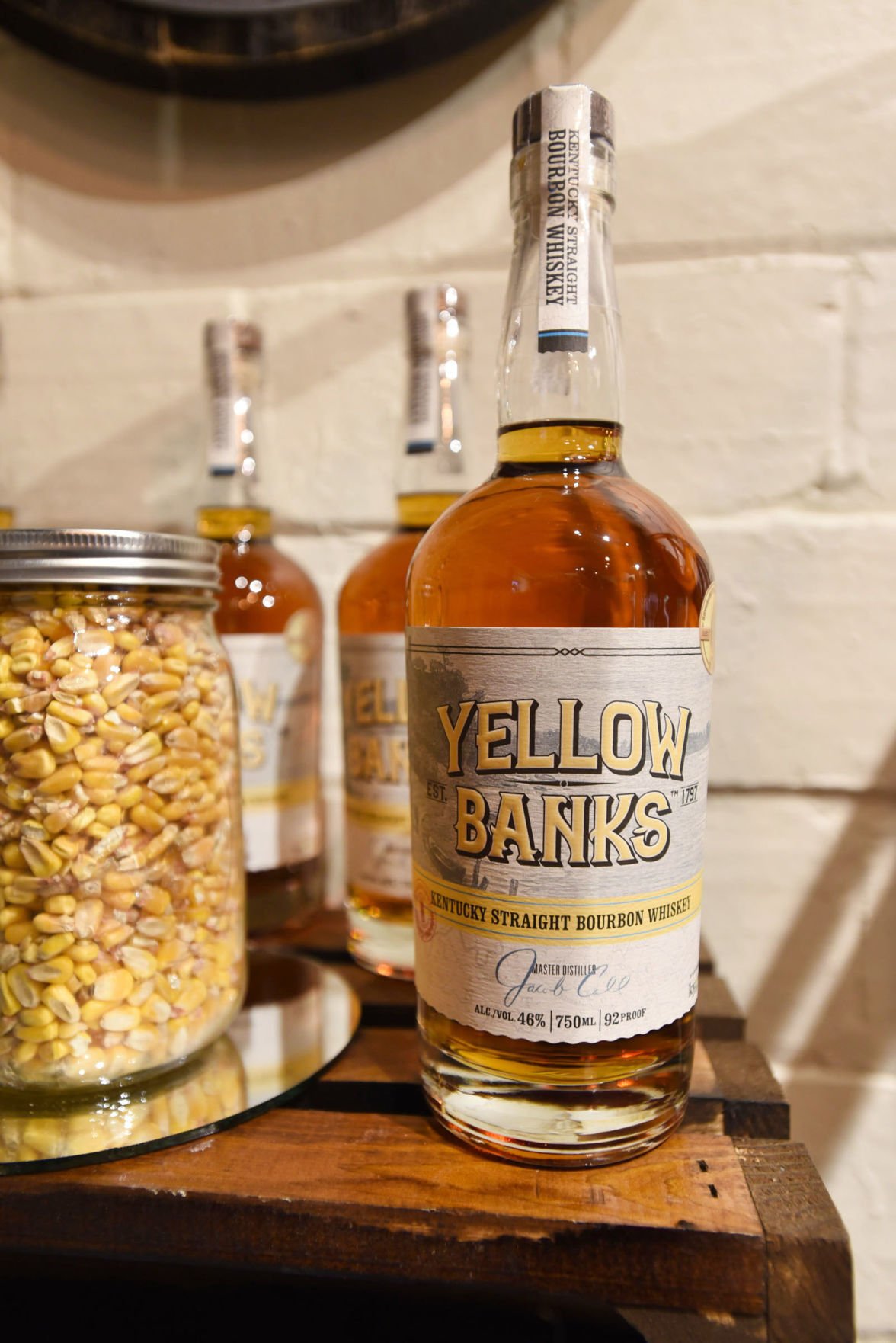 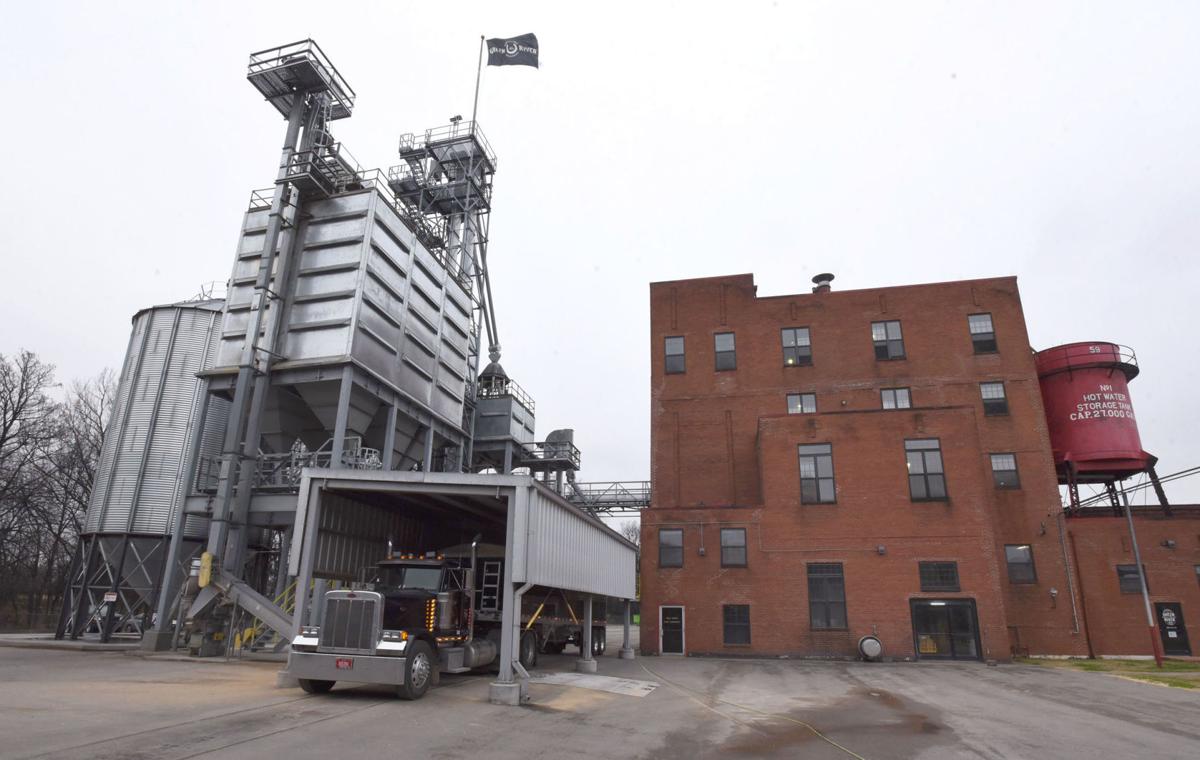 Isaac Brown of Brown Farms in Beaver Dam unloads his semi-trailer of corn on Monday at Green River Distilling Co. 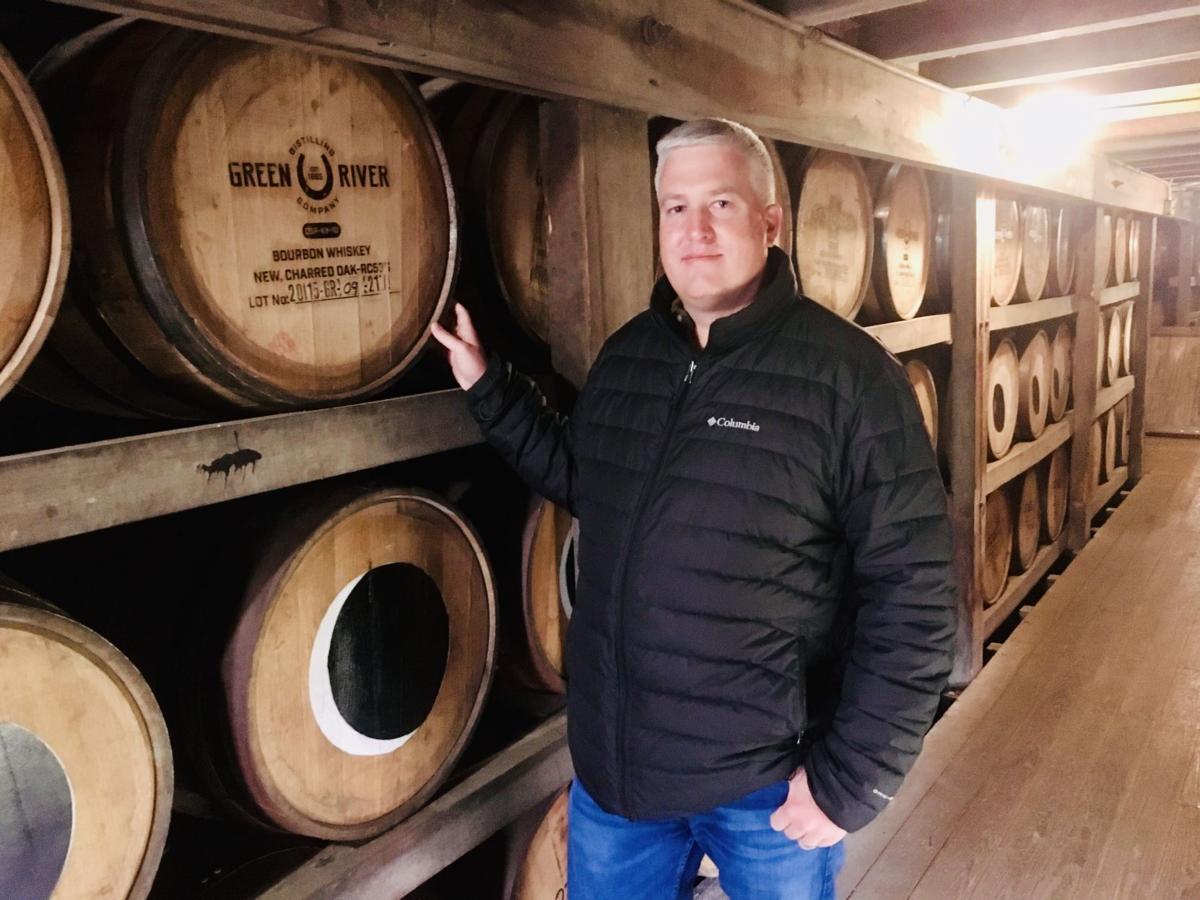 Jacob Call, master distiller and director of operations, stands beside aging bourbon on Dec. 14 inside one of the Green River Distilling’s rickhouses in Owensboro. To be bourbon, the spirit must contain at least 51% corn.

Isaac Brown of Brown Farms in Beaver Dam unloads a semi-trailer of around 1,000 bushels of corn on Monday at Green River Distilling Co.

Isaac Brown of Brown Farms in Beaver Dam unloads his semi-trailer of corn on Monday at Green River Distilling Co.

Jacob Call, master distiller and director of operations, stands beside aging bourbon on Dec. 14 inside one of the Green River Distilling’s rickhouses in Owensboro. To be bourbon, the spirit must contain at least 51% corn.

When it comes to bourbon production, corn must be its key ingredient.

And there’s not a day that goes by that corn isn’t being unloaded at Green River Distilling Co. in Owensboro.

On Dec. 14, Isaac Brown of Brown Farms in Beaver Dam, was there unloading a semitrailer of corn.

Brown said most of his corn is sold to Perdue Farms as chicken feed, but that he does appreciate that a portion of his grain is being used in bourbon production.

“It’s cool coming here and knowing that a product you’re growing is going into their product they’re making and it’s distributed all around the world,” Brown said.

Jacob Call, master distiller and director of operations, said the bourbon company is “ag centric” because of its close relationship with regional farmers.

Call added that the corn comes from farmers within a 50-mile radius, with the bulk from growers in Daviess and Ohio counties.

“We buy only Kentucky corn direct from the farmer via contract,” Call said. “We work with over 20 different farmers. We spread the love around a little bit.”

To be considered bourbon, the spirit must contain at least 51% corn as part of the mash bill.

Call said that corn requirement means an annual intake of 750,000 bushels of corn, which is equivalent to more than 13 tons.

That large amount of corn is necessary for the 90,000 barrels of bourbon produced each year at Green River Distilling.

“One of the major rules is the corn portion, so that’s why bourbon production and corn production are tied so closely together in Kentucky,” Call said.

And with that much dependence on corn, Green River Distilling and Kentucky Corn Growers Association have partnered on a 4-year-old bourbon whiskey called Yellow Banks, which contains 70% corn, 21% rye and 9% malted barley. It was released in November.

Along with the corn, Green River Distilling uses 300,000 bushels per year of rye, which is used in bourbon and rye whiskey.

“Rye doesn’t do real well in Kentucky so we have that shipped in,” Call said. “…We get that in via barge and then our supplier has worked with local farmers to have them store it. So those farmers are making a little extra income by storing the rye for us.”

Call is a third-generation master distiller who grew up in Bardstown. In 2015, he was the first employee of Green River Distilling, which now has 78 full-time employees.

“I’m pretty passionate about Kentucky agriculture,” Call said. “…We have a pretty long lineage of farmers in my family.”

But it’s not just corn that benefits both the bourbon company and local farmers.

Through the bourbon production process, a by-product call stillage or spent grain is created.

“We give that away to local farmers for cattle feed,” Call said. “We have numerous farmers that we deliver tanker loads of cattle feed to. …We also have a 1,000-acre farm outside of Madisonville, and we have our own cows that we feed our stillage to.”

Although Green River Distilling began producing bourbon four years ago, it’s only been in recent months that it started releasing the first batches from 2016.

To meet the demand for the aged bourbon, the company is also planning a $3-million bottling expansion for 2021.

“Our bourbon has aged long enough so now we have to start putting it in bottles,” Call said.

Mary Trump: We can't count Donald Trump out ever