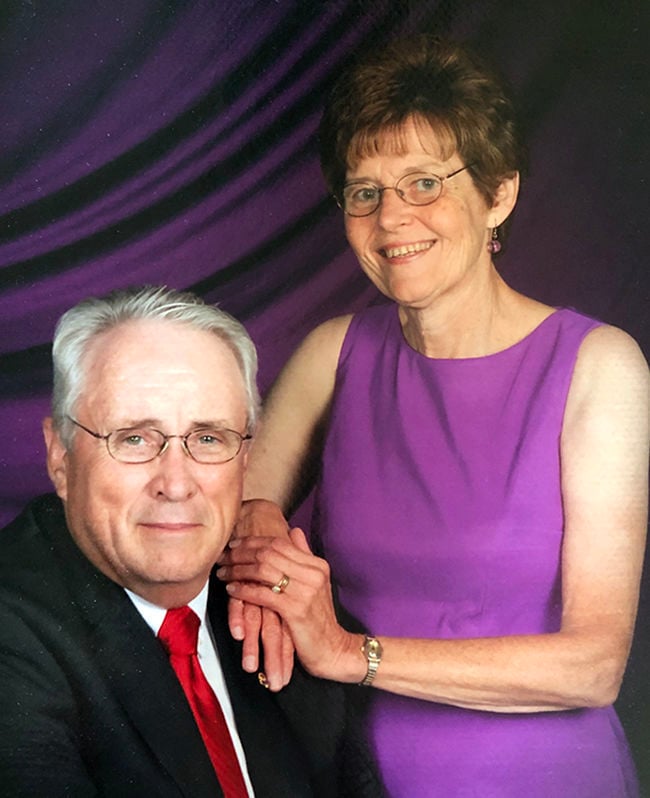 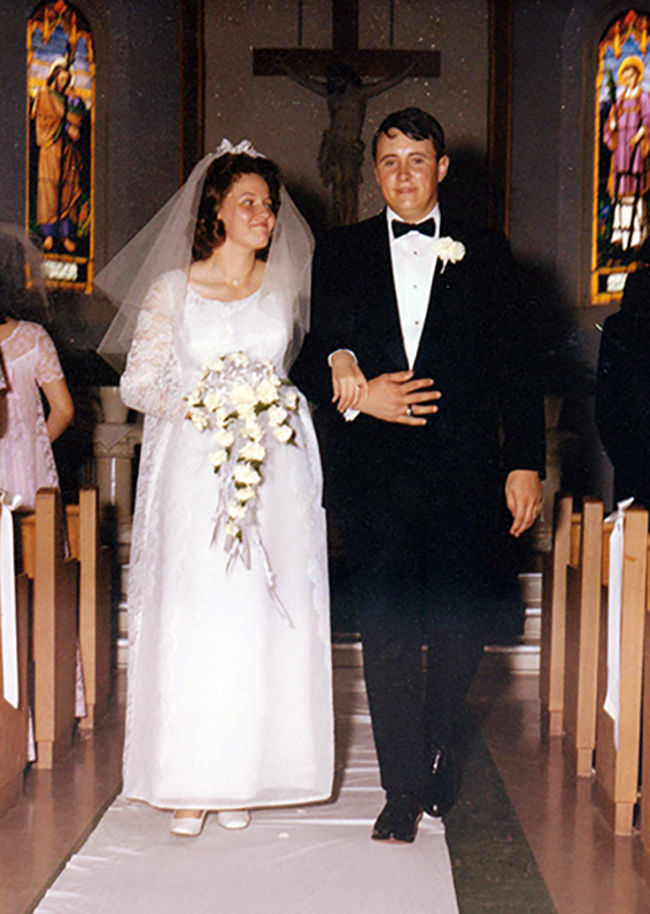 They were married July 11, 1970, at St. Lawrence Catholic Church by the Rev. Michael Hayden. The maid of honor was Kay Hardesty O’Bryan, sister of the bride, and the best man was Carl O’Bryan, brother of the groom.

Larry is a 1970 graduate of Brescia University and has been an active member of the Board of Trustees for many years. He retired after 50 years as a Certified Public Accountant with Alexander and Company. Larry still works as a financial advisor with Baird (formerly Hilliard Lyons). Connie has made a lifelong career of taking good care of her family but also worked several years as an elementary school assistant. Early in their marriage, Connie worked at Bell South. Larry and Connie are members of St. Mary of the Woods Church in Whitesville.