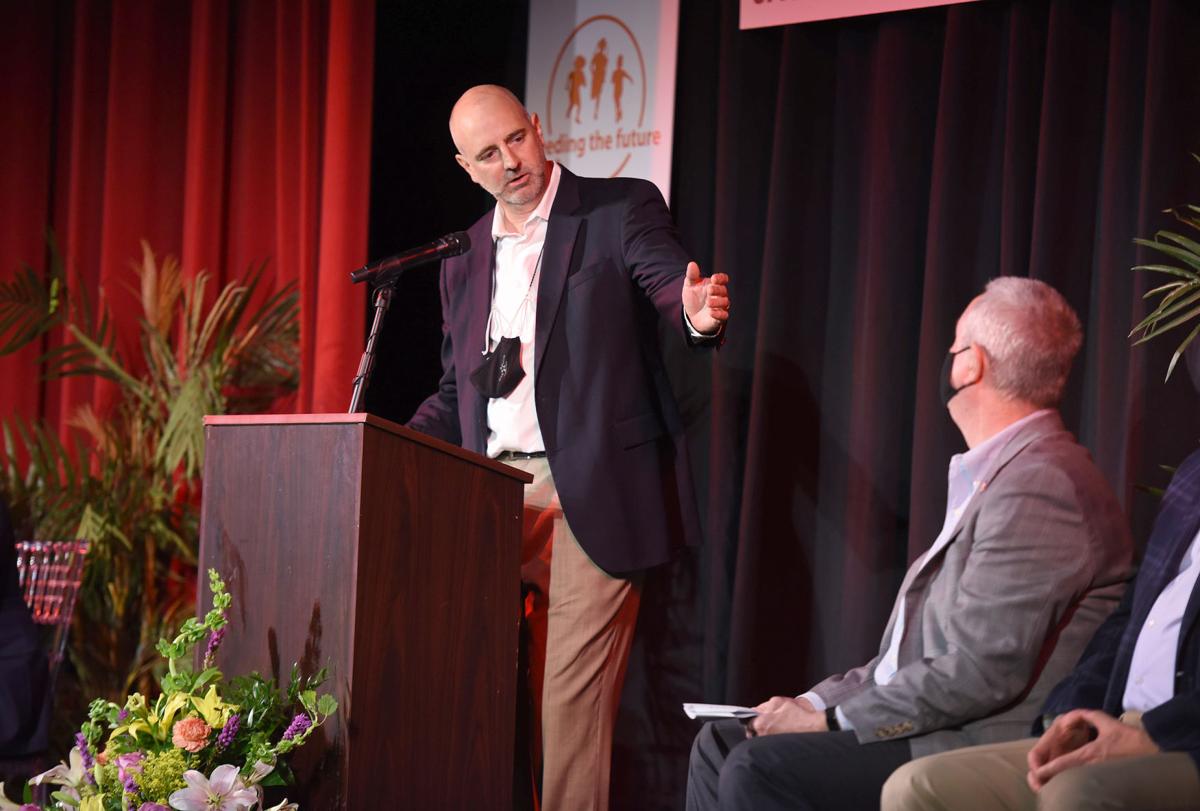 Five Star President and CEO Richard Kennedy, left, speaks to Keith Sharber, executive vice president and an owner-operator of the Owensboro-based Canteen Service Company, right, during the announcement Jan. 5 at the Bluegrass Music Hall of Fame & Museum that Five Star Food Service has bought the franchise. 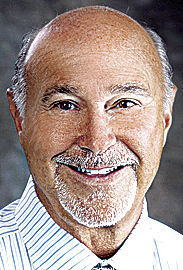 When Jack Wells, a major player in Owensboro’s economy for decades, died in August, he left his estate to the Jack T. Wells Charitable Trust to continue to provide help for the community.

That announcement came during a news conference on Jan. 5 at the Bluegrass Music Hall of Fame & Museum.

And Owensboro-based Canteen Service Company, 712 Industrial Drive, in which Wells was senior partner, has been sold to Chattanooga-based Five Star Food Service.

The Owensboro-based company was the third-largest.

Keith Sharber, executive vice president and an owner-operator of the Owensboro-based franchise, told the socially distanced crowd in Woodward Theatre that current employees will retain their positions.

Mike Simpson and Gene Hargis, co-executors of Wells’ estate, will be co-trustees of the charitable trust.

“Jack never forgot where he came from,” Simpson said.

He said Wells wanted to continue to take care of the community after he was gone.

Simpson said Wells left all of his assets to the trust to eventually make grants to local nonprofits.

He said the estate will remain in probate for “many more months” and then an announcement will be made about how nonprofits can apply for grants.

The local Canteen group announced a donation of $50,000 to the fund.

And Five Star executives added another $25,000.

Richard Kennedy, Five Star’s president and CEO, said the acquisition, which took place on Dec. 28, was a good way to cap a challenging year.

He was one of eight members of the corporate team who traveled to Owensboro for the announcement.

Kennedy called the sale “a win-win for everybody.”

Sharber said the local group decided to find a new ownership group after Wells died and it considered the “advancing ages of our leadership team.”

After five years of success in the job, he asked the company to help him get his own franchise.

They told him about a faltering operation in Owensboro, that dated back to the 1950s, and Haase came to town to take it over.

It had 16 employees then.

He eventually grew it to 480 employees serving 40 counties in four states.

And on Feb. 1, 2011, Wells completed the purchase of the franchise.

In 2014, he bought John Conti Coffee in Louisville, combining the two operations.

Five Star, founded in 1993, has more than 1,500 employees and is in nearly 2,300 micro markets with more than 30,000 vending machines, 15,000 coffee and water locations and more than 60 cafeterias in eight states — Tennessee, Georgia, Kentucky, Alabama, Mississippi, Ohio, Indiana and North Carolina.

Candance Castlen Barke, president of the Greater Owensboro Chamber of Commerce, said, “Some of the best employees we have in Owensboro” are at Canteen.

Canteen is part of the Compass Group North America, the national leader in food service management and support services.

The website says it serves more than 10 million meals a day.

The Charlotte, North Carolina-based Compass Group North America has more than 280,000 associates and had $20.1 billion in revenues in 2019.

It, in turn, is part of the British Compass Group, which operates in 45 countries with more than 600,000 employees.

Mary Trump: We can't count Donald Trump out ever

Avlon: Here's a way to turn down the 'MAGAphone'