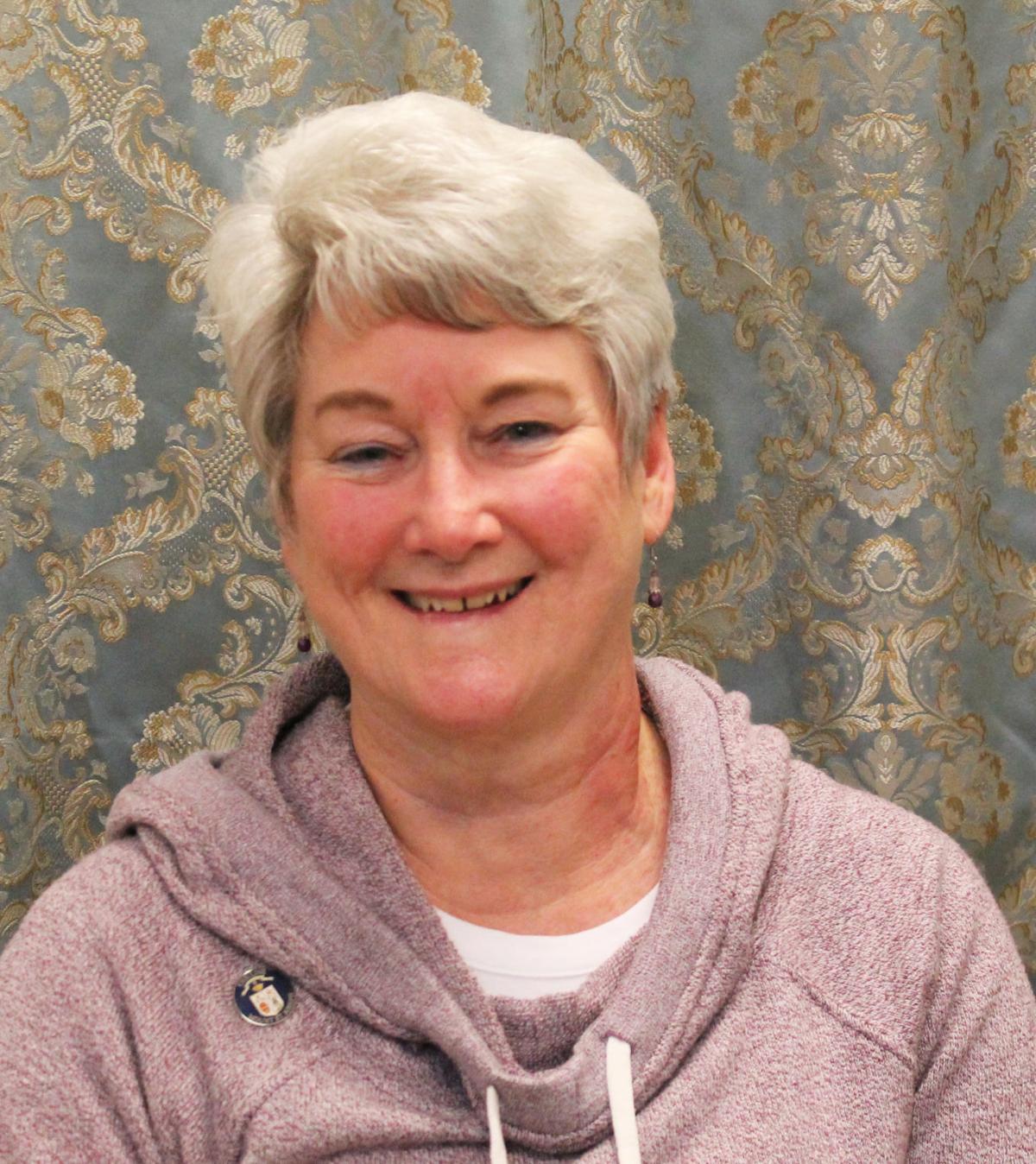 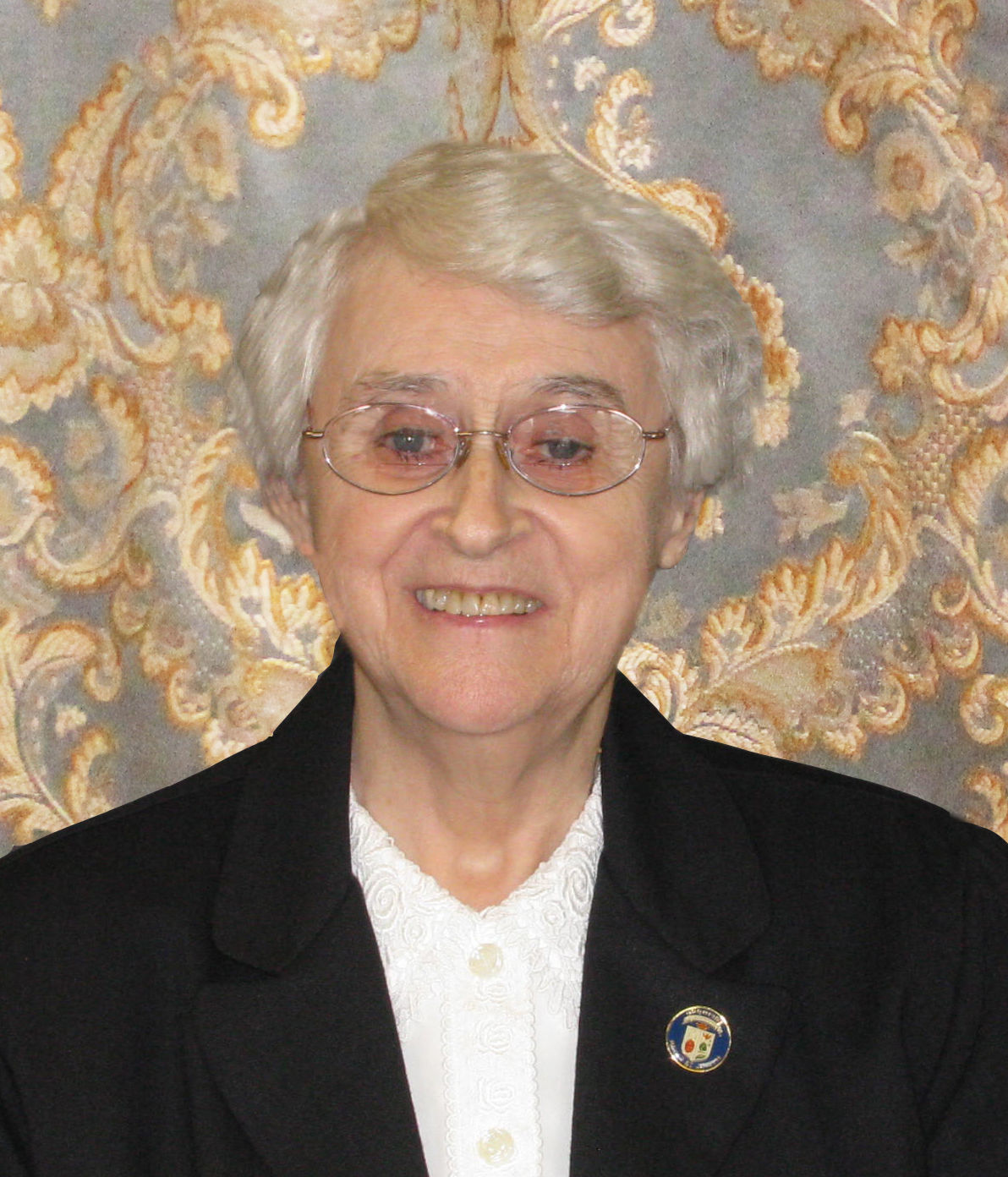 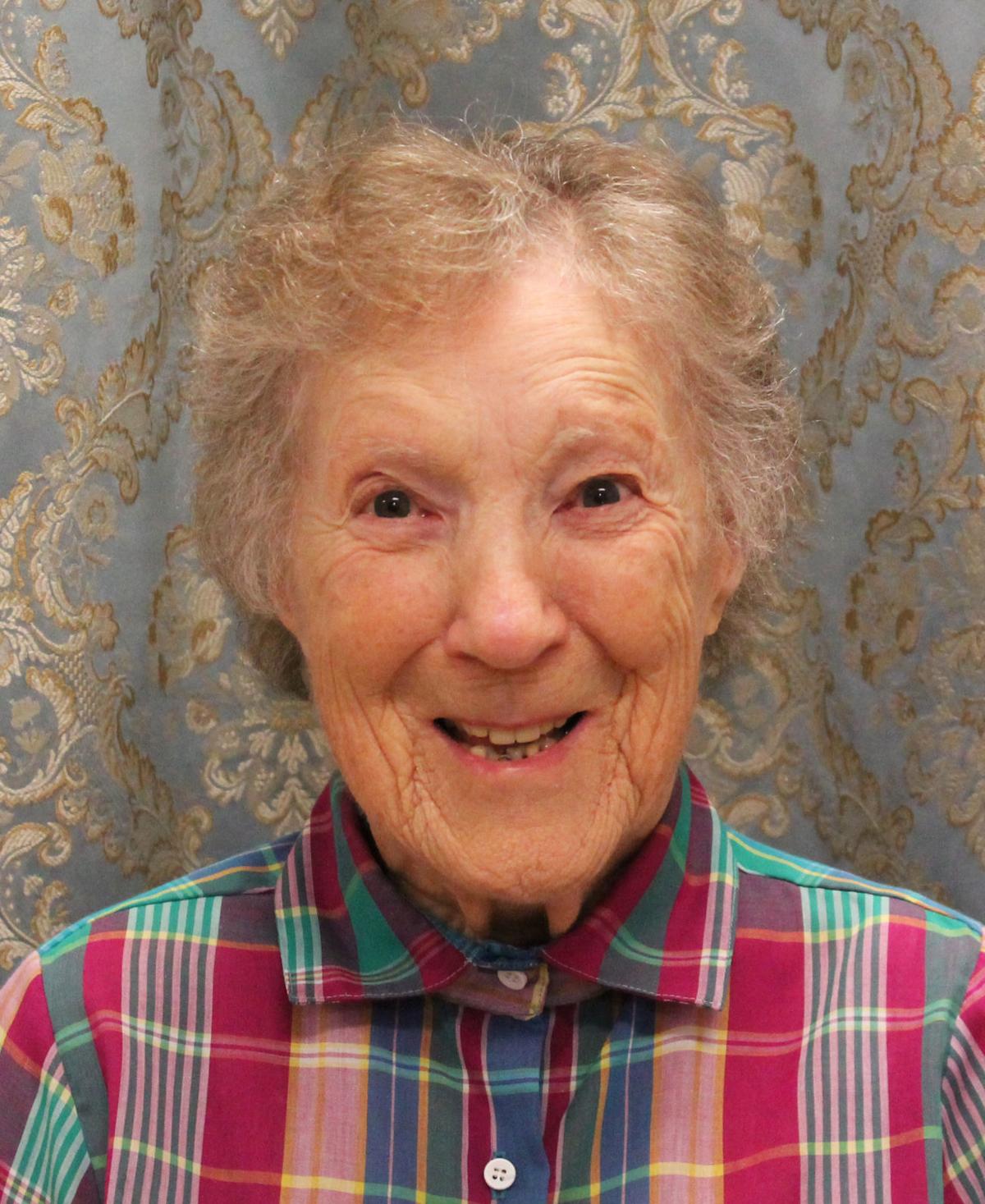 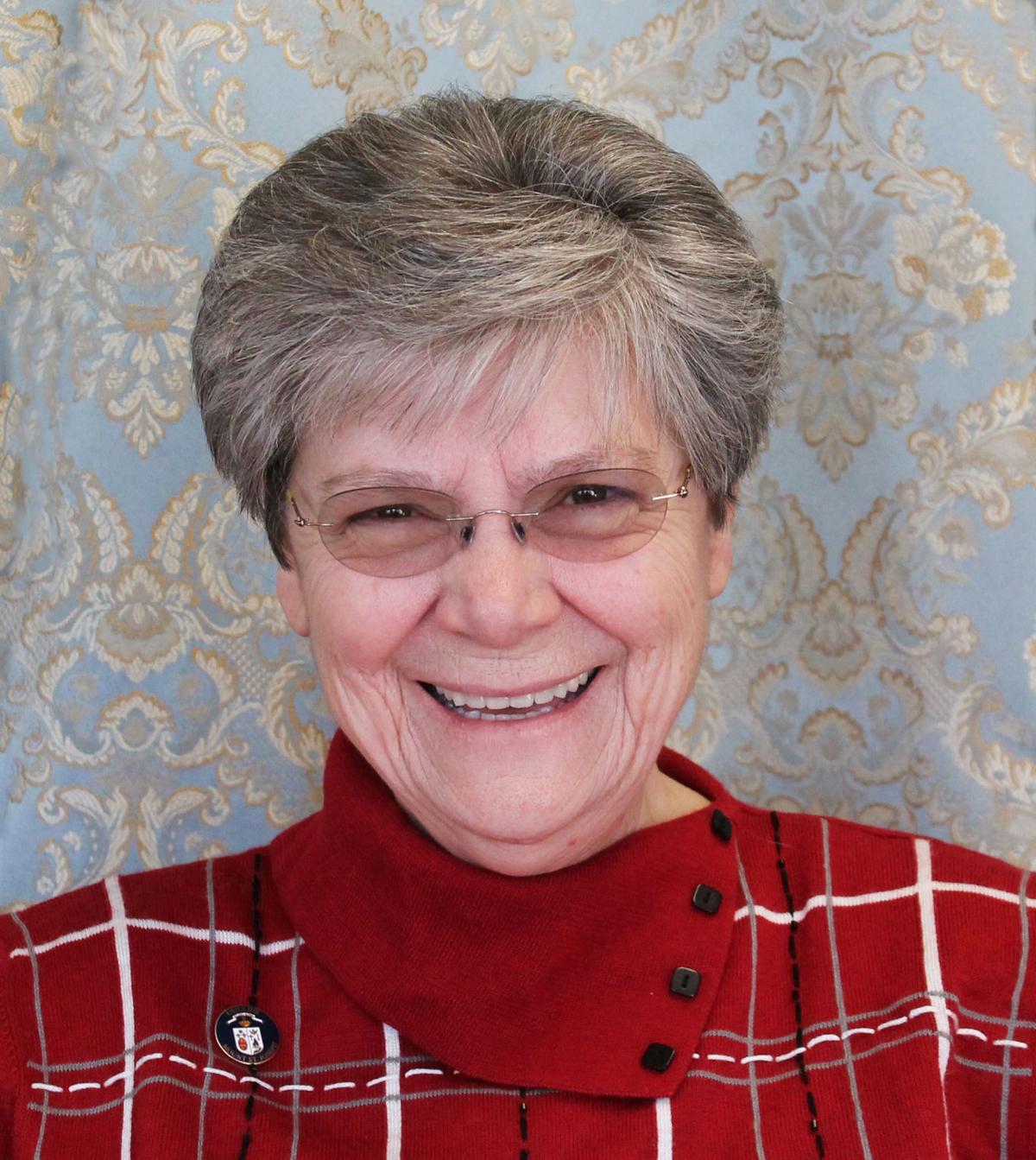 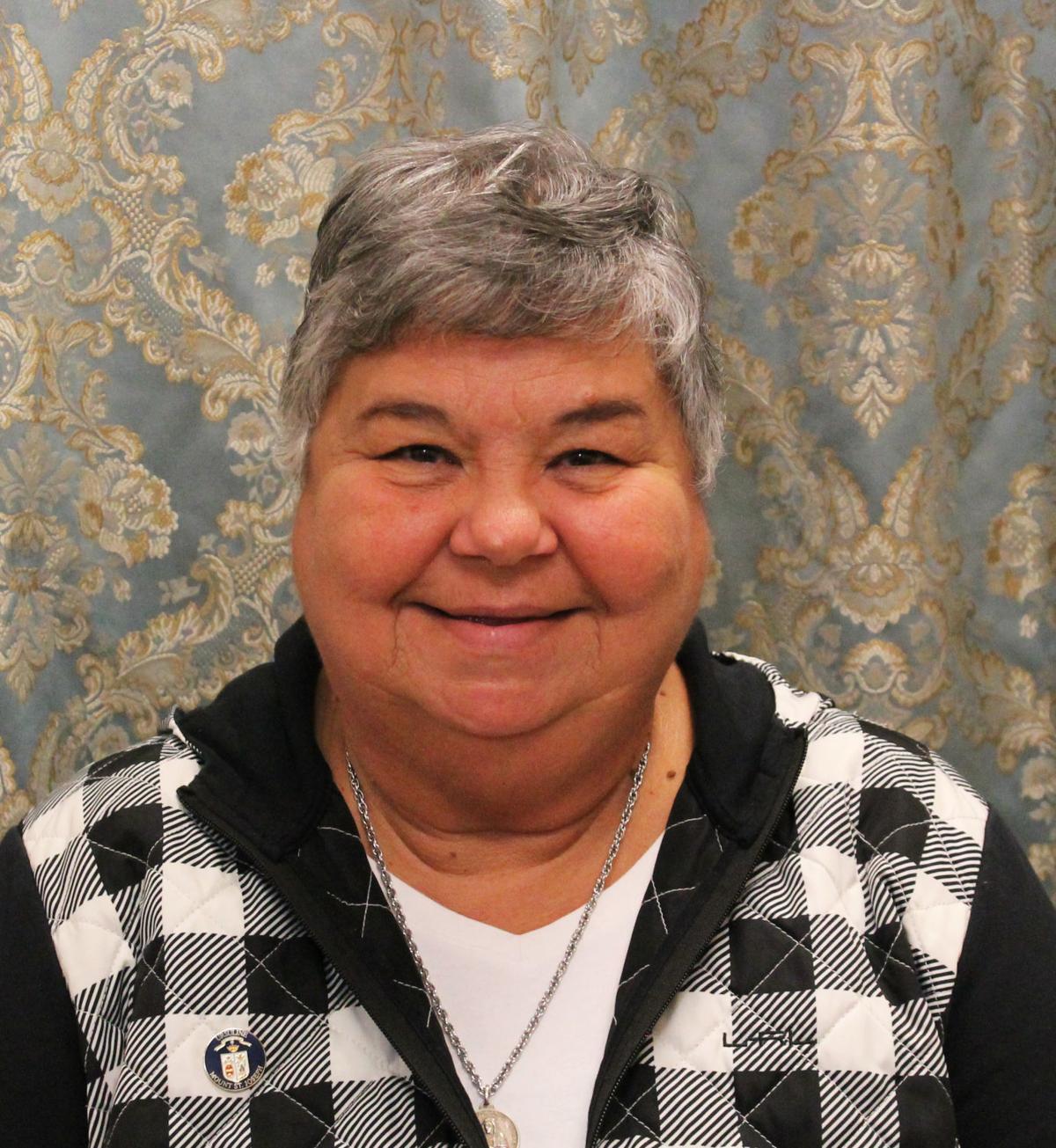 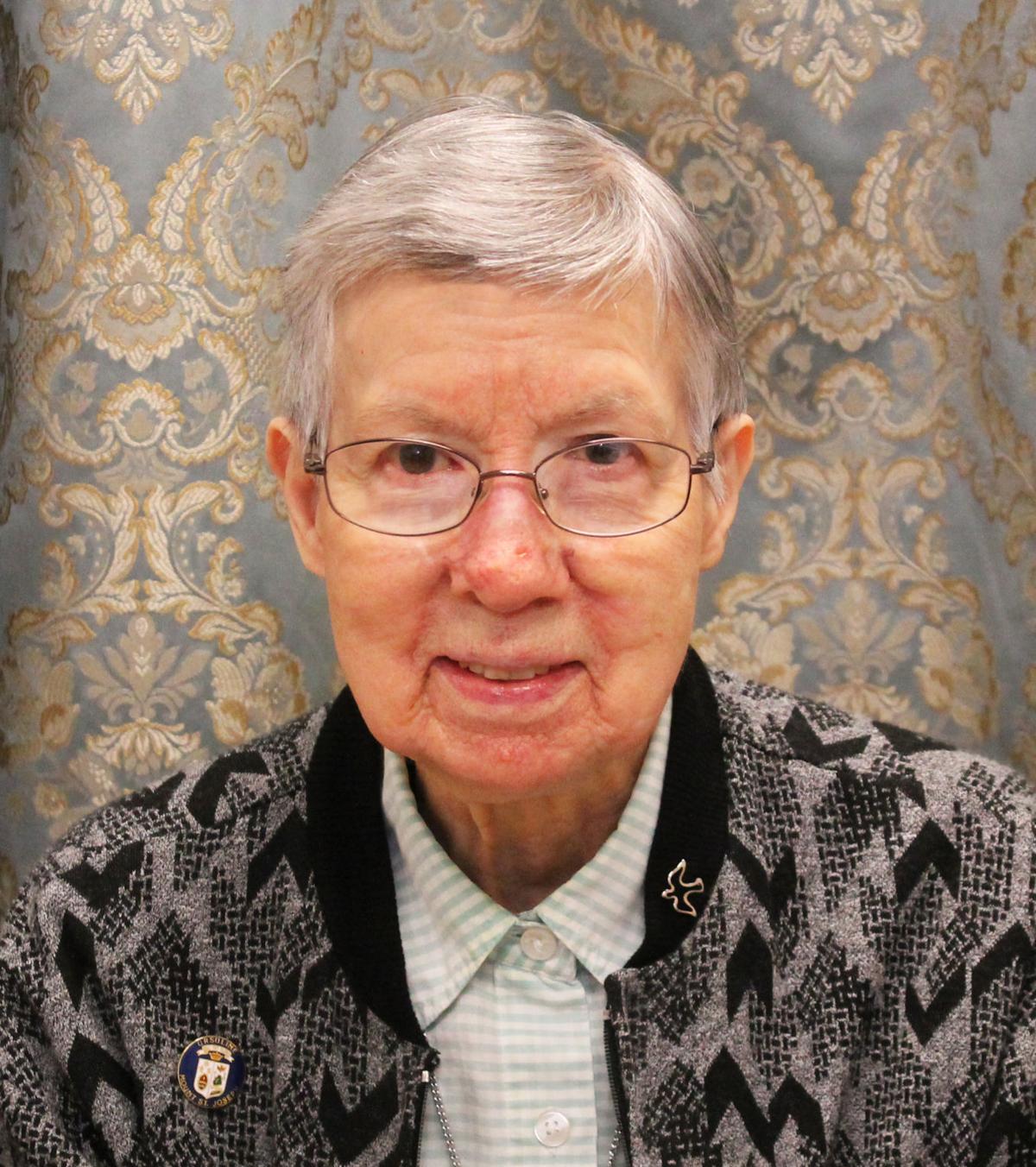 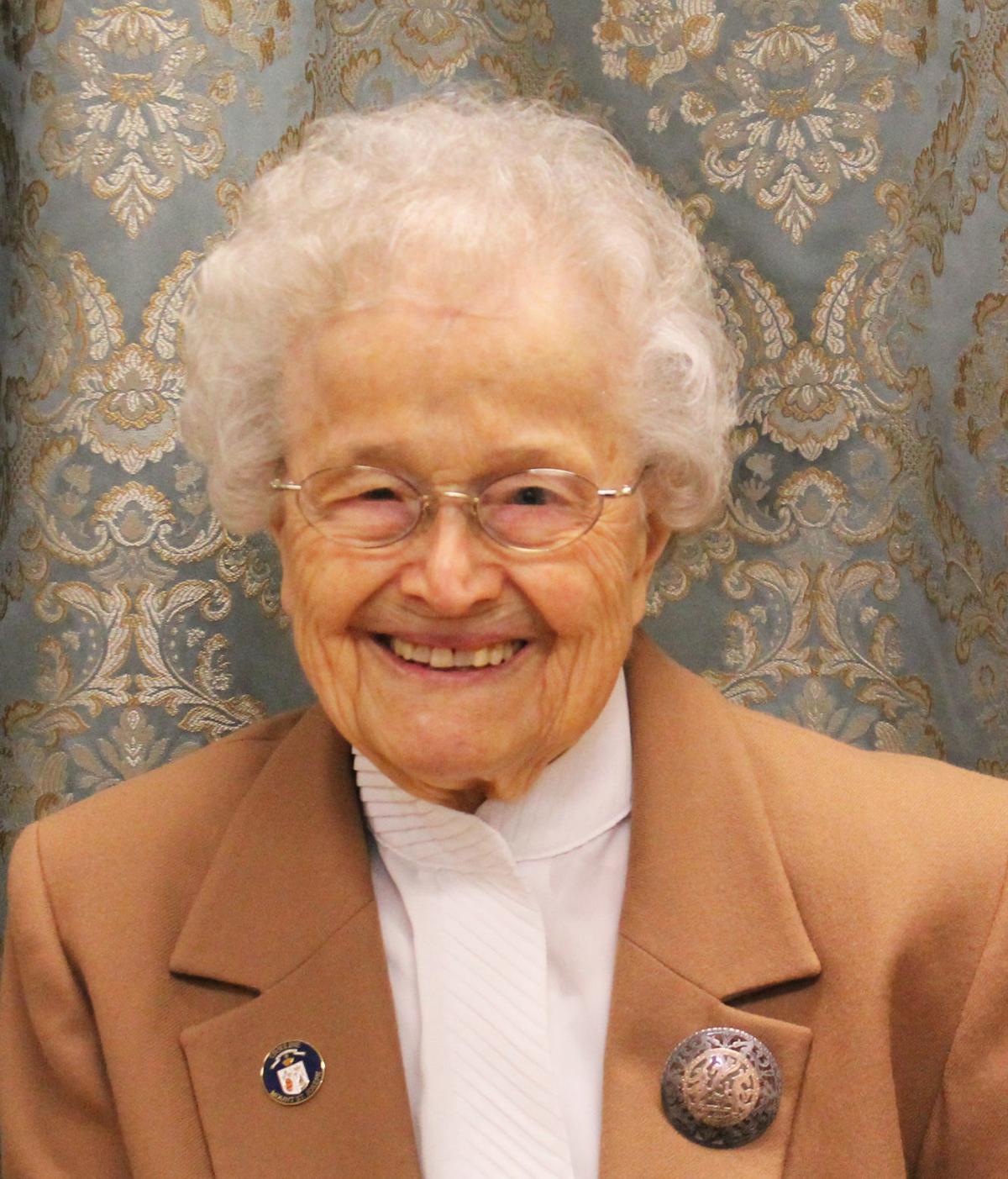 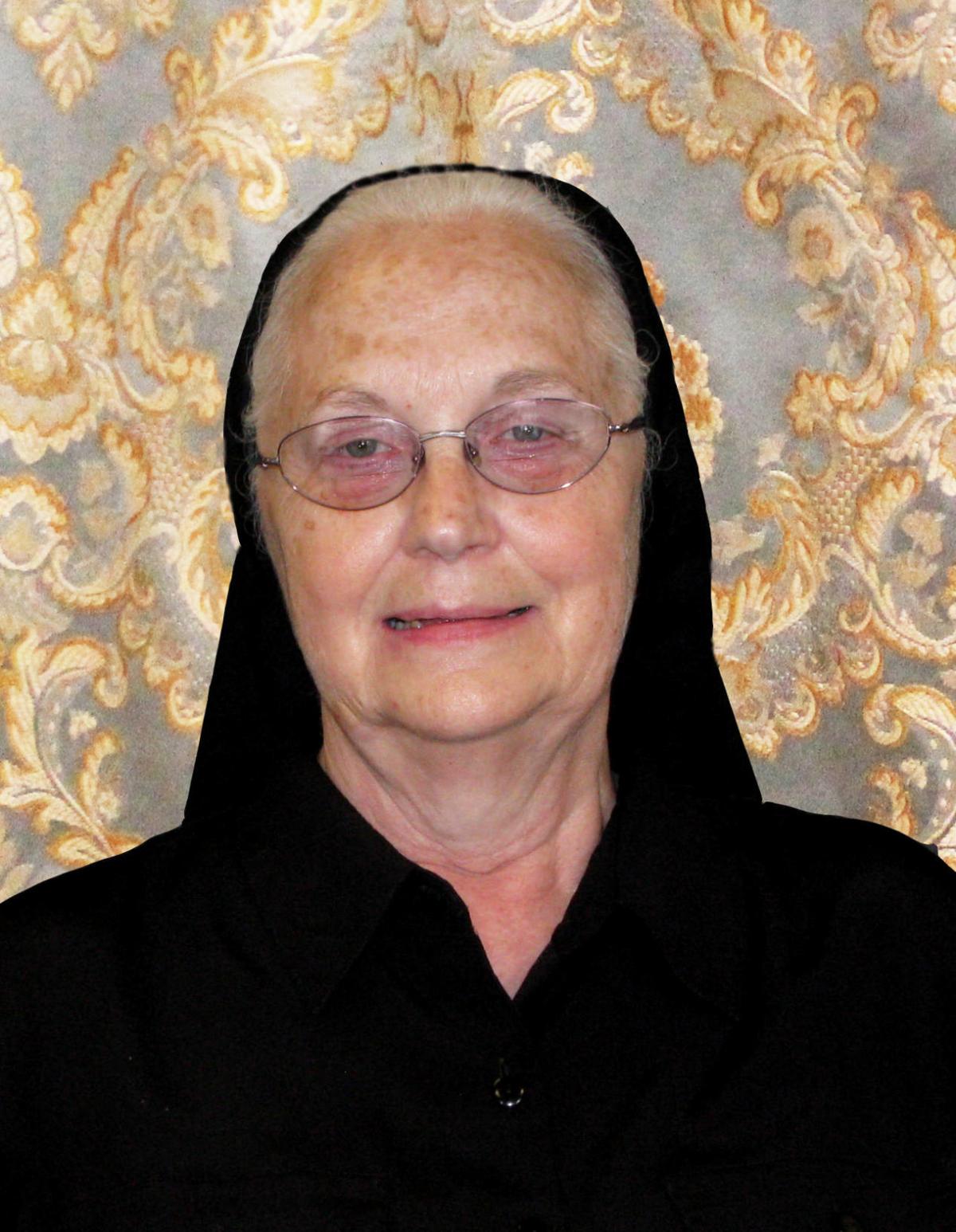 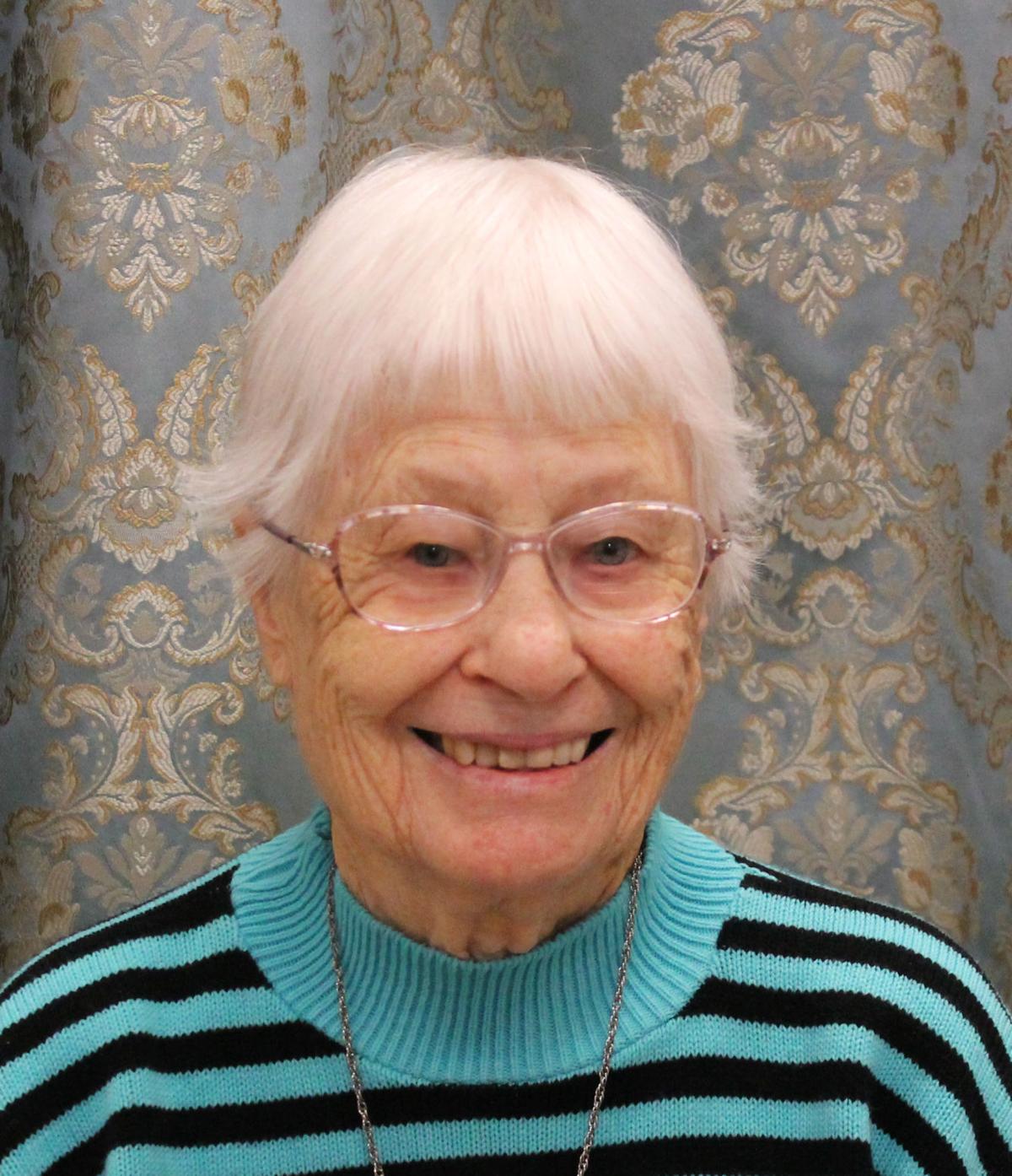 Ten Ursuline Sisters of Mount Saint Joseph are celebrating jubilees of religious profession this summer. The Ursuline Sisters’ Motherhouse is in Maple Mount, about 15 miles west of Owensboro.

Sister Marcella Schrant, a native of Walker, Kan., is celebrating 75 years as an Ursuline Sister. She was previously an Ursuline of Paola, Kan., prior to the 2008 merger with Mount Saint Joseph. All of her ministry was in Kansas until retiring to Maple Mount in 2014. She was a teacher for 43 years, superior of her community (1990-94), a college campus receptionist and a parish minister. She now volunteers with the office of Mission Advancement at the Motherhouse in Maple Mount.

Sister Marie Goretti Browning, a native of Calvary, is celebrating her 70th year of religious life. She served as administrative assistant at Brescia College, 1984-85. She was a parish coordinator for Immaculate Parish, Owensboro, 1985-88; director of faith formation for St. Mary Magdalene, Sorgho, 2004-07, and a pastoral associate for St. John the Baptist, Fordsville, 1999-2000. She also ministered in Paducah, Louisville and Missouri. At the Motherhouse in Maple Mount, Sister Marie Goretti was director of novices (1970-80), assistant superior (1980-84), Council member (2000-2004) and director of the Mount Saint Joseph Conference and Retreat Center (1988-94). She was director of pastoral care at Saint Joseph Villa through 2009. She is now active in the Powerhouse of Prayer.

Sister Elaine Burke is celebrating her 70th year of religious life. She was supervisor of religious education for the Diocese of Owensboro from 1968-73. From 1973-75, she was director of religious education at St. Stephen Cathedral, and religion teacher at Cathedral School. From 1975-80, she was principal and teacher at Immaculate Conception School, Hawesville, and co-director of religious education at the parish. From 1991-2007, she was associate director of the Mount Saint Joseph Conference and Retreat Center, where she also served as a team member for Catholic Engaged Encounter, for the Spiritual Direction Training Program (2004-2018) and as spiritual advisor for Cursillo (2002-15). From 2005-2009, she was coordinator of the spiritual component of the ministry formation program at Brescia University, and served as a spiritual presence in the Department of Theology from 2010-15. She has also ministered in the Archdiocese of Louisville, in Nebraska, and New Mexico. Today she serves in a variety of ministries at the Motherhouse and continues to volunteer at the RiverPark Center, which she has done since 1992.

Sister Marie Carol Cecil, a native of Howardstown, is celebrating her 70th year of religious life. She was a teacher for 45 years, including at Blessed Mother/St. Angela Merici School, Owensboro, 1984-97. She also taught elsewhere in Kentucky and in Nebraska and Missouri. Sister Marie Carol was an AmeriCorps worker in Owensboro from 1997-2000 and provided clerical assistance and transportation at the Motherhouse in Maple Mount. She is active in the Powerhouse of Prayer.

Sister Amanda Rose Mahoney is celebrating her 70th year of religious life. A native of Louisville, she taught in Owensboro at Sts. Joseph and Paul School (1952-57) and Blessed Mother School (1963-67). She served in healthcare at the Motherhouse in Maple Mount (1982-88). She taught elsewhere in Kentucky and in Missouri and ministered to retired sisters and the elderly in Louisville. She is active in the Powerhouse of Prayer at the Motherhouse.

Sister Alfreda Malone is celebrating 70 years of religious life. She was a teacher at St. Pius X School in Owensboro from 1964-65, was registrar at Brescia College from 1965-68, and again from 1978-90. She was secretary to the Leadership Council at Maple Mount from 1968-76 and ministered at the Mount in health care (1977-78), information reception (2009-2010) and as assistant to the archivist (2010-18). She also ministered elsewhere in Kentucky and in New Mexico. She is retired and assists the Ursuline Sisters in Saint Joseph Villa.

Sister Anne Michelle Mudd, a native of Peonia, is celebrating 60 years of religious life. She has been an educator for 56 years, teaching at Immaculate School, Owensboro, 1973-75; Mary Carrico School, Knottsville, 1985-97, and St. Joseph School, Central City, 1964-67. She taught elsewhere in Kentucky and in Nebraska. Sister Anne Michelle taught at St. Paul School, Leitchfield, 1977-85 (serving as principal from 1983-85), and continues there as religion teacher today.

Sister Cheryl Clemons, a native of Wax, is celebrating her 50th year of religious life. She taught at Mount Saint Joseph Academy from 1975-79, where she was also liturgist, sacristan and organist. She taught at Trinity High School in Whitesville from 1980-83. She was director or co-director of the Office of Social Concerns for the Diocese of Owensboro from 1983-88. Much of her ministry has been spent at Brescia College/University. She was an instructor at Brescia from 1983-85, professor from 1995-2004 and academic dean and vice president for academic affairs from 2010-19. She served on the Ursuline Leadership Council from 1992-97, and again as assistant congregational leader from 2004-10. She has also ministered in Chicago, Ohio and Nebraska. She is completing a sabbatical in 2020 and preparing for her next ministry.

Sister Pam Mueller, a native of Owensboro, is celebrating her 50th year of religious life. She taught at Precious Blood School, Owensboro, in 1973-74, and was a speech-language pathologist for the Diocese of Owensboro from 1974-79. She was an assistant professor at Brescia College (now University) from 1981-92, director of Women’s Discernment from 2004-07, and since 2005, she has been director of campus ministry at Brescia. She was director of vocation ministry at the Ursuline Motherhouse from 2000-2006. She has also ministered in St. Louis. She is currently an elected member of the Ursuline Leadership Council, Director of Formation and the Director of Mission Effectiveness for the Ursuline Sisters.

Sister Michele Ann Intravia, a native of St. Louis, is celebrating her 40th year as an Ursuline Sister. She was assistant local community life coordinator at Maple Mount (2002-03) and served at Casa Ursulina in Chile (2003-05). She was a teacher in Kentucky and a teacher and principal in St. Louis. Since 2005 she has served at the Sister Visitor Center in Louisville, first as a caseworker, then as director since 2011.