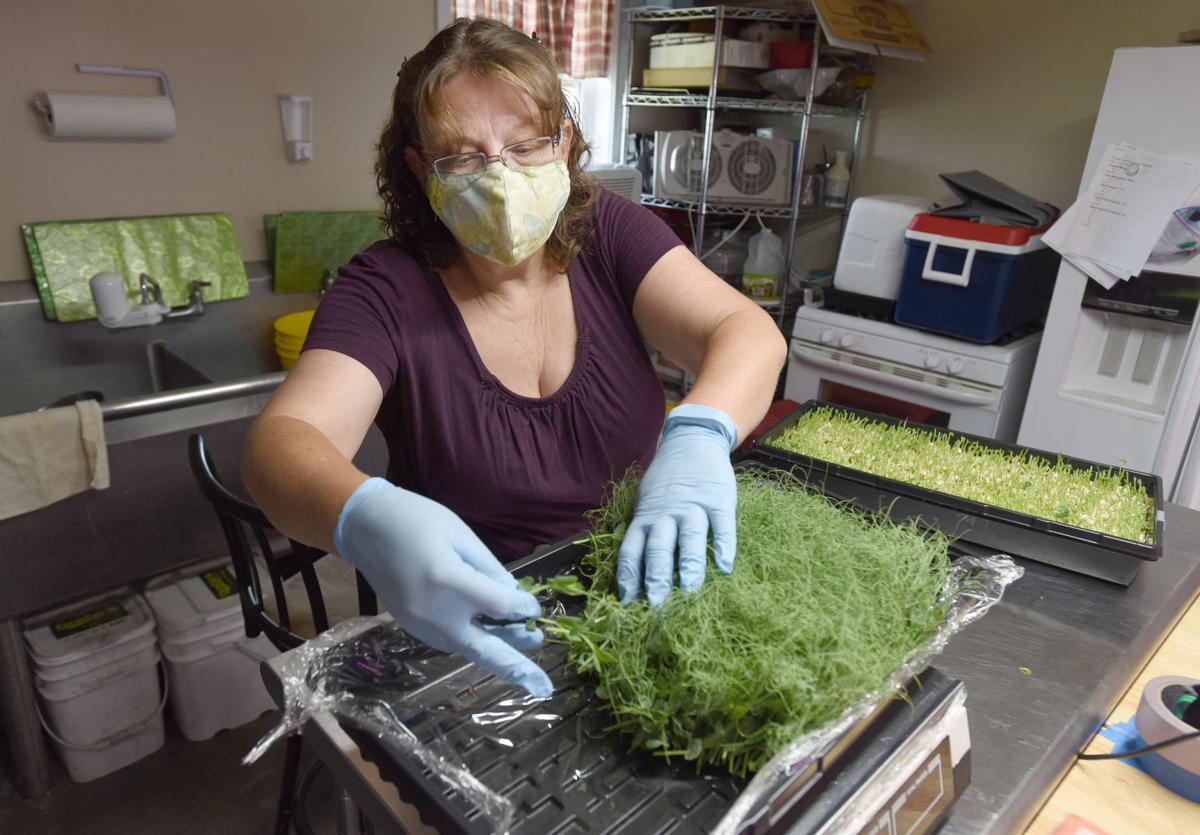 Becky Fischer pulls off some yellow tendril peas microgreens on Friday as she makes individual containers to sell at the farmer’s market at Fischer’s Little Hickory Farm in Philpot. 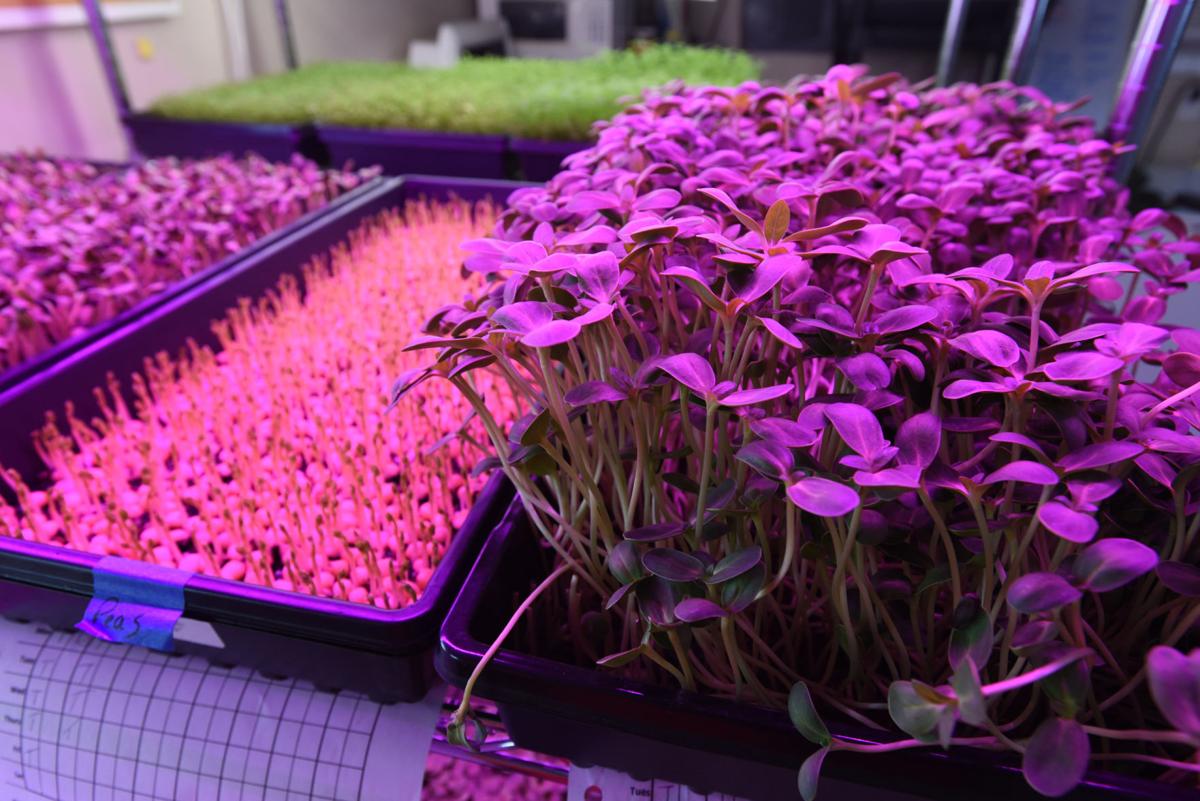 Some yellow tendril peas and sunflower microgreens grow under lamps on Friday at Fischer’s Little Hickory Farm in Philpot.

Becky Fischer pulls off some yellow tendril peas microgreens on Friday as she makes individual containers to sell at the farmer’s market at Fischer’s Little Hickory Farm in Philpot.

Some yellow tendril peas and sunflower microgreens grow under lamps on Friday at Fischer’s Little Hickory Farm in Philpot.

As the old adage goes, ‘big things come in small packages’ and for the Fischer family, that whimsical cliche has taken on a whole new meaning as they have diversified their agra structure through microgreens to offset discontinuing tobacco, said Becky Fischer.

“I never was a microgreen kind of person,” she said. “We quit raising tobacco this year for the first time in decades, so we wanted to venture out and see what else we could do. It isn’t quite the same money as tobacco, but you have to start somewhere. Tobacco is down and as a farm family, you have to diversify where you can. The microgreens are definitely small farming as I like to say.”

Microgreens are vegetable greens harvested just after the cotyledon leaves have developed. They are grown or purchased by people focused on nutrition, and sometimes used as both a visual and flavor component, primarily in fine restaurants. However, microgreens have evolved past simple garnishes and are becoming more and more widely used, especially in terms of boosting nutrition, Fischer said.

”Microgreens, believe it or not, people use them for garnishes or season with them,” she said. “A lot of people use the sunflowers and the kale. It is a health thing. Microgreens, at that size, they have four to 40 times more nutrients than their adult counterpart plant. After eating them, I feel better. Microgreens are a very healthy additive.”

Currently, the Fischers are growing 11 varieties of microgreens that they harvest twice a week to prepare for the Owensboro Farmer’s Markets on Thursday evenings and Saturday mornings. They are currently raising arugula, broccoli, {span}Brussels sprouts{/span}, carrots, cauliflower, kale, kohlrabi, wasabi mustard, peas, sunflower and cabbage, she said.

{”With carrots, it takes 21 to 24 days from sowing the seed to harvest,” she said. “You don’t get a whole lot out of that, maybe four to five ounces on a 10-by-20 tray, but they go so far that it evens out. For sunflowers, it is eight to 10 days and you have a crop ready to go. It is a neat experience. What is really interesting is that the microgreen tastes just like its adult counterpart.

”It is a meticulous process. We have been doing this since last December. When you know what you want and how you want it, it is an easier process. I credit my daughter with all of that. We have every record from every tray and they have lot numbers so if someone says there was something off, we go back to our records so that we can continue to put out a tasty, healthy and quality product.”

While starting a new business is tough in any realm in terms of educating the public, infrastructure and sales, the Fischer’s have found not only an interested public, but a supportive one, especially in the age of COVID, Fischer said.

”We are seeing more people buy local,” she said. “There are so many people that sell out of everything especially given that the farmer’s market is so diversified. For our microgreens, people are showing a lot of interest. We have people that come straight to us first, which is an honor because there are a lot of people that have been at the market for a lot of years and for people to come straight to us so they can make sure that they get a certain variety of microgreen is truly an honor. It really is a neat thing.

”We are just simple people trying something different and healthy and hopefully in the long run, we will make a little money to go along with it.”