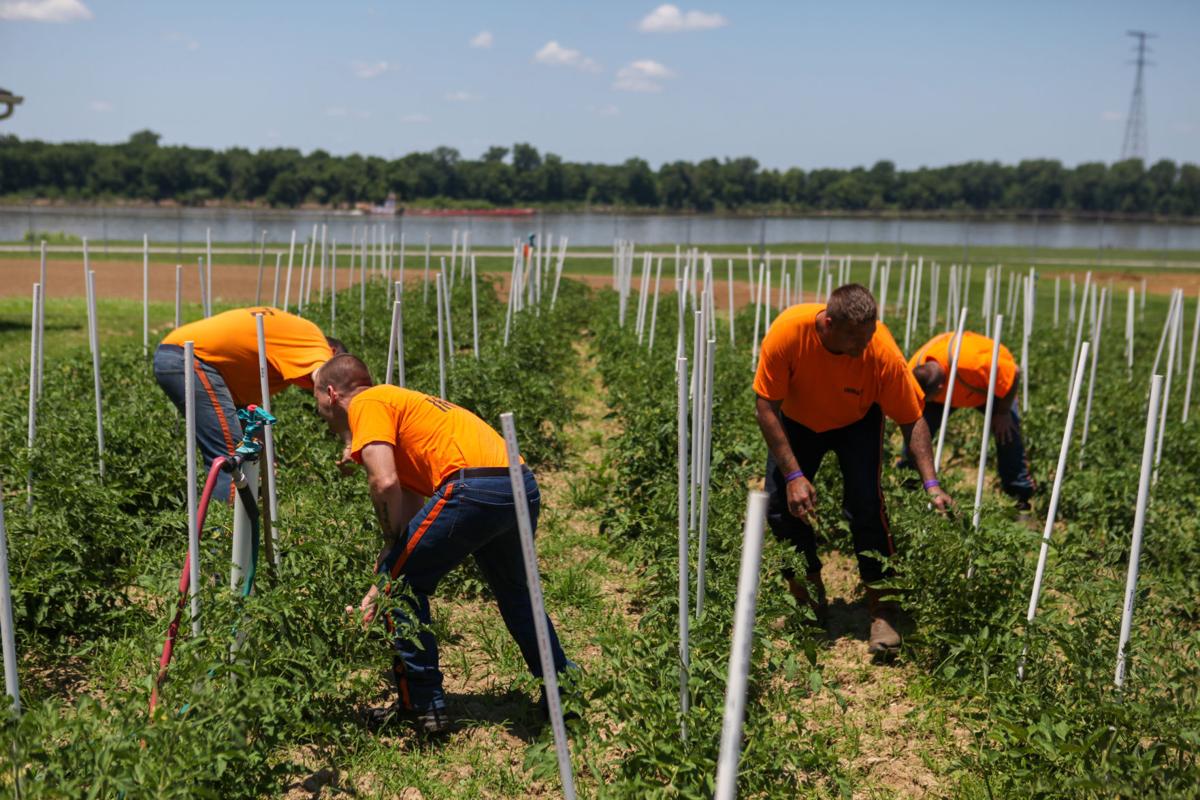 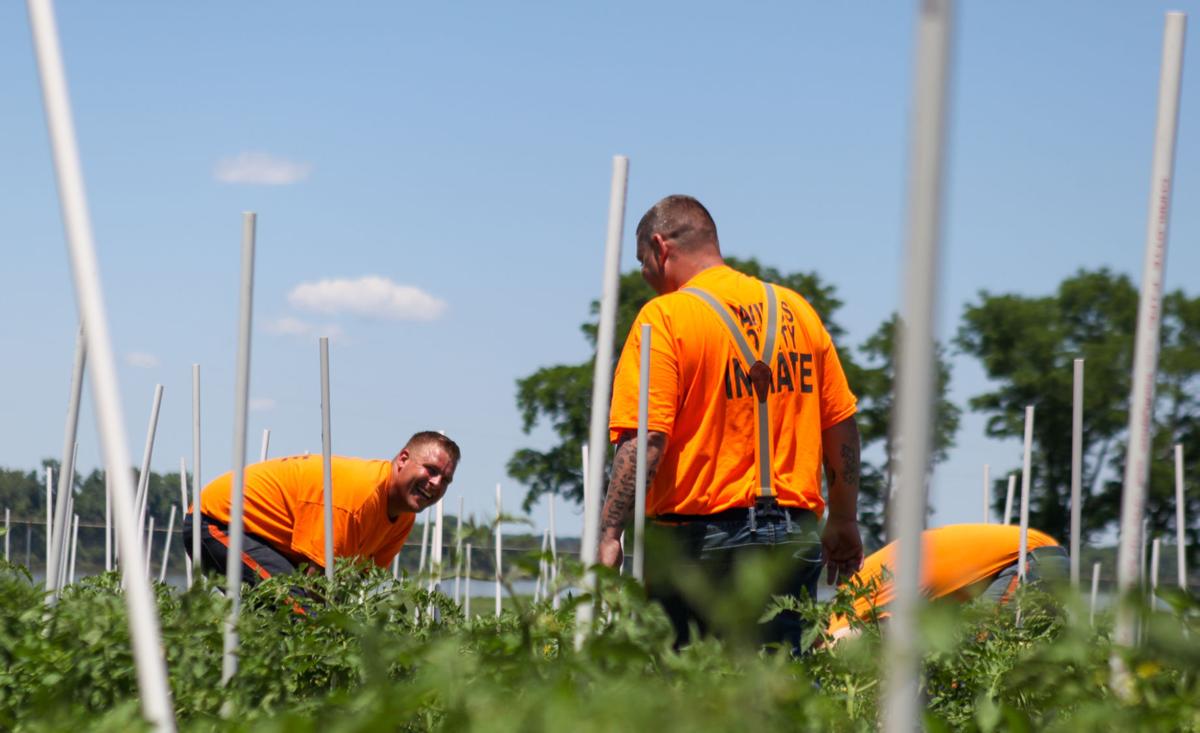 Inmate Steven Juniper, right, talks to inmate Eric Justice, left, as they pick tomatoes from the garden outside of the Daviess County Detention Center.

Inmate Steven Juniper, right, talks to inmate Eric Justice, left, as they pick tomatoes from the garden outside of the Daviess County Detention Center.

Inmates at the Daviess County Detention Center work to maintain multiple vegetable gardens during the summer months as a way of putting them on a positive track and giving back to the community.

According to Daviess County Jailer Art Maglinger, the inmates eligible to work the fields are considered level 1 and level 2 offenders by the Department of Corrections. Inmates who want to work are put through more screening processes by the jail before they are chosen.

This program has been active at the detention center for 17 years. It was started in 2004 by former Jailer David Osborne.

The garden has been downsized this year due to a decrease in the state inmate population after the COVID-19 pandemic. Maglinger said the number of workers was reduced by half.

“We only wanted to plant what we could keep up with,” Maglinger said.

Many of the plants are donated to the jail by Reid’s Orchard and Cook’s Greenhouse.

Inmate Eric Justice, 40, has been working on the jail gardens for two years.

“I like working out in the garden,” Justice said. “It gives us an honest day of hard work.”

The plants grown by the inmates are used in their own meals, which helps to reduce food costs.

Maglinger, who has been the jailer since 2017, said that he has seen an overwhelmingly positive reaction from inmates who have worked on the garden.

“It sets them off on better footing to enter society because they’ve taken responsibility in working at the facility,” Maglinger said. “I think it’s a really positive program for the inmates and the community both.”

Each year, the inmates grow pumpkins to be donated to local elementary schools around Halloween.

The inmates are currently tending to tomatoes, cabbage and peppers, and will begin their pumpkin project soon.

Inmate Steven Juniper, 30, feels like working on the gardens has had a positive impact on his time at the detention center.

“It keeps me on a regular schedule instead of negative habits and stuff I had going on,” he said.

Inmates Jeffery Jennings and Brian Bean, who both began working on the gardens this summer, echo the positive impact it has had.

“I’ve loved being outside, being in the sun,” Jennings said. “It’s a change in scenery and different from what we do every day, so I definitely enjoy it.”

Bean said that he has learned things that he plans on taking with him throughout his life.

“I need to help my grandmother,” Bean said. “And my aunt, she loves doing this stuff, so it’ll definitely help.”

Always a nominee, never a winner! Can you believe these actors don't have Oscars?

Ready and waiting! Movie sequels that kept us waiting for YEARS

Abducted by aliens and with a scar to prove it! These stars have encountered extra-terrestrials