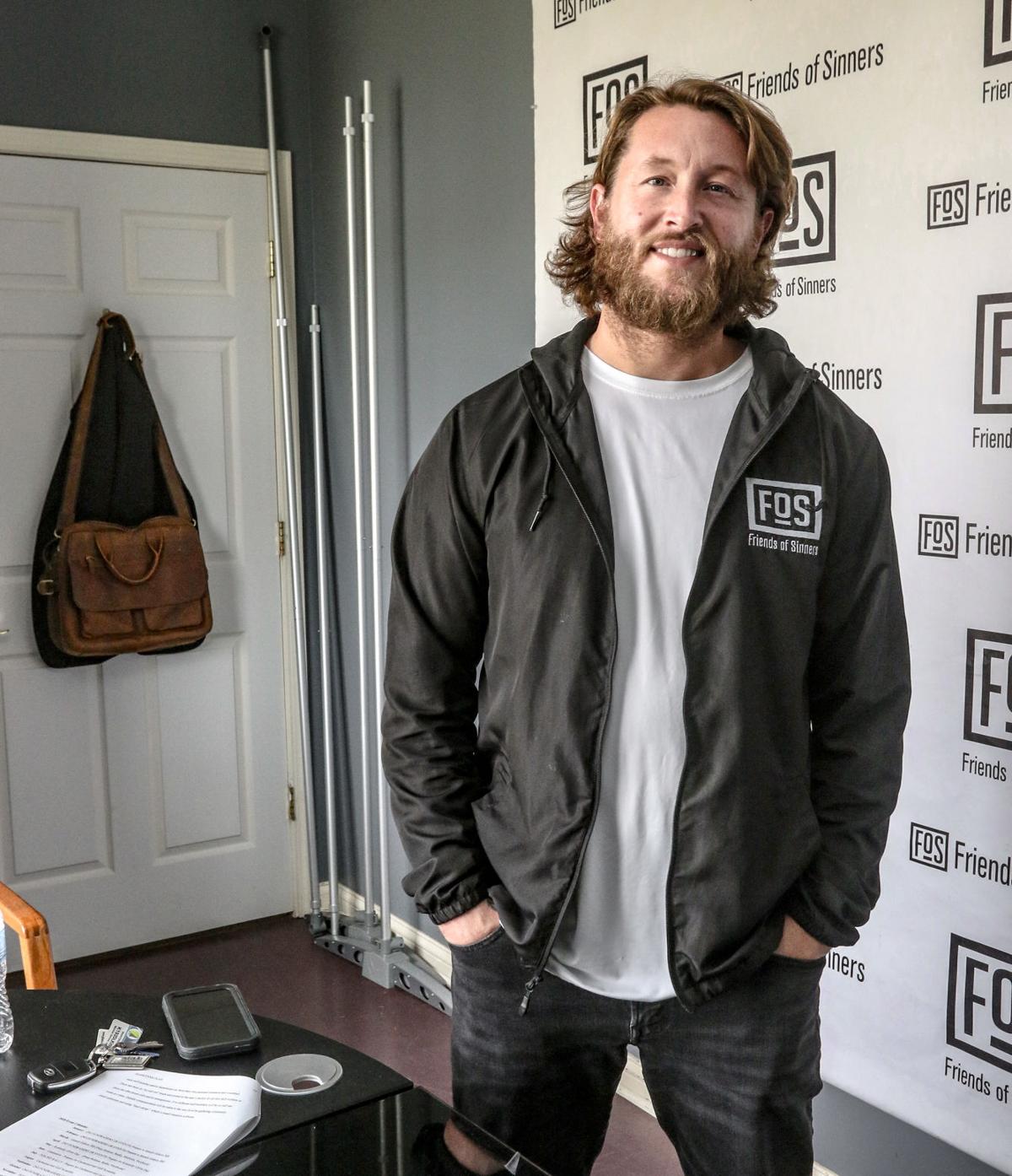 Jordan Wilson stands in his office last week at the Christ-centered substance recovery program, Friends of Sinners, on Clay Street in Owensboro. After a long road of recovery from painkiller addiction, Wilson is now the director of development. 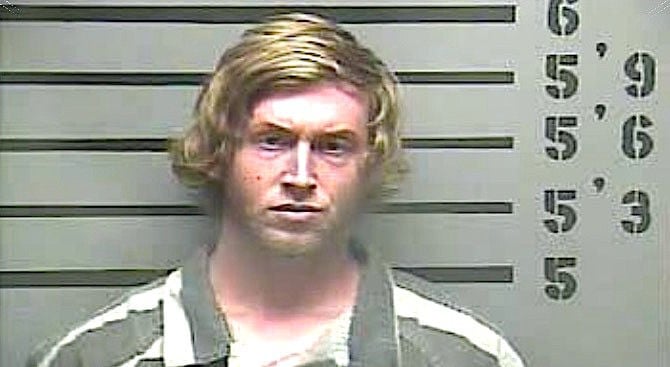 Jordan Wilson is pictured after his Madisonville arrest in 2014 for trafficking synthetic drugs.

Jordan Wilson is living a different life and in many ways a better life than he was five years ago.

Wilson, 32, said he never envisioned himself as the development director for Friends of Sinners — the place where he spent multiple stints trying to recover from his addiction to painkillers.

“My plan was to graduate the program by the skin of my teeth — maybe work a factory job, not really serve the church, not really work in ministry,” Wilson said. “But God’s plan was much better. God’s plan was for me to fall head over heels in love with the Lord, to be in a leadership role at Friends of Sinners and to be in full-time ministry.”

But before Wilson realized God’s plan, he had to go on a seven-year journey that would involve addiction, drug dealing and ultimately jail.

At age 20, Wilson, a Madisonville native, said he was primarily “drinking and smoking weed but didn’t mess with any hard drugs.”

About two years later, however, Wilson tore his anterior cruciate ligament (ACL) while working out at a gym.

Wilson said that’s when a doctor prescribed him painkillers for his injury, which would take him down a dark path.

“I immediately abused them,” Wilson said. “I started taking more than what was prescribed. They gave me this euphoric feeling where I had this energy and this confidence. Before I knew it, the doctor said that my knee should be better. But I was already physically addicted and I didn’t even know it.”

Wilson was funding his initial $100-a-week habit with a factory job he had at the time.

Wilson said his addiction eventually caught up with him, costing him his job, home and friendships.

“My tolerance kept going higher and higher until all of my paycheck from work was going toward these pain pills,” he said. “I wasn’t paying my bills. If I went more than 12 hours without these pain pills, I would get terribly sick. …I called into work one too many times and they let me go. I had been there for a couple of years; I was making pretty good money and I had bought a house during that time. And all of a sudden, I lost my job.”

He began doing odd jobs but then teamed up with another trafficker and the two started dealing drugs out of Wilson’s house.

Wilson said his addiction “skyrocketed” from there.

“I was manufacturing drugs; I was selling drugs and then I started using new drugs; I got addicted to methamphetamine,” Wilson said. “Everybody in my family knew I was on drugs and my friends who I had previously didn’t want to hang out with me because I was so bad off. Looking back, I can’t blame them.”

Wilson’s drug business, however, was short-lived once he caught the attention of law enforcement in 2014.

“My criminal lifestyle came to a halt when nine Madisonville police officers busted down my door and got me for trafficking drugs,” Wilson said.

He was taken to Hopkins County Jail and charged with what was then a class A misdemeanor for trafficking synthetic drugs. The state has since changed the charge to a class D felony.

Wilson said he was sentenced to three months in jail and long-term rehab.

That’s when Wilson was introduced to Friends of Sinners as a client.

Wilson said he was there four months before he relapsed. He was kicked out of the program and returned to jail.

Wilson was allowed back into Friends of Sinners two more times but was unable to make the necessary changes.

“Friends of Sinners — they were kind enough to let me in three different times and all three times I was never fully surrendered to God,” Wilson said. “So I failed. …After that third time, I kind of gave up on myself and I thought I was just going to die a drug addict.”

For a span of five years, Wilson was engulfed with his drug addiction.

In 2016, Wilson said he needed “a place to crash” and found it at his mother’s house on Good Friday of that year.

Wilson added that he made a deal with his mother that he would return to rehab if she allowed him to stay.

“When I walked into her doors, I was met by the Holy Spirit,” Wilson said. “The atmosphere in my mom’s house was so calming and peaceful. There was no shame or any kind of grief that I felt. My mom told me that she had been praying and fasting that I would give my heart back to the Lord and get clean and sober.”

Two days later, Wilson said he went to church with his father on Easter.

During that church service, Wilson said he answered the altar call.

“I ran down to that altar like a man on a mission and I surrendered my heart to Jesus Christ on that day,” Wilson said. “…I have never used again since that moment.”

But Wilson still made good his promise to his mother and entered Isaiah House Treatment Center — a faith-based rehab similar to FOS — in Willisburg.

It was there Wilson not only detoxed but also committed himself to both spiritual and physical healing.

Wilson said he started out as a client but eventually became an employee — first an office clerk and then a house management position.

“I was about six months clean and I was walking with the Lord,” Wilson said. “I would teach Celebrate Recovery class; I would pray with the guys; I would just do life with them and show them Jesus.”

Wilson was then asked to be the Isaiah House Treatment Center’s public relations person, spending about two years in that role until taking his current job at FOS, where he does community outreach, marketing and fundraising.

Joe Welsh, FOS executive director, said out of nowhere Wilson reached out to him about “hypothetically Friends of Sinners being interested in a marketing department.”

“As far as Friends of Sinners is concerned, he was the least likely person (for the job); he was someone who had failed and who didn’t do well in our program and who had made really big mistakes while he was in the program,” Welsh said. “It was kind of the perfect storm and God putting him in that position.”

Wilson said he has not only surrendered to Christ but has found a career and has started a family of his own.

And on March 27, 2021, Wilson will celebrate five years of sobriety.

“Five years later, I am still being healed,” Wilson said. “My mind is still repairing but my thoughts are getting sharper every day. It’s just really, really exciting coming to life again.”