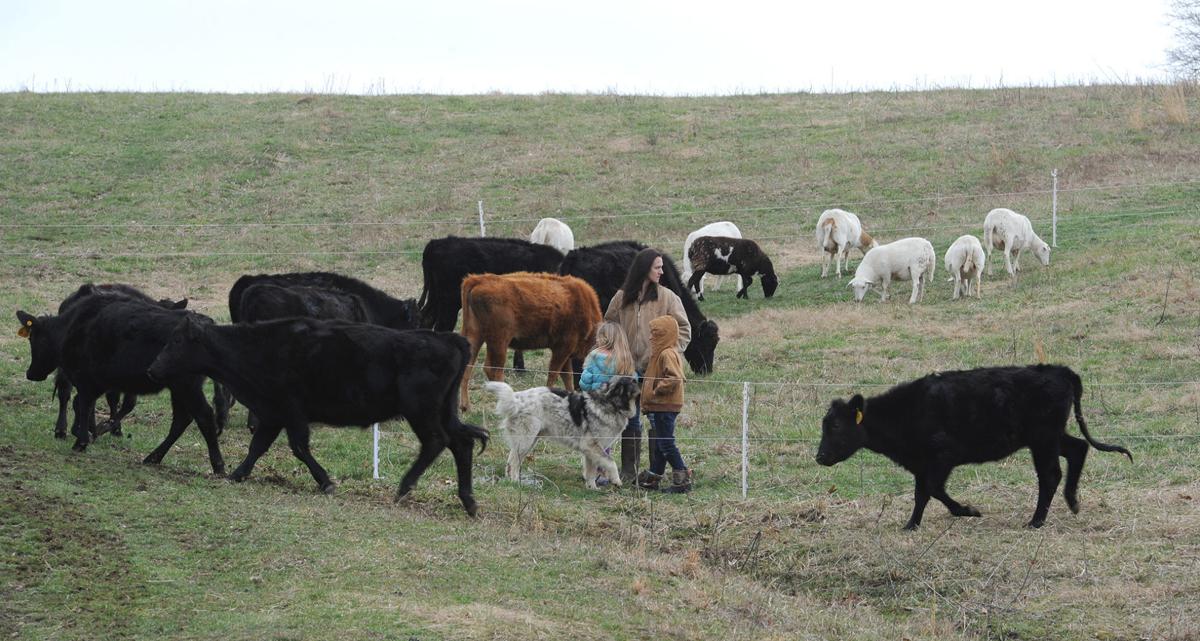 Lydia Gibson along with her children, Layla 5, and Jyle 7, open the electric fence for the cattle and sheep to move into another area to graze on Wednesday at Bluegrass Grazing in Ohio County. 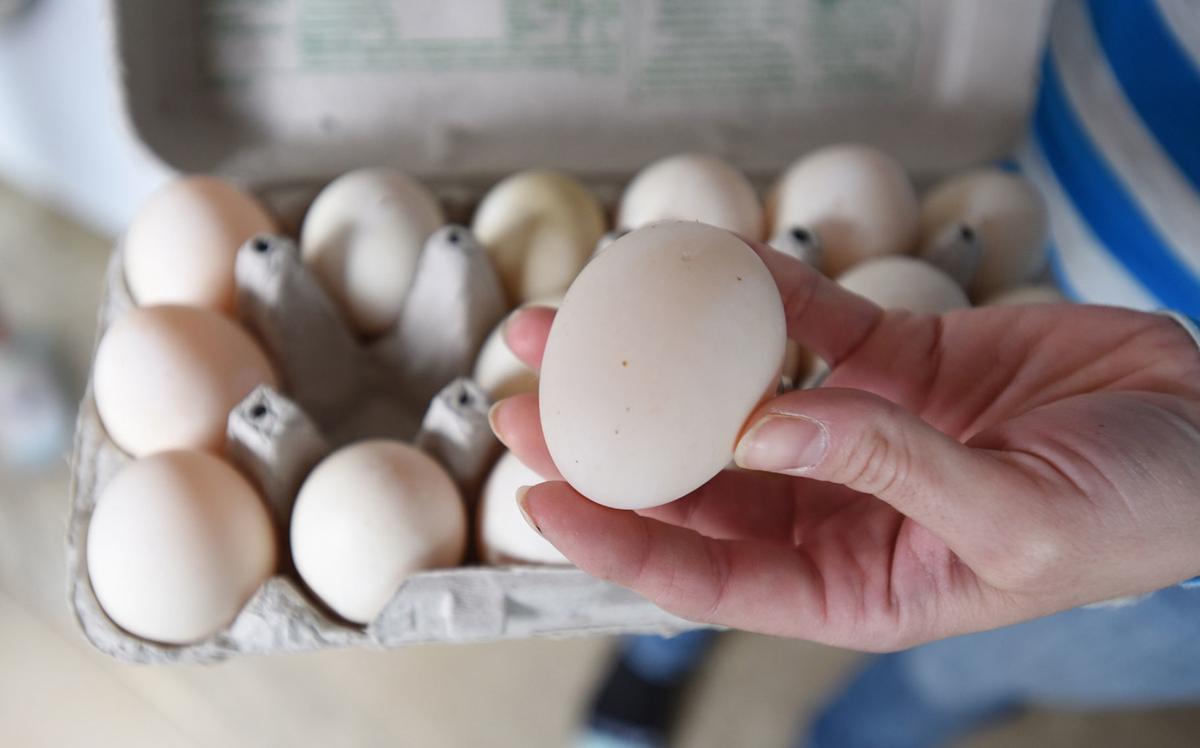 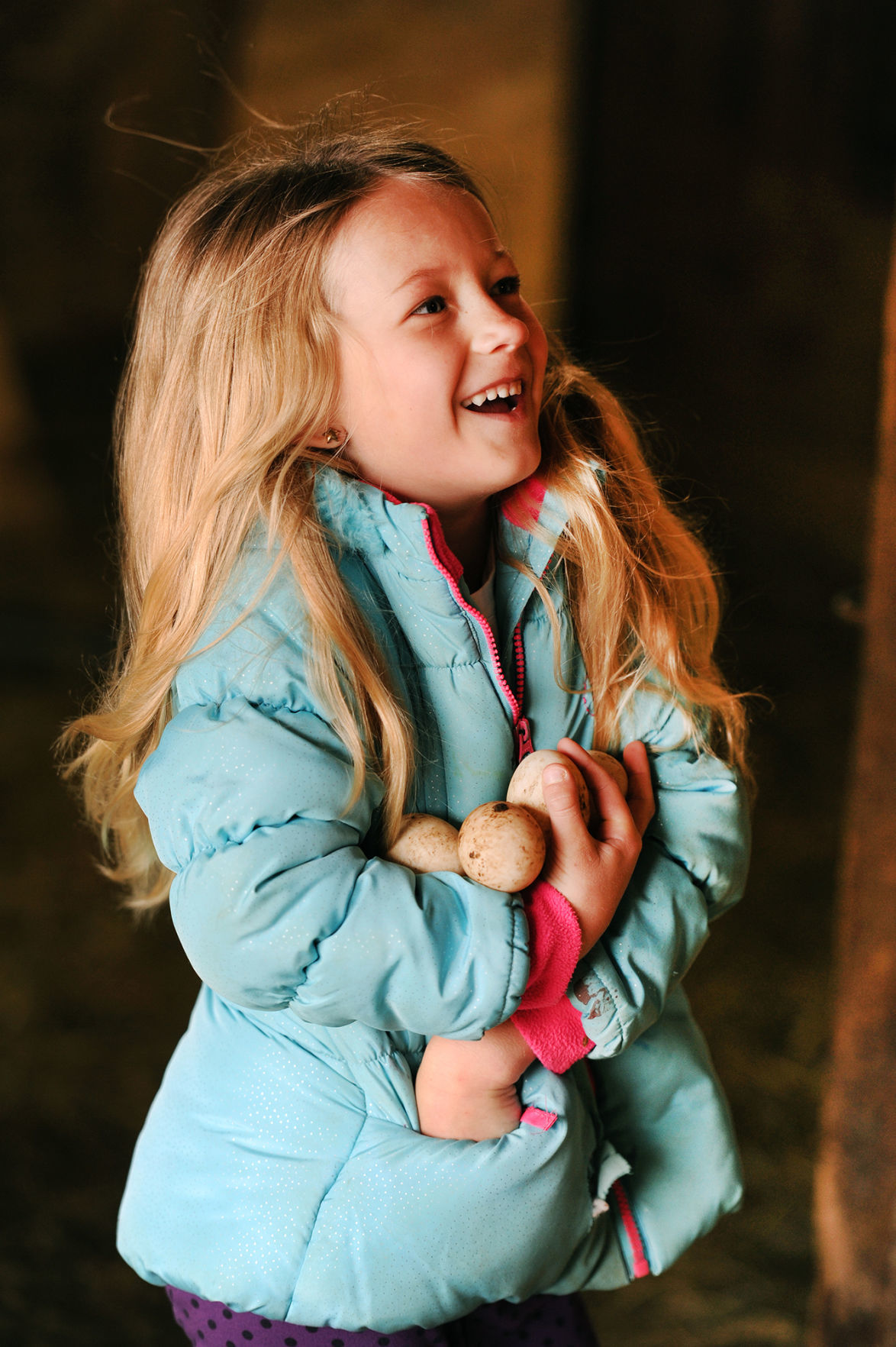 Layla Gibson 5, gathers duck eggs from the barn on Wednesday at Bluegrass Grazing. 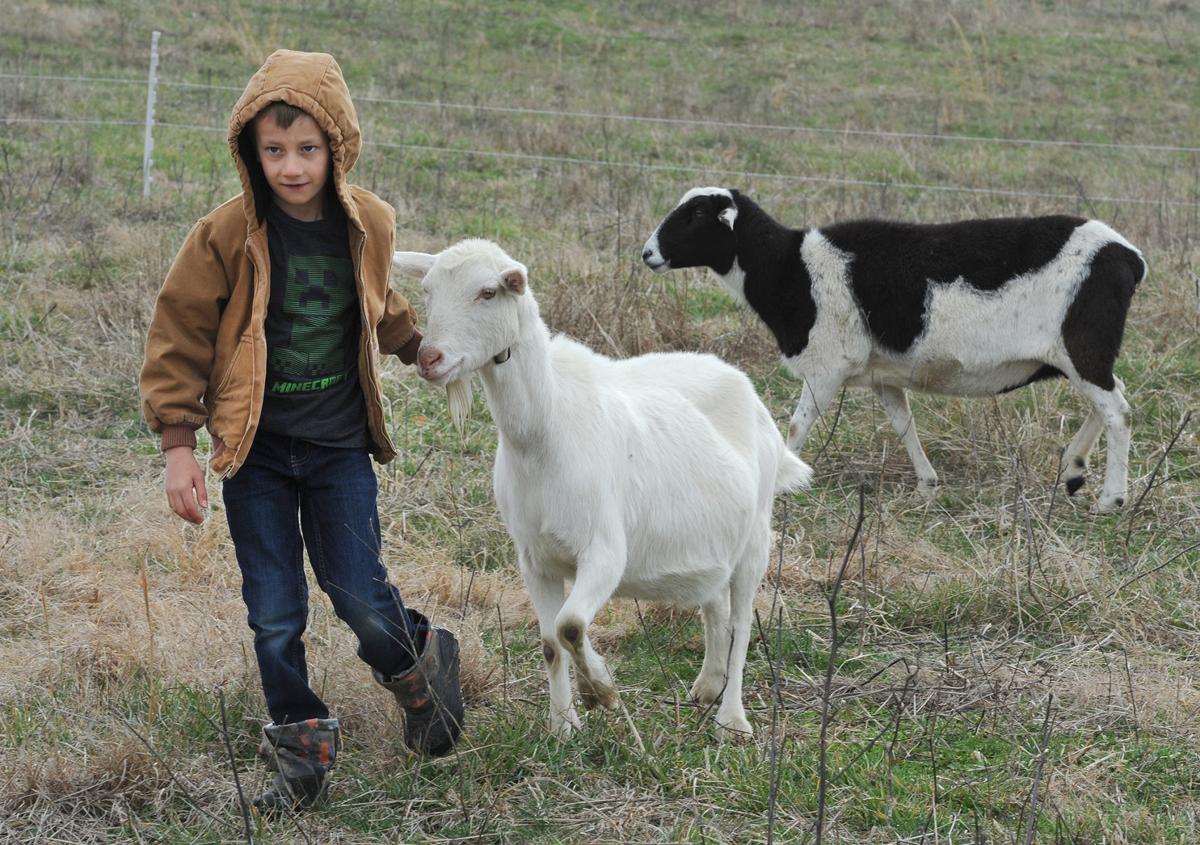 Jyle Gibson 7, leads Daisy out in the pasture at Bluegrass Grazing. 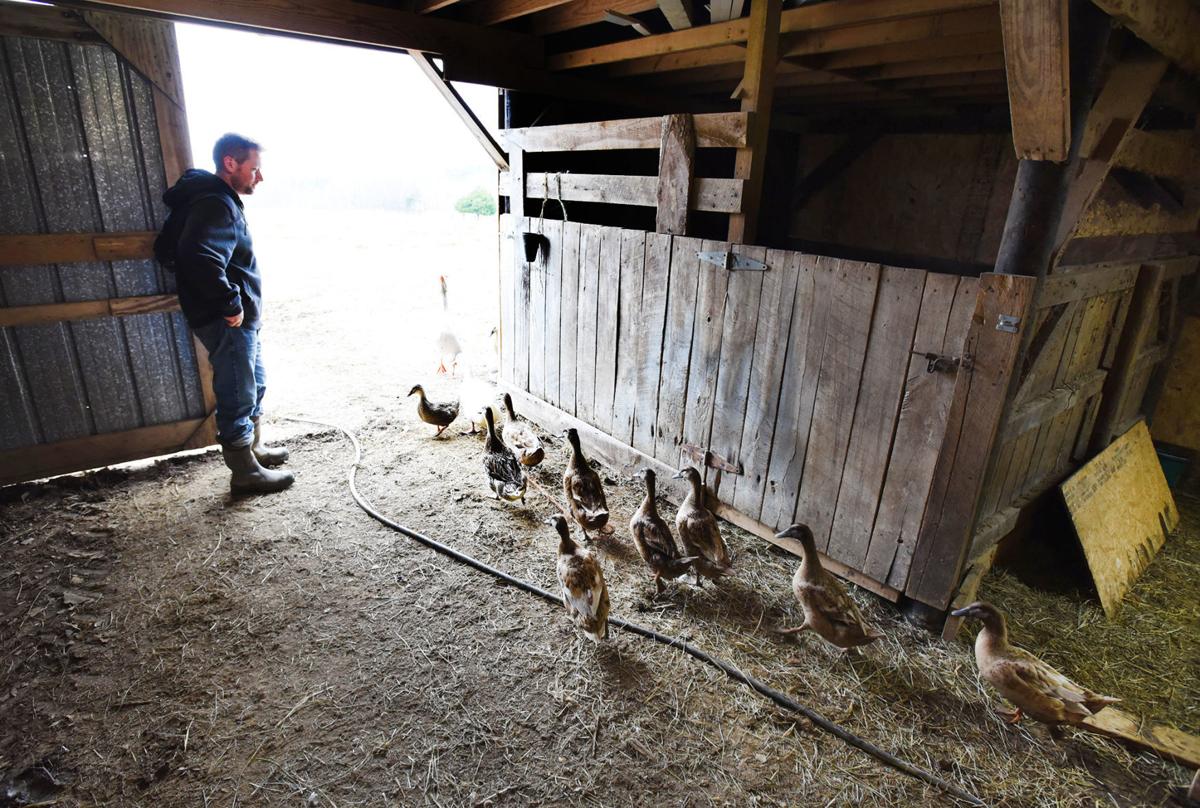 Lydia Gibson along with her children, Layla 5, and Jyle 7, open the electric fence for the cattle and sheep to move into another area to graze on Wednesday at Bluegrass Grazing in Ohio County.

Layla Gibson 5, gathers duck eggs from the barn on Wednesday at Bluegrass Grazing.

Jyle Gibson 7, leads Daisy out in the pasture at Bluegrass Grazing.

Jeff and Lydia Gibson’s experience in raising livestock was limited when they purchased their 47-acre farm five years ago in northern Ohio County.

Lydia Gibson had some knowledge by growing up on a farm in Daviess County.

But Jeff Gibson, a Texas native, had zero experience when it came to farming or raising livestock when the couple met while both were serving in the Air Force.

“When I was in the military, I started having health problems — stomach issues,” Jeff Gibson said. “My wife started doing research; she thought maybe it was the food we were eating. She started cooking better, healthier food. We did more research and started looking more into grass-fed beef.”

According to the Center for Meat Safety & Quality, 97% of the beef produced in the United States is grain-fed. The remaining 3% is grass-fed beef, which is typically leaner in fat content.

To raise grass-fed livestock, that meant Kentucky was the better option over Texas.

“I saw the problem of trying to raise grass-fed beef in Texas, which doesn’t have a lot of grass,” Jeff Gibson said. “You have to work really hard to keep your grasses growing in Texas. Where in Kentucky, there’s a lot of grass.”

At first, they were going to raise their live-stock for personal consumption.

But Jeff Gibson said to help offset costs, the couple decided to create a small business they named Bluegrass Grazing.

“I was about ready to get out of the military and I was like, ‘How about we raise it ourselves and get a farm,’ ” Jeff Gibson said. “And then, I was like, ‘Well, if we’re doing that, why don’t we raise a little more, sell it and make money.’ ”

And Lydia Gibson said the plan was to limit it to cows and sheep.

“When we moved here, I told my husband we will never have pigs or chickens,” Lydia Gibson said. “I guess never say never.”

The Gibsons have expanded to not only raising 100% grass-fed cows and sheep but also to pasture-raised pigs and chickens.

And they’ve grown their livestock operation while Lydia Gibson works full-time as a probation and parole officer, and Jeff Gibson is going to nursing school. They’re also raising two children — Jyle, 7 and Layla, 5.

“We started doing this and we fell in love with it,” Jeff Gibson said. “Now, we’re in transition; we want to do this full time and make a profit off of it.”

The Gibsons have their beef, pork and mutton processed either in McLean or Wayne counties. And most of what they sell is through farmers markets or from being contacted through social media.

Lydia Gibson said they also welcome their customers to visit their farm.

“We believe in being completely transparent with our customers,” Lydia Gibson said. “…I think there’s more weight in getting to know the customers, them getting to know us and just seeing what we do. Just because something is organic or free-range, it doesn’t mean it’s seen a blade of grass.”

To ensure their livestock doesn’t take their pasture or grassland to bare dirt, the Gibsons corral them using a Polywire mobile electric fencing to move the sheep and cows to different areas of the farm.

They also purchased two large Bulgarian shepherds to protect the livestock from coyotes.

In the future, the Gibsons plan to start offering duck eggs as part of their commercial sales.

The Gibsons said one of the best parts about raising their own livestock is that they know what they’re eating and how they’re raised.

“If we do it ourselves, we know exactly where it’s coming from,” Jeff Gibson said.