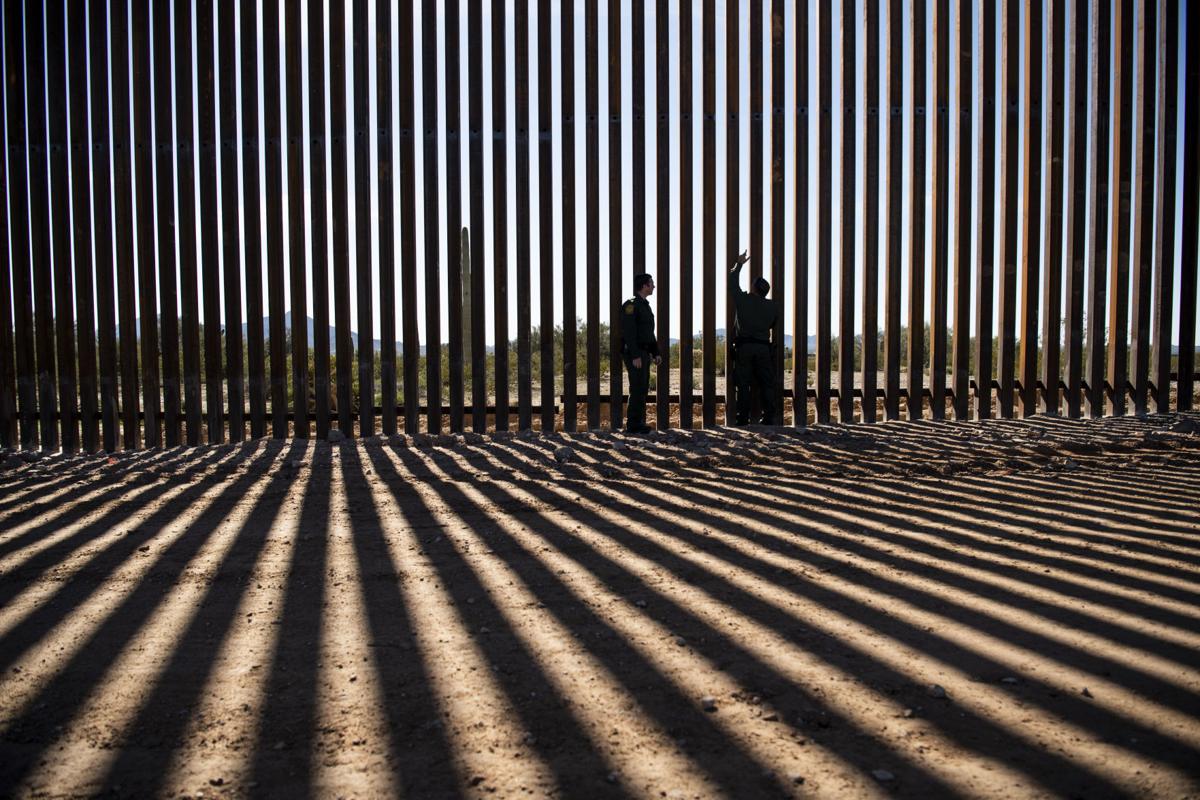 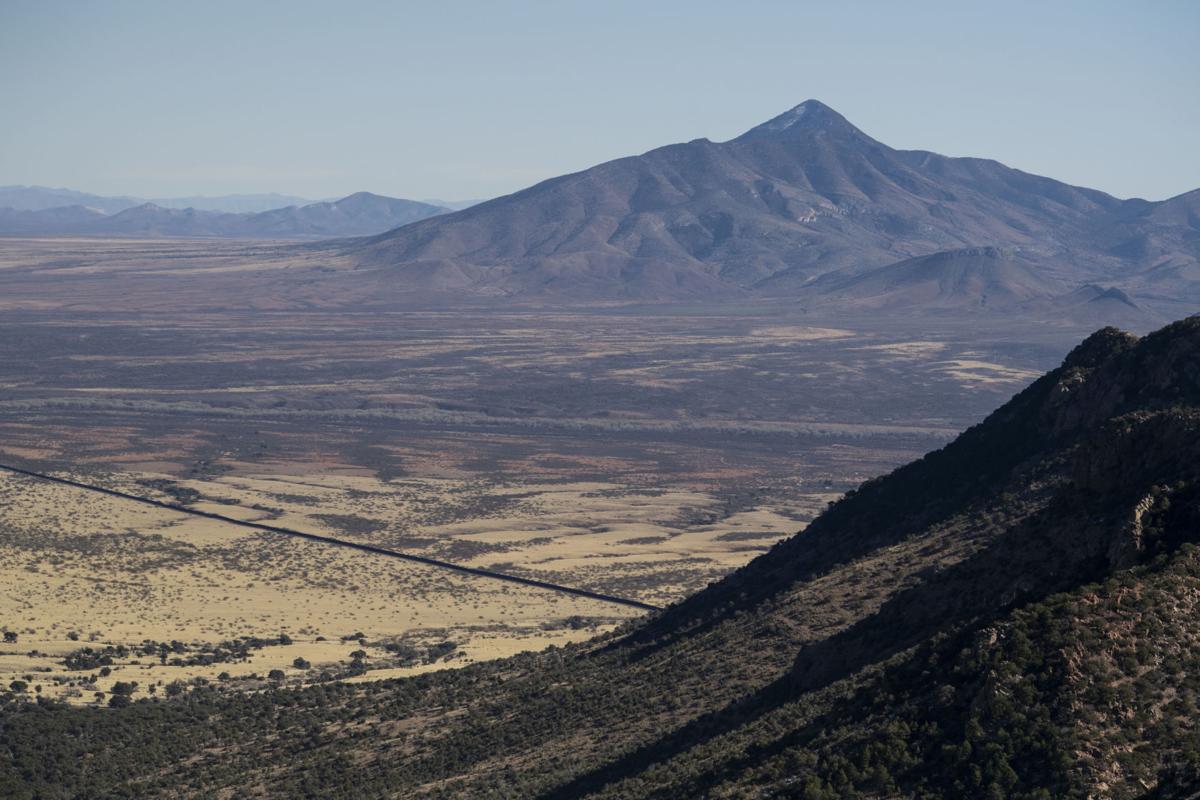 The border fence is seen in the valley from Montezuma Pass in the Coronado National Memorial near Hereford, Ariz.

The border fence is seen in the valley from Montezuma Pass in the Coronado National Memorial near Hereford, Ariz.

DOUGLAS, Ariz. — The $18 billion steel barrier President Donald Trump is building along the Mexico border is one of the largest federal infrastructure projects in U.S. history. It is not a wall, but a “wall system,” U.S. officials say, with roads, lighting, sensors and advanced technology.

And as soon as it is in place, an array of forces, both natural and man-made, will begin working to wear it down.

The long-term costs of maintaining hundreds of miles of additional barriers is largely unknown, and experts say it could put taxpayers on the hook for billions of dollars. The Trump administration has not said what the government expects to spend in coming decades on upkeep and repairs for the structure — or its roadways and technology — which crosses remote deserts and Texas riverbanks where extreme weather is common and powerful smuggling organizations are relentless.

Homeland Security officials and Trump supporters have mostly waved off such concerns, describing the project as “enduring infrastructure” that will last far into the future. But lawmakers and congressional staffers from both parties said they lack information about the projected maintenance costs.

Construction crews have completed more than 110 miles of new barriers so far, according to the latest figures, and the president pledged Tuesday night during his State of the Union address that his administration would finish more than 500 miles by early next year, a span of fencing long enough to stretch from Washington, D.C. to Cincinnati. The White House is planning to divert an additional $7.2 billion from this year’s defense budget for the project, enough to extend the wall system across nearly 900 miles by 2022.

Ronald Vitiello, the former chief of the U.S. Border Patrol and a longtime advocate for more formidable border barriers, said higher maintenance costs would be the logical result of having superior fencing, better roads and state-of-the-art electronics — all of which he views as a worthwhile investment.

“Yes, the more miles you lay down, the more you need for operations and maintenance,” Vitiello said. “If you live in a condo and move to a house, you’ll have more expenses.”

Perhaps the biggest risk to the structure’s upkeep is the partisan and highly personalized nature of the project itself. Unlike the interstate highway system, or the country’s bridges and ports, the border wall system does not enjoy broad bipartisan support, raising doubts about whether future administrations will pay to maintain it in top condition. Its association with the Trump presidency could prove to be its most enduring feature.

U.S. Rep. Lucille Roybal-Allard, D-Calif., chairwoman of the House Homeland Security appropriations subcommittee, said lawmakers have asked for detailed estimates on the cost to upkeep and repair the barriers, but DHS officials have not provided the projections.

“One of my primary objections to appropriating additional funding for border fencing has been the significant cost of both constructing and maintaining it when considering higher priority security investments needed across the department, such as recapitalizing the Coast Guard fleets of aircraft and vessels,” Roybal-Allard said in a statement.

Repairs to the structure from vandalism and breaching attempts are another potential liability. The president and other senior officials have acknowledged in recent months that smugglers have sawed through the bollards in some locations, requiring welders and work crews to quickly patch the breaches. One former U.S. official with knowledge of the breaches said repairing the steel bollards costs between $5,000 to $10,000 per panel of fencing, depending on the location and terrain.

Trump told aides last year that he wanted the new barrier painted black, so the metal would absorb more heat and become hot to the touch, discouraging climbers. The administration spent $1 million to paint a one-mile span of fencing in California’s Imperial Valley, using U.S. troops to perform the labor.

Keeping the entire structure coated in paint could have added hundreds of millions of dollars to the cost, and Border Patrol officials and the U.S. Army Corps of Engineers have tried to talk Trump out of his plan. For now, the president relented in his demand, administration officials said, after being convinced the metal could still absorb heat without the paint.

Experts say a greater long-term risk is erosion damage along the structure’s concrete base, especially in western states where the seasonal thunderstorms known as “monsoons” can dump large amounts of rain in short periods, turning dry creek beds into churning, fast-moving floodwaters that carry debris.

Highway engineers in those states reduce the risk of washouts by installing culverts to allow floodwaters to pass beneath roadways. But the U.S. Border Patrol cannot place culverts under the barrier because smugglers and migrants could use them to crawl through.

Instead, border officials are planning to install hundreds of large storm gates to prevent floods from damaging the structure or toppling it. The gates, which are operated manually, are typically opened at the beginning of the summer monsoon season and remain open until the threat passes in late September.

At locations where the gates already are in place, they require crews with forklifts to open and close them, but calculating the additional costs from those operations is difficult because Trump administration officials have not said how many gates they plan to install nor what style they will use.

With or without gates, erosion damage is a risk anywhere water flows in sudden, gushing volumes, said Ed Zarenski, a retired construction estimator and analyst in Massachusetts who worked on large infrastructure projects including state prisons and corporate offices.

“You are placing something impenetrable across drainage area, so drainage will get dammed up in certain locations, and that will lead to under-wash,” Zarenski said.

The weight and size of the barrier’s steel panels require the use of heavy equipment, and transporting that equipment to remote locations is costly, he said: “There will be locations where the foundation is undermined, and that can lead to toppling of the wall. Then you will need to bring in big machinery.”

Trump administration officials have maintained that the 30-foot steel bollard fencing is the foundation of what U.S. agents call a “border enforcement zone” that will be a dramatic improvement over the status quo.

“Infrastructure changes the dynamic of border enforcement,” Roy Villareal, chief of the Border Patrol’s Tucson sector, said in an interview. He specifically pointed to the expansion of improved roads that will allow agents to respond more quickly and across a much larger map. “Part of having a border wall means having access to remote areas.”

Some landowners along the border, including those who oppose the wall project, said they have little confidence future administrations will want to spend large sums of taxpayer dollars to maintain the structure.

“No president is going to allocate money to maintain it, nor millions to tear it down, so it’ll probably just rust and decay,” said Alan Finks, whose family’s historic ranch here in southeast Arizona will soon have the barrier looming over it.

Decades from now, Finks said, he expects it will be a shabby, dilapidated structure wasting from neglect — a vertical “junk yard.”

“It’ll be a historic artifact to remind us of a time the government did something really weird,” Finks said.

Images of the barrier tipping over in high winds at a California construction site last month circulated widely, but authorities said those sections were not yet fully anchored in concrete; other panels nearby that were anchored held fast against the wind. Some engineers have raised concerns about the effect of high winds on the barrier.

While the bollard design allows air currents to pass between the metal bars, the upper portion of the structure features a flat steel plate — a smooth surface that is meant to prevent climbing. In extreme wind, the plate could act like a sail, Zarenski said.

“The higher the wall, the greater the wind loads,” he said. “Imagine 50 mph winds blowing against that wall and that plate . . . it’s basically a fulcrum pushing against the foundation.”

Perhaps the biggest and most serious risk to the structure is the potential for major flooding in the Rio Grande Valley of South Texas. The region is not a valley, per se, but a river delta, where the Rio Grande meanders toward the Gulf of Mexico in looping curves.

Catastrophic flooding from hurricane damage will be a growing danger as climate change increases the destructive power of Gulf Coast storms, experts say. The U.S. Army Corps of Engineers is placing the new barriers on top of the flood levees in much of South Texas, but there are other locations where it will be erected within the river’s flood plain.

Border Patrol officials say they are considering every contingency, including a direct hit from a major hurricane.

The Rio Grande Valley remains the border’s busiest place for illegal crossings and the top priority for Border Patrol planners. The pace of new construction there has been slow, however, because nearly all of the land the government needs to acquire is privately held.

Adriana Martinez, a geographer at Southern Illinois University who studied the impact of the barrier on the Eagle Pass area further upriver in Texas, said the bollard fencing allows water to flow through the structure as water rises. But as it subsides, it picks up debris that can become trapped in the metal bars, preventing the return of water to the river channel. That could erode the base of the structure and potentially destabilize it, she said.

“There’s also the possibility of disease from flooding,” Martinez said. “Any standing water that sticks around will cause problems.”

If the fencing inhibits the return of floodwaters to the river channel, it can redirect water in a way that gouges the river banks and damages private property, potentially exposing the government to lawsuits, Martinez said. Any sections of the bollards that are swept away by floodwaters would pose a lethal danger to communities, bridges and other infrastructure downstream, she added.

Rough River - 2 lots. Has septic, close to the