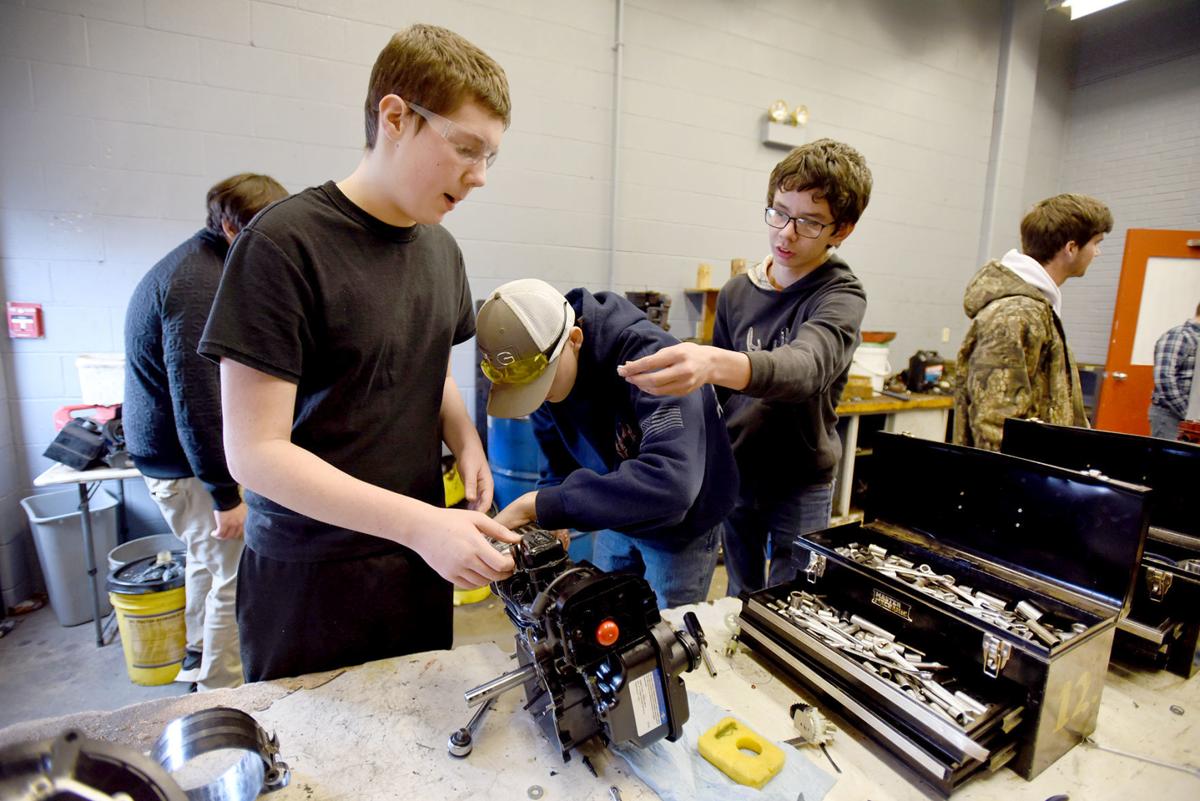 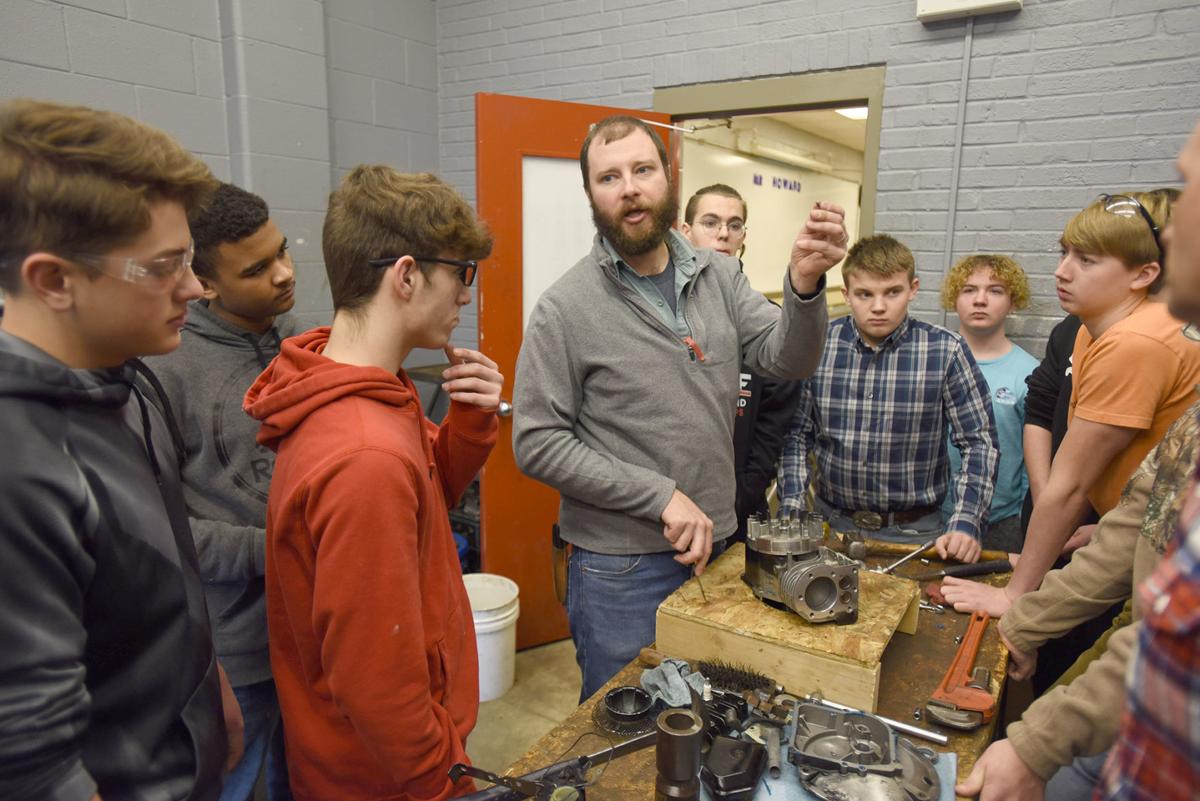 For Daviess County High School FFA students, they’re used to getting their hands dirty — and it’s not always from the soil that helps produce the crops they learn about.

Sometimes it’s from the grease and grime that comes with repairing or building the machines that help power agriculture.

Craig Howard, FFA teacher for DCHS, instructs the class every day for nine weeks on the intricacies of engine repair, giving students an understanding of how each part works within the engine.

“I enjoy the animals and plants, but the mechanics is my specialty of interest,” said Howard, a McLean County native who’s a third-generation FFA teacher and in his 13th year at DCHS. “I enjoy passing along some of my knowledge.”

Of the approximately 25 students in the small engine class — a necessary credit for those pursuing ag power — Katie Snyder stands out as the only girl in the group.

Snyder, a junior from Philpot, said she doesn’t live on a farm but grew up around cars and engines.

“It just seemed interesting to me,” she said. “I didn’t know how to weld or anything when I came in here and now I do.”

On Tuesday, while some students were focused on a larger project — a log splitter they built from scratch — others were tinkering with small engines that could eventually run a tiller or a lawnmower.

Howard has scooped up many of the engines and other mechanical parts from scrapyards, garage sales and auctions over the years to have as hands-on material for the students, he said.

“This is stuff they’re around every day and that they’re going to use; the skills they learn in here may save them some money down the road,” Howard said. “… A lot of it is already garbage when it comes in here; we might see if we can get it running but we don’t spend a whole lot of money on it. We see what makes it tick and look at the parts and figure out the basics of what makes it go.”

Along with repairing engines, the students will learn other skills such as welding, fabricating, measuring and soldering.

Lawson Cecil, a Knottsville sophomore, helps with his family’s cattle and tobacco crop, putting him close to and in constant contact with various farm implements and machinery.

Cecil said he has no doubt that what he’s learning in the small engine class will benefit him later.

“I’ve learned things that will come in handy and I think I will use,” he said.