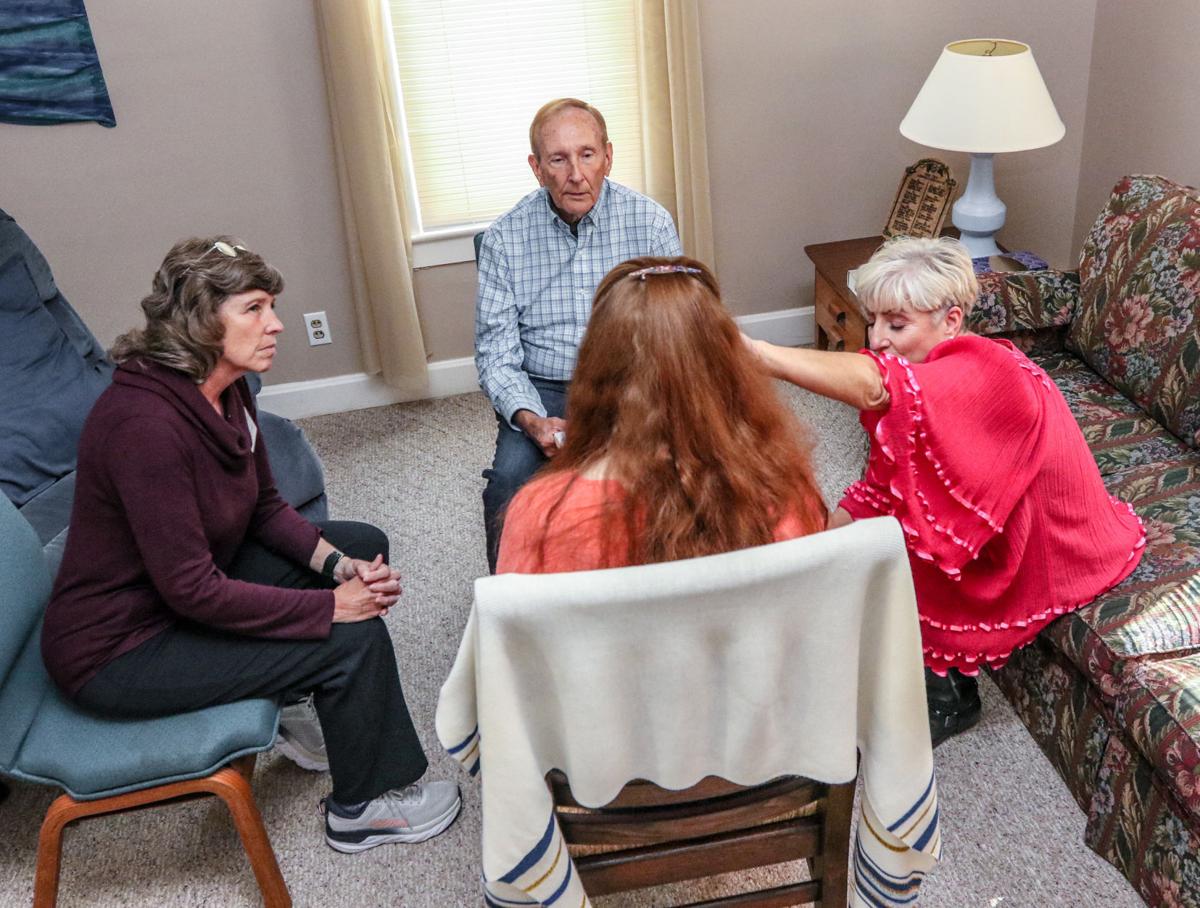 Cindy Hudson, right, prays for an individual requesting prayer along with Carol Adkins, left, and Aubrey Nehring on Wednesday at Healing Rooms of Owensboro. 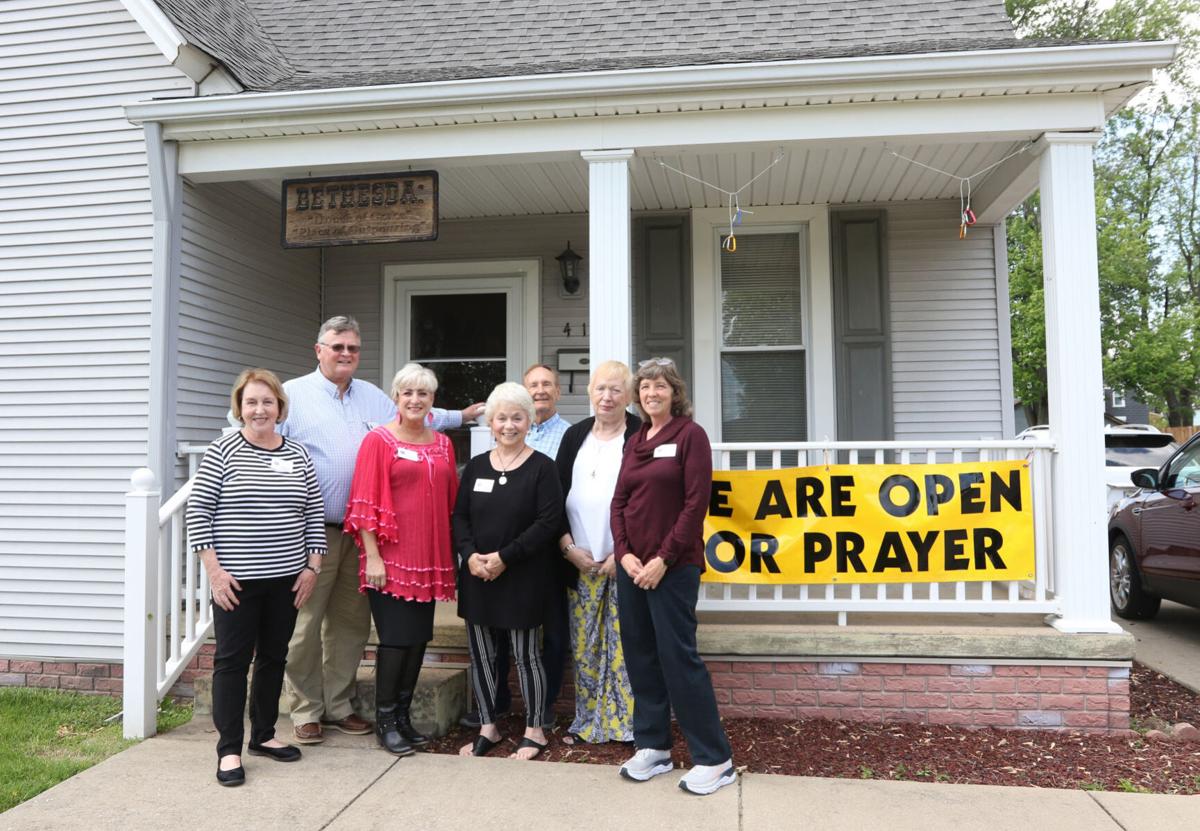 From left, Suzanne Johnson, Richard Trogden, Cindy Hudson, Judy Brandon, Aubrey Nehring, Freida Alexander and Carol Adkins stand outside of Healing Rooms of Owensboro, a prayer center staffed with Christians from various denominations who pray for those in need.

Cindy Hudson, right, prays for an individual requesting prayer along with Carol Adkins, left, and Aubrey Nehring on Wednesday at Healing Rooms of Owensboro.

From left, Suzanne Johnson, Richard Trogden, Cindy Hudson, Judy Brandon, Aubrey Nehring, Freida Alexander and Carol Adkins stand outside of Healing Rooms of Owensboro, a prayer center staffed with Christians from various denominations who pray for those in need.

At 413 Booth Ave., Healing Rooms of Owensboro blends in among the other residential homes.

But, from 3 to 5 p.m. on Wednesdays, a large banner is stretched across the front porch announcing that the prayer doors are open to the public.

“That’s our desire is for anyone to come and to get prayer for healing,” said Suzanne Johnson, director of Healing Rooms of Owensboro. “…Sometimes healing is a miracle and it’s on the spot. Other times, healing is a process. It’s like layer by layer, especially if it’s emotional needs. I want to say up front that we’re not counselors … we just pray.”

Along with Johnson, there are prayer team members — all Christians from various denominations — who are there to pray with each other and with those from the public who show up.

Prior to the COVID-19 pandemic, Healing Rooms of Owensboro was open two days a week. It recently reopened one day a week.

“During COVID, the prayer team did a conference call each week and everybody brought names of people who needed prayer,” Johnson said. “And during that conference call, we would pray.”

Healing Rooms of Owensboro was founded by the late Karen Martin who established it on Booth Avenue in 2008. It’s affiliated with the larger organization Healing Room Ministries founded by Cal Pierce in Spokane, Washington in 1999.

Pierce revived the ministry concept started by John G. Lake in 1915 and ended with his death in 1935.

Currently, there are Healing Rooms in 44 countries and more than 900 in the United States.

According to Healing Rooms, it’s “a safe place for those who are sick to come to receive prayer ministry from a healing team.”

On Wednesday, eight of Owensboro’s 11 active team members were there ready to pray. All of the members do receive training through Healing Rooms Ministries.

Team member Richard Trogden was introduced to Healing Rooms when he accepted the public invitation for prayer.

“The first time I came the sign attracted me and I came in for prayer,” Trogden said. “And then after I retired from work, I became a member. …I thought it was right down the alley that the Lord wanted me to be in.”

Judy Brandon became involved as a member through friendship with Johnson.

And Freida Alexander was a former member of Healing Rooms in Henderson but joined Owensboro’s after a job transfer.

“I believe in divine healing and I think this is an excellent opportunity to do that ministry,” Alexander said. “It is very effective; we pray for people all the time … we’ve seen a whole bunch of miracles.”

No appointments are necessary for the two hours Healing Rooms of Owensboro is open. There is also no charge but donations are accepted, which go toward paying the utilities.

Johnson said the goal is to return to being open two days a week.

“We have a lot of different faiths who come … and we just use scripture as our standard,” Johnson said.