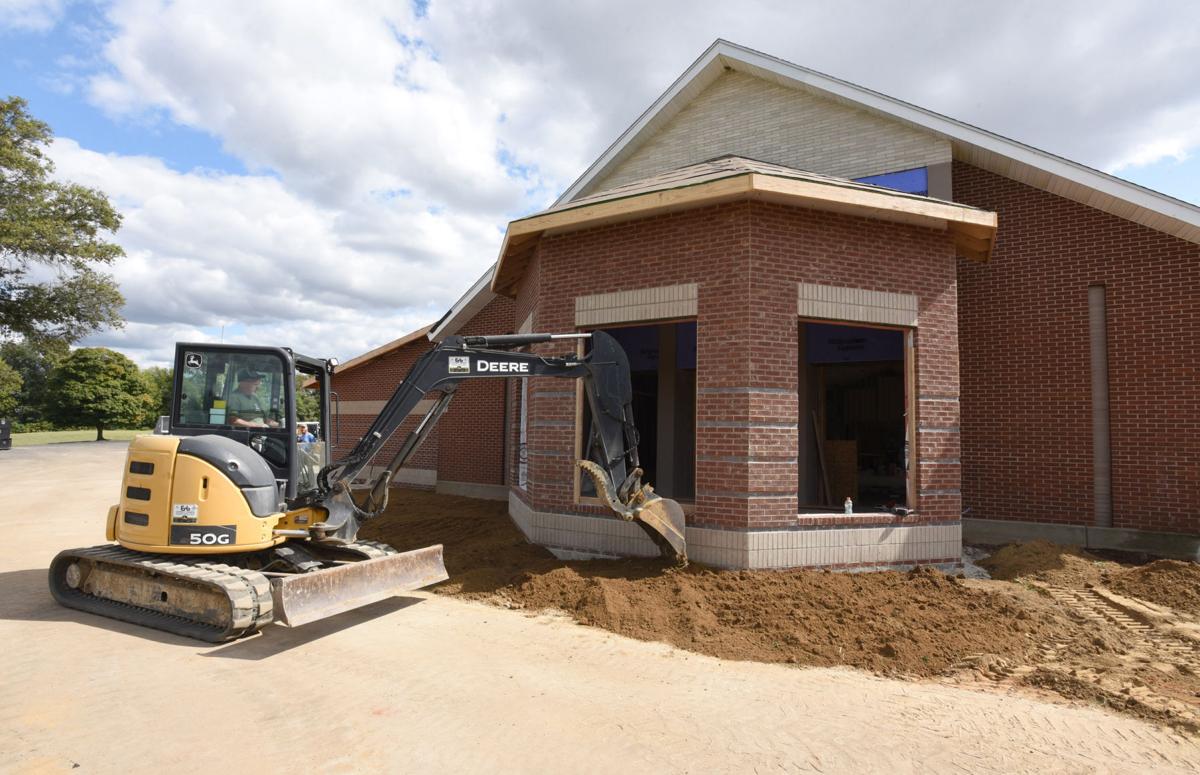 Steve Hayden of Hayden Construction Company works with an excavator moving dirt around for the landscaping during the renovation project Oct. 2 at St. Pius Tenth Catholic Church. 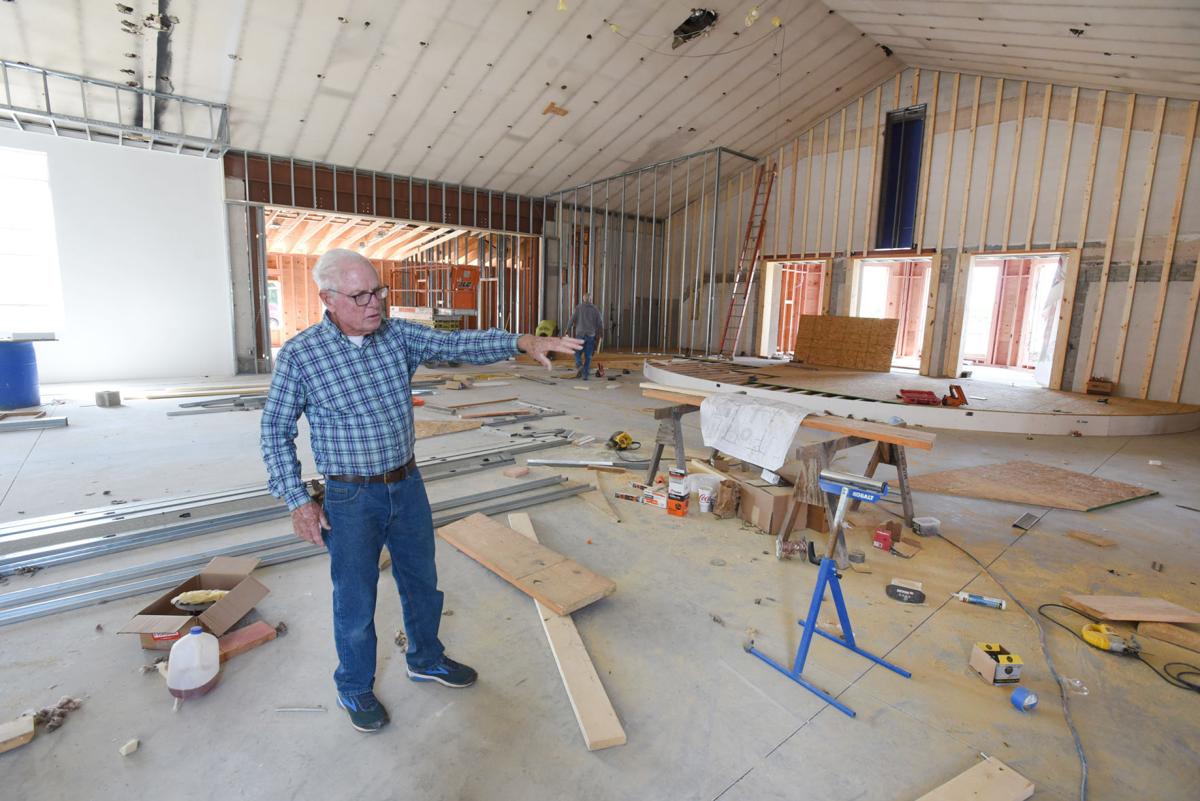 Al Johnson, the building committee chairman, looks around inside the sanctuary Oct. 2 during the renovation project at St. Pius Tenth Catholic Church.

Steve Hayden of Hayden Construction Company works with an excavator moving dirt around for the landscaping during the renovation project Oct. 2 at St. Pius Tenth Catholic Church.

Al Johnson, the building committee chairman, looks around inside the sanctuary Oct. 2 during the renovation project at St. Pius Tenth Catholic Church.

The inside and outside of St. Pius Tenth Catholic Church are starting to take shape as renovation continues on the $1.5 million project.

Since mid-summer, Masses have been held inside the parish hall.

“We built that hall in 2005; it has really lent itself to Mass so it’s good that we have that,” said Al Johnson, longtime parish member and chairman of the church’s building committee. “And during this coronavirus, we’ve been able to spread people out; we have more space. So it has really worked nice.”

Hayden Construction is handling the church renovation that will go from 6,000 to 8,000 square feet when completed.

Seating capacity will also be raised from 300 to 350 with the capability of adding 50 extra seats during holiday and special Masses.

“We have a good-size congregation,” Johnson said. “… We get the big crowds at Easter and Christmas so we’ll be ready for them if we need to be.”

With the last major remodel done in mid-1980s, Johnson said it became obvious that the layout wasn’t the best use of space, and that an overhaul was necessary.

“It was just outdated and didn’t look good,” he said.

According to Johnson, it took about two years to study, design and receive approval for the renovation, which also involved the Catholic Diocese of Owensboro’s building committee.

Nearly half of the construction funding is being paid by St. Pius Tenth and the remainder will be borrowed from the Owensboro Diocese at a low interest rate.

On the outside, a new covered drive-thru, new sidewalks and landscaping are being added.

But it’s on the inside of the church that noticeable changes are being made.

Along with a new front entrance, another distinct difference is the relocation of the altar from the east wall to the southern-most wall of the church.

Johnson said that will create a long walkway down the middle of the church leading to the altar that is larger than the previous one.

“We didn’t have much of an aisleway before,” Johnson said. “…People weren’t getting married here because there was no aisleway.”

The renovation will also include a chapel behind the altar, new windows, a dedicated music area, and new dressing and storage rooms. State-of-the-art video and sound will also be part of the update.

Johnson said new $95,000 solid oak pews, which are currently being built in Nebraska, will stand out as well.

“It’s going to be a beautiful church when we get done,” he said.

The goal is to have the church renovation completed before Easter 2021.

Johnson said the project is on schedule or maybe even a little ahead of the deadline.

“We are set up for dedication on March 21,” Johnson said. “…The bishop has to come and he has to bless everything and then we’ll have a Mass. It’s just a big deal.”