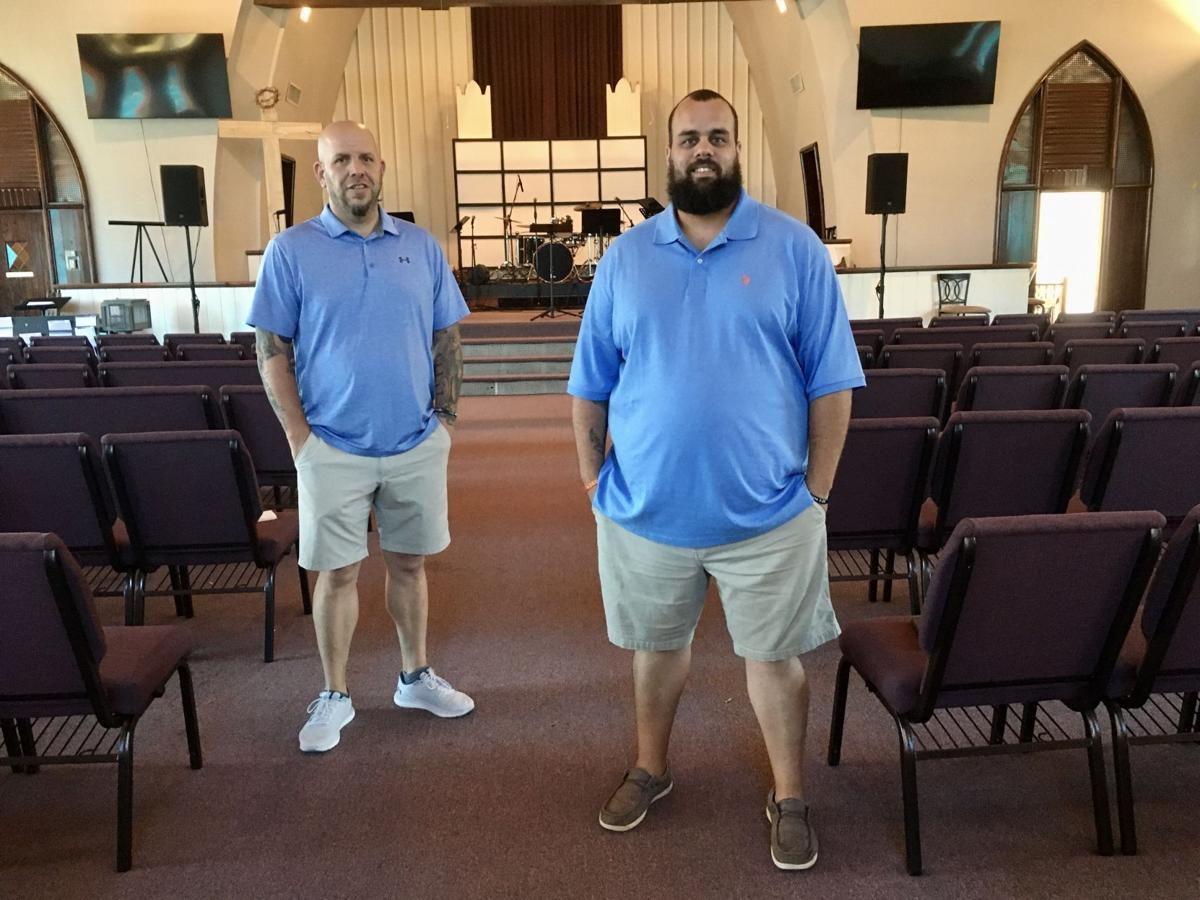 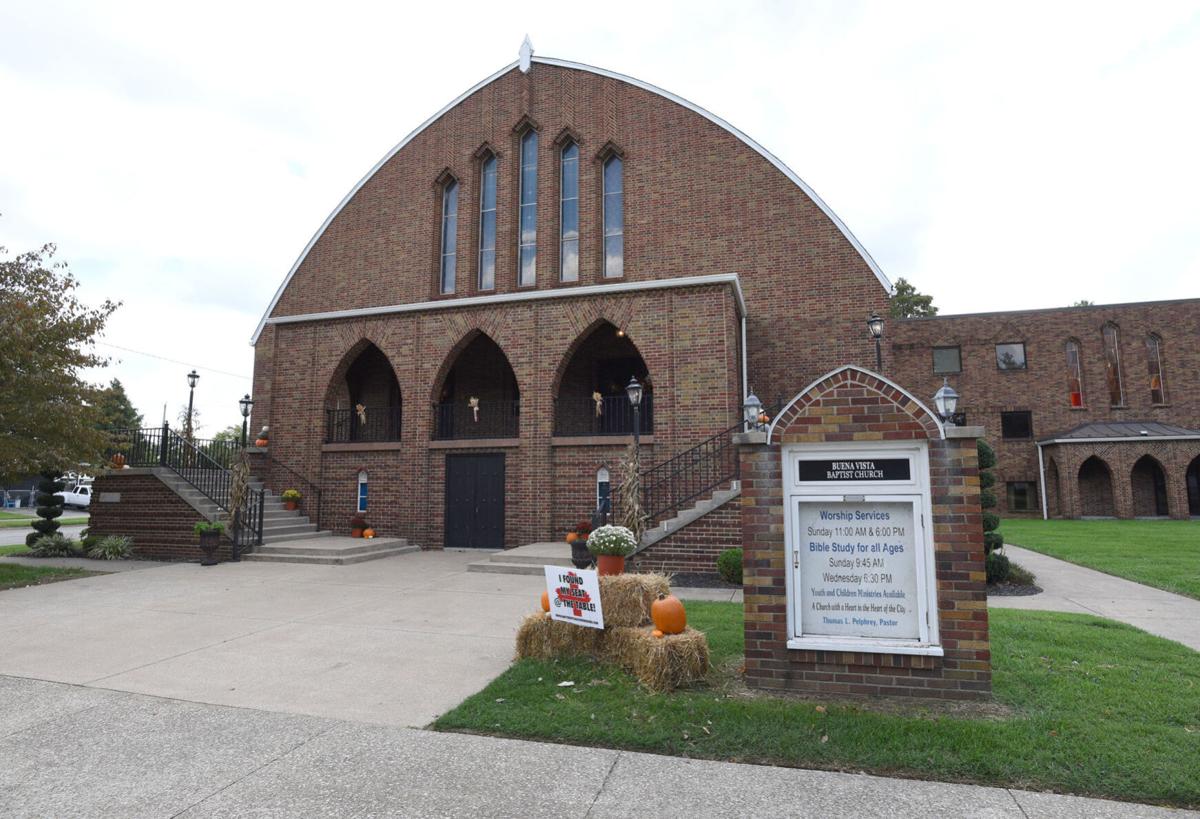 But in late September, the $3.131 million property and its assets were gifted by Buena Vista’s remaining membership to Matthew’s Table.

According to the Daviess County Property Valuation Administrator’s Office, the 25,469-square-foot brick church sets on a 312- x 138-foot lot, which equates to just shy of an acre.

Co-pastors Roger Chilton and Nick Martin lead Matthew’s Table, a non-denominational church that began five years ago as a small gathering of believers renting out space at the Senior Community Center of Owensboro-Daviess County at 1650 W. 2nd St.

“For us, it’s really a faith story,” said Chilton about how far they’ve come as a church body. “You don’t hear much of those anymore.”

Chilton and Martin were attending Pleasant Valley Community Church when they decided to plant a church of their own.

“We were at a great church; we didn’t leave because we were disgruntled; we were in good standing; they loved us well and taught us well,” Chilton said. “We just sensed a calling to do something unique, and it was going to consist of stepping out in faith.”

In May 2017, Matthew’s Table held its first service at the senior center, with Martin’s and Chilton’s closest friends and family members making up the majority of the congregation.

“We might have had 20 to 25 people there that first Sunday,” Chilton said. “We didn’t have anything; we didn’t even have a microphone. …Honestly, I don’t think our idea was that we wanted to grow a big church. …We just wanted to be a church reaching people who typically weren’t being reached for whatever reason.”

Along with hosting services at the senior center, Matthew’s Table took its ministry to the Daviess Count Detention Center and to motel parking lots.

In a sense, Martin said Matthew’s Table was a mobile church, because renting a space from the senior center meant that all the equipment had to be removed after Sunday and Wednesday services.

“We always say we want to reach like-hearted people instead of like-minded people,” Martin said. “…And because we didn’t start out with your typical building, it was easier for us to go do a service at the Cadillac (Motel) outside or the jail. We were so used to setting up and tearing down we could tell people we wouldn’t be here (at the senior center); we’re going to have service at the jail.”

But even though Matthew’s Table grew in attendance, its ministry was limited by not having a space of its own.

Both Chilton and Martin said the senior center officials were “gracious” during their time there, but they realized they needed their own building to accommodate the growing congregation and the various ministries.

“…Close to the end of three years, before Christmas in 2019, we had people standing up in the back and sitting in the hallways because we were bursting at the seams,” Chilton said. “We started trying to figure out what we were going to do.”

Before Buena Vista became an option, Chilton and Martin said they considered at least 10 buildings that never panned out.

It was in late March 2020 that Matthew’s Table received an out-of-the-blue call from Buena Vista about renting out the church’s main sanctuary.

And with the onset of the COVID-19 pandemic, there was uncertainty about where Matthew’s Table would meet.

“It came at the perfect time because we were unsure about what the senior center was even going to allow with the pandemic going on,” Martin said. “…And one of the cool things about this is that we began praying, ‘God let us know what direction to go,’ and they had started praying, ‘God send us someone we can pass this off to.’ ”

On its third anniversary as a church, Matthew’s Table held its first service at Buena Vista, which was virtual, on May 7, 2020.

Prior to the pandemic, Buena Vista’s attendance had already dwindled, but even fewer returned when in-person services were allowed later in the year.

Sam Bruntz, a Buena Vista deacon who had been a member since 1986, said the church was thriving when he started but declined as its membership became older.

“In its heyday, it had an attendance that Matthew’s Table does now, but it slacked off over the years,” Bruntz said. “…We had gotten down to 20 to 25 in worship. Once COVID hit, about 10 of those families left, too. We had this huge facility here at Buena Vista, and 20 people just can’t manage it properly. Matthew’s Table is growing like gangbusters so we said, ‘Lord, maybe you want them here in the heart of the city.’ They’re better equipped to run this place than we are.”

As part of the agreement, the remaining Buena Vista members will worship in the basement on Sunday. The Rev. Tom Pelphrey is the pastor.

“Even before Matthew’s Table became involved, the church was looking for a way that this campus could still serve the Lord,” Bruntz said. “…I’m thrilled to death that Matthew’s Table is making the place function to its full capability.”

On Saturdays, Matthew’s Table does outreach ministries. On the first Saturday of the month, the church’s Show Love Team takes a mobile concession stand to a neighborhood and hands out food and drinks; the second Saturday the church opens its food pantry; the third Saturday the church distributes free bus passes and the fourth Saturday is a community breakfast at the church.

For Chilton, he can only credit “God’s bigger plan” for how far Matthew’s Table has come during the past five years.

Chilton said neither he nor Martin had the proper backgrounds or experience that any established church would’ve wanted.

“Nobody else would’ve picked us, but God did,” Chilton said. “…And there’s no other explanation for this other than God.”

Dr. Sanjay Gupta explains how Omicron compares to other variants

Fairly confident he is going to lose this: Honig on Trump's arguments

Kentucky is the #9 state with the best road conditions