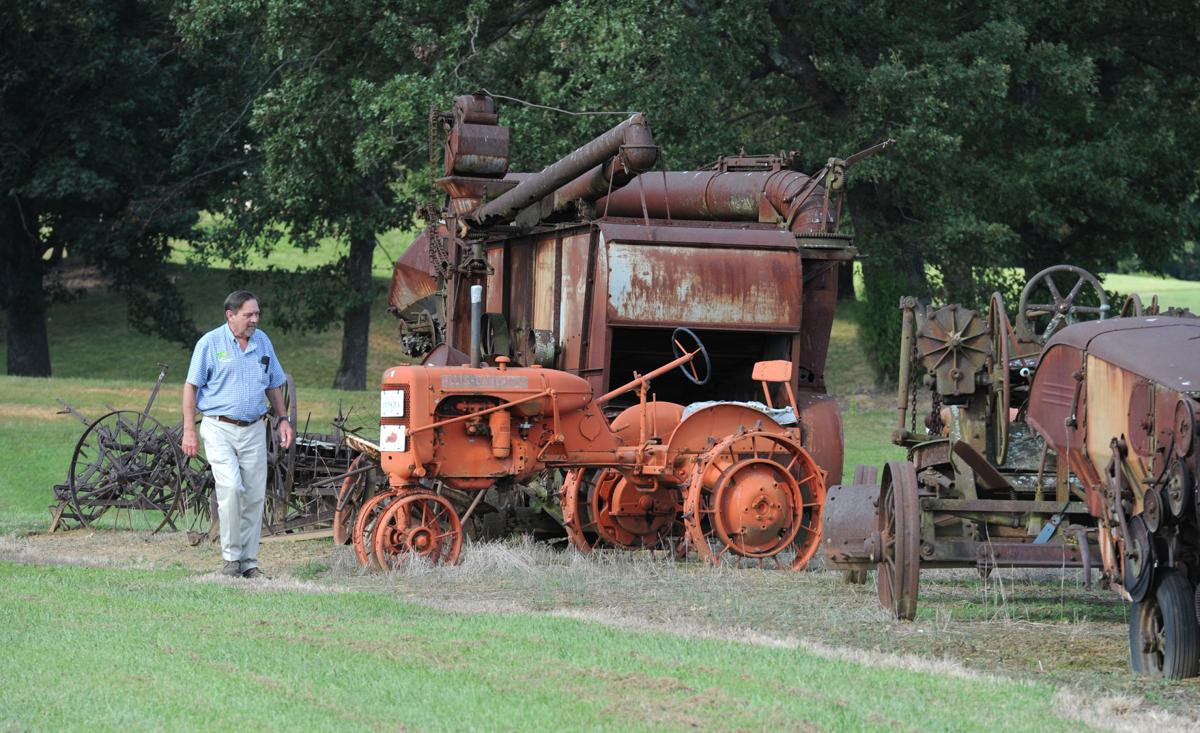 John Lampkin looks at some of his collection of antique tractors and farm machinery he has arranged in a row along the road at 8284 Short Station Road in Knottsville. 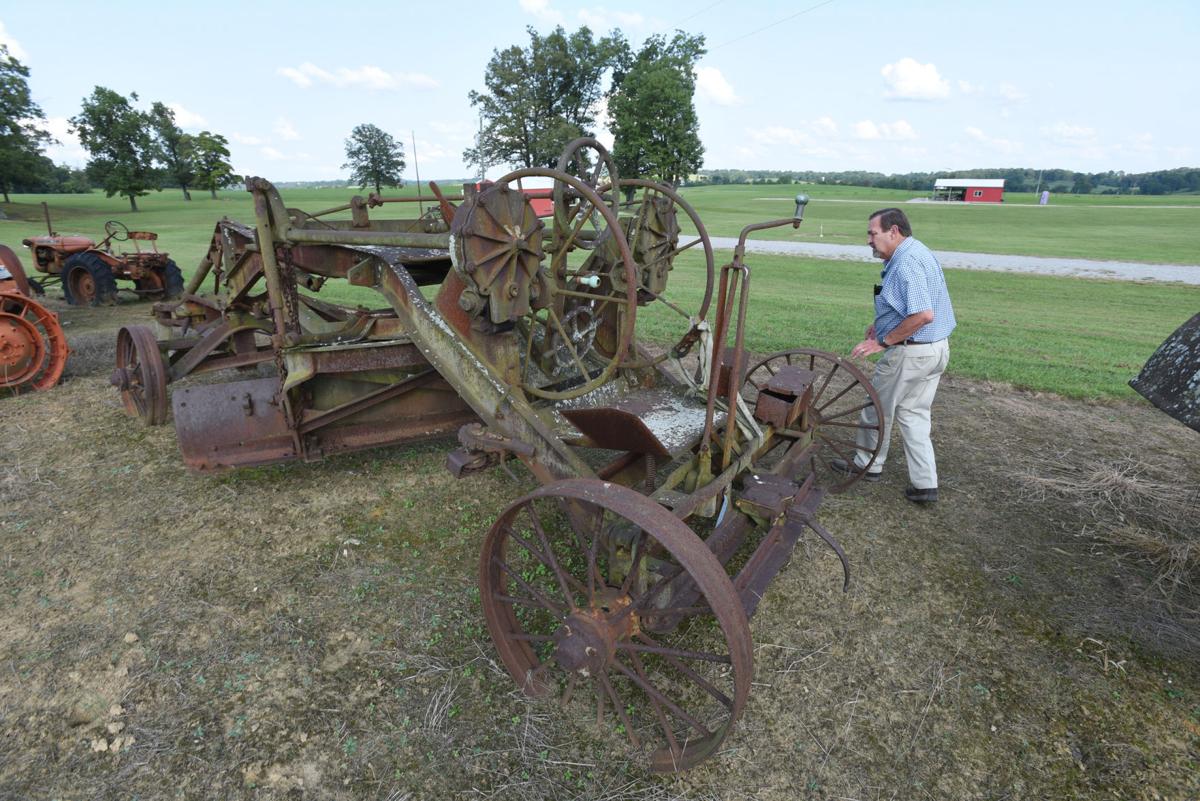 John Lampkin looks at some of his collection of antique tractors and farm machinery he has arranged in a row along the road at 8284 Short Station Road in Knottsville.

But his passion has always been for antique tractors — collecting and pulling them.

At one time, Lampkin, 70, of Knottsville owned about 100 tractors but has since downsized his collection.

“I’ll tell you what you do; you get one that you’re going to fix up and then you find two donors — parts tractors — to go with it,” said Lampkin about how he accumulated so many tractors. “It will take three or four tractors together to make one good one. …They don’t make the parts anymore so you either have to find a donor tractor or you make them.”

According to pioneerautoshow.com, the first successfully built tractor, which contained a two-cycle gasoline engine, was introduced in 1903. And between 1916-1922, there were 100 companies producing farm tractors.

Among Lampkin’s oldest tractors is a 1928 steel-wheel Case.

“I got into Cases because nobody else did,” Lampkin said. “You always look for something different than somebody else has.”

Lampkin was part of a farm family growing up. The family raised tobacco, dairy cattle and hay.

And tractors were always part of his farm life.

Lampkin’s love of tractors can also be traced to his late father Robert.

In 1986, John and Robert Lampkin started the Kentucky Farm Machinery Association and were among the 21 charter members. The membership is double that now.

“This was my dad’s dream to do this,” Lampkin said about founding the farm machinery group. “We had an old pole barn with a dirt floor and we had us a meeting.”

Lampkin is the current vice president and has also assumed the secretary and treasurer roles. Gary Pruden is the club’s president.

Along with the club, the group also hosts an annual tractor show.

The show is typically held on the first full weekend in October on Lampkin’s 70-acre farm, but it has been canceled for this year because of COVID-19.

“This would’ve been our 34th show if we hadn’t decided to cancel,” Lampkin said. “We had to make a decision.”

Although Lampkin has his show tractors, he no longer pursues them for his collection.

Instead, he’s turned his attention to antique tractor pulls for models 1960 and older.

“We got into this tractor pulling and I lost interest in collecting antique tractors,” Lampkin said. “I wanted to pull.”

In 2000, Lampkin started the United States Antique Pullers, an organization that hosts tractor pulls around the country.

But as with the tractor show, Lampkin said COVID-19 has affected the pulls as well.

Lampkin said the meetings have also been placed on hold but he still invites anyone to view the club’s collection of farm machinery at 8284 Short Station Road.

“It’s a variety of stuff to catch your attention,” Lampkin said. “I’ve got people who slam on the brakes who’ll pull in there to look at stuff. It makes you feel good that they’ll do that.”

Vehicles are being used as weapons against BLM protesters