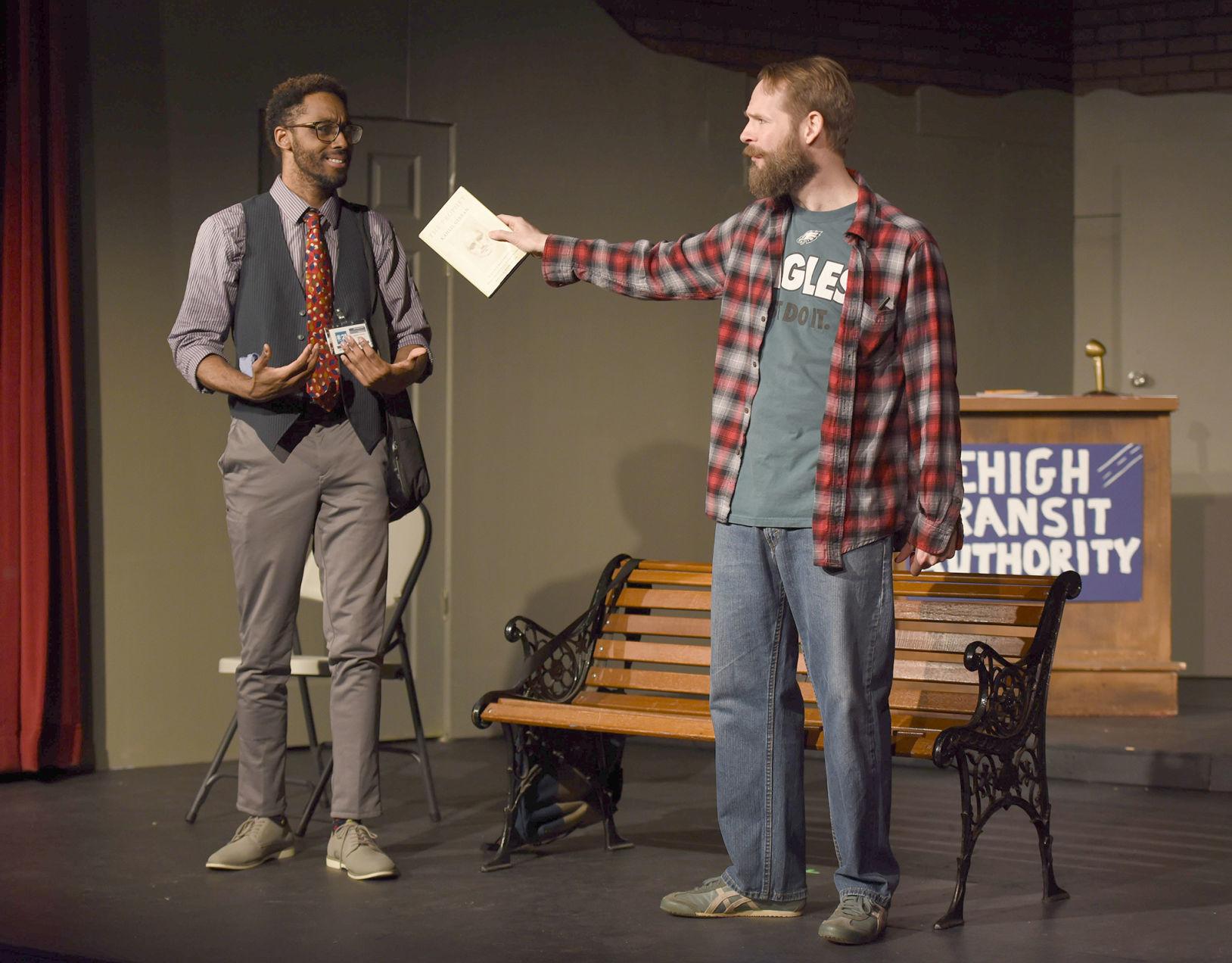 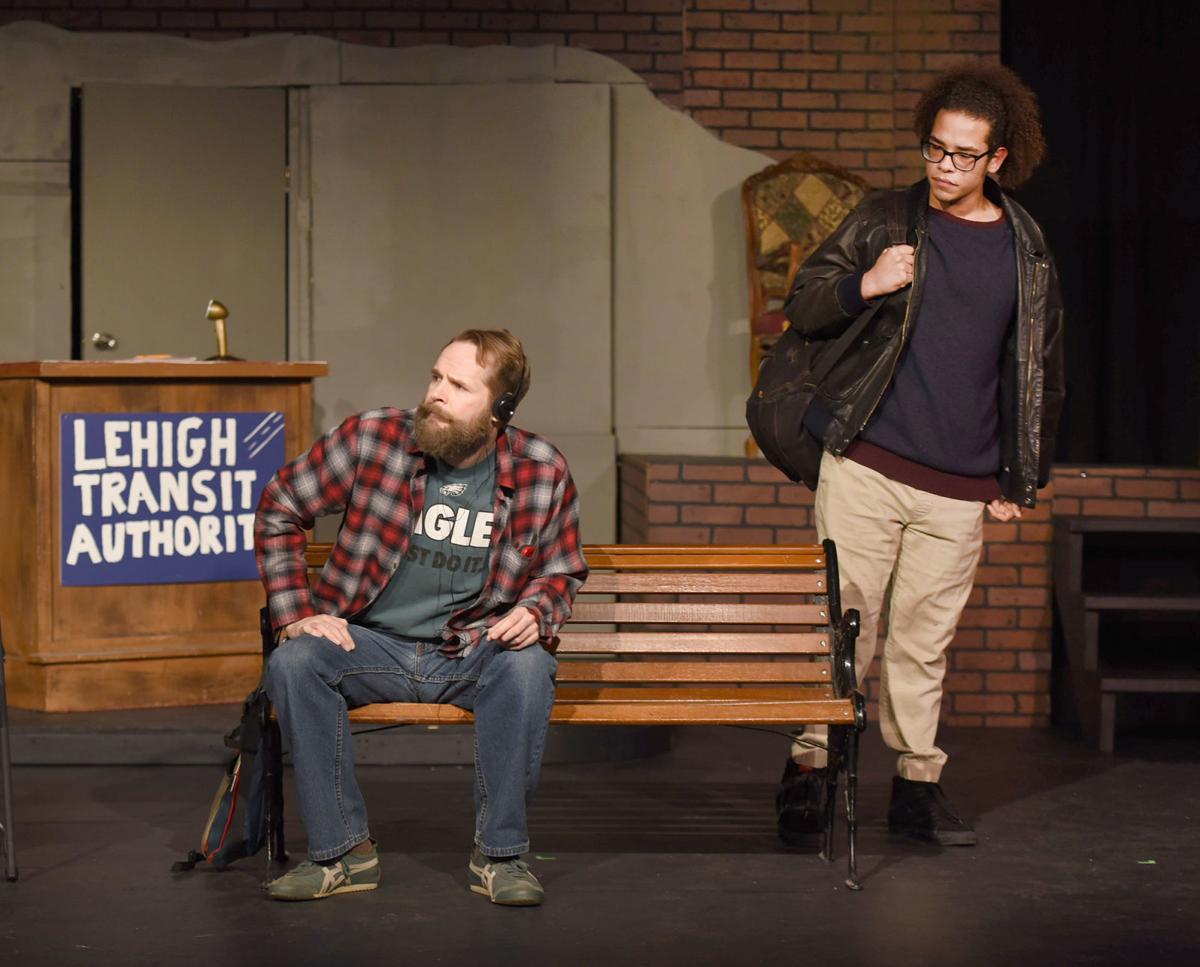 Worth Mountjoy playing Joseph Douaihy, left, and Braxton Swanagan playing Vin rehearse a scene from the play “Sons of the Prophet” at the Theatre Workshop of Owensboro Trinity Centre, 407 West Fifth St.

Worth Mountjoy playing Joseph Douaihy, left, and Braxton Swanagan playing Vin rehearse a scene from the play “Sons of the Prophet” at the Theatre Workshop of Owensboro Trinity Centre, 407 West Fifth St.

As soon as Worth Mountjoy read the script for the play “Sons of the Prophet,” he knew he had to audition for a role.

Mountjoy, who portrays protagonist Joseph in the play that will finish its two-week run this weekend at the Theatre Workshop of Owensboro Trinity Centre, 407 West Fifth St., has been involved with TWO for many years. His first TWO play was in 1988 but began working with the acting group regularly in 2006. He also serves on TWO’s board of directors.

“Sons of the Prophet” is about a comedy-drama about a Lebanese-American family adjusting to the death of their father. The 2011 play won many awards, and was nominated for a Pulitzer Prize.

Mountjoy said he wanted to take part in this play because of its humor as well as having a well-done script.

“The dialogue is real,” he said. “The interactions between people, they are honest. It’s witty. It’s very funny. It makes you uncomfortable at times. It contains quite a bit of conflict, so the play really keeps moving at all times.”

An interesting aspect of the play is that there are many instances in which actors are speaking at the same time, which Mountjoy said speaks to its authenticity. The play also touches on sensitive subjects that he thinks audiences can relate to.

“I think that people can relate to the ways that family members interact,” he said. “I think anybody who has strong-willed family members will be able to appreciate this play. Anybody who enjoys humor and anyone who enjoys kind of toeing the line of perhaps even decency will think it’s a really funny play.”

Dan Heckel is making his directorial debut with this play. It’s a play that he also enjoyed as soon as he read it at the Daviess County Public Library a few years ago.

The play is set in 2006, and Heckel said he is proud of TWO because the group does lesser-known plays “that are a little edgier,” such as this one.

“There’s a lot of great theater being made out there,” he said. “It’s always easy to go back and do classics, but there are new things being said out there and being done on stage that are speaking to people.”

He said audiences have been receptive to the play thus far. A lot of people have even commented to him that what is portrayed on stage is a lot like their family at Thanksgiving.

“It’s an interesting story,” Heckel said. “It’s got some underlying issues of faith, and just kind of really finding your place.”

The play runs through Sunday, with Friday and Saturday performances beginning at 7:30 p.m. and the Sunday matinee beginning at 2 p.m.

Tickets for the play are $18 each for adults and $12 each for students. There will be a $2 surcharge on all tickets purchased at the door. To purchase tickets in advance visit theatreworkshop.org, or call the TWO box office at 270-683-5333.

This play is not recommended for young audiences, as it contains strong language and adult situations.

This show is sponsored by Edward Jones Investments.

What: TWO's 'Son's of Prophet' play

When: Friday and Saturday performances at 7:30 p.m. and Sunday matinee at 2 p.m.