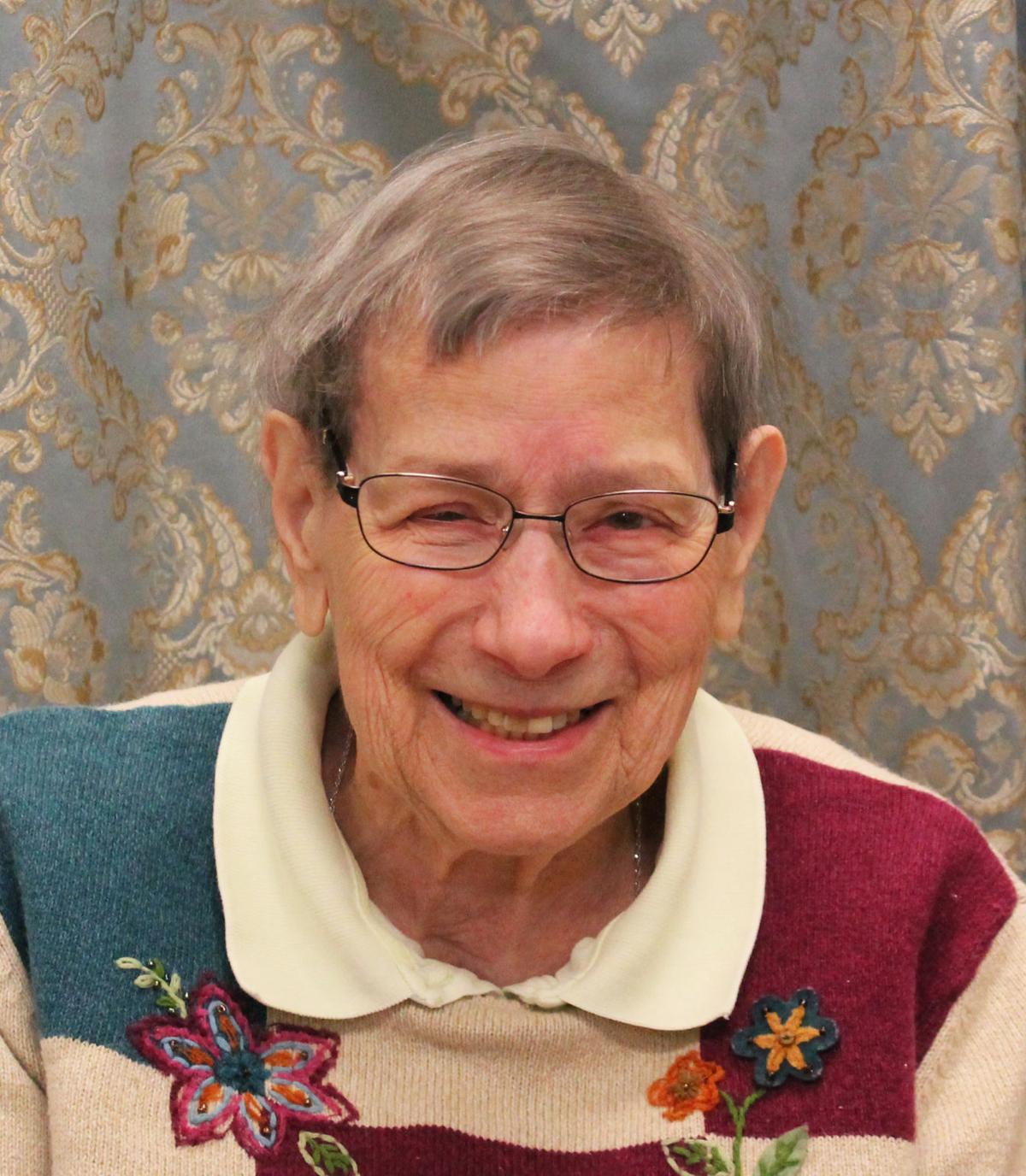 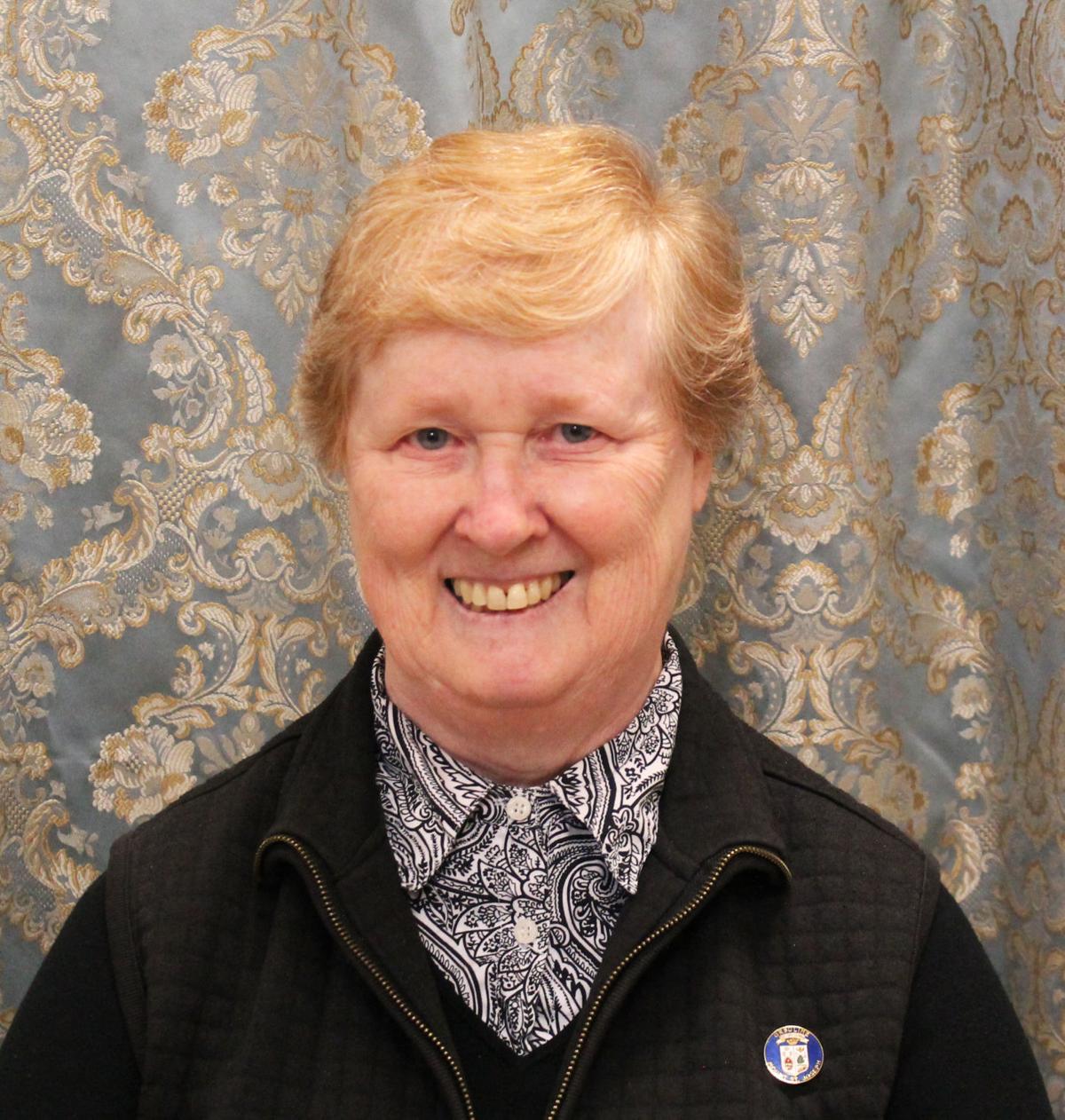 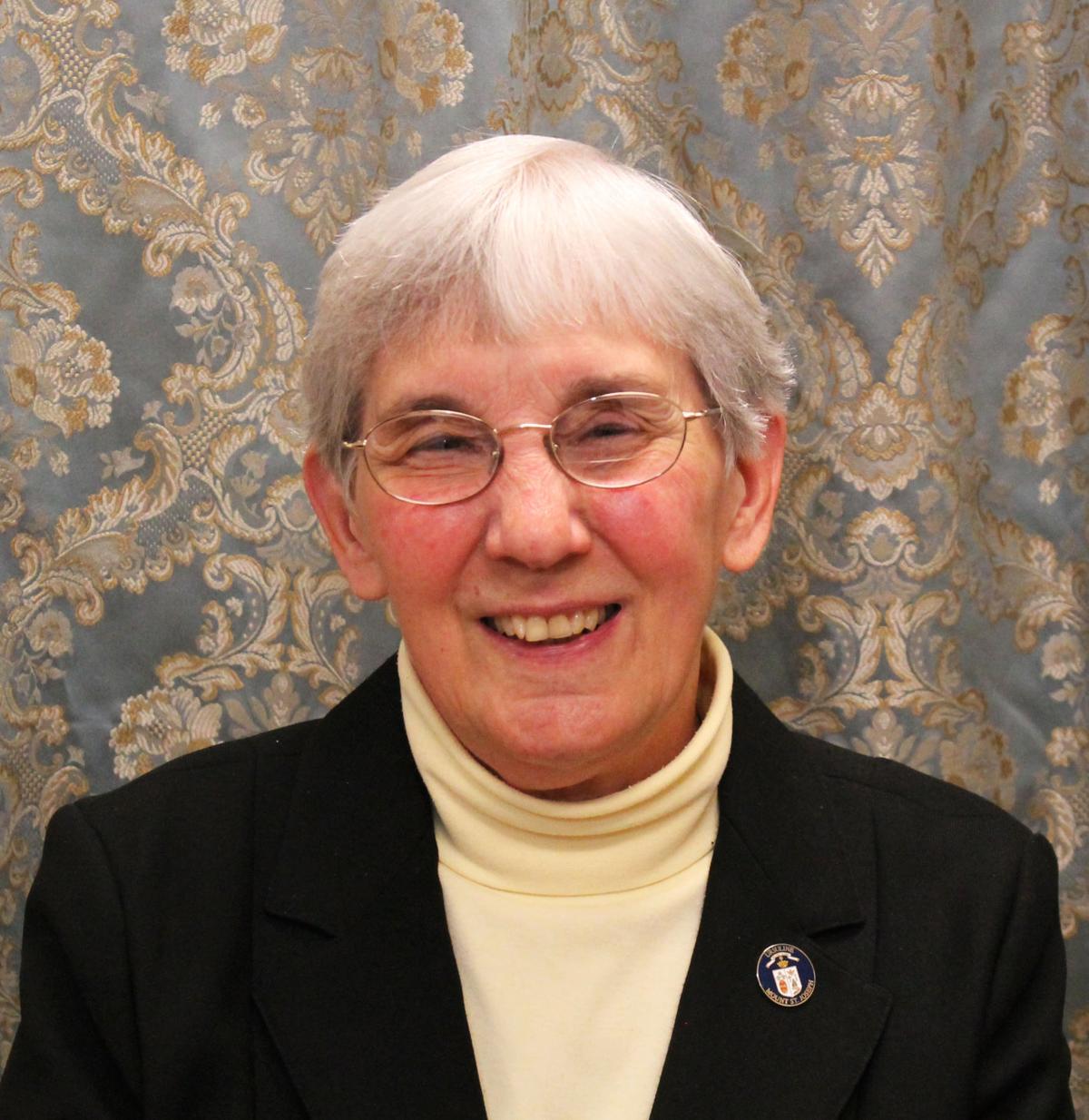 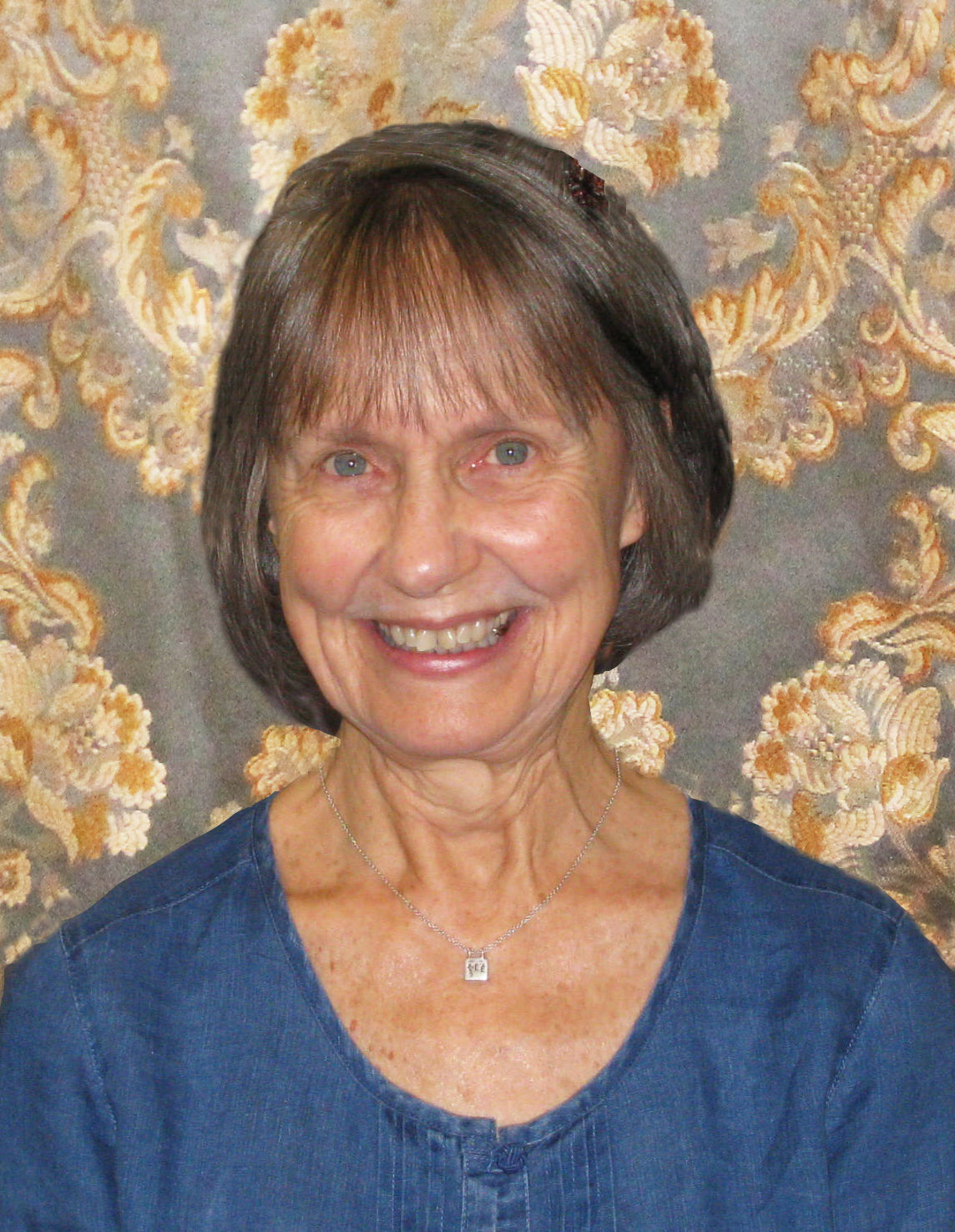 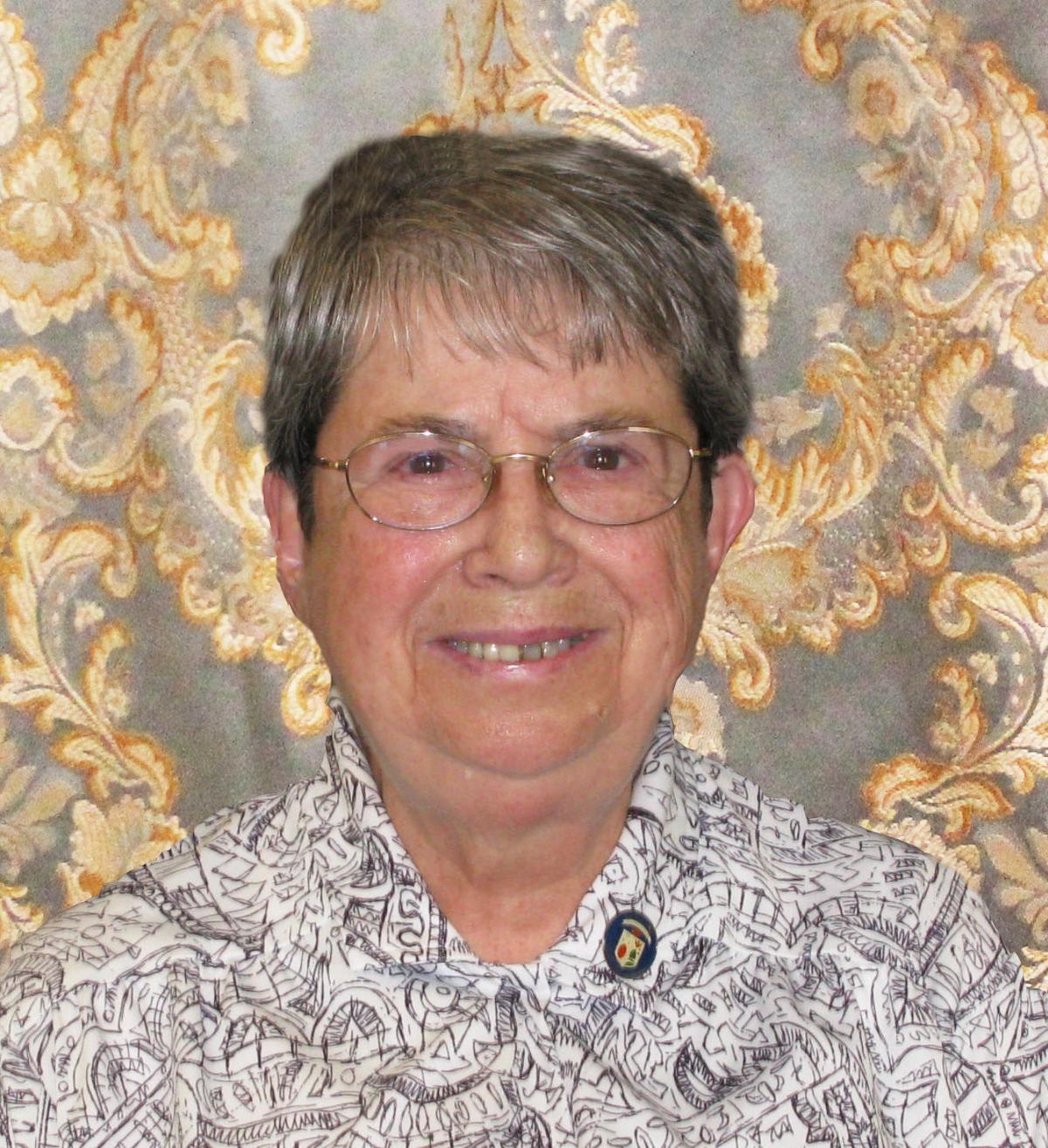 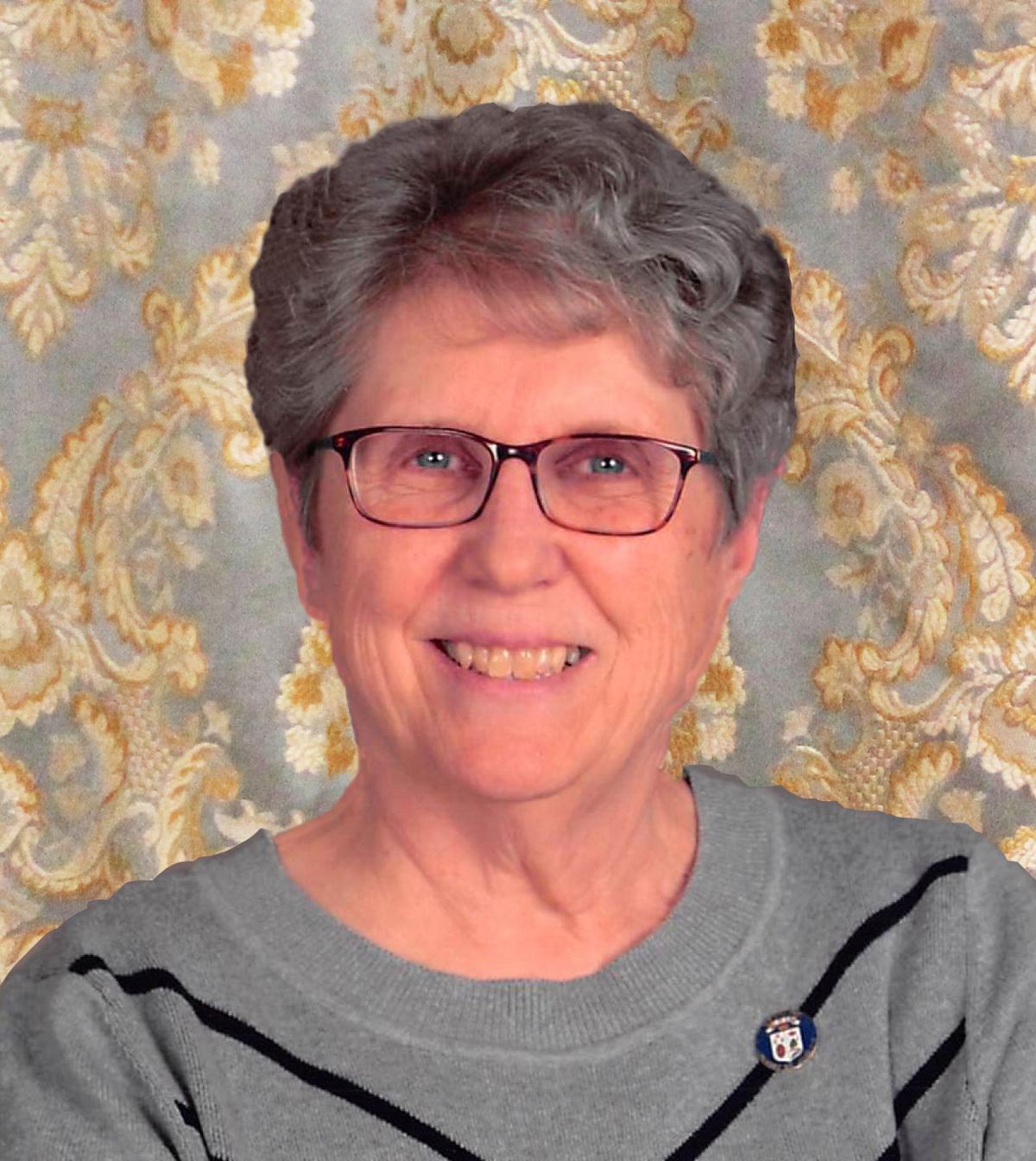 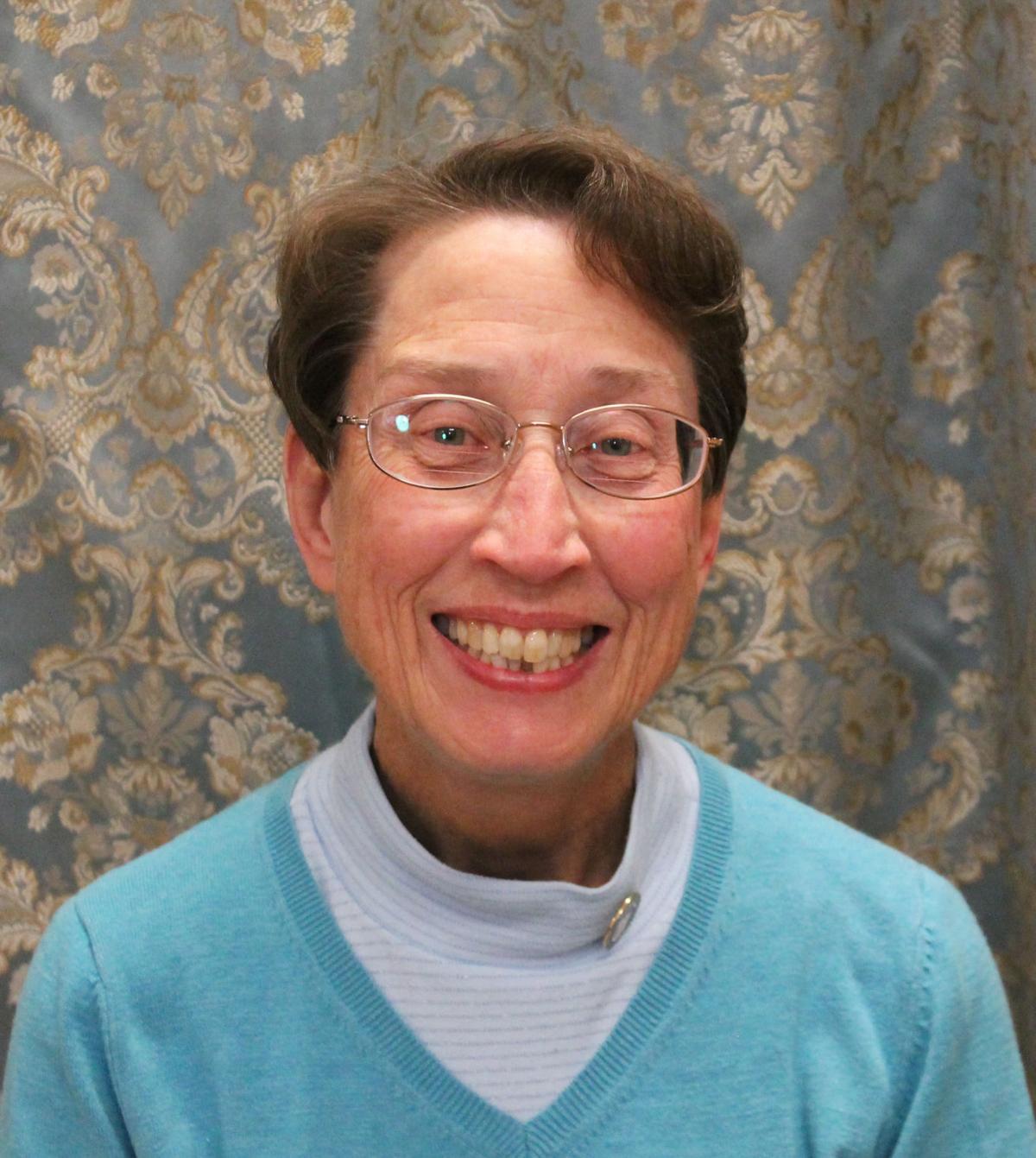 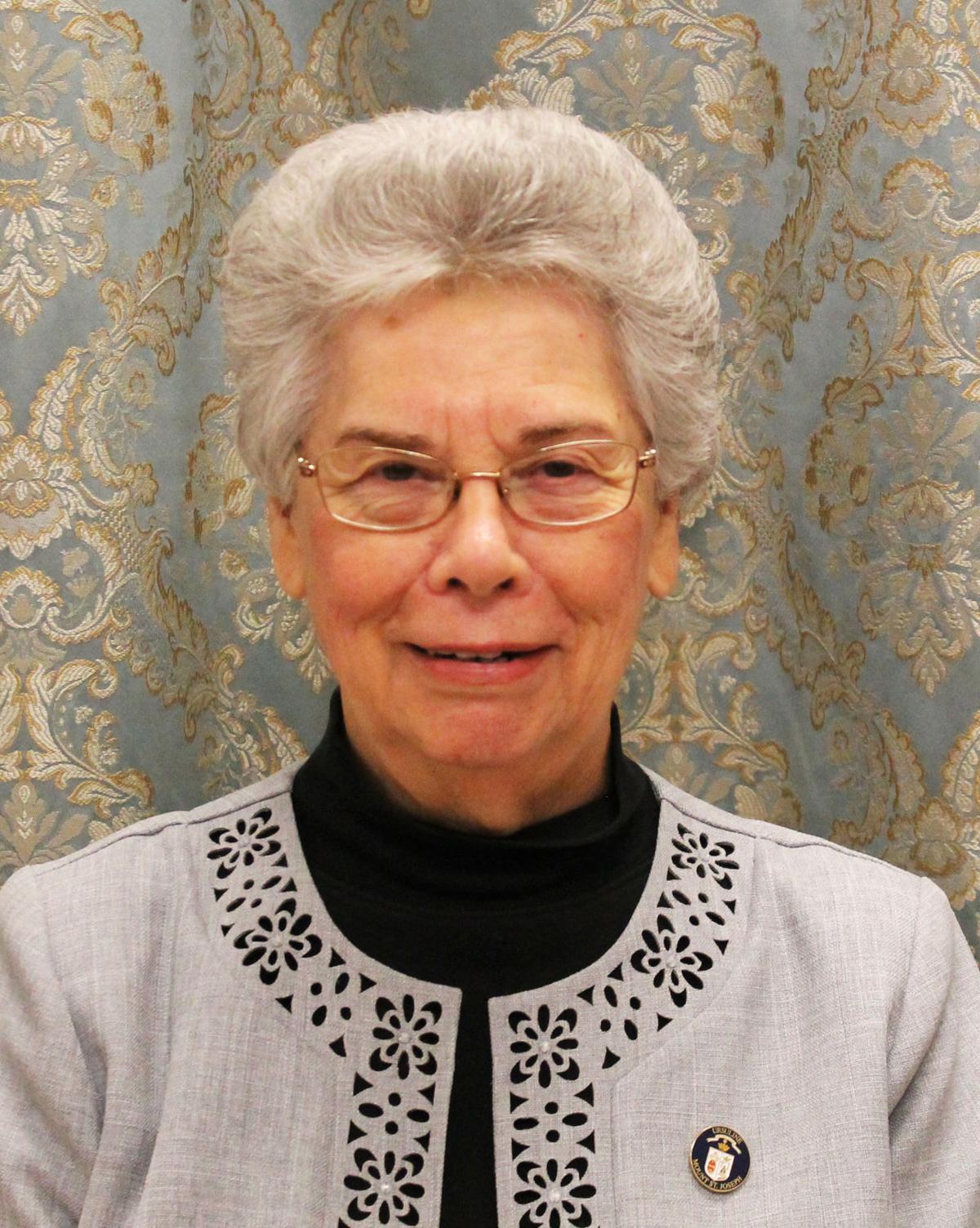 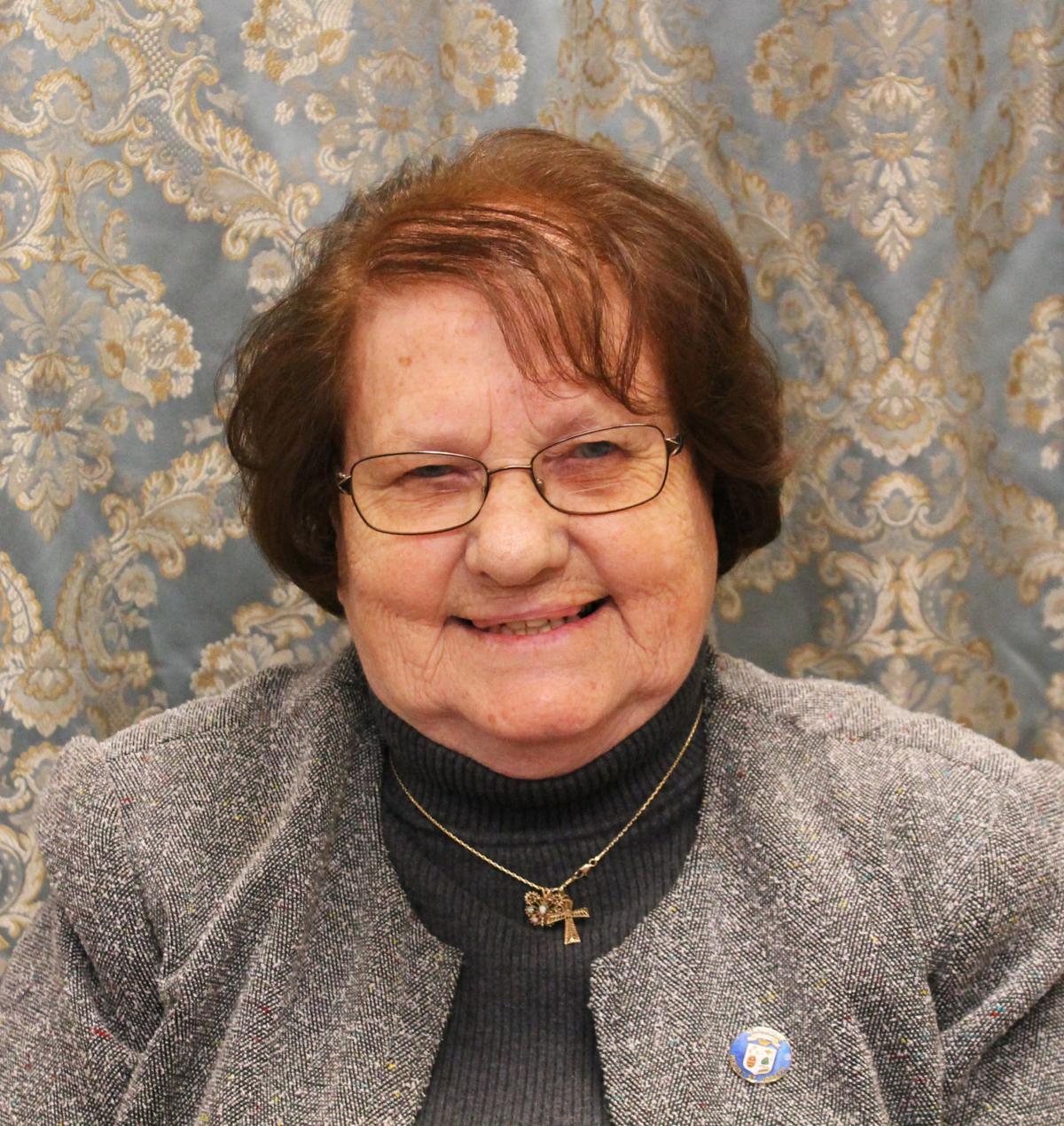 Nine Ursuline Sisters of Mount Saint Joseph are celebrating jubilees of religious profession this summer. The Ursuline Sisters’ Motherhouse is in Maple Mount, about 15 miles west of Owensboro.

Sister Susanne Bauer is celebrating her 70th year of religious life. A native of Louisburg, Kansas, she was an educator for 42 years and was assistant superior and treasurer of her religious community, the Ursuline Sisters of Paola, Kansas. (1990-98). (The Paola Ursulines merged with the Ursuline Sisters of Mount Saint Joseph in 2008). Sister Susanne taught and served as principal in various schools in Kansas as well as in Bartlesville, Oklahoma. After retiring to the motherhouse in Maple Mount in 2009, she served as the chapel sacristan until 2018. She is now a sacristan substitute.

Sister Marie Clarence Luckett is celebrating 70 years of religious life. The Marion County native was a teacher for 29 years, including at St. Lawrence School, Philpot (1955-57) and St. Martin School, Rome (1957-64). She also served throughout Kentucky, and in Hispanic ministry in Stanley (1995-98) as well as parish ministry in Hardinsburg. She offered outreach and transportation for Sisters at the St. Boniface convent in Louisville (1982-85). From 1985-92, she worked in the craft room and helped with transportation at the Motherhouse in Maple Mount. She provided outreach ministry in Caneyville and was a quilter for the Ursuline Sisters from 1999 until her retirement in 2015. She is a member of the Powerhouse of Prayer.

Sister Helena Fischer, a native of Owensboro, is celebrating her 60th year of religious life. Since 1987 she has ministered at Brescia College/University, as director of institutional research (1987-97), assistant registrar (1987-90), and registrar (1990-present). She served as chairwoman of the Mount Saint Joseph Picnic from 1991-2000. She also ministered in Louisville, Loretto and Leitchfield, as well as Missouri and New Mexico.

Sister Julia Head, a native of Stanley, is celebrating her 60th year of religious life. She ministered as head teacher at St. Alphonsus School, St. Joseph (1972-73), as a teacher at Our Lady of Lourdes School, Owensboro (1978-79) and then coordinator of religious education at the parish (1979-86). She has served at Immaculate Parish in Owensboro on three instances, first as coordinator of religious education (1986-88), then as pastoral associate (1999-2010) and since 2016, in adult faith formation ministry. She was the director of religious education at Precious Blood Parish, Owensboro (1988-92), then served in the Office of Adult Education for the Diocese of Owensboro and as coordinator of off-campus courses at Brescia College/University (1992-99). She was director of the apostolate at the Motherhouse (1973-76). She was elected assistant congregational leader for the Ursuline Sisters from 2010-16. She also ministered in Madisonville, Louisville and Nebraska.

Sister Kathleen Kaelin, a native of Louisville, is celebrating her 60th year of religious life. She ministered in Maple Mount as a teacher at Mount Saint Joseph Academy (1973-79), as director of the temporary professed for the Ursuline Sisters (1979-86), and as associate director of the Mount Saint Joseph Conference and Retreat Center (1988-91). She ministered for the Diocese of Owensboro from 1983-89, first as co-director of the Office of Social Concerns, then as co-director of the Office of Worship and Spiritual Life. She served in the ministry formation program at Brescia College (1985-88), and also ministered in Missouri. Today, she ministers as a spiritual guide and meditation teacher at the Passionist Earth & Spirit Center in Louisville.

Sister Nancy Murphy, a native of Curdsville, is celebrating her 60th year of religious life.

She ministered at Brescia College/University as assistant financial aid director (1984-89), grants research writer and assistant director of institutional research (1994-97), and director of institutional research (1997-2002). She ministered in her community locally as director of the juniorate program (1984-91), as local superior (1989-94), director of novices (1997-2004), assistant local community life coordinator (1999-2000, 2003-2005) and assistant to the archivist (2016-17). She was an elected member of the Ursuline leadership Council from 2010-16, while also serving as congregational secretary and director of formation. She also ministered elsewhere in Kentucky, Illinois and Missouri. She is now serving as congregational secretary.

Sister Rosanne Spalding, a native of Springfield, is celebrating her 60th year of religious life. She taught at Mary Carrico School, Knottsville (1967-69), St. Peter of Alcantara School, Stanley (1976-78), and at Precious Blood School (1969-70, 1980-82), serving as principal there from 1978-80. She was director of religious education at Our Lady of Lourdes Parish (1986-98), and since 1998, she has been pastoral associate and director of religious education at Precious Blood Parish. She also ministered elsewhere in Kentucky and in Nebraska.

Sister Elizabeth Mary “Betsy” Moyer is celebrating her 50th jubilee. Her many years of teaching included two Owensboro schools: Bishop Soenneker (1999-2001) and Catherine Spalding (2001-02). She also taught in Leitchfield and in New Mexico. She was a principal at Holy Angels School, Sorgho (1997-99) and at schools in Missouri and New Mexico. A native of Nebraska City, Nebraska, Sister Betsy has also been active in health care ministry. She was a nurse assistant, then an LPN intermittently for 10 years at the Motherhouse Infirmary at Maple Mount. She was the health care administrator of Saint Joseph Villa, Maple Mount (2004-08). She taught religion and helped in a health clinic in Jamaica (2008-09). She was an LPN in Kansas for a year and in a Missouri hospital for two years, while also teaching religion at a parish. Since 2012, she has served at Brescia University, first as assistant registrar and then in the School of Education, where she was administrative coordinator and data manager, and at present Curriculum Resource Center, field experience coordinator and office manager.

Sister Marilyn Mueth, a native of Paderborn, Illinois, is celebrating 40 years of religious life — first as an Ursuline Sister of Belleville, Illinois, then an Ursuline Sister of Mount Saint Joseph after their 2005 merger. For more than 30 of those years, she has taught at Catholic schools in Illinois (in Mascoutah, Fairview Heights, and Millstadt). She has also been a school religion coordinator and a retreat director for King’s House Retreat Center, both in Belleville, as well as a pastoral associate in New Baden, Illinois. From 1991-2012, she was a teacher at St. James School in Millstadt. After a ministry to help her family, she returned to St. James in 2016 as a K-8 resource teacher.

Founded in 1874 at Maple Mount in Daviess County, the Ursuline Sisters of Mount Saint Joseph currently minister throughout Kentucky and in Arizona, Illinois, Indiana, Kansas, Louisiana, Missouri and Chile, South America. Visit us online at ursulinesmsj.org.

FL: OFCR SHOT/CHIEF: WE ARE HEARTBROKEN