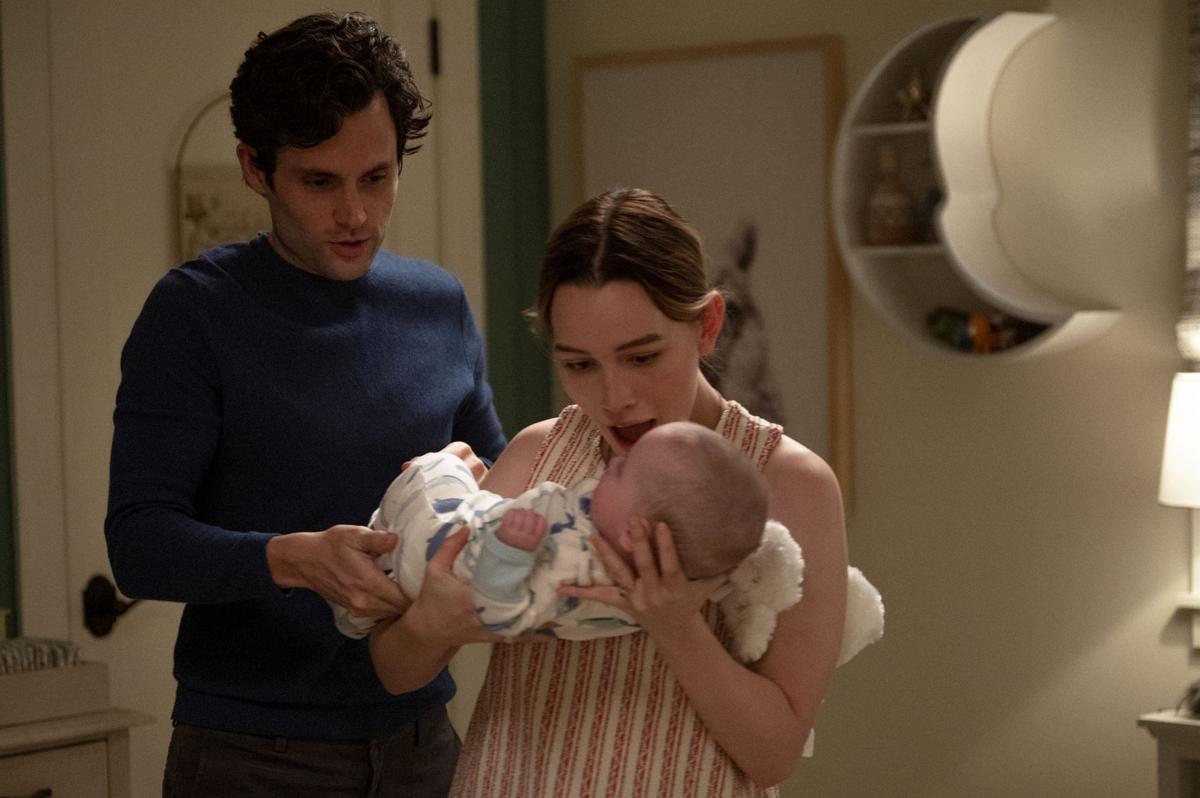 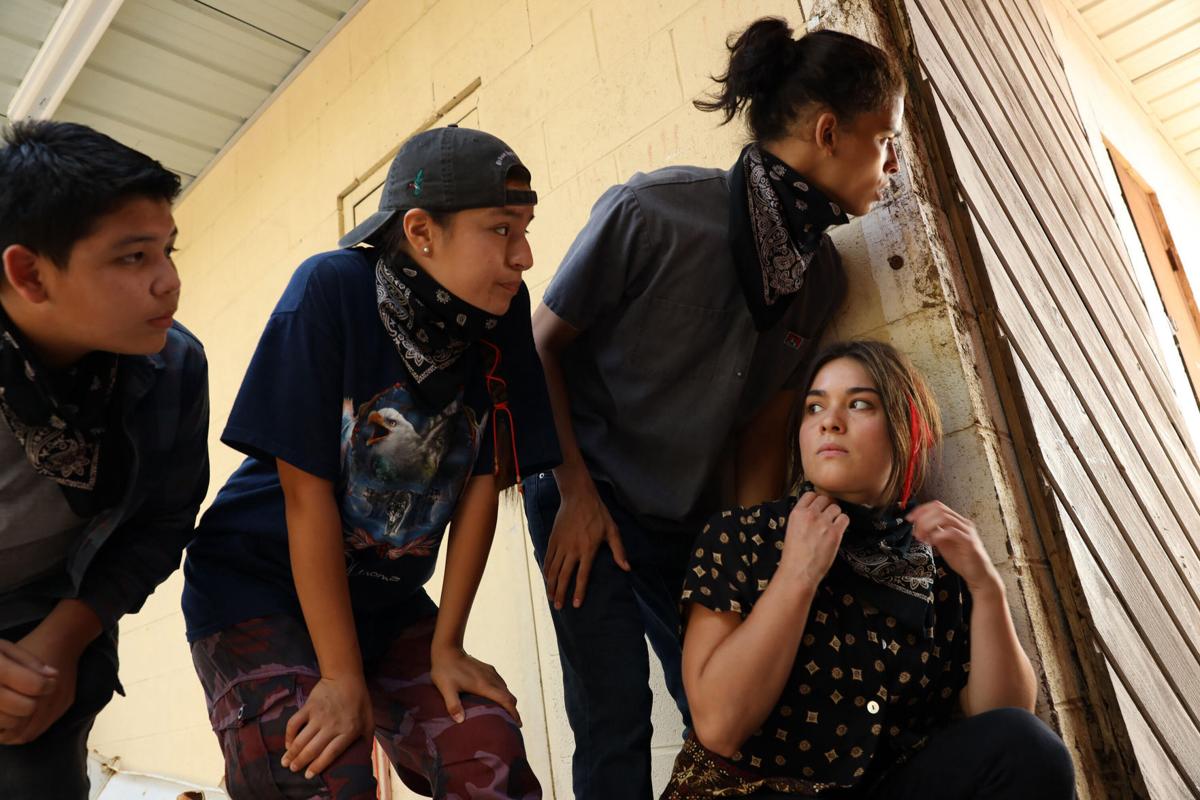 Serial killers in love, the obscenely rich in crisis, scammers in too deep: This year’s best TV offerings, with one notable exception, reflected our extremely 2021 desires to get back to normal. After experimenting with covid constraints last year — remember all those socially distanced, Zoom-based shows only TV critics seemed to watch? — television largely ignored the pandemic, exploring what feels like any other issue under the sun.

But programming appears to be more affected by delta than it’d like to admit. (The production side of things certainly is.) Eight of 2021’s top 10 shows are either from Netflix, which announced shortly after quarantine began that it had plenty of content in its endless pipeline, or HBO/HBO Max, which has steadily beefed up its wares with foreign imports. Here are the nine finest escapes from the impending omicron, and the one painfully accurate tribute to a year lost.

It’s entirely apt that a show with a book-revering protagonist would come by its pleasures the old-fashioned way. Immaculate plotting, pitch-perfect satire and combustible chemistry between leads Penn Badgley and Victoria Pedretti made the third season of this serial-killer drama the series’ best by far. An incisive dissection of the self-delusion it takes to sustain obsession, “You” pulled off the seemingly impossible by making its sendups of the suburbs feel fresh, while pointedly exploring the all-too-common denials and deceptions that can slow, but not stop, a marriage’s inevitable disintegration.

Filmmakers have long turned their cameras on their families for some of their most moving work. Ry Russo-Young joins this vaunted tradition with her exceptionally poignant docuseries, in which she chronicles the unusual circumstances in which her parents — lesbians who decided to become mothers in the early 1980s — created a family and very nearly lost it. “Nuclear Family” transports us back to a moment in LGBTQ history when queerness practically disqualified individuals from parenthood in the eyes of the law, and achingly explores how the lack of templates for gay child-rearing endangered Russo-Young’s family, when her homosexual biological father became determined to fight for his paternity rights, no matter the cost.

2021 made significant representational gains on TV with Peacock’s “Rutherford Falls” and FX on Hulu’s “Reservation Dogs,” comedies with Native American talent in front of and behind the camera. But the “Atlanta”-esque “Reservation Dogs” deserves its own shout-out, mixing mythology, social realism, crime capers and coming-of-age trials to pay an extraordinary (and often very, very funny) homage to its teenage quartet’s dusty Oklahoma hometown. With four fresh-faced finds headlining alongside veteran character actor Zahn McClarnon (“Fargo”), the show proves what it’s saying: Try scratching the surface, and you can find specialness anywhere.

“Hacks” is the kind of show so good, you wish there were 10 others just like it — in its case, platonic love stories between female mentors and protegees. Whether in “The Devil Wears Prada” or the more recent “Late Night,” the older woman tends to become the center of gravity in such workplace tales of mutual grudging respect, and this dramedy from “Broad City” alums is no exception. Jean Smart delivers the performance of the year as Deborah Vance, comedy’s Vegas-based fading grande dame. Her iron-willed comeback to relevance — aided by Hannah Einbinder’s entitled but cutting-edge Gen Z joke writer Ava — looks to the future of stand-up while paying tribute to its past.

To watch “Maid” is to realize how seldom pop culture dares to tackle experiences as widely shared as low-wage work, domestic violence, being a half-step from homelessness and caring for a family member with untreated mental illness — and with such care, nuance and well-roundedness. Adapted from Stephanie Land’s best-selling memoir, the limited series seems to have become a word-of-mouth hit, not just because it depicts those struggles with sensitivity, but because it made them part of an engrossing tale of a single mom’s self-rediscovery. Starring mother-daughter leads Andie MacDowell and Margaret Qualley in career-high performances, the drama soars by refusing easy answers or villains. Life’s much too complicated for that.

A multibillion-dollar fortune is at stake on HBO’s buzziest (and still TV’s best) drama, but “Succession” somehow managed to raise the ante even higher in its third season. Wittier and nastier than ever, the Murdoch-inspired dynastic farce reached a zenith with its sixth episode, which took viewers to an anti-democratic conclave where the next GOP presidential candidate was chosen, and with its seventh, which took place at the world’s saddest 40th birthday party (Kendall’s, obviously). By pitting his children against each other, Roy family patriarch Logan (Brian Cox) practically ensured that they’d always be at each other’s throats. Season 3 finds the Roy parenting approach coming into rotten fruition, the grown children continuing to battle each other for a company that’s steadily proving itself too big to control.

The revelations kept on coming when Oprah Winfrey sat down with Prince Harry and Meghan, Dutch of Sussex, some 14 months after the couple broke from the rest of the British royal family and resettled in California. Inquiries about their then-unborn son’s skin color and Markle’s ignored pleas for help following her mental distress (which became severe enough to include suicidal thoughts) were just the tip of the iceberg in an interview that will probably be discussed for years to come. The March special was deeply personal, yet unmistakably openhearted, with Harry following in his late mother’s footsteps by encouraging more candid conversations about mental health, including on his and Winfrey’s follow-up Apple TV Plus miniseries, “The Me You Can’t See.”

No other TV programming felt more 2021 than Bo Burnham’s musical-comedy special, a clever yet unabashedly bleak meditation on the isolation and depression brought on by the pandemic, as well as the absurd, flattening infiniteness of our digital lives. (“Start a rumor, buy a broom-er/Or send a death threat to a boomer/Or DM a girl and groom her/Do a Zoom or find a tumor,” as Burnham carnival-barks in one song.) Released at the end of May, as we were being promised something like a post-covid summer, watching “Inside” felt like a collective mourning for the year (and sanity) we’d lost — and fittingly, most of us did it on our phones and laptops, indoors and alone.

Since its launch, HBO Max has introduced a dedicated stream of smaller British series to its service, to the delight of its Anglophile subscribers. But the greatest of them is the decade-spanning miniseries about AIDS “It’s a Sin,” which follows a group of young queer friends, from all walks of life and over England, as the “gay cancer” ravages their nascent community. It sounds devastating, and it is, but creator Russell T Davies (“Doctor Who,” “Years and Years”) remembers a cohort that barely got to live by honoring their joy and freedom and exuberance, while observing the many avoidable tragedies that made their deaths that much more brutal. It’s a monumental achievement of a series, about a generation of pain we have yet to fully confront.

Elizabeth Carmichael is the kind of person fiction just can’t compete with: a car-industry visionary, an inveterate liar, a parent to countless children across the country, a trans pioneer, somehow a deserving target and a genuine victim of Peabody-winning journalism. TV has no shortage of true-crime tales or scammer sagas, but Carmichael’s are singular, as is this visually arresting docuseries about her life, which celebrates her irreducible complexities while never letting her off the hook for all the harm she caused, like defrauding millions from investors who just wanted to buy in her dream of a fuel-efficient, three-wheeled automobile during the 1970s oil crisis. There’s no more fantastical yarn than the one spun here, nor a portrait so profoundly human.

'I'm a Barbie girl!' These stars inspired their own Barbie dolls