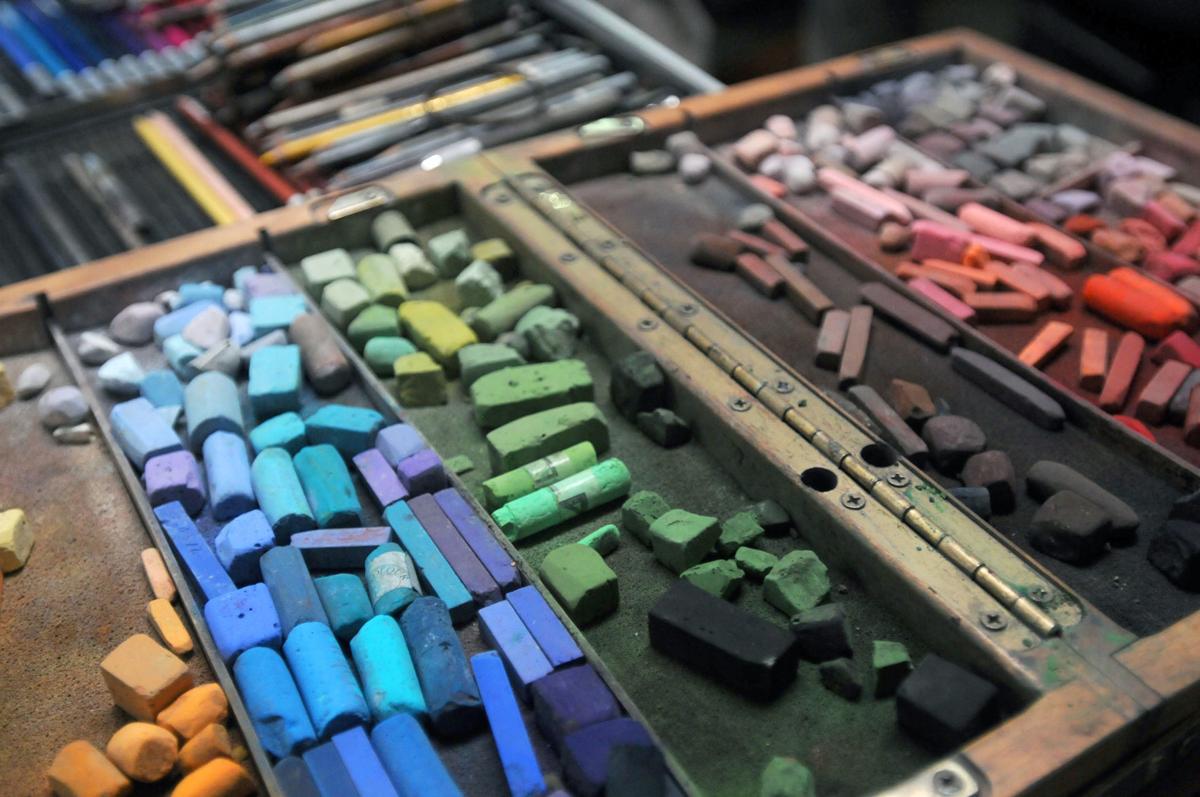 The pastels that local artist John Medley uses to create his pieces of art are shown. Medley will be one of the artists submitting a piece to the upcoming 58th annual Owensboro Art Guild Juried Exhibition. 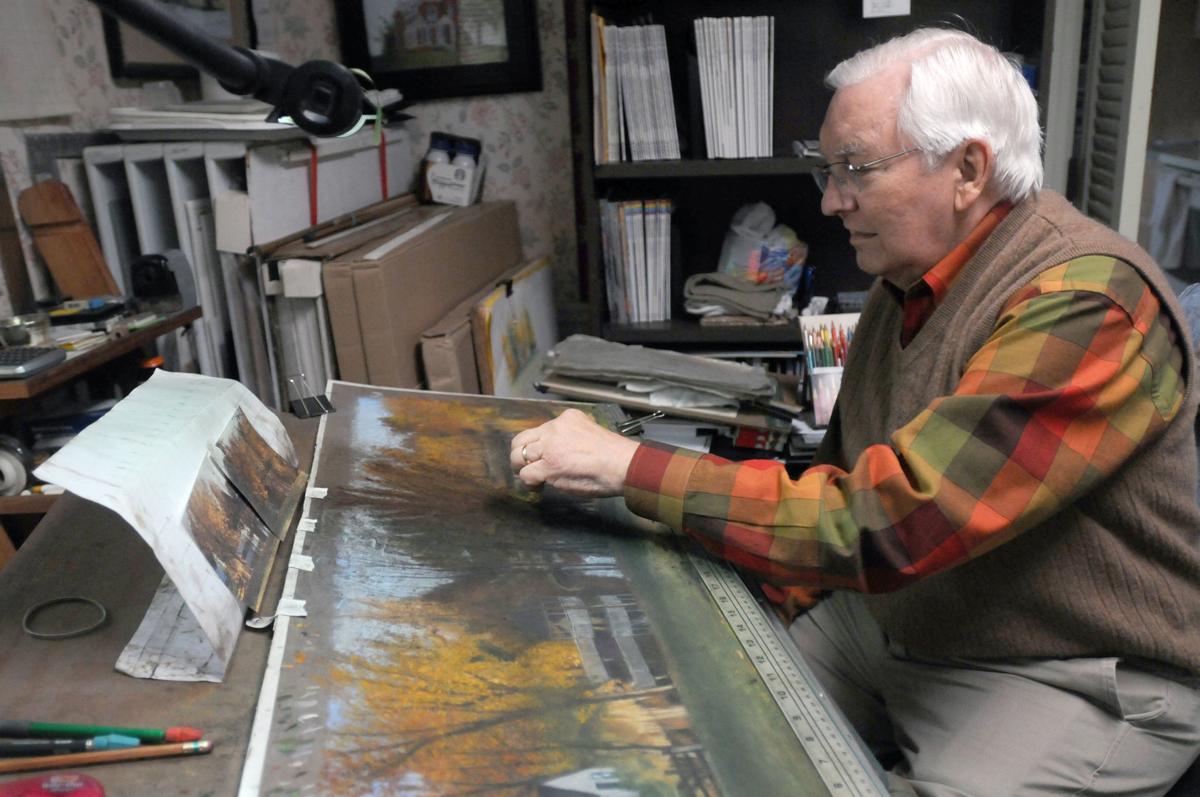 John Medley works on a pastel piece in his home studio on Wednesday. Medley, a long-time member of the Owensboro Art Guild, will be submitting this piece to the guild’s upcoming 58th annual juried exhibition that will take place at the Owensboro Museum of Fine Art.

The pastels that local artist John Medley uses to create his pieces of art are shown. Medley will be one of the artists submitting a piece to the upcoming 58th annual Owensboro Art Guild Juried Exhibition.

John Medley works on a pastel piece in his home studio on Wednesday. Medley, a long-time member of the Owensboro Art Guild, will be submitting this piece to the guild’s upcoming 58th annual juried exhibition that will take place at the Owensboro Museum of Fine Art.

The Owensboro Art Guild is currently accepting entries for its 58th annual juried exhibition, which is the longest continuously running juried show in Kentucky, according to guild President Selma Wiesenberg.

Artists interested in participating may submit art pieces up until Feb. 14. The exhibition will take place at the Owensboro Museum of Fine Art, which is where artists will drop off their pieces from 1 to 4 p.m. Feb. 22-23. The exhibition’s opening reception will be from 6:30 to 8:30 p.m. Feb. 29 and will run through April 24.

Wiesenberg said the art guild’s exhibition would not be as successful without the support of the OMFA.

“They give the space, and they cover a lot of the expenses dealing with the show,” she said. “Without the museum, this wouldn’t be anywhere near successful as it is.”

Mary Bryan Hood, OMFA executive director, said this show is “certainly a major event in the region,” and that it is the museum’s first exhibition of the season.

For an organization run completely by volunteers to have a long-lasting, continuous show is unique and something to be commended, Hood said.

She said the museum and the art guild have a wonderful partnership. Artists accepted into the show present demonstrations and art talks at the museum throughout the duration of the exhibition. Artists are also invited to teach classes during the OMFA’s summer camps.

“It’s a very nice and successful partnership,” she said.

Area artist John Medley is an active member of the guild and has submitted pieces to the juried exhibition for 15 years or more. Medley, who has an art degree from the University of Dayton and the Dayton Art Institute did not get more involved in the art guild until he retired from working in his family’s beer distributorship.

Since his retirement, he has been creating a lot more art, he said, which means he’s happier.

“I can’t say that it’s relaxing because it gets pretty stressful sometimes,” Medley said about his works. “I like it and try to keep doing better and entering shows.”

Medley has primarily worked in watercolor and gouache, which is an opaque watercolor, but has been principally focused lately in the pastel medium. He likes pastels because he can “get tight” with his pieces, he said, and have more control over the medium when he’s working.

The art guild’s juried exhibition is a good show, he said, and he encouraged area and tri-state artists to submit pieces.

Wiesenberg said the art guild mails out 350 applications for the exhibition.

This show will be juried by Jon Michael Siau, an Evansville artist who has been commissioned to create works for the U.S. Olympic Committee, Mickey Mantle, the Judds, Garth Brooks and more. Siau was a high school art teacher for 42 years and primarily works in watercolor, drawing and printmaking.

The juried exhibition will have $3,500 in purchase and merit awards.

An artist may submit up to two entries. The fee for Owensboro Art Guild members to enter into the show is $30, and the fee for nonmembers if $40. All media and mixed media, with the exception of photography, are eligible. Entries must not exceed 60 inches in any direction and weight should not exceed 100 pounds. Exhibitors must be 18 years or older.

Those interested in entering the exhibition should contact Wiesenberg at wdsinc@roadrunner.com or by calling her at 270-314-1021 to be sent the registration forms.