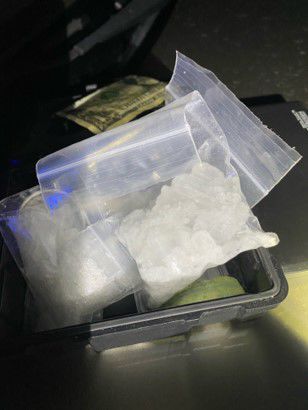 Pictured is the crystal methamphetamine seized at the traffic safety checkpoint in Grayson County. 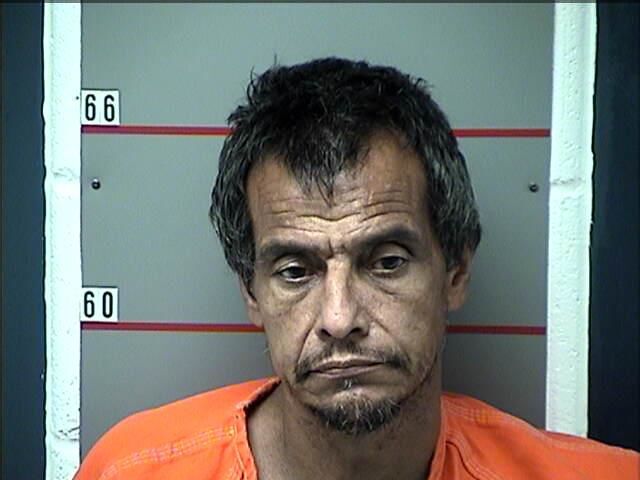 On Saturday, July 30, the Grayson County Sheriff’s Office, K-9 Zeus, the Leitchfield and Clarkson police departments, and Constable Mark Stanton conducted a traffic safety checkpoint on US 62 and KY 88 in Clarkson.

The checkpoint resulted in an arrest and approximately 14 citations. Citations issued included several for expired registration, no insurance, failure to wear seat belt, possession of marijuana, and possession of controlled substance (methamphetamine and hydrocodone).

Arrested at the checkpoint was 53-year-old Edward Scott, of Clarkson. Scott was found to have over 40 grams of crystal meth and several hundred dollars in cash, as well as items consistent with the distribution and sale of illegal narcotics in his possession, according to Grayson County Sheriff Norman Chaffins.

“Over 400 vehicles were inspected,” said Chaffins. “Our citizens should expect to see more of these checkpoints during the month of August and the rest of 2022 as we look for impaired and/or unrestrained drivers.

Thanks to our GC citizens for your patience during these checkpoints. Seizing illegal drugs and paraphernalia will continue to be a priority for the GCSO.”

Water Collection Drive H2O For Heros Is Back in Billings

Bundle of Nerves...These celebrities have opened up about their struggles with anxiety