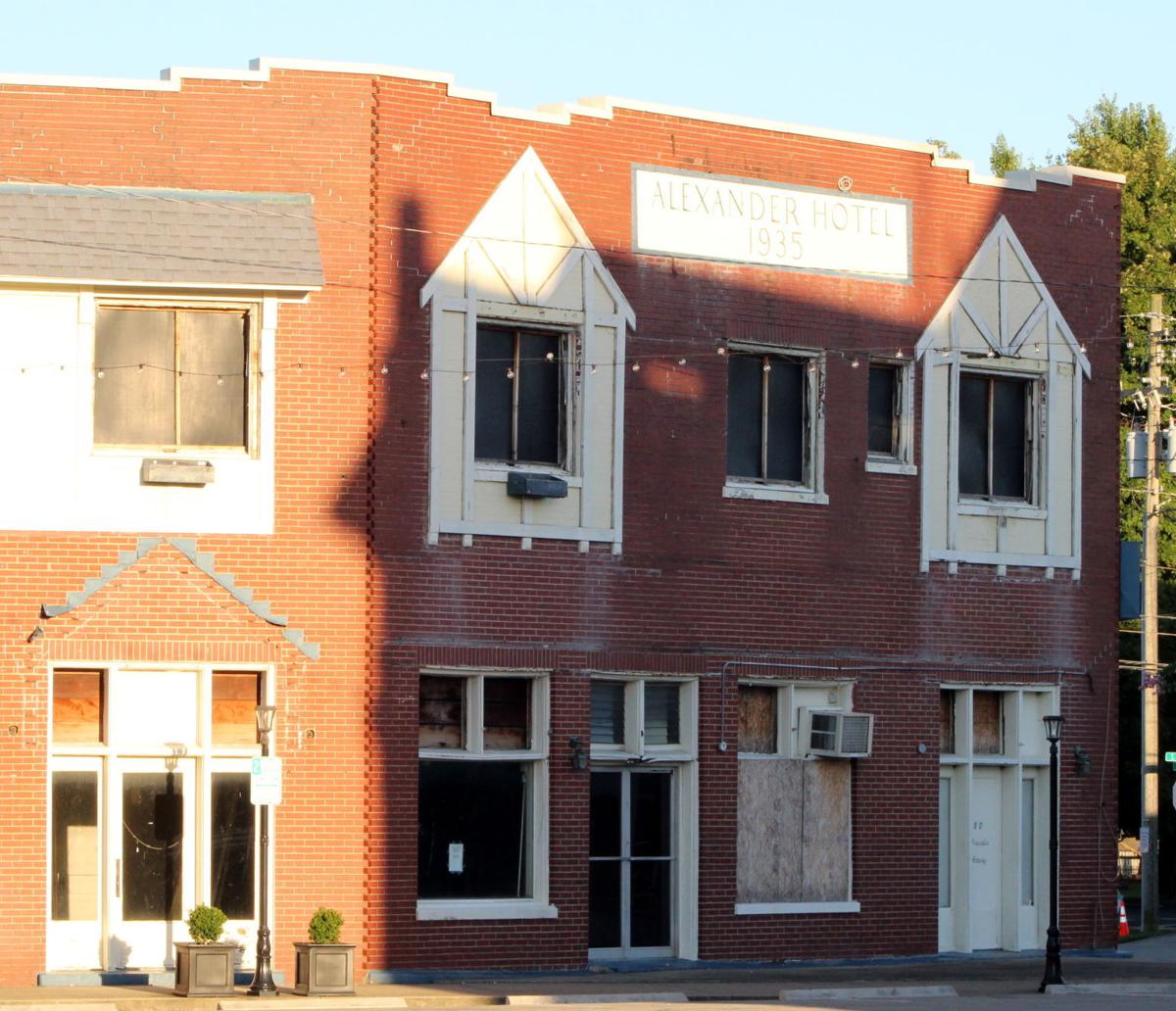 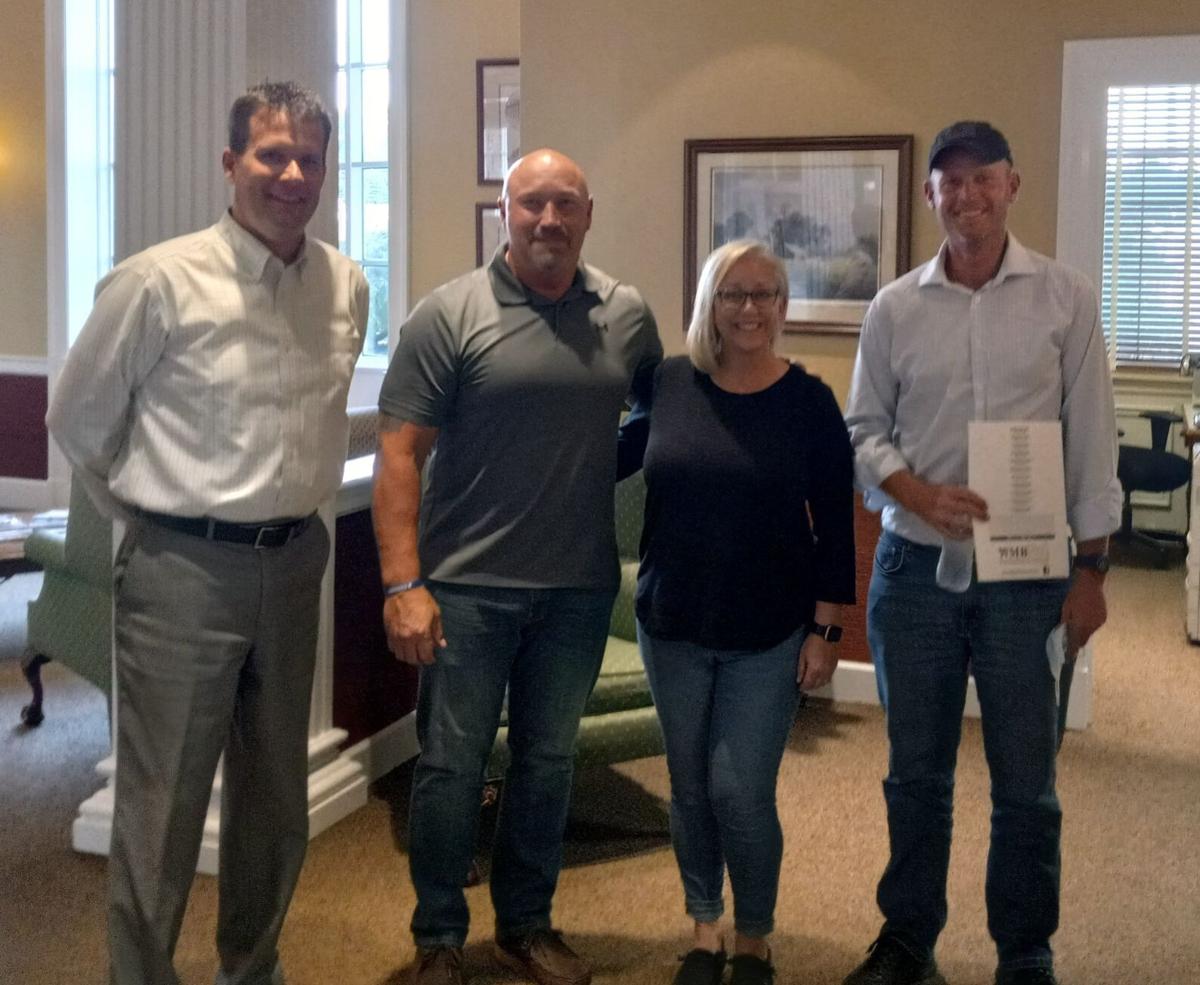 Jay Dinwiddie, far right, celebrates the sale of the Alexander Hotel to Robert, second from left, and Mandi McKinzie, second from right, on Wednesday alongside Wilson & Muir Bank & Trust Co. Senior Vice President & Branch Manager Ryan Bratcher, who served as the loan officer for the sale.

Jay Dinwiddie, far right, celebrates the sale of the Alexander Hotel to Robert, second from left, and Mandi McKinzie, second from right, on Wednesday alongside Wilson & Muir Bank & Trust Co. Senior Vice President & Branch Manager Ryan Bratcher, who served as the loan officer for the sale.

Jay Dinwiddie announced Wednesday that the Alexander Hotel and Alice Theater have officially been sold.

Robert and Mandi McKinzie, who also are co-owners of The Storehouse Coffee & Gifts along with Tina and Steve Brooks, became the new owners of the Alexander Hotel and Alice Theater at 2:30 p.m. on Wednesday.

The historic building has remained vacant for years despite numerous efforts to sell, demolish, and/or revitalize it, but the future now looks bright for what was once the focal point of Leitchfield’s Public Square.

“The building is in good hands, and we look forward to seeing the building cleaned up and back in action,” Dinwiddie said.

The decision was a long time coming for the McKinzies, who originally looked into purchasing the building prior to the 2020 effort to sell stocks in it.

Mandi McKinzie said they had always hoped something would be done with the building, but felt that, when they first looked into purchasing it, the time was not right.

Then, when the effort to sell stocks in the hotel and theater arose, the McKinzies were one of the few who purchased a $25,000 share in it. That initiative ultimately failed and purchased shares were returned.

The McKinzies did not give up though, and said they have been in “constant prayer” about potentially purchasing it.

Robert McKinzie said that, on multiple occasions, he and his wife would find themselves in prayer and both have visions of doing something with the hotel.

While they had spoken to several people about partnering on the revitalization of the building, they ultimately felt compelled by God to buy and own it themselves.

“It’s always held a sentimental value to me,” said Mandi McKinzie, who, after her parents divorced when she was a child, would stay with her father in the Alexander Hotel.

Those childhood memories led her to build a friendship with Dinwiddie, who also spent a portion of his childhood living in the hotel.

She said Dinwiddie felt at peace with the McKinzies’ purchasing the building, and felt it should be theirs.

While he admits the prospect of purchasing the building is risky, Robert McKinzie said he and his wife are both passionate about revitalizing the Public Square and, in the process, the city as well.

And, as the McKinzies prepare for the arrival of their first grandchild in October, they feel that it is more important now than ever to leave their community in a better condition than they found it.

“Our hearts are in the community,” Robert McKinzie said.

The couple has already begun hiring contractors and gathering quotes and inspectors to begin the work of renovating the building; though they are unsure of when the work will begin.

Their current plan is to renovate the restaurant portion so that it can be rented out to “a relatively nice sit-down restaurant” where people can go and enjoy a meal, Robert McKinzie said.

“We’re going to restore that to its glory, but we’re hoping people will take advantage of the space,” Mandi McKinzie said.

As for the upstairs hotel portion, those rooms will be converted into eight-to-10 fully furnished, high-end studio apartments.

Currently, they are unsure of what they will do with the theater portion of the building, but they said that the prospect of making a profit off of a one-screen movie theater in today’s market is not feasible.

The McKinzies also hope that, by moving forward with the purchase and renovation of the Alexander Hotel and Alice Theater, they may inspire others to take action, as well.

Leitchfield Mayor Rick Embry, who has long pushed for something to be done with the building, said he is excited about the prospect of it being revitalized.

“I’m looking forward to the remodeling and that becoming a viable part of our downtown,” said Leitchfield Mayor Rick Embry.

Based upon utility usage, city officials estimate the building has been vacant since at least January of 2013.

Rep. Ilhan Omar: We didn't envision having Republicans in our party