You have permission to edit this article.
Edit
Home
News
Obituaries
Sports
Opinion
Classifieds
E-edition
Return to M-I
1 of 4 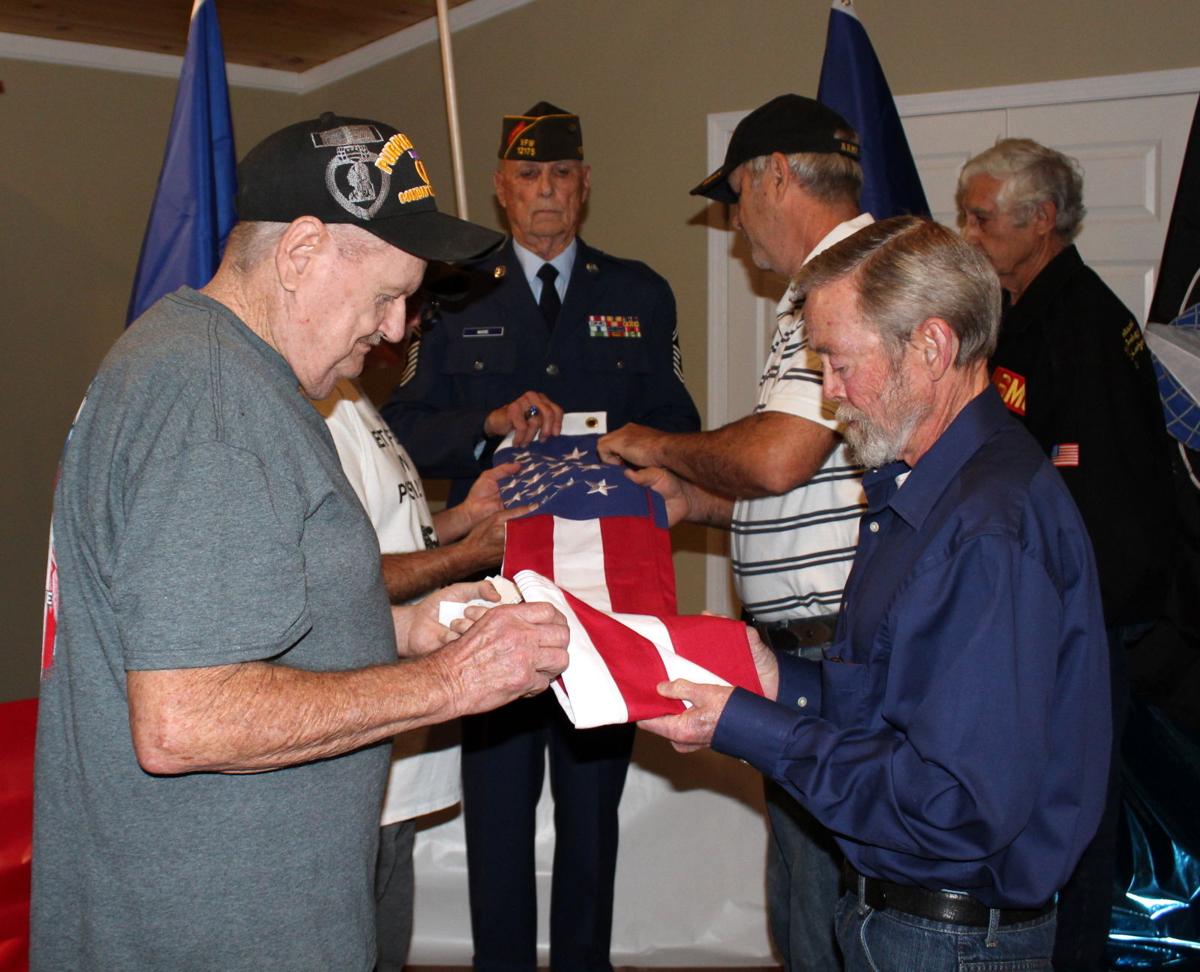 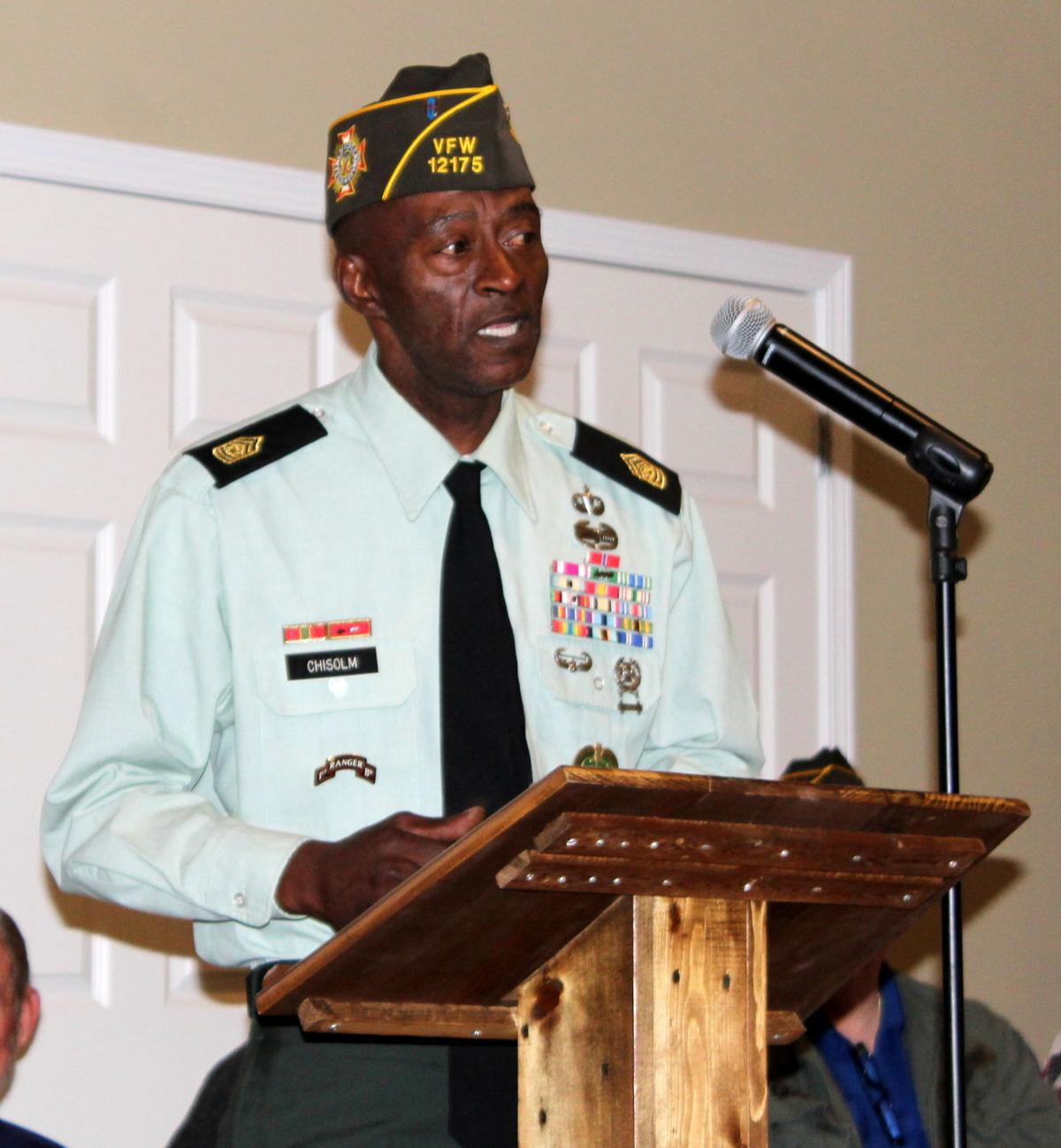 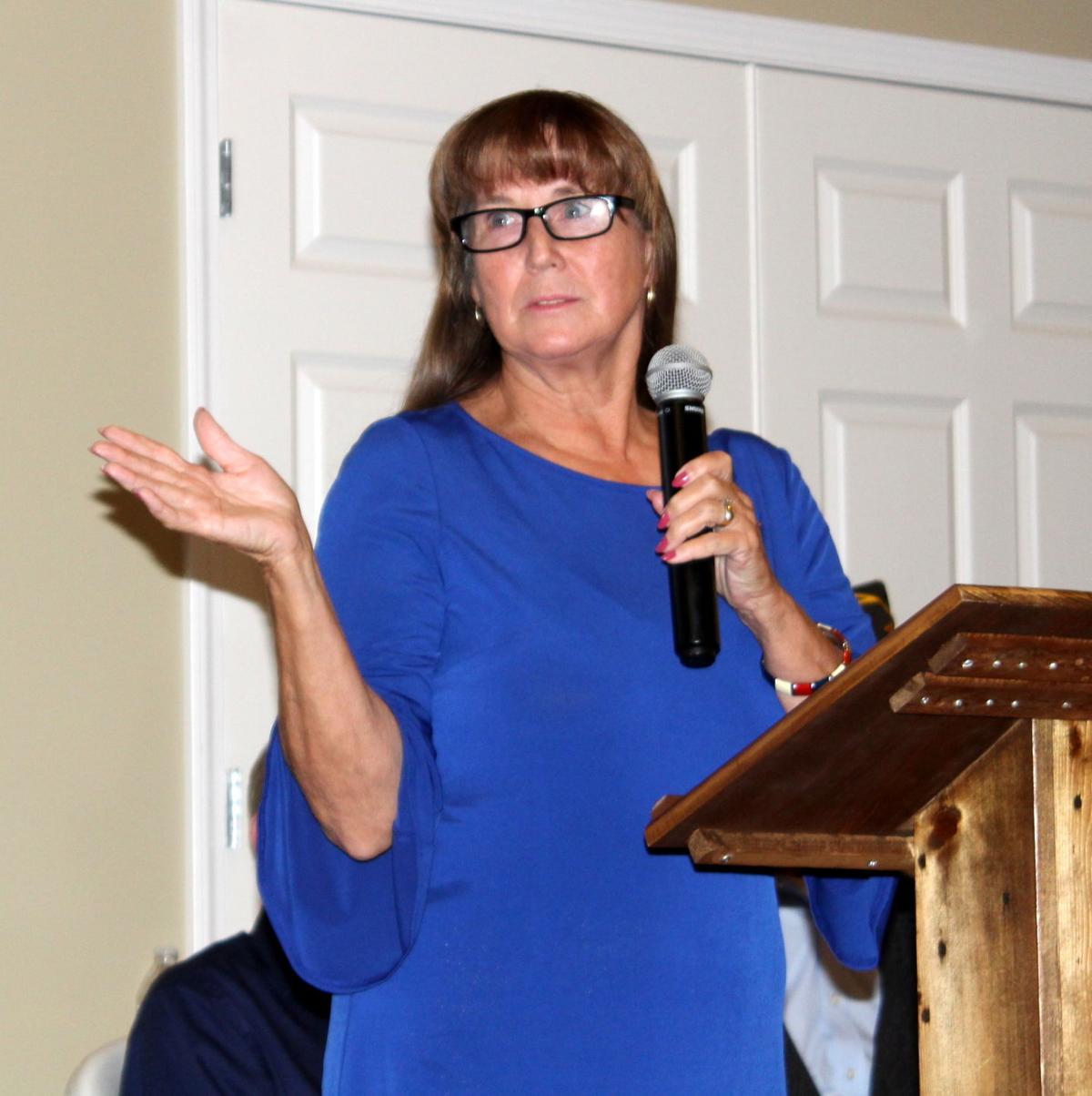 Clarkson Mayor Bonnie Henderson expresses her appreciation for the individuals whose work brought the Clarkson Veterans Memorial to life. 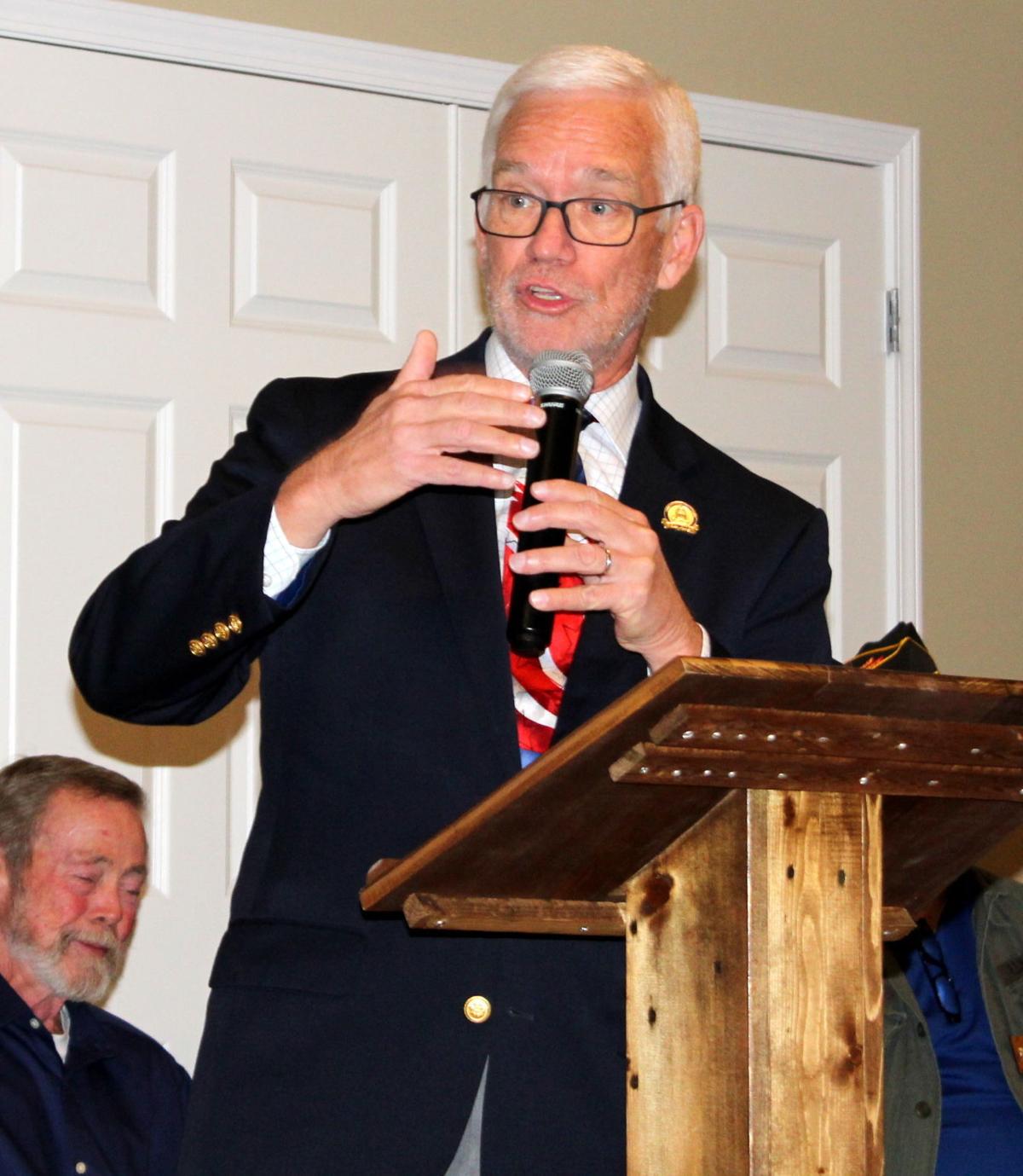 Clarkson Mayor Bonnie Henderson expresses her appreciation for the individuals whose work brought the Clarkson Veterans Memorial to life.

The city of Clarkson and VFW Post 12175 celebrated the successful completion of the new Clarkson veterans memorial with a dedication ceremony held last Thursday on Veterans Day inside the Clarkson Community Center.

Originally intended to be held outdoors at the memorial itself, which is located in the Clarkson city park, the dedication was moved indoors due to rain.

Retired U.S. Air Force Chief Master Sgt. Irving Moore served as master of ceremonies for the event and reminded attendees that the difference between Veterans Day and Memorial Day is that Veterans Day honors all veterans living and dead, while Memorial Day serves as a tribute to those service men and women who fell in the line of duty.

He then introduced VFW Post 12175 Commander Leo Chisolm, who thanked the city and citizens of Clarkson for their support of the Leitchfield VFW post’s efforts to establish a veterans memorial in their city.

Chisolm also said he was excited to see students from the Clarkson Elementary School choir in attendance to perform because it is important to instill in younger generations the importance of honoring veterans.

Clarkson Mayor Bonnie Henderson then addressed attendees, explaining how impressed she was that the Clarkson veterans memorial was completed by the VFW in a matter of months.

She said VFW members addressed the Clarkson City Commission earlier this year requesting a place in the Clarkson city park to install a veterans memorial with the goal of having it completed by Veterans Day.

With the VFW’s goal accomplished, Henderson invited everyone to go out and visit the memorial and commemorate the sacrifices of America’s veterans.

“It’s overwhelming what they’ve sacrificed,” she said. “From me and from the city, thank you for your service.”

Henderson was followed by state Sen. Steve Meredith (R-05), who was the guest speaker for the dedication ceremony.

“I want to congratulate you, folks; this is your lucky day,” he said. “You woke up in the greatest country in the history of the world.”

Meredith went on to say that attendees were fortunate that they did not have to pay for that privilege because it was already paid for by the sacrifice of America’s veterans, to whom, he said, “I’m not worthy to address you.”

He then discussed the wounds veterans endure, both physical and mental, and said it is important to continue to lobby on behalf of veterans.

Meredith encouraged schools to invite veterans into classrooms to speak with children and share their stories, and he said that one of the best ways to honor veterans is to continue to teach history.

“We owe our veterans a debt that we will never be able to repay,” he said, before adding, other than to say, “Thank you.”

After Meredith’s speech, Chisolm led a moment of silence in recognition of all the country’s veterans and said, “We will always, as a nation, honor and respect their sacrifice.”

In his closing remarks, Chisolm echoed Henderson’s invitation to the community to visit the Clarkson veterans memorial.

“There’s a special meaning to this memorial because it represents everyone who wore a uniform,” he said. “We represent everyone out there.”