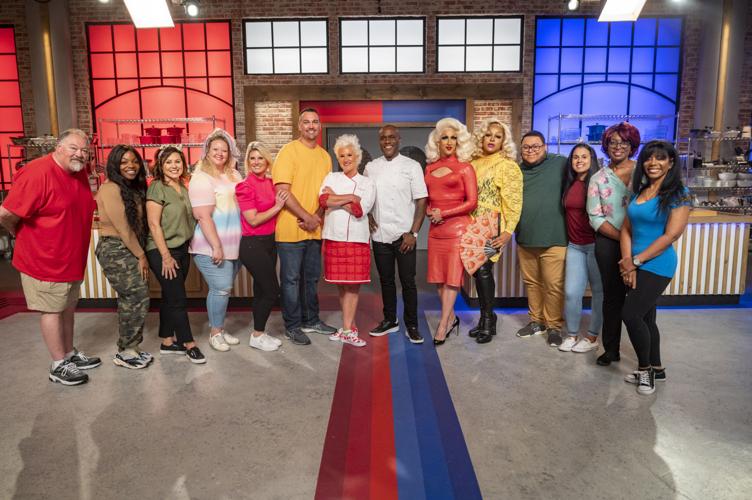 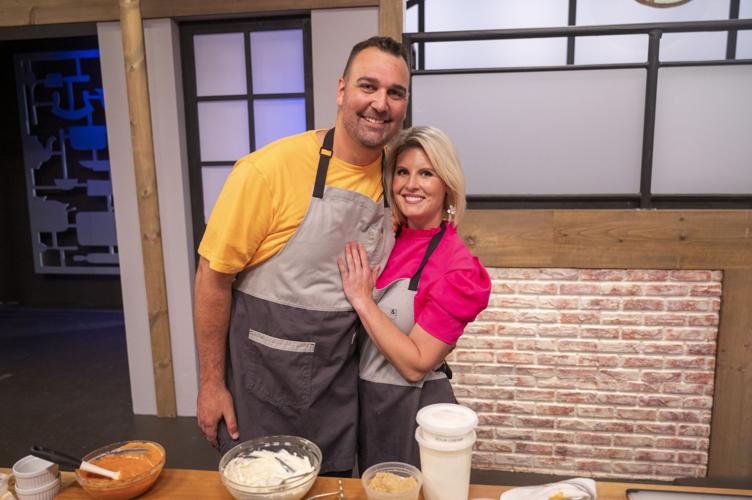 Grayson County High School’s own Eddie and Kara Anderson were recently drafted to the boot camp that is Food Network’s Worst Cooks in America, and their journey to become kitchen masters officially began with the season premiere on Wednesday night.

Eddie (a 9th-12th grade art teacher) and Kara Anderson (an English and broadcast journalism teacher) had not watched Worst Cooks prior to auditioning, but when her mom told them the show was casting duos, they became obsessed and binge-watched the series.

“I have wanted to be on a show with my husband for a while,” Kara Anderson said, adding that she and her husband are “basically inseparable.”

That support for one another proved helpful for the couple, as, Eddie Anderson said, “It was a lot more intense than how it looks on television.”

As the name of the show implies, the contestants are some of the worst cooks in the country, and Eddie and Kara Anderson admit they live up to that designation.

That was bound to change under the tutelage of world renowned chefs Anne Burrell and her new co-host, Cliff Crooks.

“Even being there a day under Chef Anne and Chef Cliff...we were going to be better,” Kara Anderson said. “We definitely left better than we were. Eddie learned how to cut an onion, and I faced a lot of my fears as well.”

She also said that, usually, if she’s not good at something, she just stops doing it, but her competitive nature kept her from quitting the challenge of Worst Cooks in America.

“This was something I’m not good at, so it was really hard for me, but I’m also really competitive,” Kara Anderson said. “It was a positive experience to persevere through something difficult.”

While they may have arrived at the show together, Worst Cooks in America is a winner takes all elimination competition where the winner receives a $25,000 grand prize.

Spoiler alert for those who have yet to watch the first episode of the season.

“I love Chef Anne,” Anderson said. “I wanted so bad for her to have me on her team, so when she chose me, I was overjoyed. My reaction looked over the top, but I felt that way. I had really struggled in the second cook, so I thought it was a good possibility that nobody would pick me. I couldn’t believe it. I just knew if she was going to give me a chance, I was going to try my best to be her best culinary student.”

Eddie Anderson said he was thankful to have been picked by Crooks, whom he felt was more his speed.

“Chef Anne is a little more intimidating,” he said, explaining that he grew up with women who did not trust him in the kitchen. “(Crooks) looks like a college athlete (and was) down to earth. He was fun; I liked him.”

They may not have been selected for the same team, but the couple was relieved when both were picked.

“I was glad he stayed because I got to see him across the kitchen,” Kara Anderson said.

Eddie Anderson noted that being on opposite sides of the kitchen may have been for the best, though.

“It’s probably easier for me to cook without her next to me,” he said. “She’s very distracting.”

At the end of the day, Kara Anderson said she was excited to learn to be able to cook meals for her husband, and Eddie Anderson said he takes pride in being able to bring a dish to the table now, as opposed to before when the couple would go to his in-laws for a meal and take home all the leftovers.

The couple is also excited for their students to see a different side of them, as well.

“Our students have been really looking forward to watching us on this show,” Kara Anderson said. “Personally, I think it will be good for them to see their teacher fail and struggle at something.”

Eddie Anderson has some reservations about his students seeing his culinary struggles, however.

“We don’t want the students to know we don’t know the answer,” he said. “This could really backfire because they’ll have a lot of ammunition against me.”

The show airs Wednesday nights at 8 p.m. CT and is also made available for streaming on Discovery+.

“Tune in for the next episode of Worst Cooks in America,” Kara Anderson said. “It’s going to be rowdy.”

6 ways to strengthen your retirement savings this year

U.S. States With the Worst Roads

‘You’re not a woman just because you got surgery...' These stars were called out for transphobia and homophobia