You have permission to edit this article.
Edit
Home
News
Obituaries
Sports
Opinion
Classifieds
E-edition
Return to M-I
1 of 3 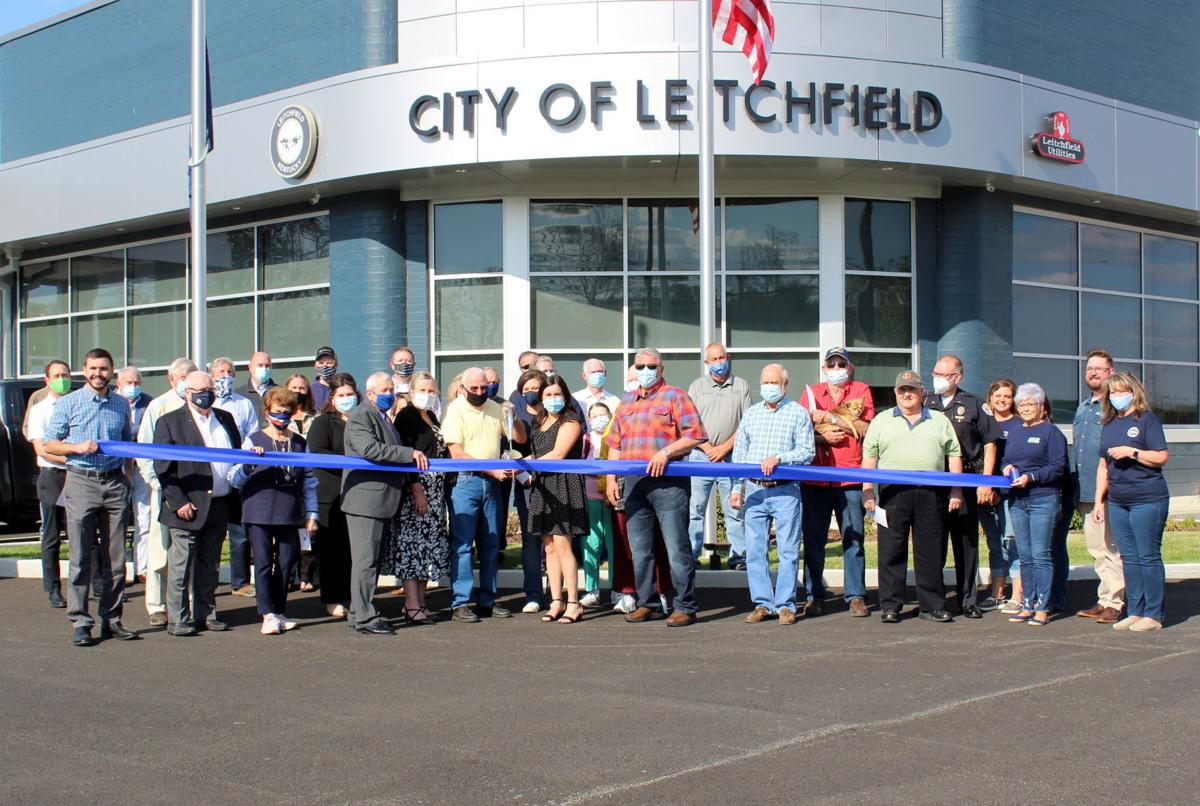 Past and present Leitchfield city officials and members of the Grayson County Chamber of Commerce gather Monday to cut the ribbon celebrating the opening of the new Leitchfield city hall and police department. 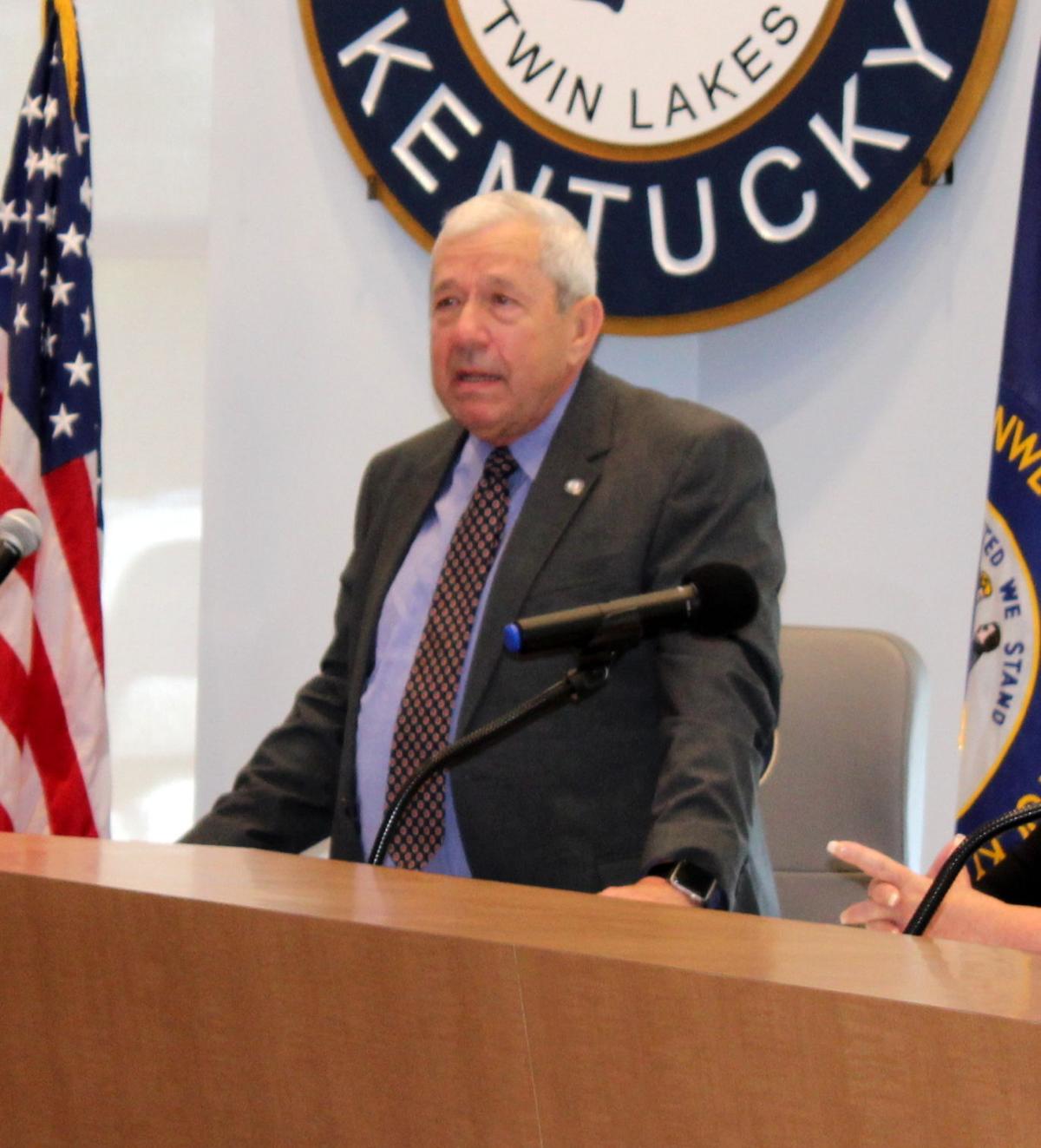 Leitchfield Mayor Rick Embry discusses the impact the new city hall and police department will have on the community during Monday’s ceremonies. 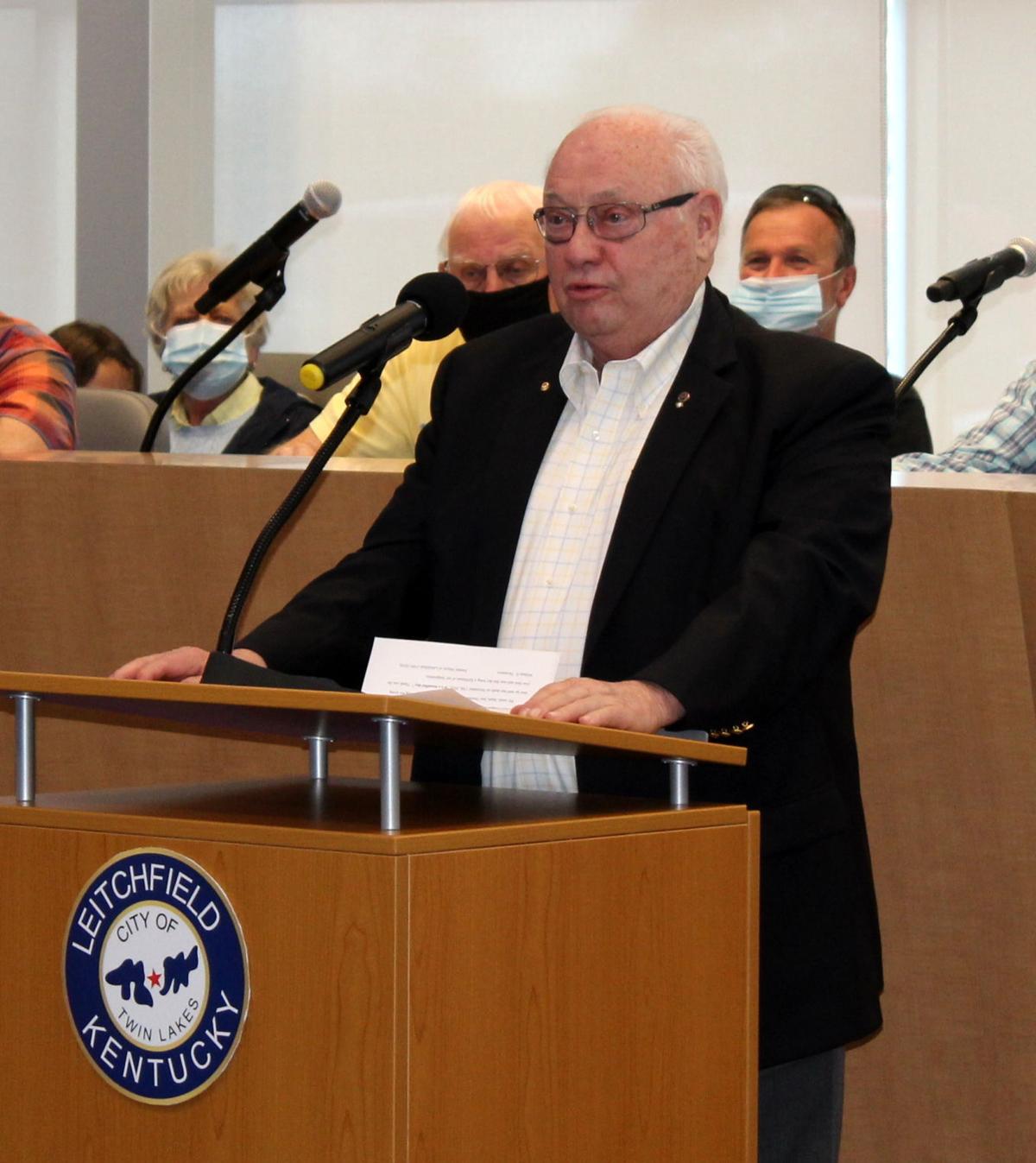 Past and present Leitchfield city officials and members of the Grayson County Chamber of Commerce gather Monday to cut the ribbon celebrating the opening of the new Leitchfield city hall and police department.

Leitchfield Mayor Rick Embry discusses the impact the new city hall and police department will have on the community during Monday’s ceremonies.

The city of Leitchfield celebrated the grand opening of its new city hall and police department with a ribbon cutting ceremony Monday afternoon.

“This is a huge day for us at the city,” said Leitchfield City Clerk/Treasurer Lori Woosley, in her welcome address.

Leitchfield Mayor Rick Embry concurred and said he hopes the community can be proud of its new city hall and police department, a building the city will be able to have “for generations to come.”

“This is your city hall; make it yours,” said Embry. “Come here and be involved in what’s going on.”

Because the project began under the leadership of former Mayor William Thomason, Embry invited Thomason to speak prior to Monday’s ribbon cutting.

Thomason said he was proud and honored to attend the event, and thanked the city officials and citizens whose efforts help make Leitchfield progress and whose imagination helped bring the new city hall and police department to life.

Thomason also encouraged more citizens of Leitchfield to become involved in their community, either through public service or volunteering.

Leitchfield Police Chief David Riley spoke as well and said that, as a police officer he is “extremely proud” of the new building.

Riley also expressed his appreciation for those who had the vision of growing the Leitchfield Police Department.

“With places like this, departments like this to come to, it draws young officers,” Riley said, adding that recruitment and retention of new officers has become a major focus for police departments, and the new facility will be a key recruiting tool.

Riley also noted that, with its new, expanded facility, the LPD is now able to offer new services to the community, such as designated safe parking spots, which are under 24-hour camera surveillance.

“We’re striving to get better, and we’ll continue to strive,” Riley said.

Following the program, attendees moved outside the facility for the official ribbon cutting, after which officials provided a guided tour of the new city hall and police department.

The Leitchfield City Council’s first meeting in the new city hall was held after this, and the new facility comes equipped with updated broadcasting capabilities for the council’s meetings. While meetings will continue to be streamed live on Facebook, citizens may also view them on the city’s newly established YouTube channel, titled “City of Leitchfield Ky.”

Keisha Lance Bottoms: This decision was made from position of strength