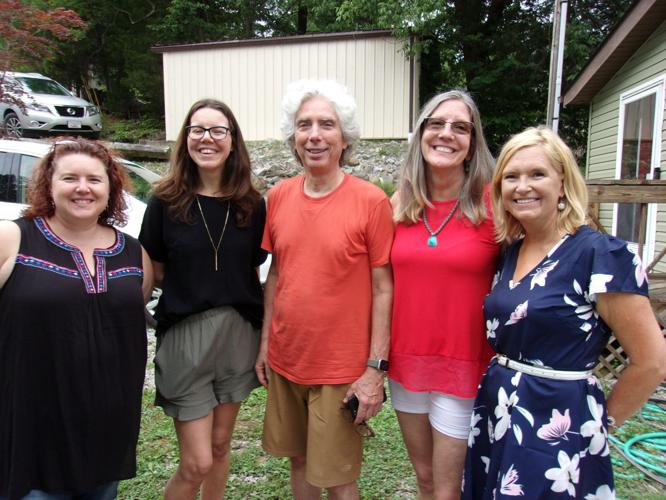 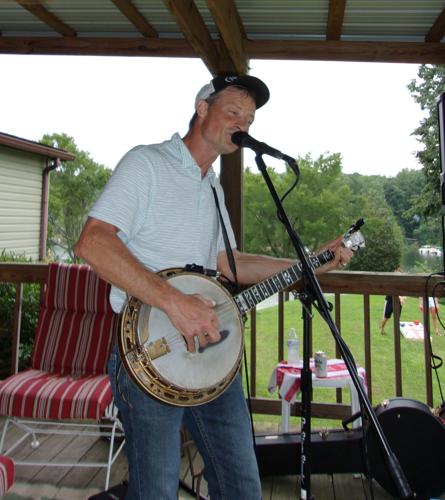 Right: Willie Huston, a banjo picker and singer from Bowling Green, performs at the event.

Right: Willie Huston, a banjo picker and singer from Bowling Green, performs at the event.

Hank and Pam Linderman hosted the inaugural Grayson County Democratic Picnic at their lakefront home at Falls of Rough on Sunday. A cloudy sky and a few random raindrops failed to dampen the spirits of local Democrats who gathered for a cookout feast and live musical entertainment.

“We’re rebuilding the Democratic Party one county at a time,” said Fogle. “Within the next decade, we’ll see a Democratic Party that’s more vibrant and more relevant than what it is today.”

“We’re rebuilding the party from the ground up,” said Dennison. “We plan to do this again next year.”

Hank Linderman built a solid career as a self-employed musician and recording engineer. In 2018 and 2020, he ran as the Democratic candidate for Kentucky’s US 2nd District. It’s not yet official, but he plans to run again next year.

Linderman states on his website (hank4ky.com): “For far too long, rural America has been abandoned, by government and by business. This has left large parts of the country devastated—with not nearly enough good paying jobs, insufficient health care, obstacles to education and opportunity, and a general feeling of being left behind. This is why I helped create ‘The Contract For Rural & Working America’, a set of aspirational goals for government, including the adoption of Medicare For All and the Green New Deal....”

Hank Linderman concluded at the picnic, “There are lots of Democrats in Grayson County, but they’re largely unaware of one another. We’re working to build a sense of community among local Democrats. We plan to do this again next year—and it will be bigger and better next year.”

Best comedy movies of all time