You have permission to edit this article.
Edit
Home
News
Obituaries
Sports
Opinion
Classifieds
E-edition
Return to M-I
1 of 7 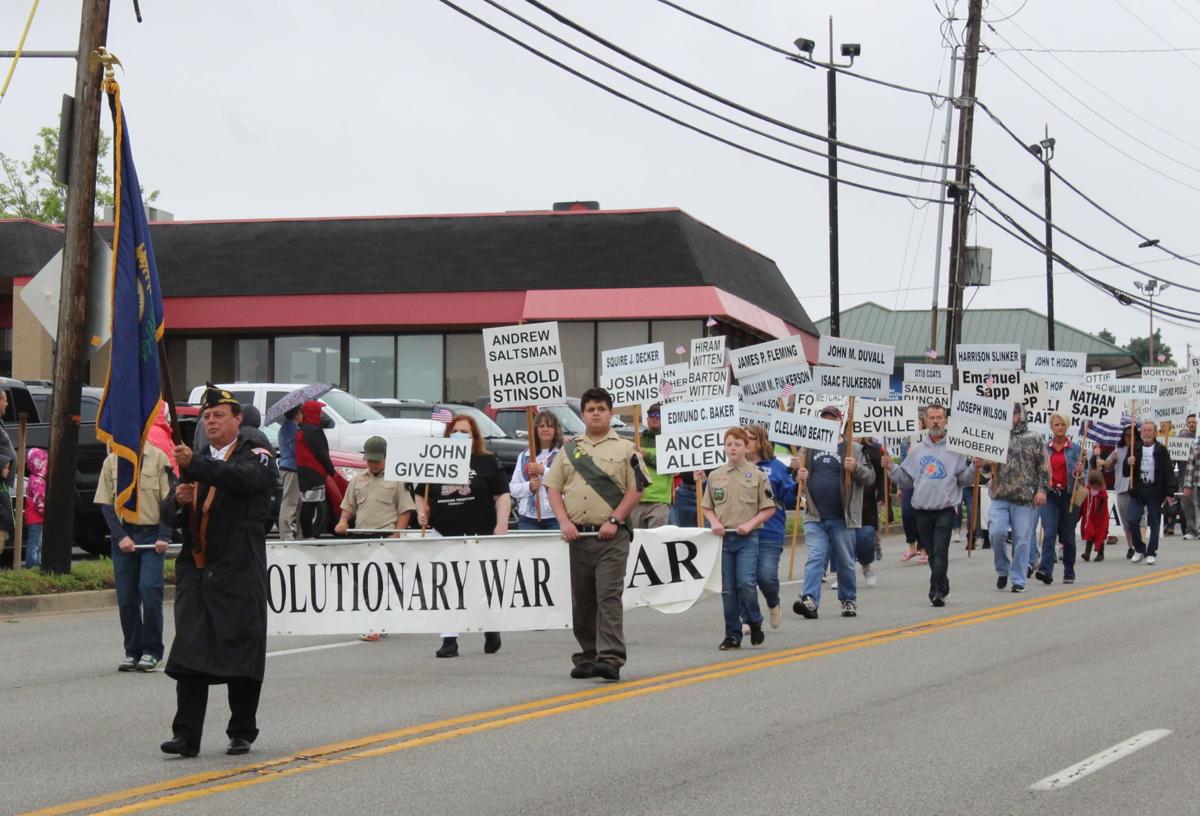 Grayson County’s Memorial Day celebrations began Saturday morning with the annual procession of community members carrying placards with the names of local individuals who fell in the line of duty. 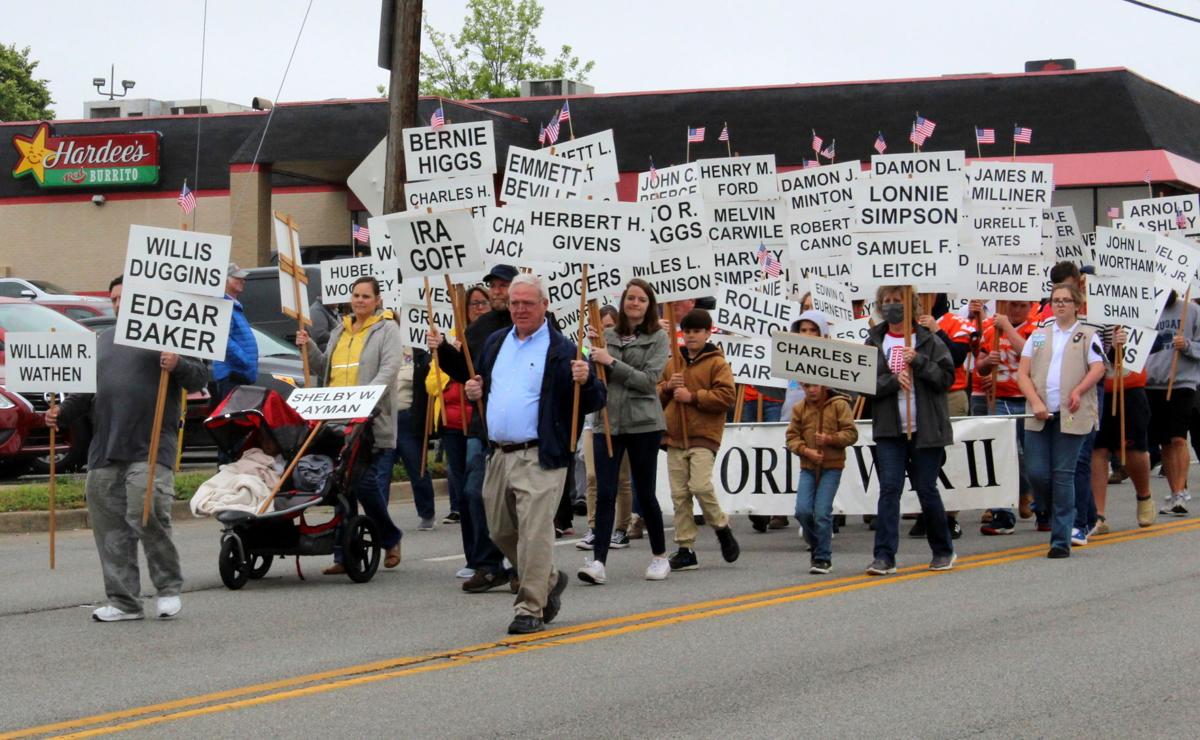 Grayson County veterans from every American conflict were represented with placards Saturday. 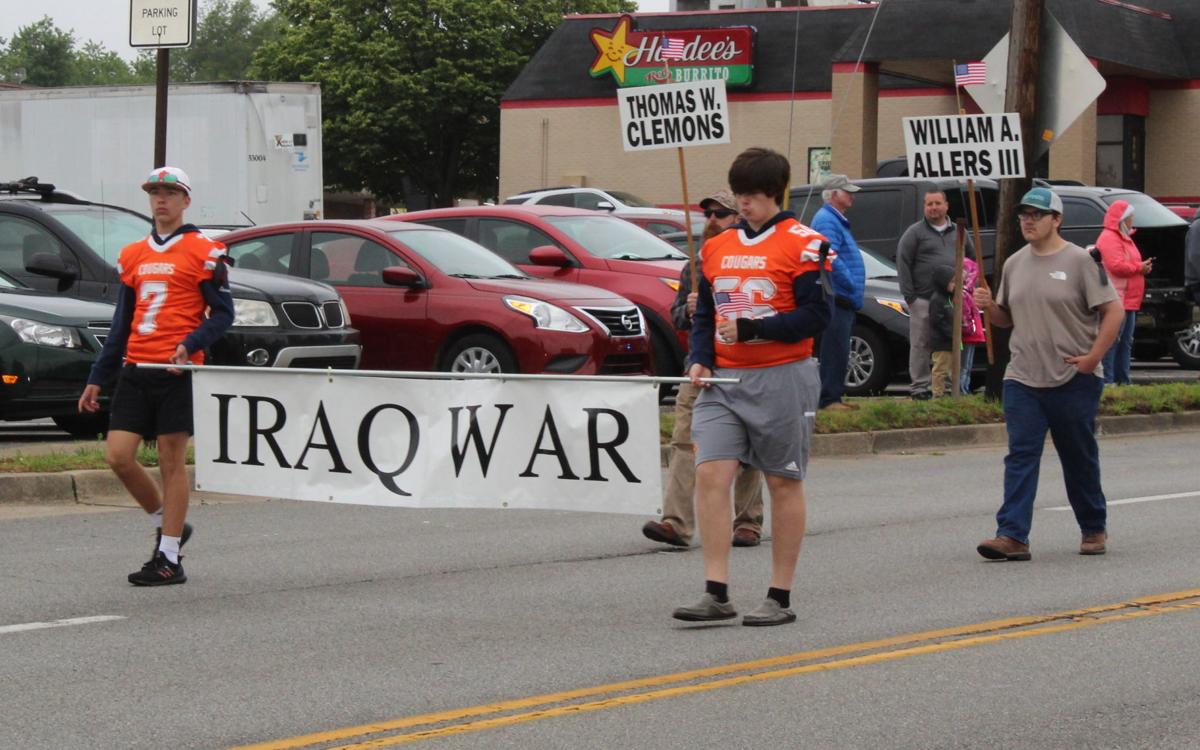 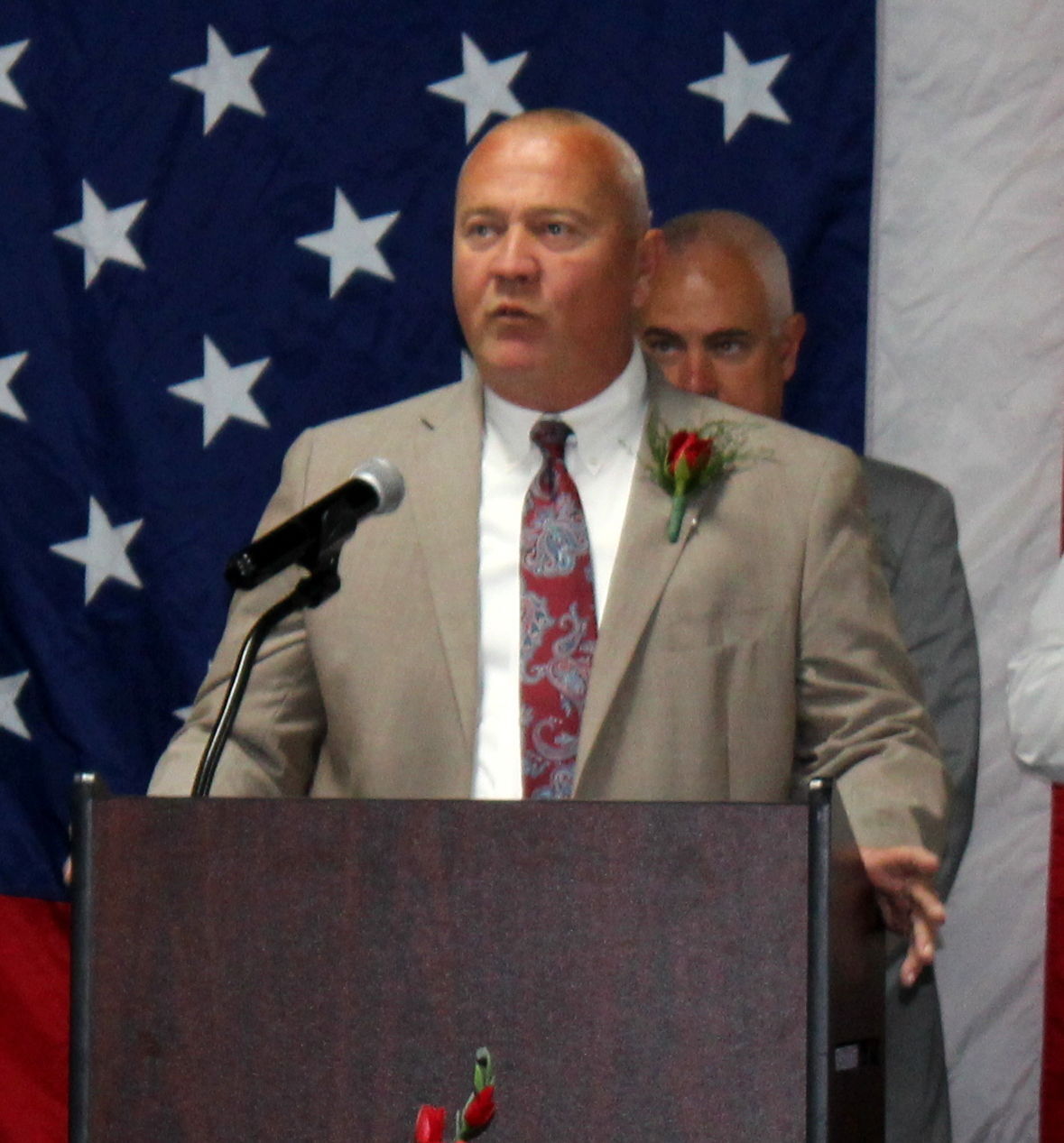 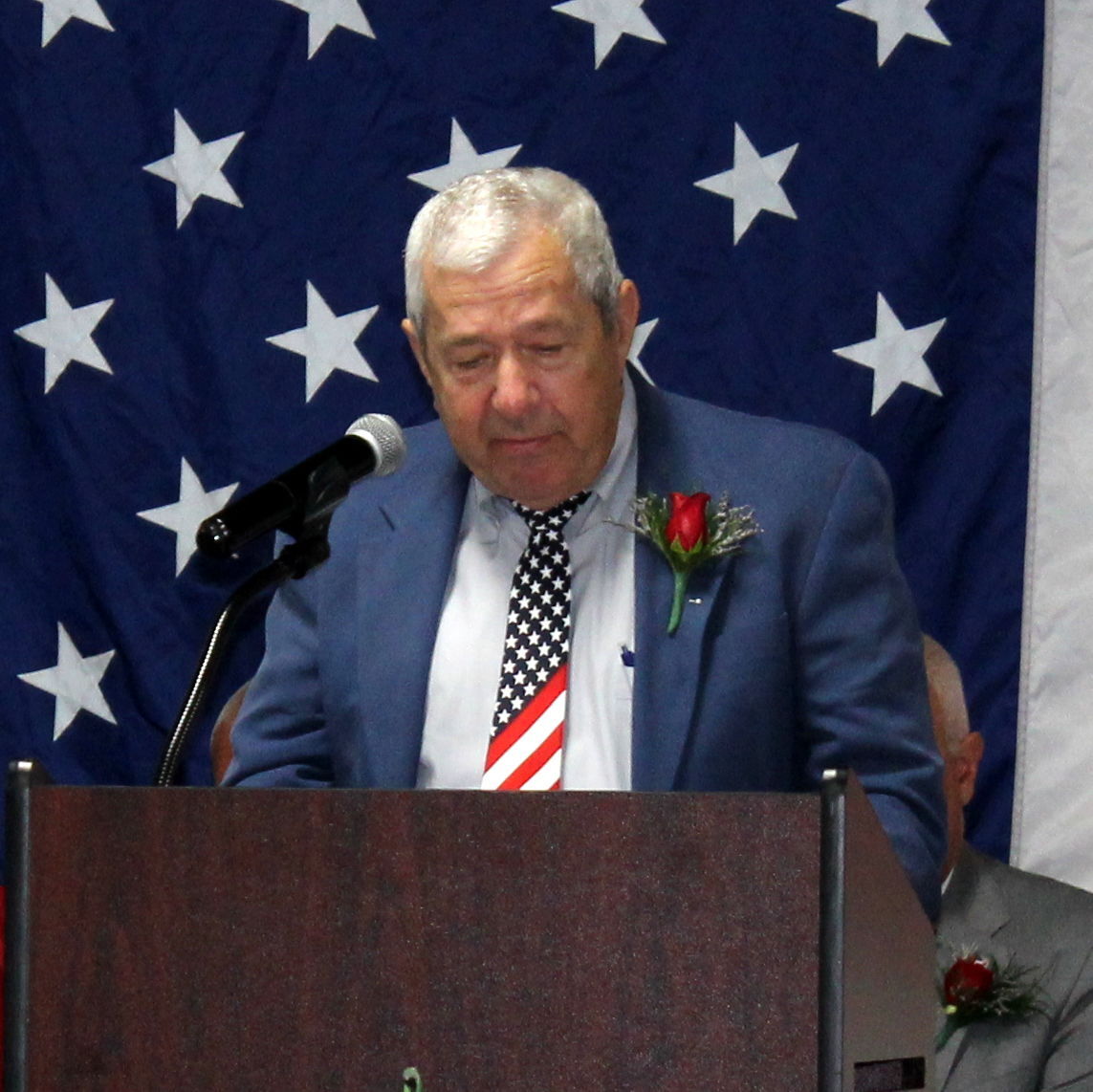 Leitchfield Mayor Rick Embry reads the names of Grayson County veterans who passed away over the past year. 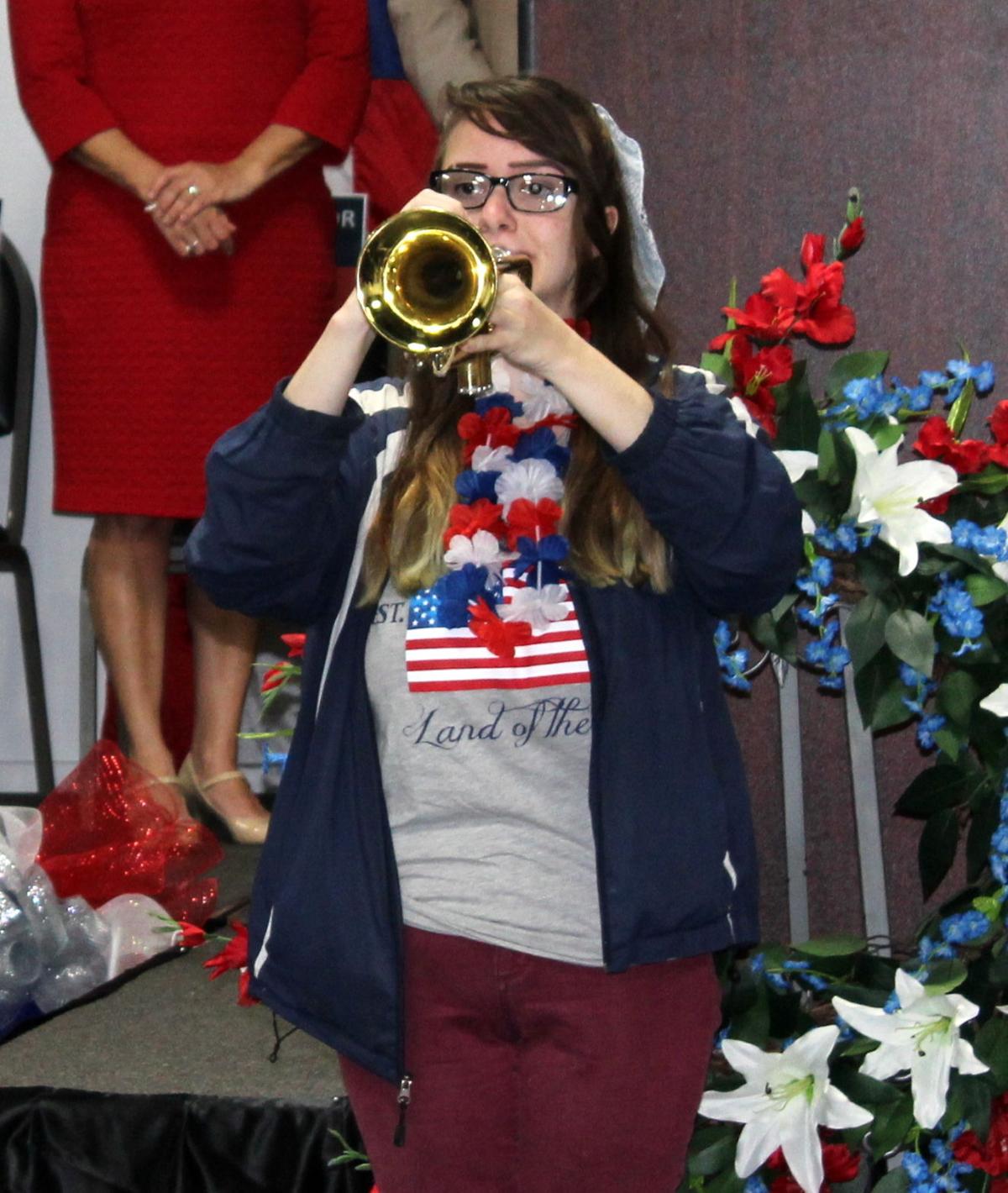 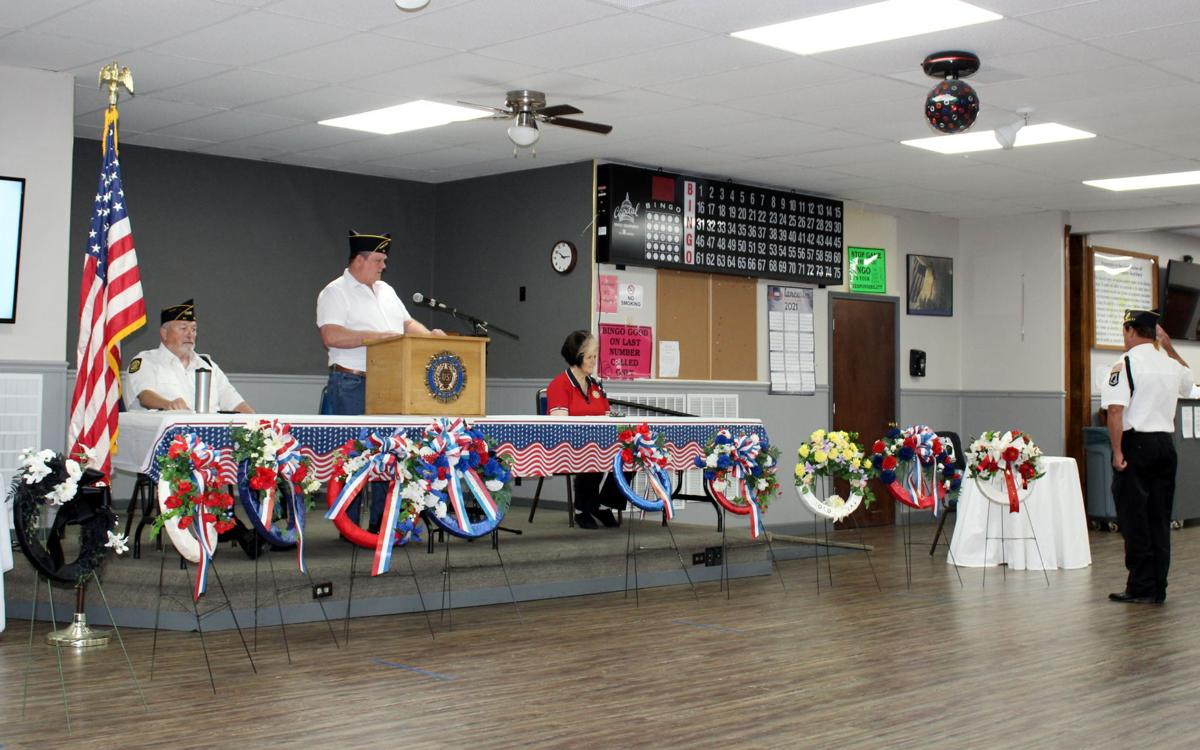 Grayson County’s Memorial Day celebrations began Saturday morning with the annual procession of community members carrying placards with the names of local individuals who fell in the line of duty.

Grayson County veterans from every American conflict were represented with placards Saturday.

Leitchfield Mayor Rick Embry reads the names of Grayson County veterans who passed away over the past year.

Grayson County honored the nation’s fallen heroes with its annual Memorial Day procession and ceremony this past Saturday.

Opening with the tolling of the bells and the procession of placards depicting the names of Grayson County armed forces killed in action, the Memorial Day program began at around 10 a.m. on Saturday morning.

After all placards had been delivered to the Centre on Main, Briley Thorpe performed the National Anthem, which was followed by an invocation by Rev. Philip Duncan and a second performance from Thorpe, this time of “God Bless the U.S.A.”

Grayson County Judge Executive Kevin Henderson then welcomed attendees to the event and expressed his gratitude for being able to host the program in person again after a year away due to the COVID-19 pandemic.

Leitchfield Mayor Rick Embry then read the roll call of Grayson County veterans who passed away between May 1, 2020 and April 30, 2021, and he was followed by the event’s guest speaker, Western Kentucky University President Dr. Timothy Caboni.

Caboni said that each of us in some way strives to make the world a better place, and those who have worn a uniform in the United States armed forces have given more than most to that cause.

Caboni went on to say that, as we honor the service and sacrifice of those who paid the ultimate price in the line of duty, we must also express our appreciation for their families and loved ones left behind.

“Our service men and women cling to the love they have for their country,” Caboni said, adding that this love is so great it thrusts them onto the battlefield and emboldens them to stand tall and fight for freedom.

The full Grayson County Memorial Day ceremony can be viewed on the City of Leitchfield — Government Facebook page.

In addition to the county’s Memorial Day ceremony, American Legion Post 81 hosted a service on Monday morning recognizing soldiers killed in action, as well as those missing in action and prisoners of war.

During the legion’s service, officers placed decorative wreaths before those in attendance signifying lives lost in each of America’s conflicts.

This was followed by Boy Scouts from Troop 136, who set the Fallen Comrade Table, also known as The Missing Man Table, a place of honor set in memory of fallen, missing in action, or prisoner of war military service members.

It was also announced this week that Honor Flight Bluegrass will fly a B26 WWII bomber around Kentucky on Sunday, June 20 to honor WWII veterans for the upcoming 80th anniversary of Pearl Harbor and is planning a stop in Leitchfield at the Leitchfield airport at around 2 p.m. that day.

For more information about the Honor Flight and/or to register to take part in the Leitchfield flight, call Carl Kaelin at 502-435-9574.

A Boy Scout troop booked a home on Airbnb. See what they found instead