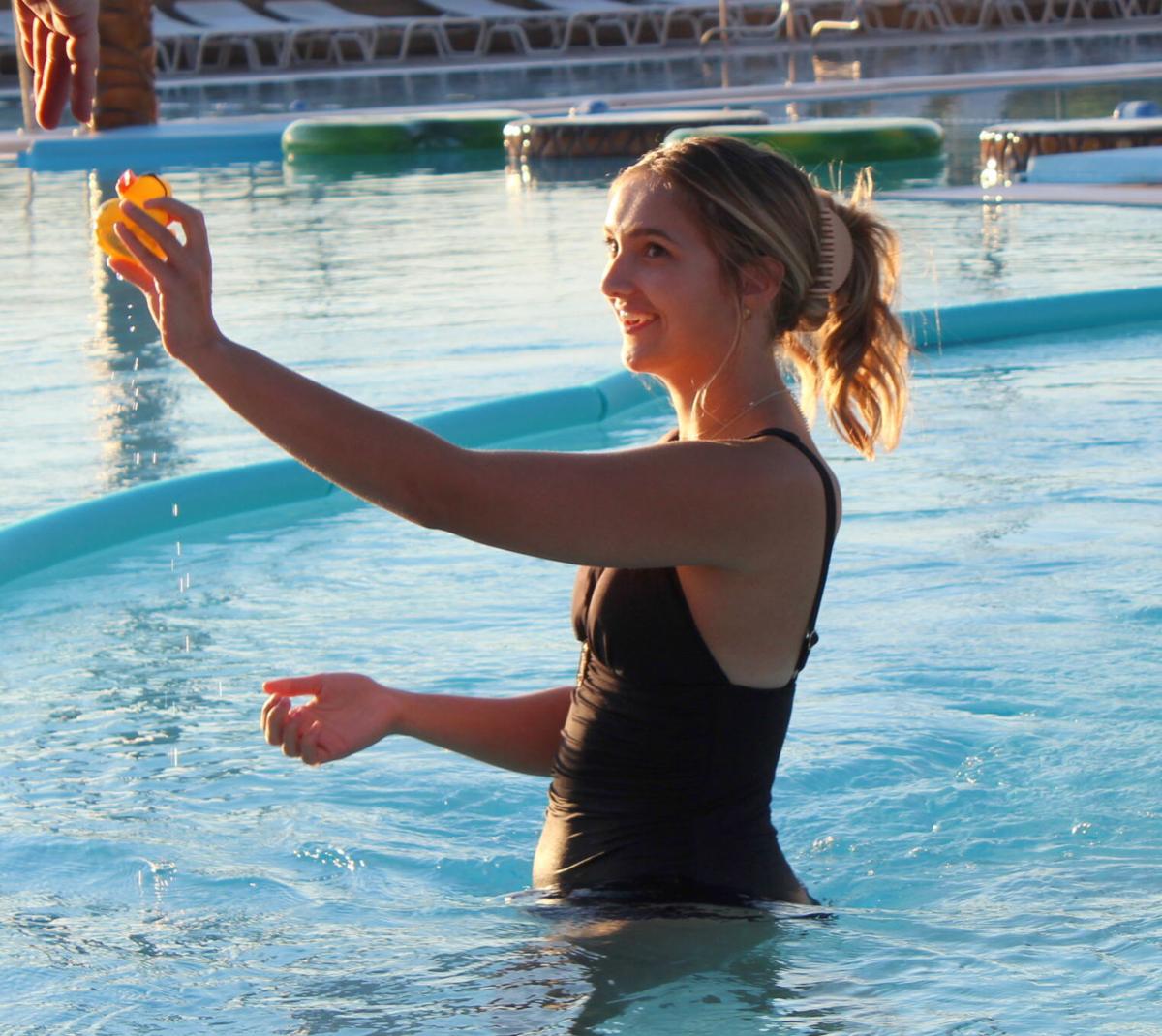 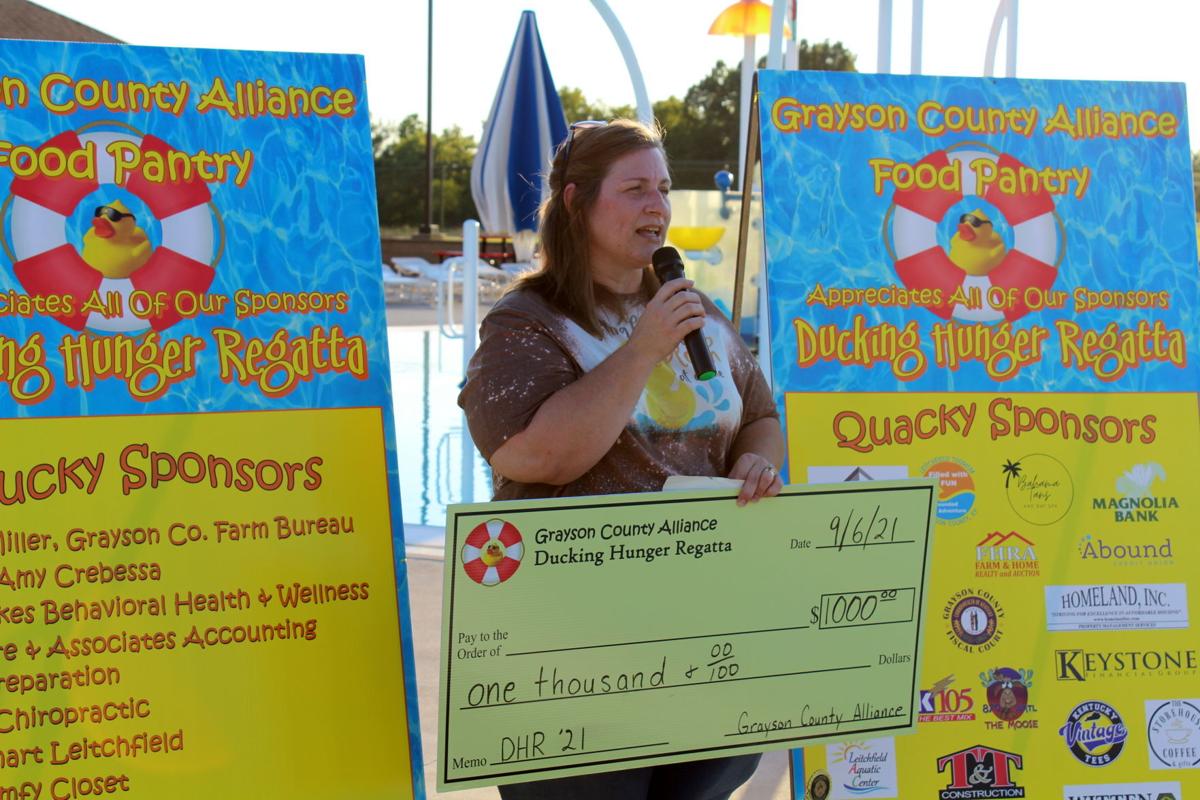 Grayson County Alliance (GCA) Executive Director Debbie Childress said these funds (comprised of 39 event sponsorships and the “adoption” of 853 ducks) equate to 22,000 meals the food pantry may provide to area residents in need.

“We couldn’t be more thrilled with the support of our community for our sixth annual Ducking Hunger Regatta,” Childress said. “The positive impact of our generous community will be felt every day at the food pantry. This is one of the signature events for the Alliance, and 100% of the proceeds support the food pantry as they feed the one in five hungry in Grayson County.”

Held each year on Labor Day, the Ducking Hunger Regatta sees all of the rubber ducks that were adopted for a $5 donation to GCA dumped into the Leitchfield Aquatic Center lazy river, where they race to determine which donor will receive the first place prize of $1,000.

In addition to the individual duck adoptions, event sponsors get the opportunity to take their beach ball ducks and decorate them for bragging rights and the traveling trophy for the year as part of the Ducking Hunger “Duckeration” contest. This year’s Duckeration contest was won by sponsor All Bagged Up.

“All the entries were very adorable, and voting is done through social media,” said Childress.

The GCA also wished to recognize Miss Metcalfe County Fair 2021 McKenna Woosley for serving as this year’s special guest at the finish line and drawing the winning ducks as they concluded the regatta.

“McKenna is a faithful volunteer at the Alliance food pantry,” Childress said. “She has a heart for food insecure families and uses her platform to advocate.”

Now in its 21st year, the GCA food pantry remains committed to feeding, teaching, and empowering its community, according to Childress.

For more information about the Grayson County Alliance, visit gc-alliance.com or call 270-259-4000.

Four Downs: The four most interesting Husker notes from Monday, including 'frank talk' on O-line