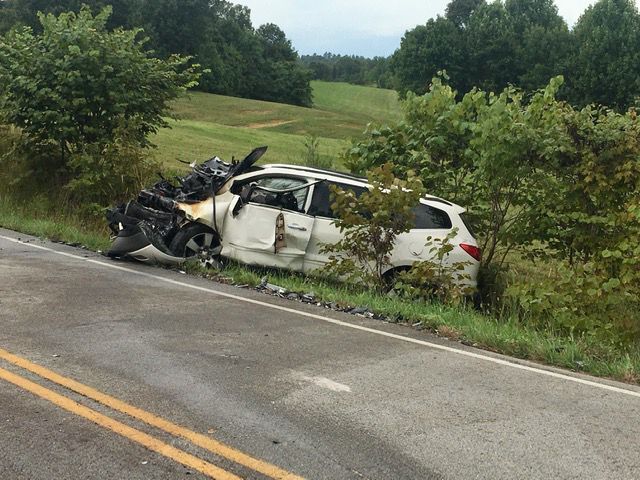 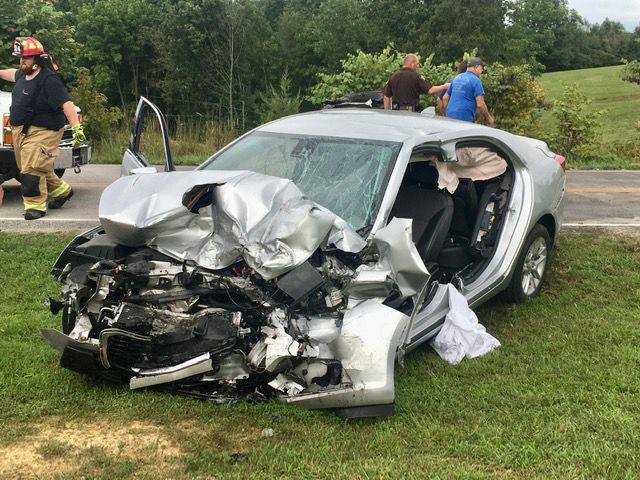 The driver of a Chevrolet Malibu had to be extricated by fire department personnel following a head-on crash Monday on Bowling Green Road.

The driver of a Chevrolet Malibu had to be extricated by fire department personnel following a head-on crash Monday on Bowling Green Road.

At around 3 p.m. Monday, first responders from the Grayson County Sheriff’s Office (GCSO), Grayson County EMS, and Leitchfield and Caneyville fire departments were called to the 5000 block of Bowling Green Road on a reported head-on collision.

According to investigating GCSO Deputy Clay Boone, leading up to the accident, a Chevrolet Traverse, driven by Shahalie Huff, of Millwood, had crossed the yellow line on Bowling Green Road into the path of a Chevrolet Malibu, driven by Mary Miller, of Caneyville.

The vehicles collided head-on, and Miller had to be extricated from the Malibu by fire department personnel.

Initially, Boone said, Miller was to be airlifted by emergency helicopter to receive medical attention for her injuries, but the weather prevented doing so.

Both Miller and Huff were instead transported to The Medical Center at Bowling Green by EMS for treatment.

Boone said the road was closed for about 45 minutes due to the crash.