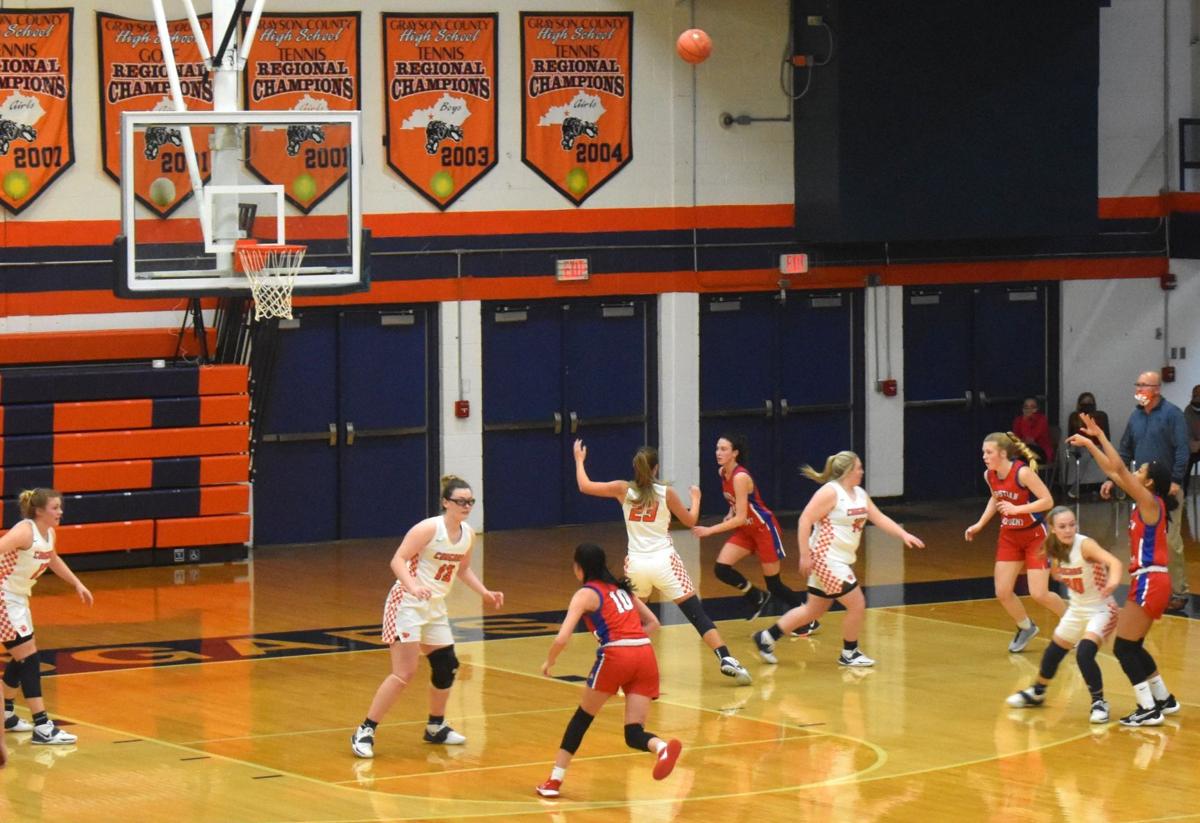 The Grayson County Lady Cougars go on the defensive Monday, as a player from the visiting Lady Centurions attempts a three-pointer. 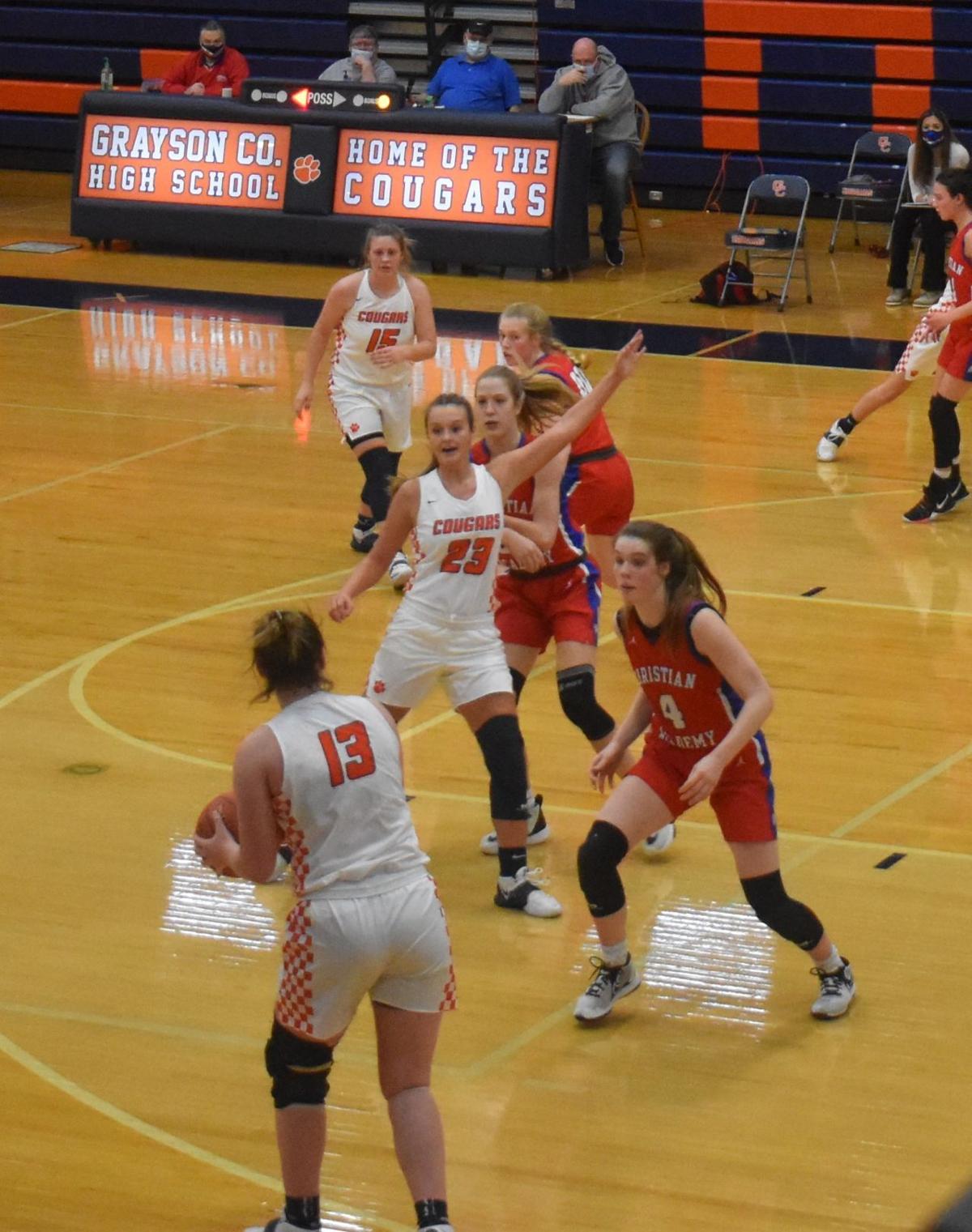 Raigan Cave (#23) looks to receive the ball from Ella Robinson (#13) on Monday night.

The Grayson County Lady Cougars go on the defensive Monday, as a player from the visiting Lady Centurions attempts a three-pointer.

Raigan Cave (#23) looks to receive the ball from Ella Robinson (#13) on Monday night.

The Grayson County Lady Cougars hosted the Christian Academy of Louisville Monday for a varsity only game to open the season. Unable to break away and answer the Lady Centurions’ runs, the Lady Cougars lost 42-60.

The Lady Centurions maintained the lead until the game-ending buzzer. The Lady Cougars never managed to pull closer than four points.

It was senior Rachael Snyder who led the Lady Cougars with 23 points and 15 rebounds for a double-double, followed by senior Ella Robinson with five points. The Lady Centurions were led by senior Sydney Raque with 22 points, followed by junior Jaya McClure with 19 points.

The first quarter ended in two successful free throws from Snyder, trailing 14-6 into the second quarter. Snyder would attempt a game total 17 free throws, making eight of them.

The second quarter ended with a quick three from Raque, sending the Lady Cougars to the locker room trailing by 13. The end of the third quarter saw a layup from McClure, followed by one successful free throw from sophomore Annie Kiper to bring the score to 45-35.