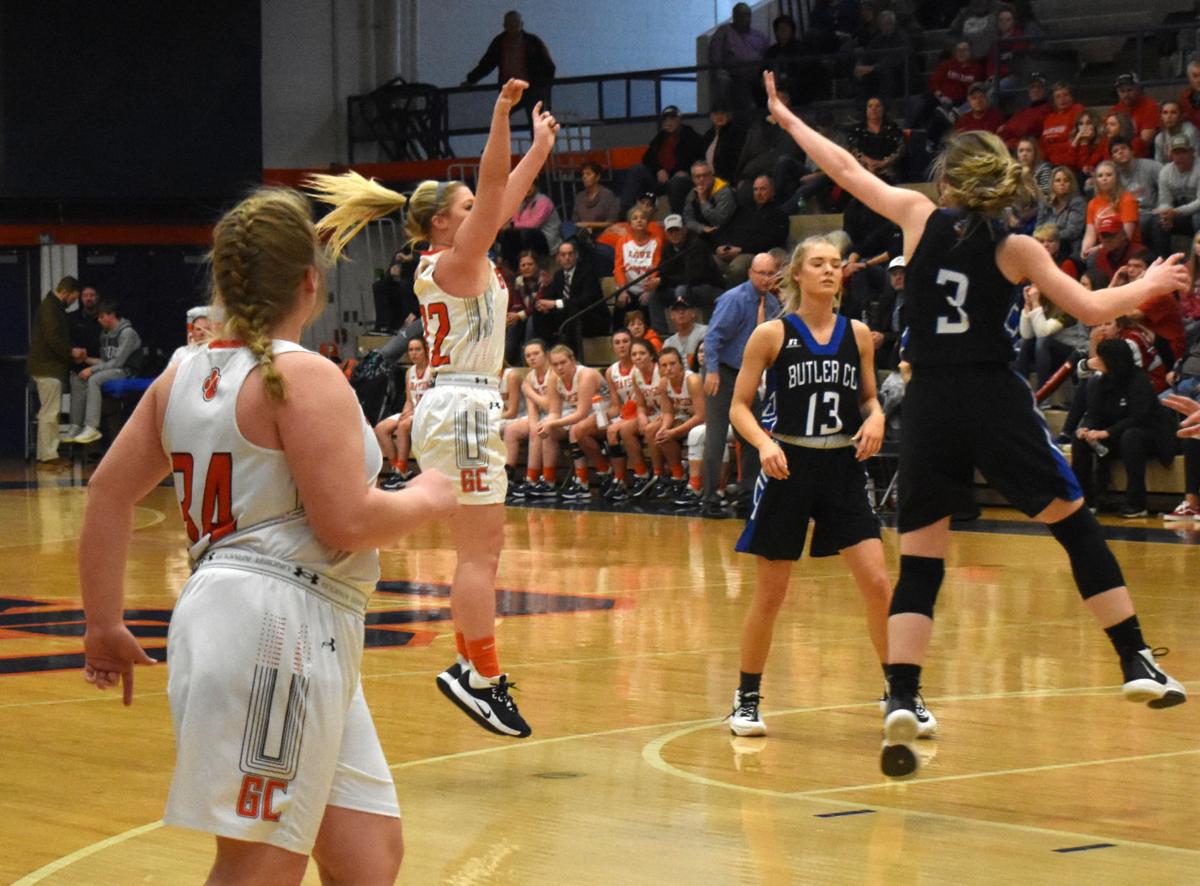 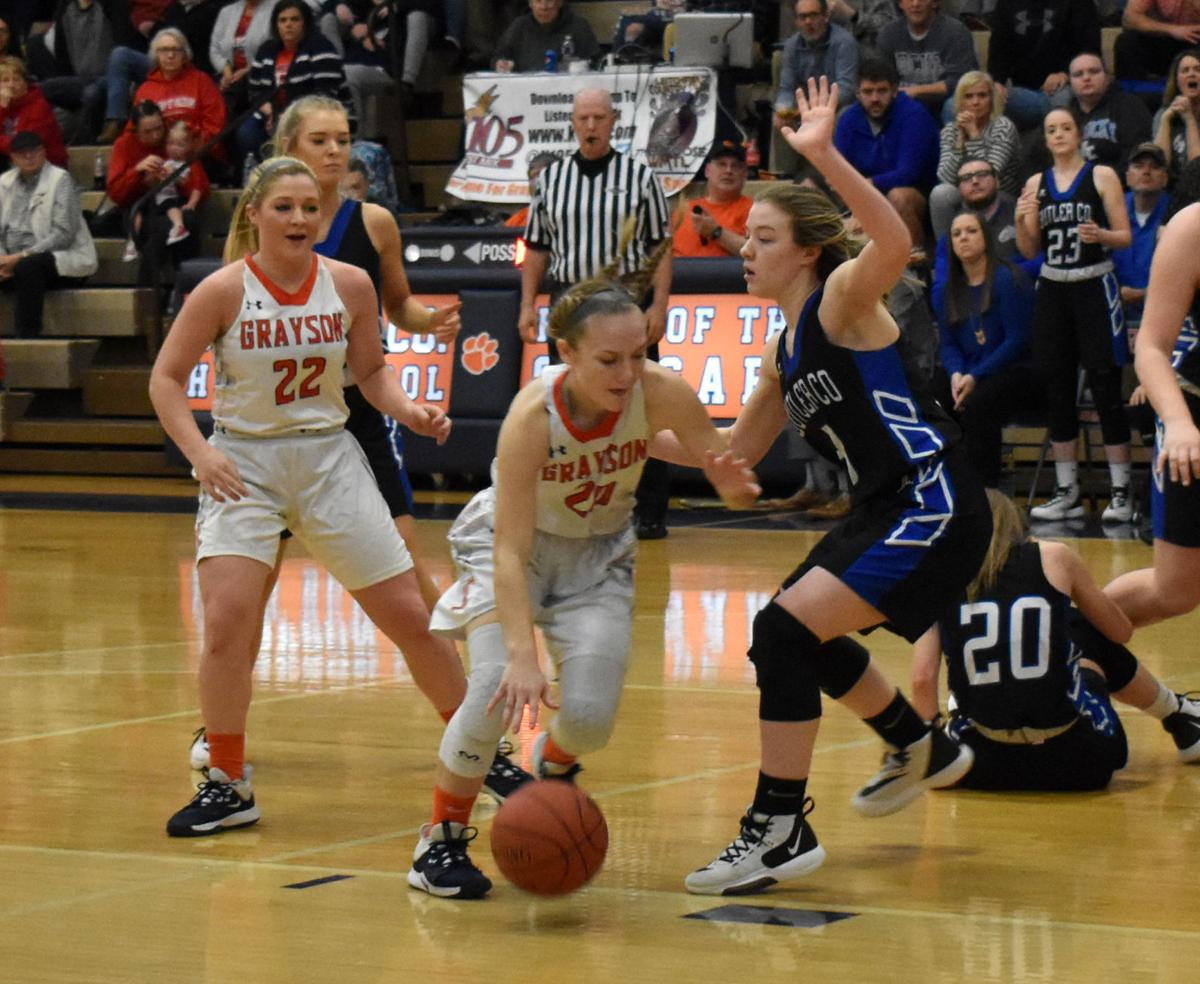 The Grayson County Lady Cougars hosted the Butler County Lady Bears on Monday night for the opening round of the 12th District Tournament.

The Lady Cougars managed a 16-point win over the Lady Bears to secure themselves a spot in the championship game.

The first Lady Cougar points were put up by senior Bailey Snyder from the three-point line. From there, a close game with several lead changes commenced until the Lady Cougars were able to break free with a run in the second quarter.

The Lady Bears were sent to the locker room trailing behind by 10 at the half.

The Lady Cougars maintained the lead, ending the third quarter with 45-36. This was followed by a fourth quarter that saw the Lady Cougars up by 17 points.