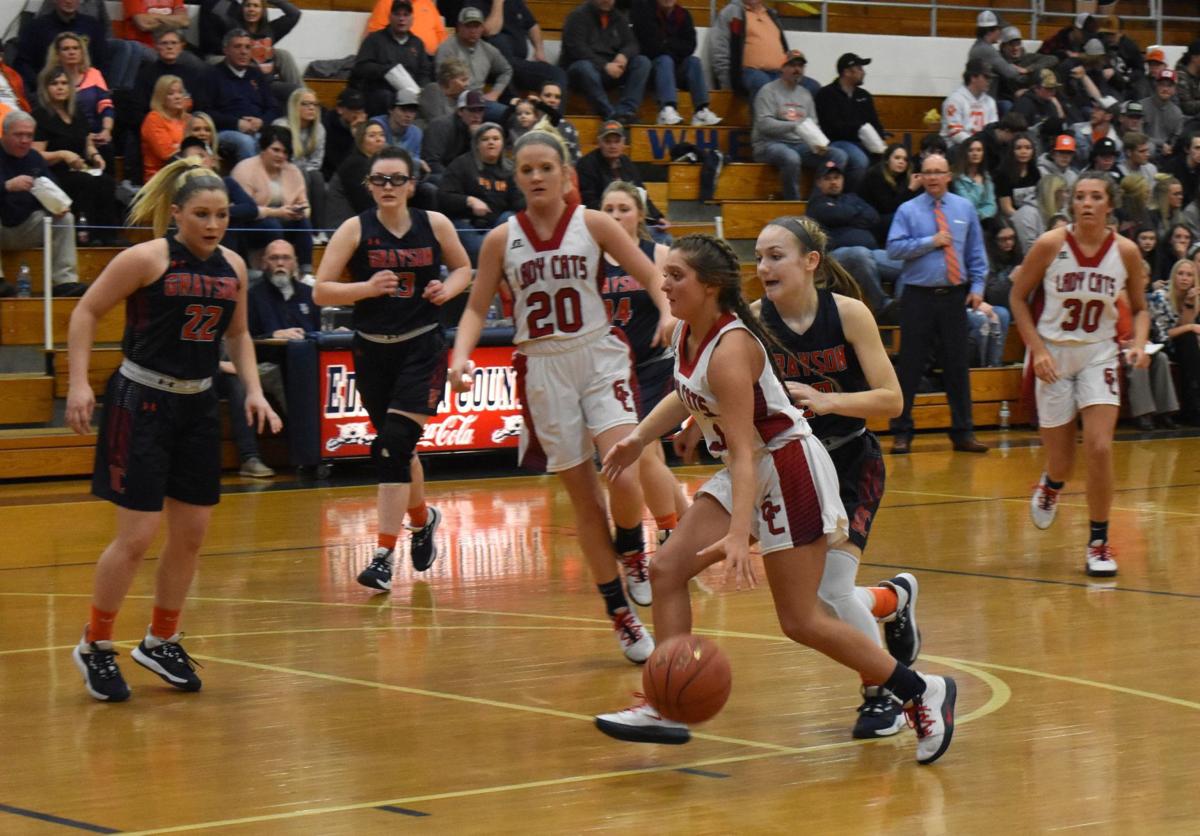 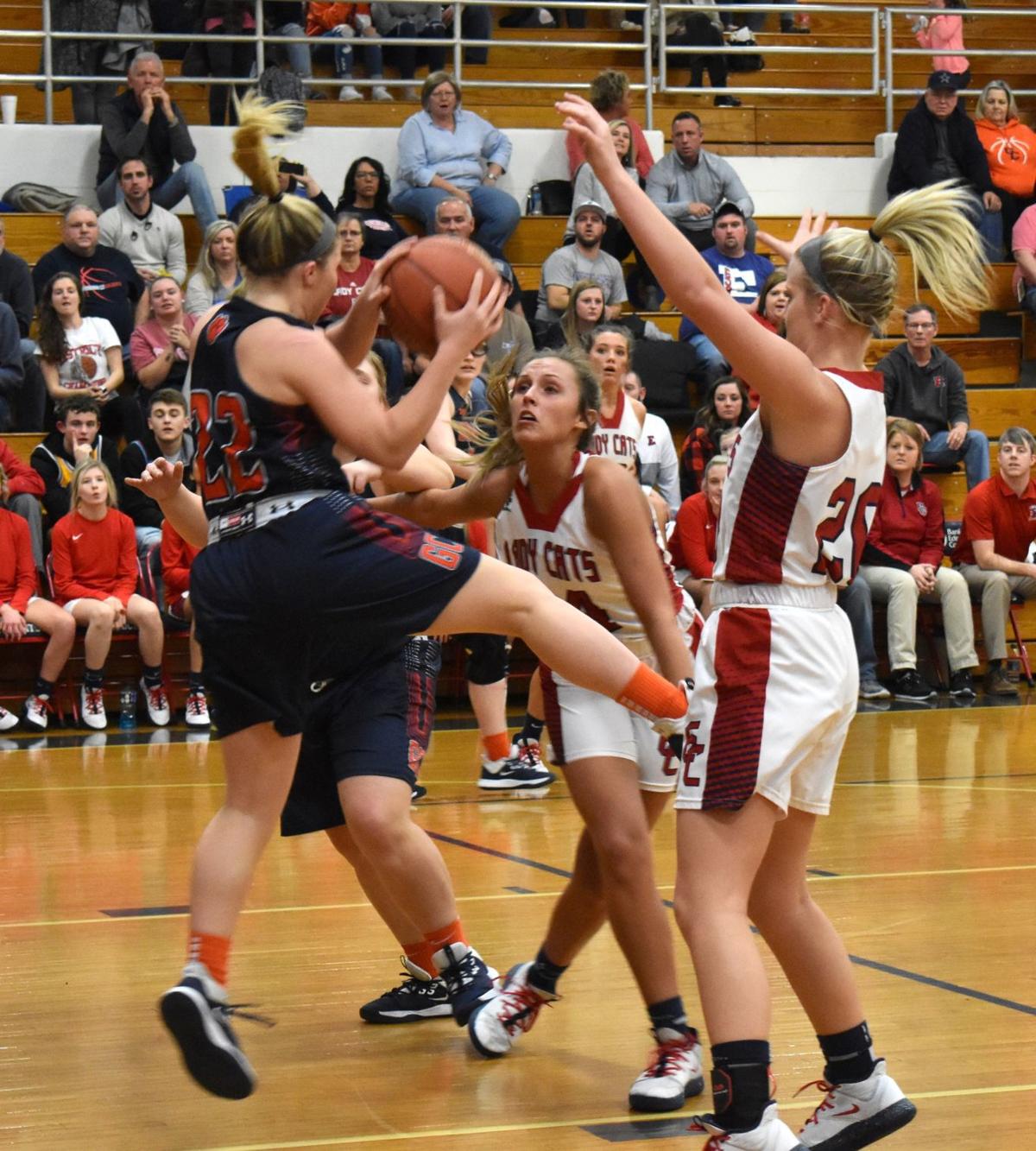 Kenzie Renfrow gets the rebound.

Kenzie Renfrow gets the rebound.

The Grayson County Lady Cougars traveled to Edmonson County Thursday night to face off against the Lady Wildcats in the final game of the 12th District.

As usual the two rival teams drew a crowd. It may have been the stadium noise that proved to be a difficult obstacle for the Lady Cougars as they were handed a 31-point loss.

Off to a slow start, the Lady Cougars only scored four points in the first quarter. The second quarter saw a slight improvement. But the Lady Wildcats continued to pull away, sending the Lady Cougars to the locker room trailing by 20 at the half.

The Lady Wildcats opened the third quarter with back to back possessions and a three. Senior Kenzie Renfrow followed it up with two points, but the Lady Wildcats answered with another two, proving impossible for the Lady Cougars to catch up. The third ended at 49-20.

The Grayson County Lady Cougars fall 19-10 on the season. The loss ties Grayson and Edmonson for the number one seed in the 12th District.