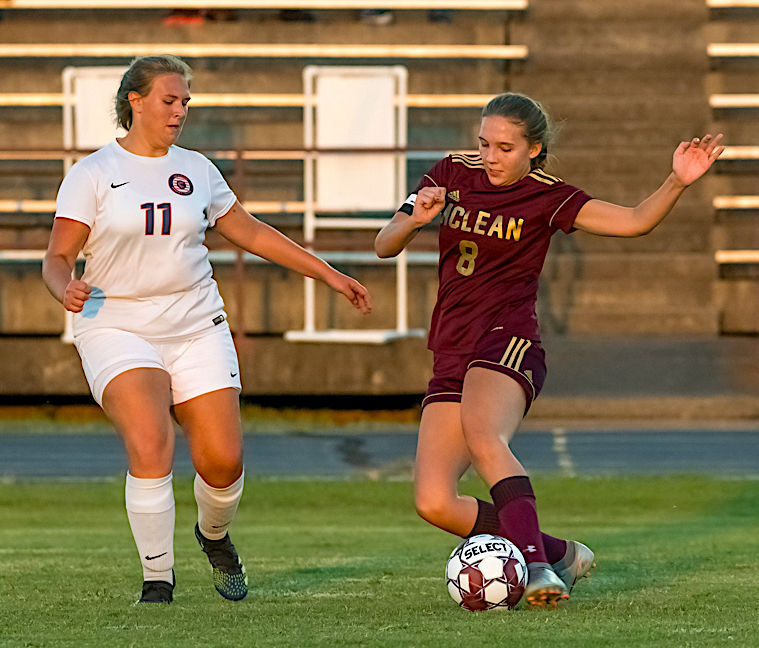 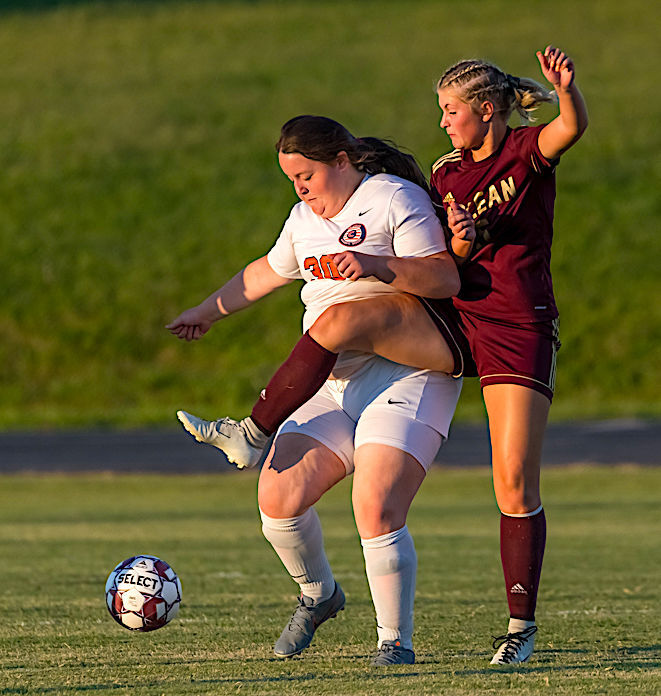 The Lady Cougars traveled to Butler County on Sept. 7 and enjoyed a 6-1 victory over the Lady Bears. McLean County hosted the Grayson County Lady Cougars on Sept. 9 and won 2-1.

The team participated in the 3rd Region All “A” tournament at Owensboro Catholic on Sept. 11 where the Lady Cougars fell to the Lady Aces 10-0.

McLean County brought back a win from Bear Country for their first game last week. Abigail Humphrey led the way for the Lady Cougars with three goals and two assists. Brilee Owens and Madelyn McKittrick each had a goal and an assist. Katie Knight had the final goal of the game. Goalie Kyndal Daugherty had four saves.

McLean County had games at Paulsen Stadium last Thursday. The varsity team beat Grayson County for the first time since 2012 with a 2-1 win. Jalee Pinkston scored both goals for the hometown Lady Cougars. Madelynn McKittrick and Abigail Humphrey had the assists. Kyndal Daugherty had four saves in goal.

The Lady Cougars traveled to Owensboro Catholic to play in the first round of the All “A” tournament last Saturday. While the game ended in a 10-0 defeat for McLean County, the scoreboard did not tell the whole story.

The Lady Cougars were only down 3-0 at the half and they held on until there was only five minutes left in the game before giving up the 10th goal, ending the game with the mercy rule. Kyndal Daugherty had 22 saves in goal.

The junior varsity teams also played on Saturday with McLean County having a very good showing. Isabell Chancy and Cariann Campbell had some shots on goal while Rachel Schutte made several very good saves in goal. Owensboro Catholic won the game 9-0.

“I’m proud of the two wins, but I’m even more proud of the way they played against Owensboro Catholic,” said head coach Ricky Humphrey. “In the past, we would be beaten before we ever got on the bus. This year, this group of girls doesn’t care who we play or what the score is at the time. They are going to play hard until the final whistle and that is the mentality that I have been trying to instill in the program.”

The Lady Cougars will host Muhlenberg County tonight, Sept. 16 at 5 p.m. McLean County will have another home game on Saturday against Breckinridge County at 12:30 p.m.