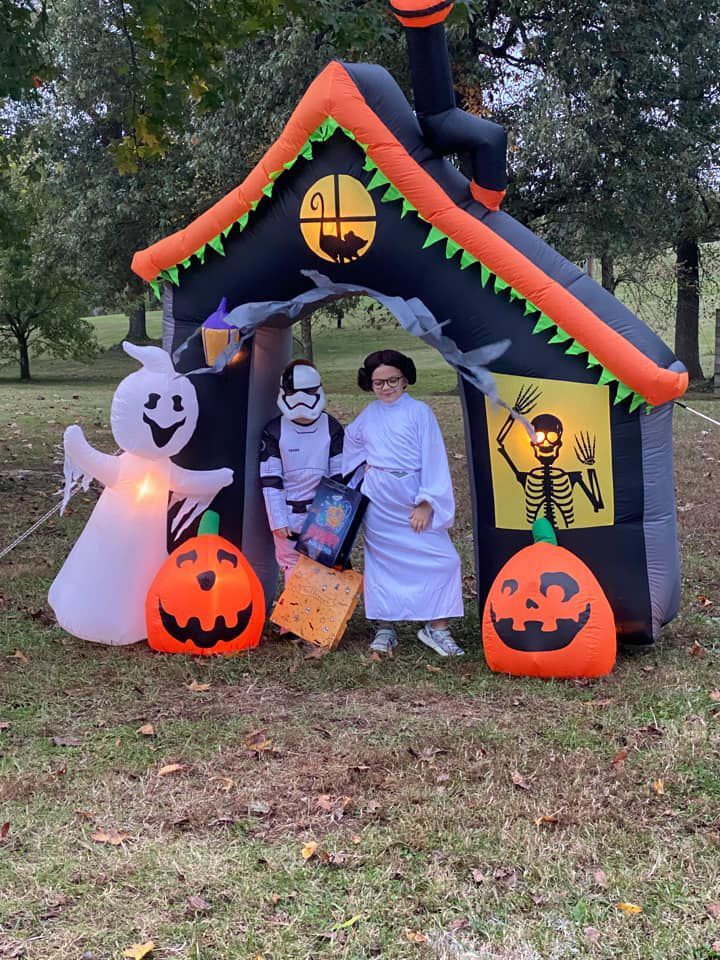 John Mark Toor (left), 6, and Elizabeth Toor, 8, both of Calhoun, dressed up as a stormtrooper and Princess Leia from “Star Wars” on Oct. 30 at The Great Pumpkin Walk at Myer Creek Park. 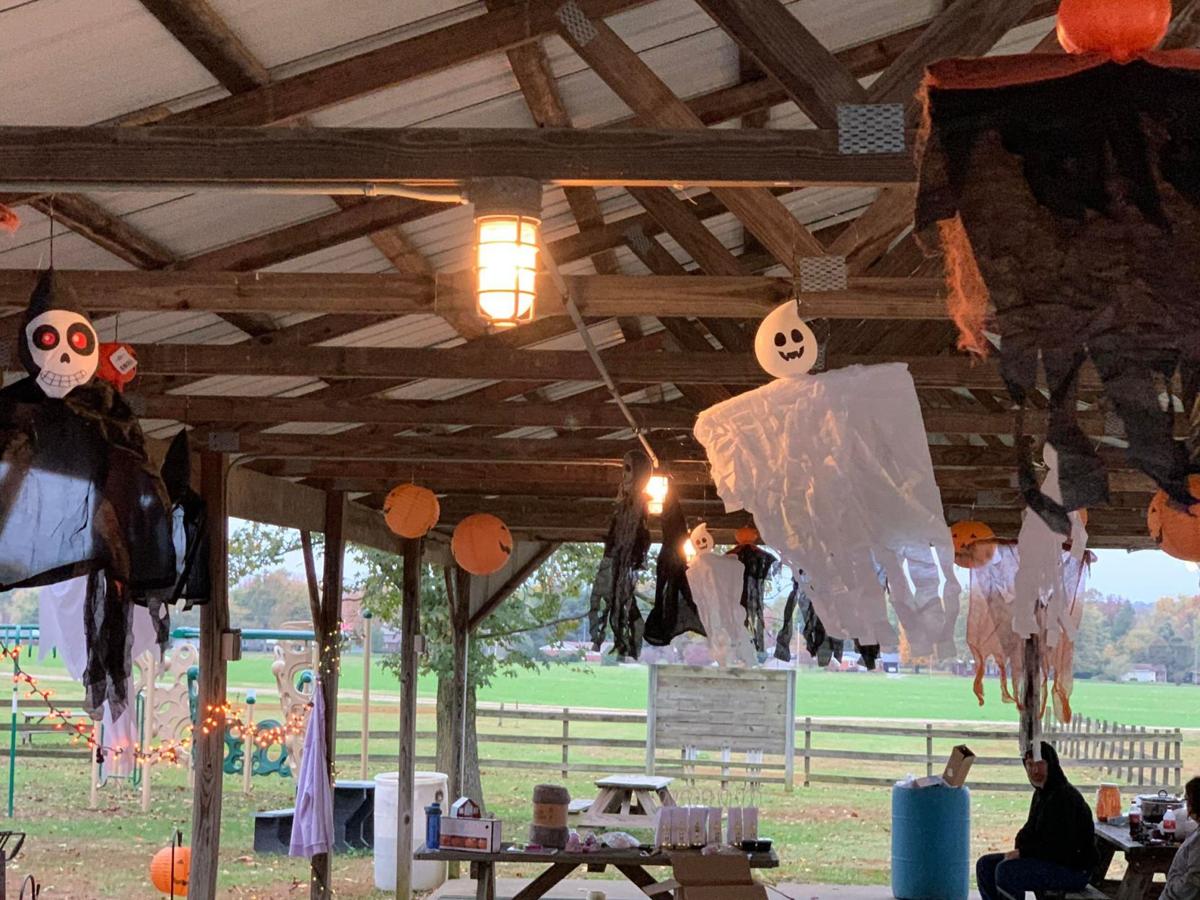 John Mark Toor (left), 6, and Elizabeth Toor, 8, both of Calhoun, dressed up as a stormtrooper and Princess Leia from “Star Wars” on Oct. 30 at The Great Pumpkin Walk at Myer Creek Park.

The Great Pumpkin Walk, which debuted at Myer Creek Park on Saturday night, went off without a hitch.

“It went really well,” said Jessica Blus, who works in customer service and graphic design at NIMCO, Inc. in Calhoun and was one of the co-creators and coordinators of the event. “(People) were smiling, laughing, and kids were having a blast. ...I haven’t seen so many happy kids in forever.”

The event took shape starting at 5 p.m. Saturday, with volunteers handing out candy to attendees.

Blus estimates that between 300 to 400 people were in attendance, despite some minor setbacks.

“This year, they threw the curveball at us and switched Halloween to the same day as the event, so a lot of volunteers had to work at their houses or take their kids trick-or-treating. So, we had really low volunteers this year,” Blus said. “But it turned out great. ...We had people from Ohio County, some from Owensboro come — we had people come from around (us) to see it. It reached out.”

“(There) were quite a few,” said Jennifer Warner, NIMCO shipping clerk and co-creator and coordinator. “And some of the people that came out to hand out candy ran out of candy.”

Some of the big hits at the event were the seven Halloween inflatables, donated by resident Renee Howell, that kids could walk through and look at, a costume contest and kids being able to trick-or-treat in the park.

There was also a drive-in viewing of Disney’s 1993 film “Hocus Pocus” on a large outdoor projection screen, which allowed people to watch the movie on the lawn or from their cars and listen in through the radio.

“Trick-or-treating (is) usually over at nighttime in Calhoun; when it’s dark, it’s over,” Blus said. “This was able to extend the fun later on into the night.”

Blus and Warner, along with a handful of volunteers, got to park at 11 a.m. Saturday to get the event ready for the community. However, Blus and Warner’s initial plan of using the trails at the park needed to be adjusted last minute.

“We didn’t get to use the trail, but we did get to use a paved path …,” Blus said. “It was so muddy and had way too much rain. But people really enjoyed that — it was still dark, you could still see the jack-o’-lanterns lit up, and we had trick-or-treating along the path. So, it still turned out well.

“It was a lot of prep work, but I think if it hadn’t had rain, it wouldn’t have been as bad or as cold.”

The event was also accepting monetary donations for improving the Myer Creek Park trails system and items for the McLean County Animal Shelter.

“(The park) is trying to get a map, and they’re going to name the trails,” Warner said. “They’re wanting to put some benches along the trails in case somebody wants to sit down while they’re out walking around and just to take in the nature and the wildlife.”

Blus and Warner said that the community seemed eager to be out and about.

“They were glad to be outside,” Blus said. “You didn’t have to wear your mask, and you didn’t have to worry. It was kind of like pre-pandemic — you were able to forget about it for a little bit and have fun. I don’t think I heard COVID mentioned once. You usually hear that everywhere you go now. I don’t think I heard anybody say anything about it.”

“Everybody that I talked to was like, ‘Man, I’m glad you all had this. You need to do this every year,’ ” Warner said.

The success and turnout for this year already has Blus and Warner looking forward to setting the stage for next year, such as making the event the weekend before Halloween so it doesn’t clash with other community activities.

“Next year, we will have a longer time to plan so it won’t be so hectic and rushed,” Blus said. “It will be more structured.”

Blus said that other plans for next year include making it a little more in tune with the Halloween theme.

“We kind of want to do a haunted trail,” Blus said. “But, for the first couple of hours — it can be a no scare trail where they can go through …. I think we would have had a bigger turnout if there was a scare (element).”

Blus and Warner promise that it will still be family-friendly in the earlier hours of the event before focusing on the more spooky aspects as it gets darker.

“Next year, we will be bigger and better,” Blus said.