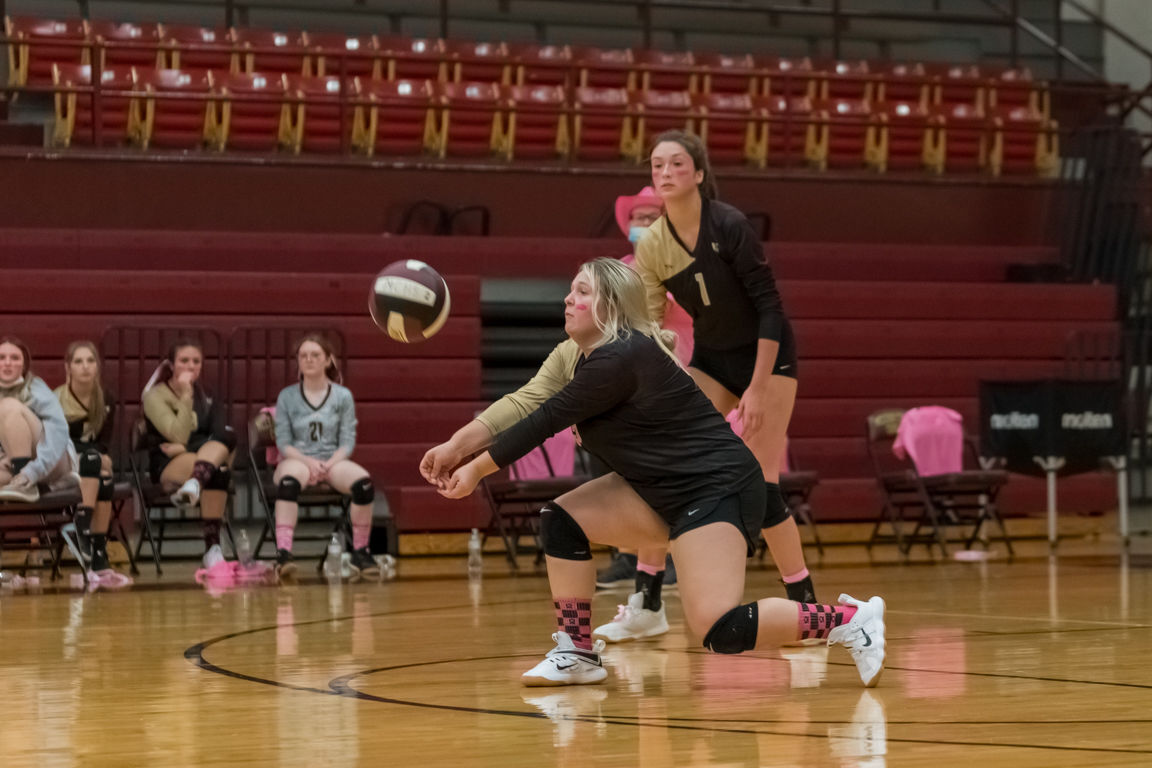 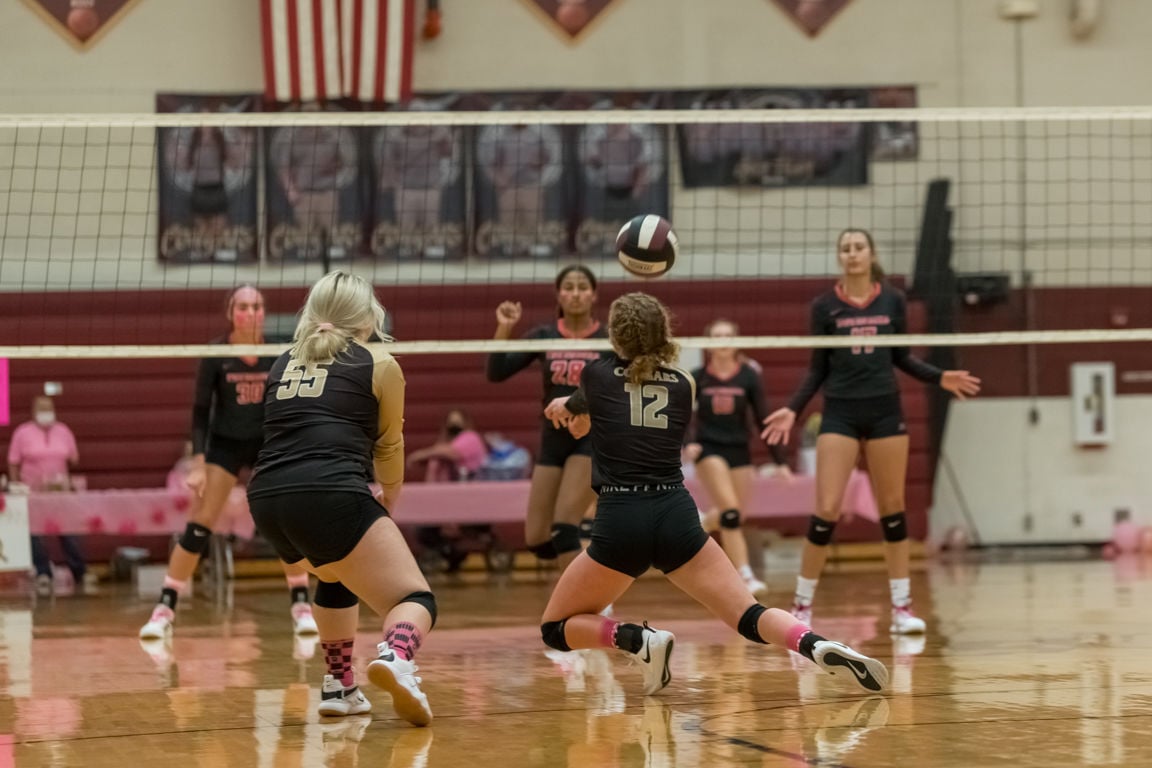 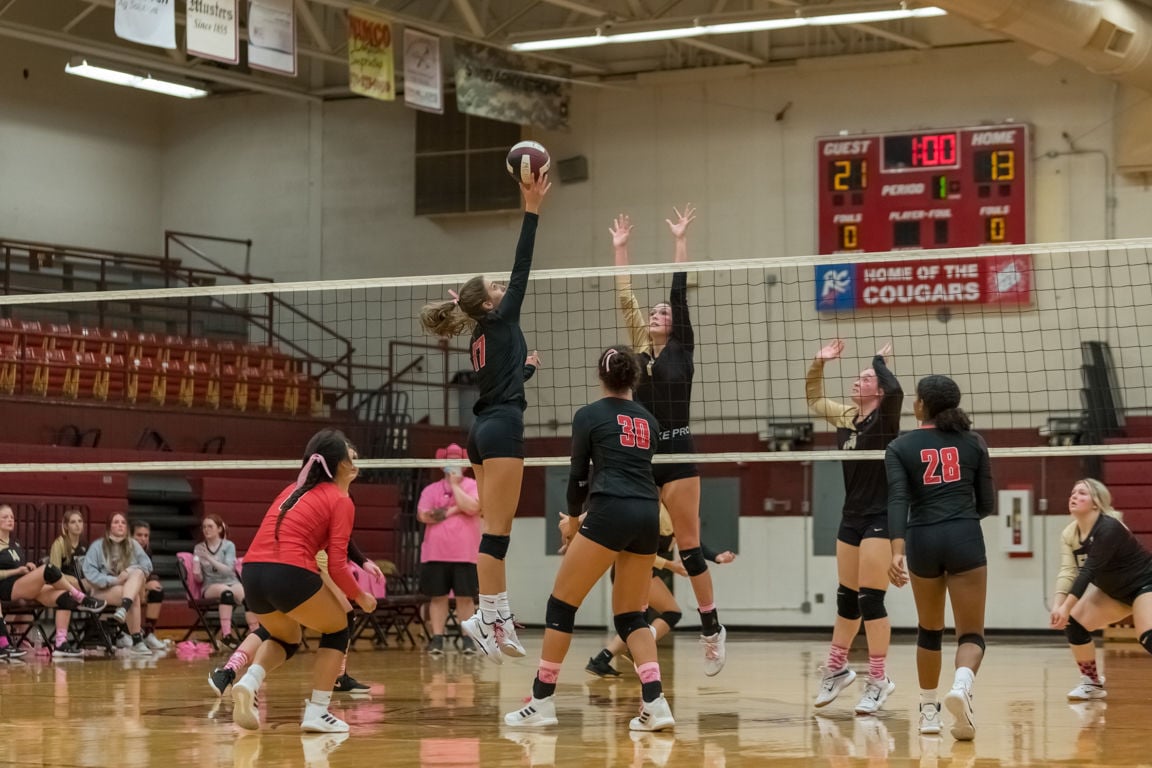 McLean County’s Claire Hudson goes up for a block during the Lady Cougars’ match against Owensboro on Oct. 5 at McLean County High School.

McLean County’s Claire Hudson goes up for a block during the Lady Cougars’ match against Owensboro on Oct. 5 at McLean County High School.

The Lady Cougars started last week on the road at Madisonville-North Hopkins. McLean County lost 25-10, 25-9 and 25-11. Claire Hudson had four kills, five blocks and 17 digs. Addison Horn had 21 digs and a kill. Riley Hudson had seven digs and five assists.

McLean County had a matchup against the Lady Eagles at home last Thursday. The Lady Cougars struggled in the first set and fell 25-3, but came back for a closer second set, 25-20. The final set was 25-9 in favor of Ohio County.

The Lady Cougars ended the week on the road last Saturday with a tri-match at Hancock County. McLean County started the day with a match against Graves County, falling 25-15 and 25-12 in the first two sets. The Lady Cougars fought hard in the final set before coming up short, 25-21.

McLean County immediately faced off against Hancock County with a fierce battle that went 27-25 before the Lady Hornets claimed victory. The second set was also close, with Hancock County edging out front, 25-23. The final set of the day for the Lady Cougars ended 25-12.

The Lady Cougars are in to the home stretch of the season, with a couple of busy weeks leading up to the district tournament.

“We have everyone back healthy, and those final three matches last week were getting our team back to speed in a lineup with everyone back in the fold,” head coach Zach Hardison said.

McLean County has a very full week, with eight matches.

“We will use this week to build chemistry back in our full lineup and hopefully be at full strength and ready to make a run at extending our season,” Hardison said.

The Lady Cougars will host Christian County tonight, Oct. 14. The first serve is at 7 p.m. McLean County will participate in the Toyota of Hopkinsville Western Kentucky Smackdown on Friday and Saturday.

The 10th District Tournament will be held at McLean County on Oct. 18-19. The Lady Cougars will face Muhlenberg County at 6 p.m. Monday. The winner will advance to the championship game against Ohio County at 6 p.m. Tuesday.