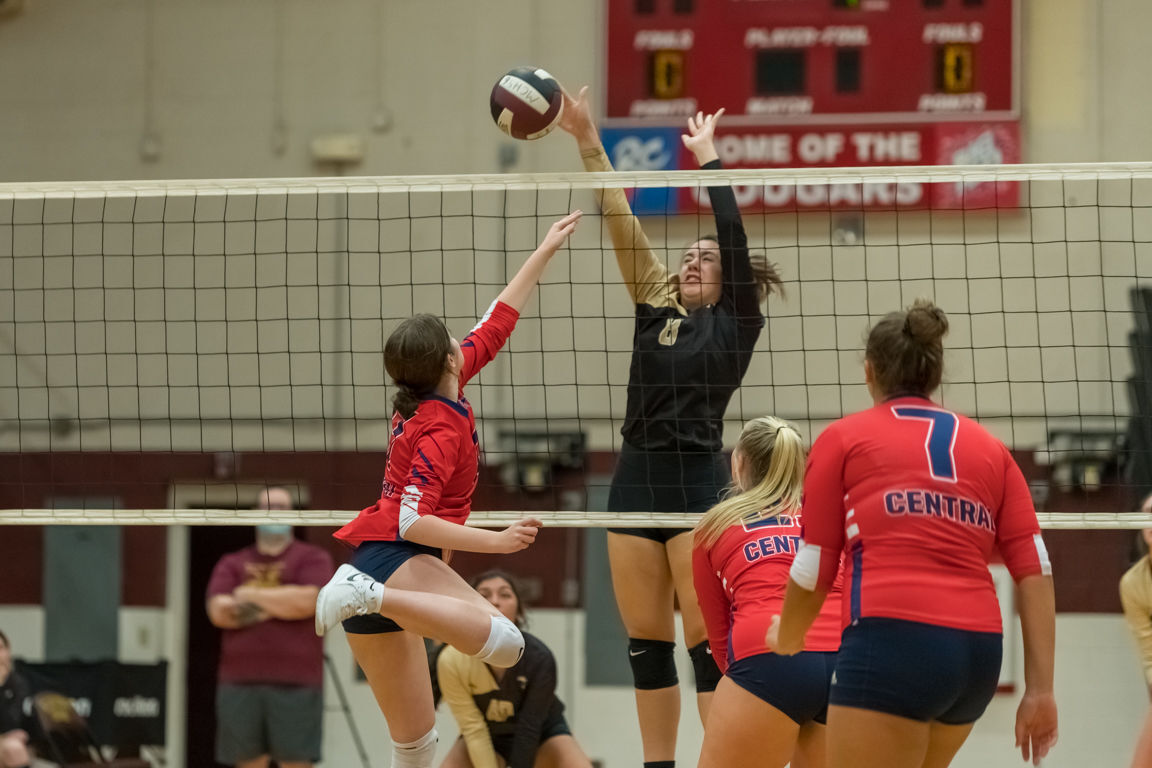 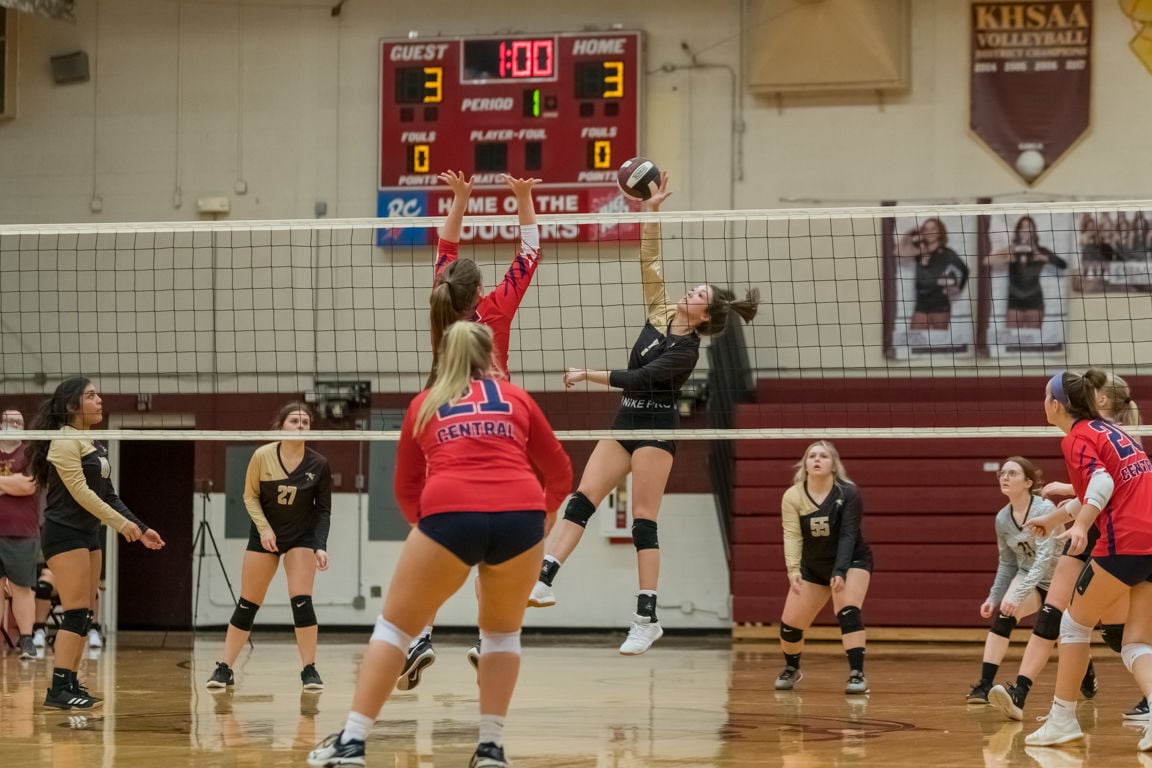 McLean County’s Claire Hudson (1) hits the ball while Riley Hudson (27) and Lilly Underwood (55) prepare for a return against Hopkins County Central on Sept. 20 at Calhoun. 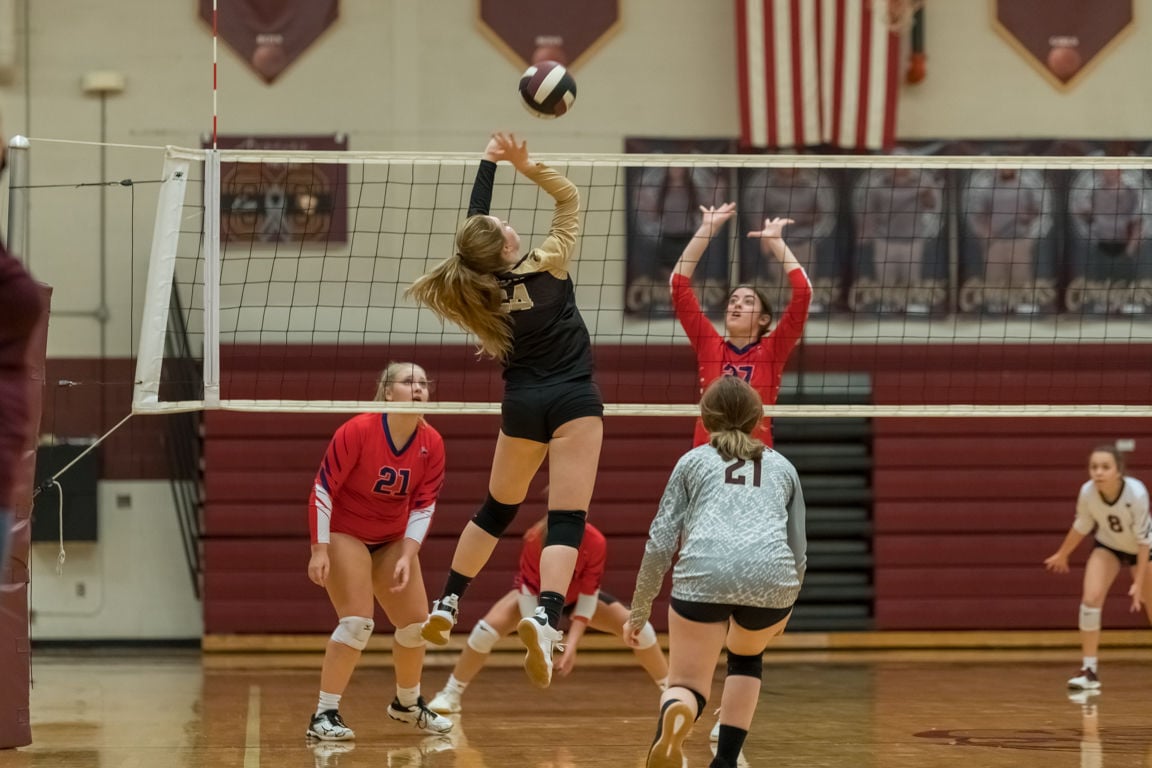 McLean County’s Claire Hudson (1) hits the ball while Riley Hudson (27) and Lilly Underwood (55) prepare for a return against Hopkins County Central on Sept. 20 at Calhoun.

The McLean County High School volleyball team fell at home and on the road last week. The Lady Cougars lost in four sets to Hopkins County Central at home on Sept. 20. The team traveled to Ohio County the following night, falling in three sets to the Lady Eagles.

The Lady Cougars came out strong on their home court against the Lady Storm, winning the first set 25-11. Hopkins County Central then took the next set 25-18 and the third was a hard-fought battle that went 27-25 before the Lady Storm prevailed. The final set went to Hopkins Central, 25-15, to seal the win for match.

“We came out really hot and played a fantastic first set,” head coach Zach Hardison said. “But after that we couldn’t sustain our focus and made errors that took us out of competing down the stretch. We have recently changed several things and are dealing with injury and health issues to key pieces of our lineup. We have to find a way to sustain and keep growing until we can get them back.”

The Lady Cougars got right back to work the following night in Hartford with a matchup against Ohio County. McLean County lost in three sets, 25-11, 25-6 and 25-17.

Coach Hardison shared that the impact of those missing pieces was really felt in this match.

“This shed some light on our biggest needs,” Hardison said. “We spent the rest of the week working on defensive positioning, and we are hoping to see that impact in the near future.”