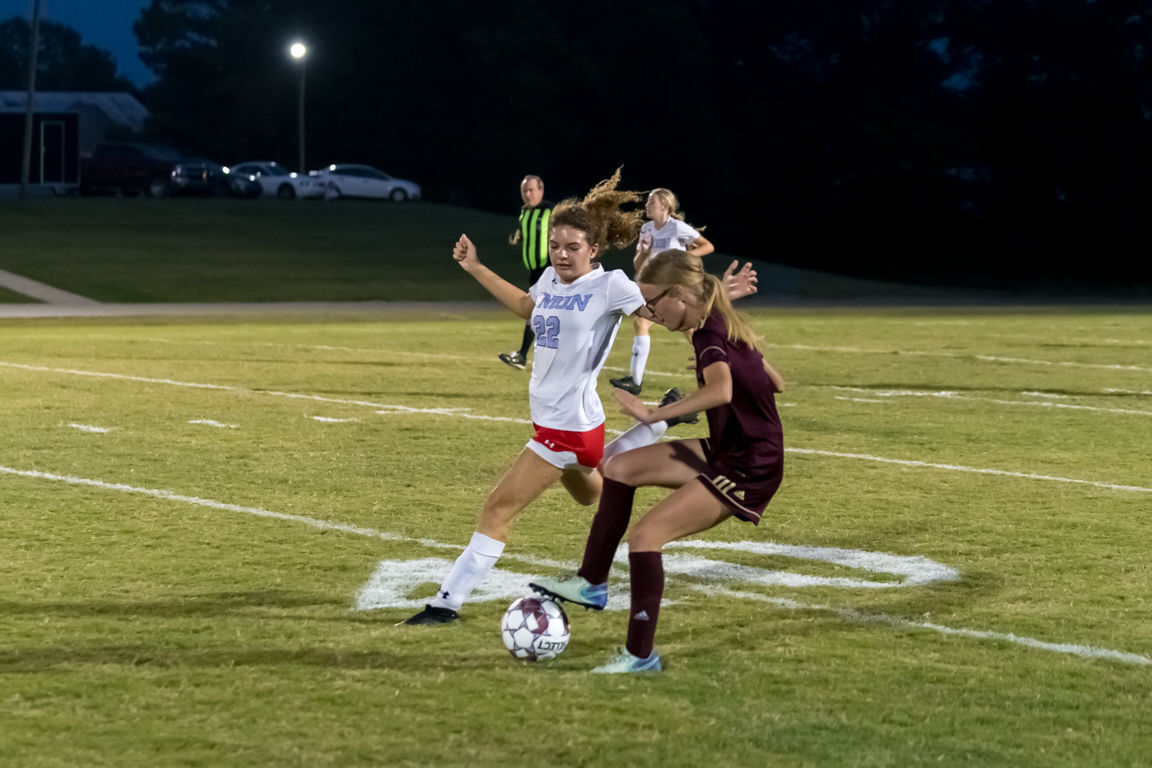 McLean County’s Abigail Humphrey (22) makes a move on a Union County defender during the Lady Cougars’ 5-0 win on Sept. 30 on Senior Night in Calhoun. 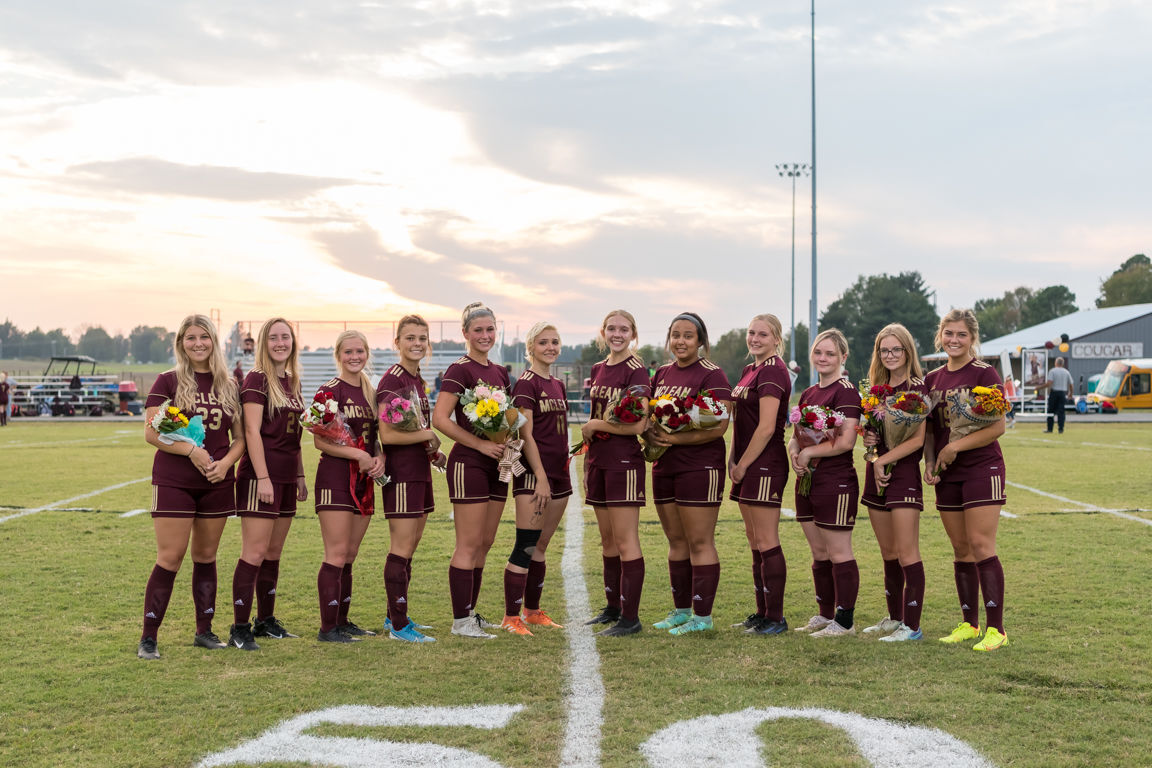 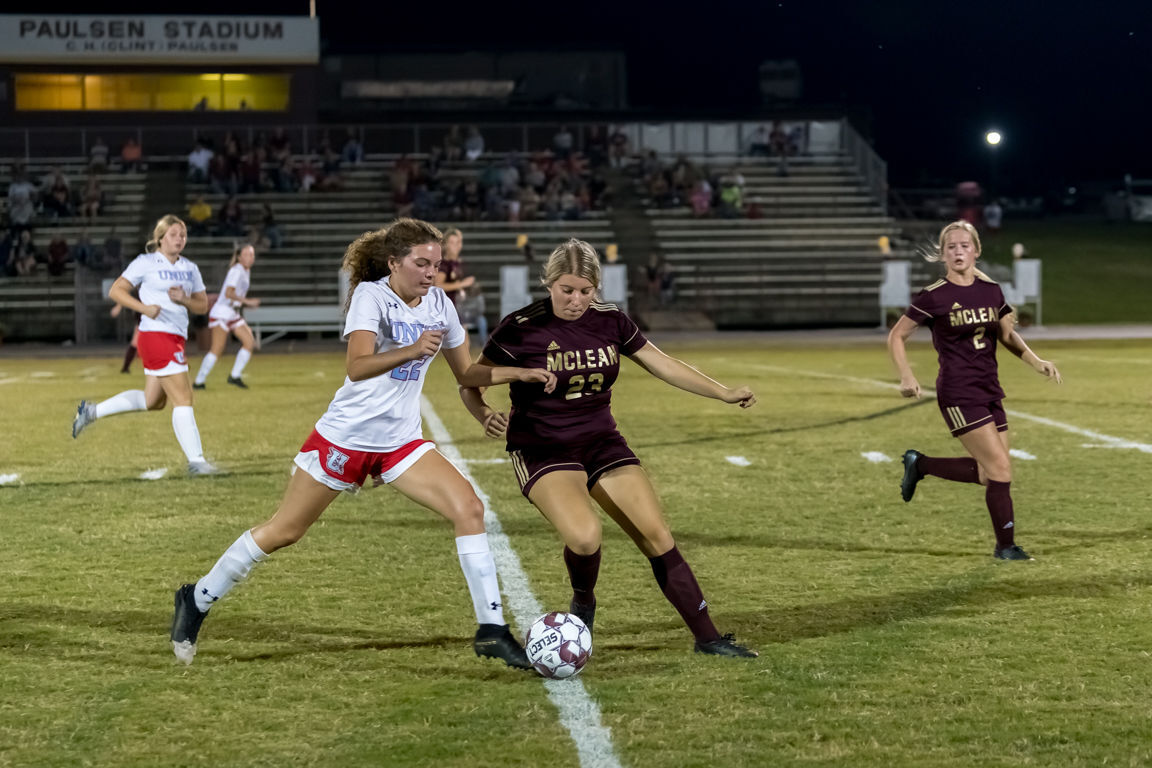 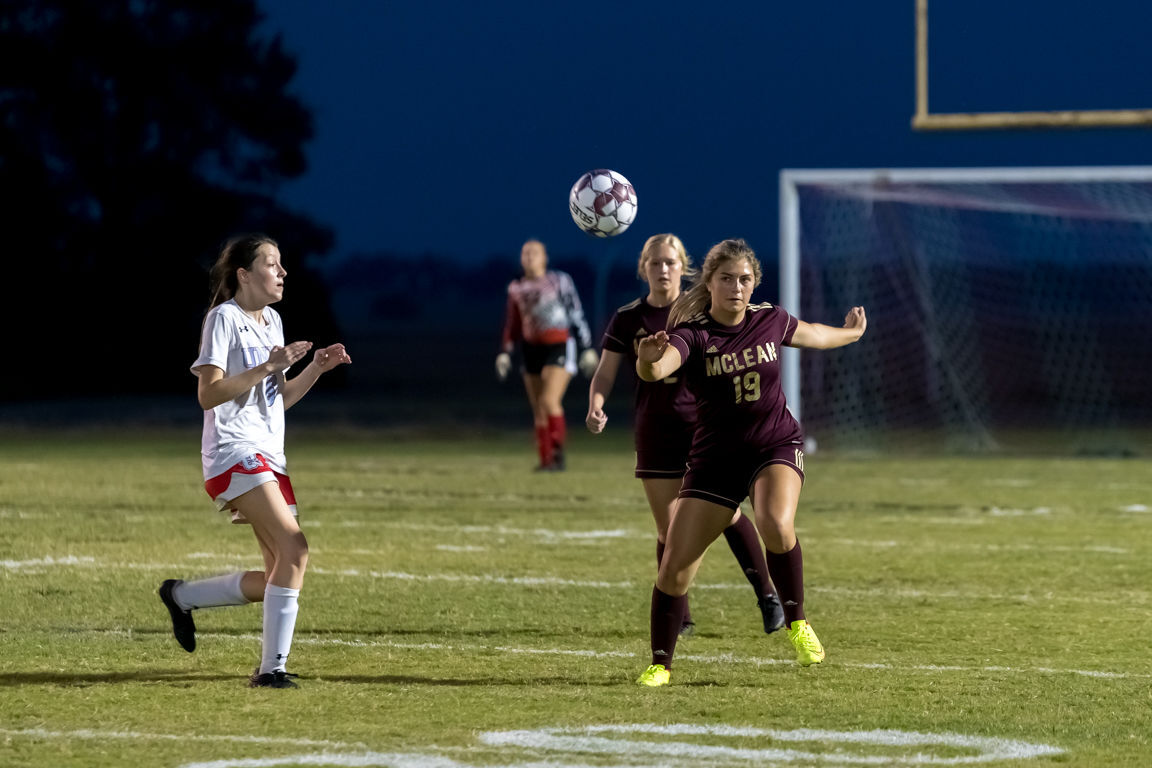 McLean County’s Abigail Humphrey (22) makes a move on a Union County defender during the Lady Cougars’ 5-0 win on Sept. 30 on Senior Night in Calhoun.

The McLean County High School girls’ soccer team ended the 2021 regular season on a high note with a new school record of three straight shutouts. The Lady Cougars had 0-0 ties on Sept. 27 at Apollo and on Sept. 28 at Russellville. McLean County hosted Union County on Sept. 30 for Senior Night, notching a 5-0 victory over the Lady Braves.

The Lady Cougars accomplished a feat for only the second time in school history by not losing a match to an Owensboro-area team. The stalemate against the Lady E-Gals last Monday night was a very defensive game for both teams, according to head coach Ricky Humphrey. McLean County goalie Kyndal Daugherty had 15 saves.

On Tuesday night, McLean County was on the road again to take on the Lady Panthers at Russellville. The Lady Cougars knew they were in for a battle against the 13-win team. McLean County had several opportunities on goal, but was unable to capitalize. The Lady Cougar defense was up to the challenge and posted its second straight shutout to tie a school record. Daugherty had 13 saves in goal.

McLean County celebrated the high school careers of 12 Lady Cougars for Senior Night last Thursday at home against Union County for the regular-season finale. McLean County started slow before Madelynn McKittrick found the back of the net after a nice pass from Abigail Humphrey. The score stayed 1-0 at the half.

After a pep talk during intermission from coach Humphrey about what a win on Senior Night would mean, the team came out on fire. Less than a minute after play resumed, Crissy Markwell took a shot on goal that ricocheted off the goalie, giving Brilee Owens the opportunity for her first goal. Seven minutes later, Union County fouled a McLean County player in the penalty area. Abigail Humphrey buried the penalty kick to make the score 3-0.

Katie Knight later scored on a corner kick off the pass from Humphrey, increasing the lead to 4-0. The Lady Cougars finished off the night when Markwell took another shot from 20 yards out; it bounced off the goalie’s hands to Owens for the final goal, sealing the victory. Daugherty had six saves in goal.

“This was a great way to end the regular season, but we aren’t finished yet,” stated Humphrey. “It was great to end with three straight shutouts. We are playing better than we have in years. If this continues, this team is ready to make noise in both the district and region tournaments.”

The Lady Cougars competed in the 10th District Tournament here at home earlier this week.