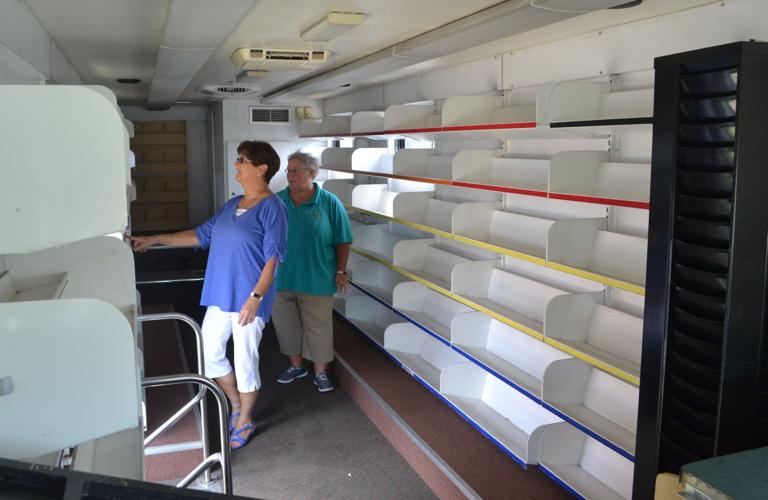 Aimee Newberry, left, director of the McLean County Public Library in Livermore, and Angie Smith, the library’s outreach coordinator, inspect the equipment and shelving inside the library’s new bookmobile. 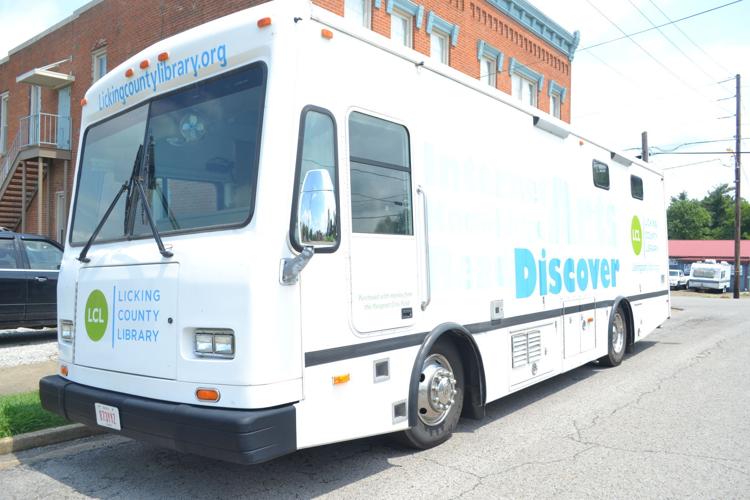 Aimee Newberry, left, director of the McLean County Public Library in Livermore, and Angie Smith, the library’s outreach coordinator, inspect the equipment and shelving inside the library’s new bookmobile.

The McLean County Public Library in Livermore will have a new entity gracing the community before the end of the summer.

On July 22, the library welcomed a new bookmobile that will be used to travel to each city in the county to offer books, activities, games and more.

The new vehicle, a 2005 Freightliner, will replace the current bookmobile that has been in service since late 2011.

The new bookmobile was made possible by a $70,000 grant the library received from the Kentucky Department for Libraries and Archives (KDLA) and Institute of Museum and Library Services (IMLS).

Aimee Newberry, the library’s director, said attempting to get a new bookmobile has been in the works for some time, with KDLA reaching out about three to four years ago about the possibility.

“(They) were hoping to fund some bookmobiles somewhere down the road,” she said.

Newberry said the library was in need of a new vehicle due to the current bookmobile experiencing several mechanical issues.

KDLA reached back out to Newberry and Angie Smith, the library’s outreach coordinator, in March with news that the library was going to be one of the recipients of funding of “some projects” before they spoke to Beth Millburn, deputy commissioner for KDLA.

“(Beth) saw us at our state meeting and said we’re going to have (funds) for bookmobiles — so get ready,” Newberry said.

Newberry said having the bookmobile service has served the community well in many ways and that an upgrade was needed.

“Angie puts whole classrooms of children on there ...,” she said. “You can put a whole group of kids or you can get half a dozen adults on it, (and the) different communities treat it more as a social event when the bookmobile comes.”

Newberry and Smith searched for a new bookmobile that would serve its purposes efficiently and that had built-in equipment.

“...Because of the way we use our vehicle, we don’t just use for, ‘Hey, come get a book’ or ‘Hey, come get a movie,’ ” Newberry said. “Angie does programming on it, we’ve shown movies on the side …, we have an awning on the side where Angie’s done summer reading activities out and about in the different communities throughout the county.”

After consulting with KDLA and IMLS, the library was able to look at vehicles meeting their specifications before finding its new bookmobile at Farber Specialty Vehicles in Reynoldsburg, Ohio.

The vehicle, originally used by Licking County Library in Newark, Ohio, came equipped with shelving, a magazine rack and a riser platform towards the back of the vehicle to accommodate more activities and programs.

The bookmobile is ready to go on the road.

Smith said the arrival of the new bookmobile has some residents waiting in anticipation.

“Two of our patrons had been driving by every night to see if it had gotten here,” she said.

As of Monday, the vehicle has the former library’s decals and logos. Newberry hopes the new vehicle wrap will be completed this month.

There will also be a contest held where the library will ask the community to submit a name for the new bookmobile, while there are plans to bring it to the upcoming back-to-school bashes and other community events like Calhoun Harvest Day and holiday parades.