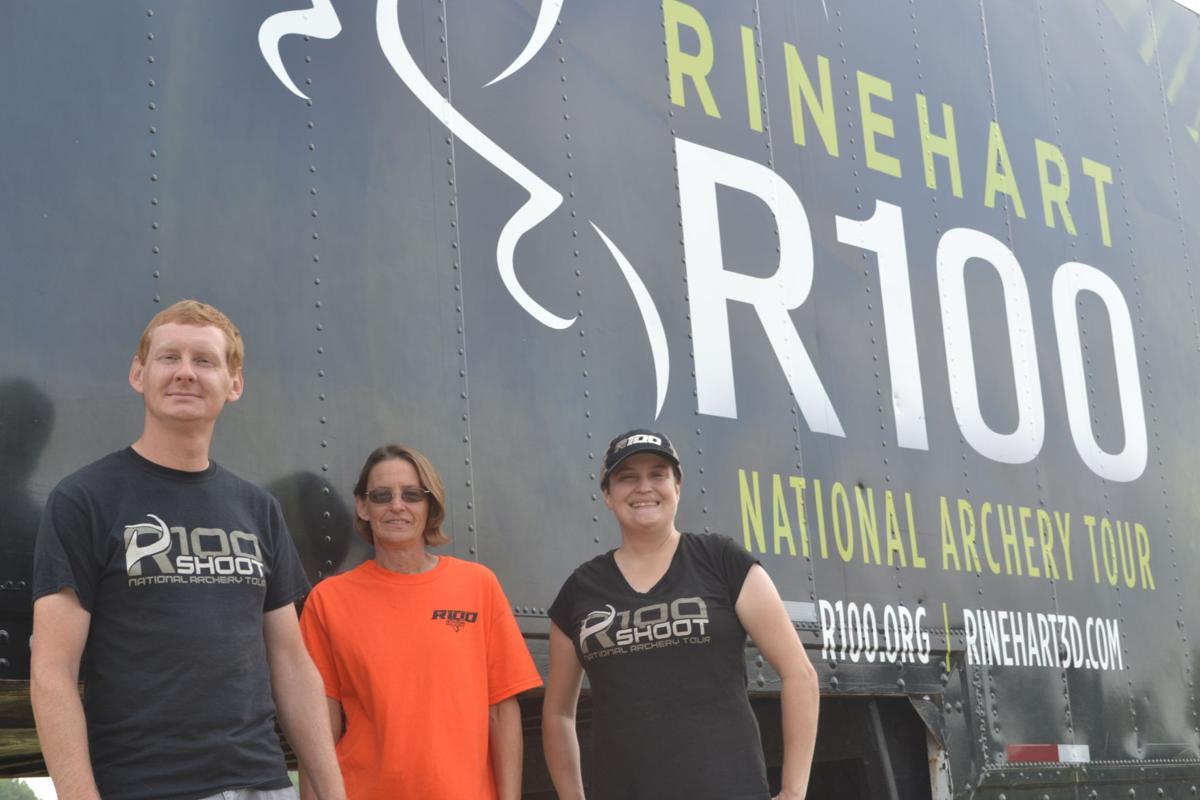 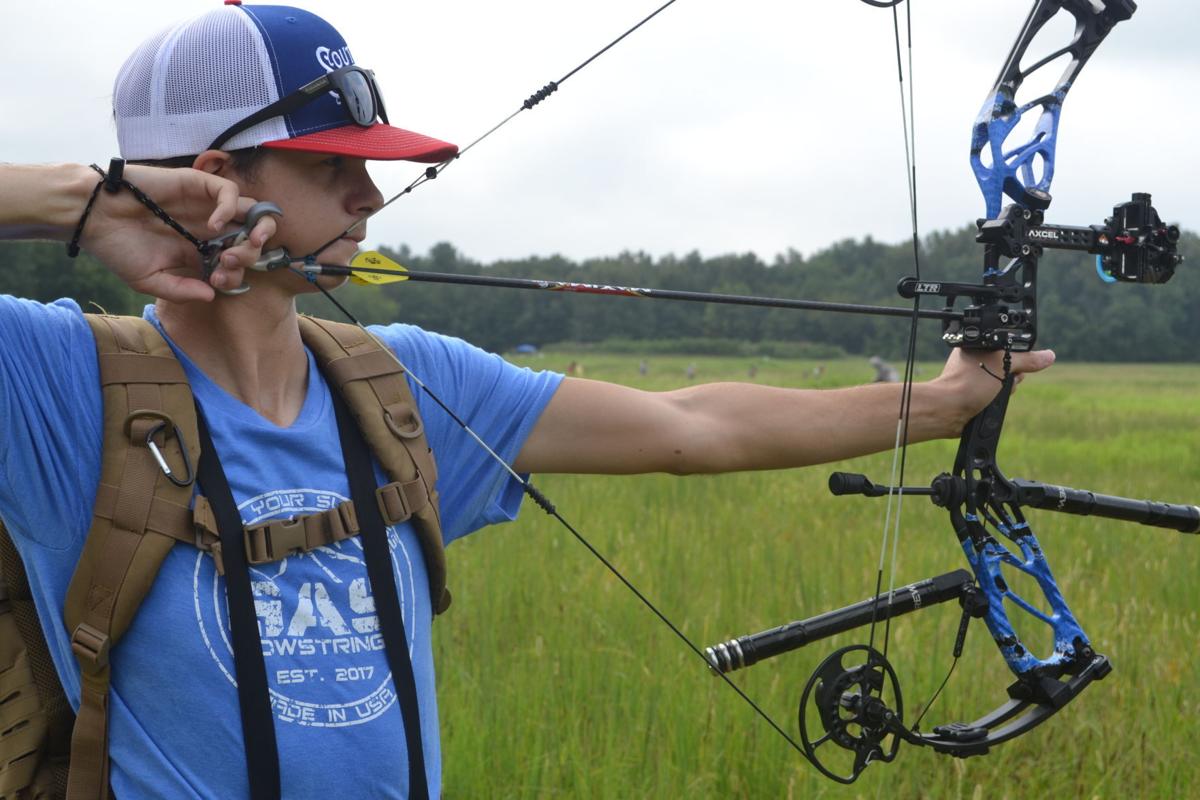 Shane Adams, of Boyd County, prepares to shoot a target on the Safari Range at R100’s national tournament Aug. 22 at Myer Creek Park.

Shane Adams, of Boyd County, prepares to shoot a target on the Safari Range at R100’s national tournament Aug. 22 at Myer Creek Park.

A national archery made a stop last weekend in McLean County after a two-year hiatus.

R100 has provided thousands of passionate archery shooters with an event that caters to participants of all ages and skills for the past 18 years.

According to its website, R100 is a family-friendly 3D-archery circuit that works with clubs all across the country to hold events that consist of two 50 target courses — the Safari Range and the North American Range.

“(McLean County) has land (and) you have an ambitious club that wanted to host (the event),” Brad Rinehart said. “Geographically, you’re centered pretty good. There’s a lot of cities and stuff around you. There’s some good land, lots of parking. It’s just a nice place to hold an event.”

“We only ran five events (in 2020) out of 17 scheduled. Not great,” Brad Rinehart said. “The country was pretty well shut down. Archers came out and shot, but when you went to the grocery stores, everything was real quiet and real bare on the shelves.”

R100 paired with the county’s own archery club — Myer Creek Archers. Jennifer Warner, secretary for the archery club, said that the organization paired with R100 in the past, but this was her first experience working directly with Brad and Brittany Rinehart. Warner was pleased with the partnership.

“(The event) has been going really well,” Warner said. “We had a lot of people, lots of compliments. We’ve even had people from out of town come back and message us on Facebook page and say ‘Hey, we loved it. We liked to come to some of your shoots.’ ”

Brad Rinehart confirmed that over 388 people were in attendance at the two-day event. Warner was surprised by the turnout, considering other events scheduled in surrounding counties.

“We were really concerned with the HydroFair going on in Owensboro and the (Street Legends) car show at Diamond Lake (Resort),” Warner said. “But, we’ve had a very good turnout.”

Scoring was done by a 12-point ring system — the smallest circle on the target receiving the maximum 12 points, with zero points if the target is completely missed.

“The Small Game Sniper Challenge” and “HHA Whitetails for Warriors” are pay-to-play shooting games. The “The Small Game Sniper Challenge” is where archers shoot at five small game targets at distances between five to 50 yards, while “HHA Whitetails for Warriors” is a 10-target donation shoot where the funds go to a donation program via a partnership with Operation HHA USA, a nonprofit charitable organization serving veterans and active-duty members of the United States armed forces that shows appreciation for veterans and active military personnel through archery.

The two free events consist of “The Steel Forest Challenge,” where an archer must shoot targets that are obstructed by steel trees, and “The Iron Buck Shoot,” where the archer must place their arrow in the foam insert of a steel deer.

Though shooters are competing for points and a winner’s lapel pin, Brad Rinehart and Warner want to focus on the simple pleasures of being outdoors and enjoying the day.

“It’s really about having fun in archery and getting a family out. We really like it when dads bring their kids, with wives and husbands — that’s really what it’s about.”

“(People) are able to see, shoot, go out and bring the kids and have fun,” Warner said. “It’s getting the whole family involved. As long as everybody has fun, that’s what we like to see.”

Participants like Shane Adams, an archer for Kentucky Christian University team, has been to a couple of the tour dates in the past and attests to being able to find joy in the sport.

“(It’s about) being able to come out and have a good day slinging arrows,” Adams said. “It’s also good practice for hunting.”

R100 has three more stops on its tour before concluding the season in mid-September in Franklin, Pennsylvania. Warner said the county’s archery club will hold its final event on Sept. 11-12.