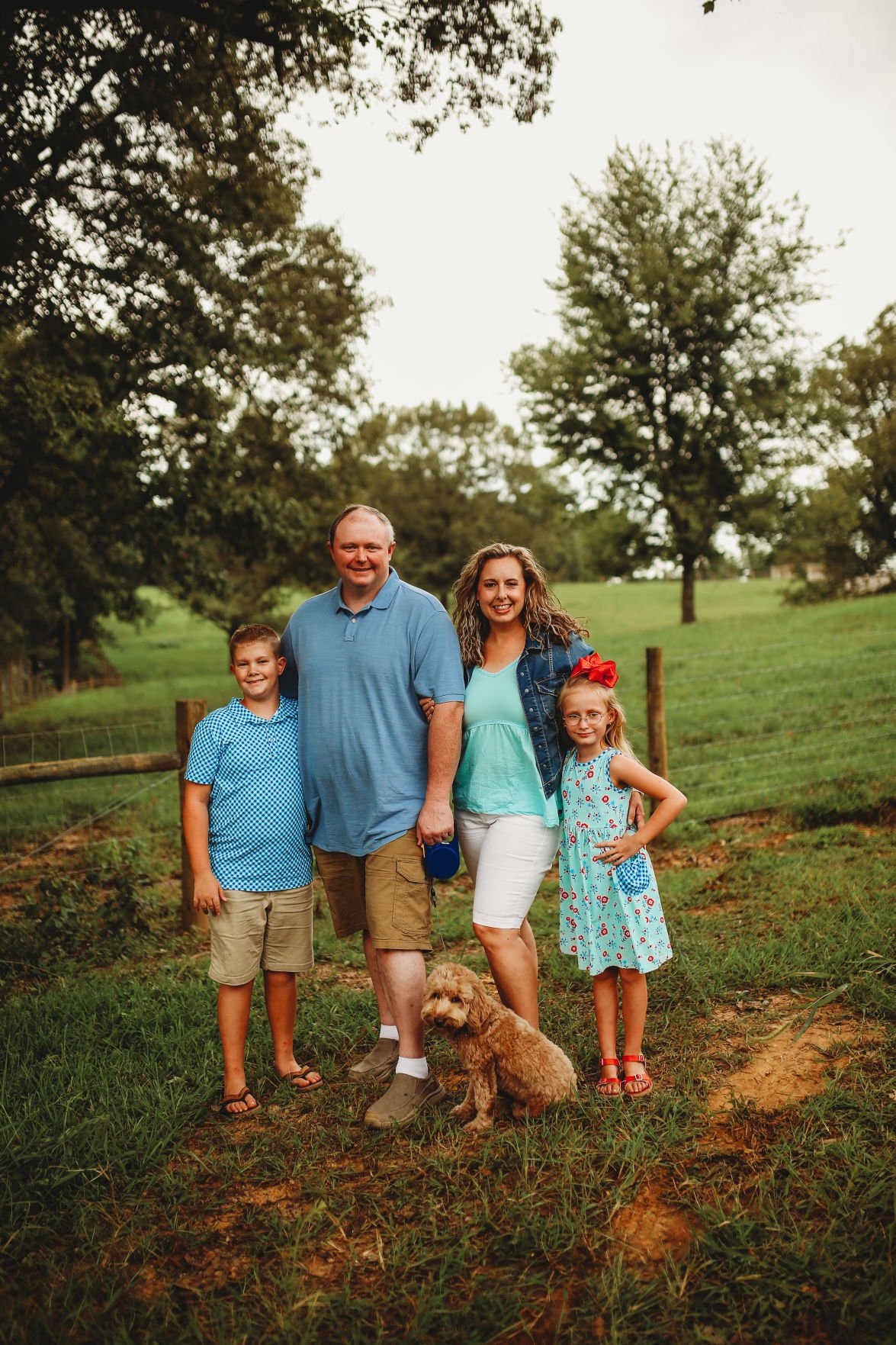 Pictured (from left to right) James, Jason, Andria and Hailey Brooks are pictured. Andria and Jason adopted James and Hailey through foster care. 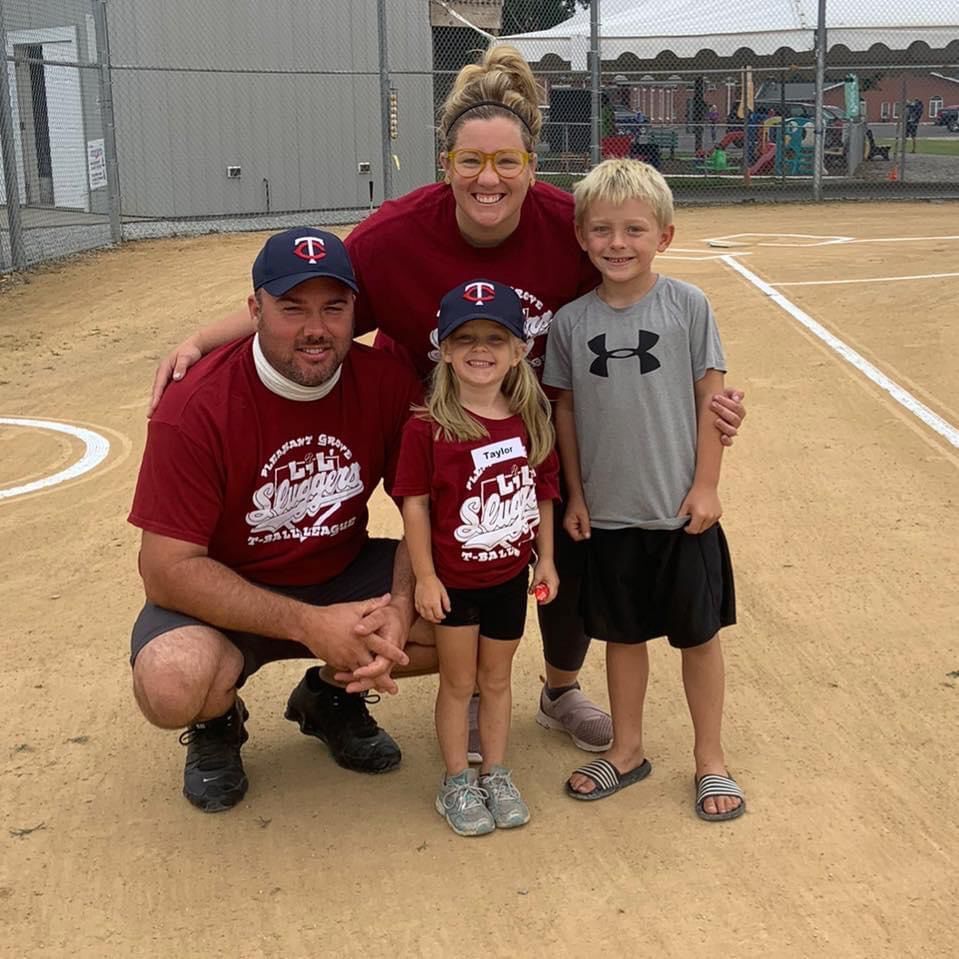 Pictured (from left to right) Matthew, Taylor, Erin and Trevor Bleemel. Erin and Matthew adopted Taylor and Trevor out of foster care in March.

Pictured (from left to right) James, Jason, Andria and Hailey Brooks are pictured. Andria and Jason adopted James and Hailey through foster care.

Pictured (from left to right) Matthew, Taylor, Erin and Trevor Bleemel. Erin and Matthew adopted Taylor and Trevor out of foster care in March.

May is National Foster Care Month and two local families are celebrating the month with their adopted children they met through the foster care system.

Andria Brooks, a chiropractor at Calhoun Chiropractic Center, adopted her children, James, 11, and Hailey, 8, through the foster care system.

“My husband and I, like any couple does, talked about if we wanted to have kids before we got married and we both did,” she said. “After we got settled in our careers, it really didn’t happen for us, and that’s OK.”

Brooks said she always wanted to be a foster parent so she and her husband, Jason, decided to go through the process.

“After we became foster parents we had a few kids come through our house that were shorter placements but we had two that we ended up with for multiple years and then both were able to be adopted eventually,” Brooks said.

The Brooks decided to stop fostering after adopting their daughter.

“It didn’t just make an impact on the kids,” Brooks said. “It made a huge impact on me as well.”

“Through the state of Kentucky, there was a phone number you could call to get more information and that’s what we started with,” she said.

She and her husband attended classes in Daviess to become qualified to be a foster parent. They also went through a physical examination and a home inspection. Once those were complete, they became qualified and were added to the list of foster parents.

Brooks said the goal of the foster care system is to reunite the families, but if that is not a possibility, permanent placement will be sought and the rights of the birth parents are terminated and the children are put up for adoption.

“If you are at all interested in becoming a foster parent, if that is something at appeals to you at all, you should at least attend one of the information meetings,” she said.

Brooks said one of the more common remarks she hears about fostering children is becoming attached to a child and then having them placed in a different home or reunited with their family.

“I’m here to tell you 100% you are going to get attached to these children,” she said. “If you have a child living in your home and you’re taking care of them, there’s no way you won’t fall in love with them and care about what happens to them in the long-term. The only way you can make that a reasonable thing to do is to go in knowing that there will be times the situation will break your heart. Most of the time, as an adult, most of us have faced heartbreak and we have survived it many times. Those children need someone to have someone willing to have their heart broken for them.”

Brooks said being a foster parent and adopting out of the system changed her life.

“It’s the way that I became a mother,” she said. “I feel like it was one of my purposes in life so that has been a huge thing in our family. It opens your eyes to things you’d never be involved in. It’s opened my eyes to having more awareness and sympathy.”

She said one piece of advice she has for people considering being foster parents is to “just do it.”

“There’s never a perfect time,” she said. “If it’s something that’s just on your heart or you feel like it’s part of your purpose, then I say the time is now. If you don’t think you’re doing it right, then you’re probably doing a great job.”

Daviess County resident Erin Bleemel and her husband, Matthew, began fostering three years ago and have adopted their children, Trevor, 8, and Taylor, 5, through the foster care system. They are currently fostering a child from McLean County, their first from the county.

“Some friends of ours had Taylor and Trevor and it wasn’t a good fit for them with their other kids,” Bleemel said. “They were just on my heart and my husband and I talked about it and we decided we wanted to foster them.”

Since they began fostering, the Bleemels have had around 12 children be placed in their home through the foster care system. The most they have had at once is five children.

“My husband and I have been married for almost 14 years and we were definitely the people at restaurants who didn’t want to sit around kids before and I think it opened my eyes to the fact you can’t always see a disability or a struggle from the outward appearance,” she said. “You don’t know what kids are going through when they have fits and it’s hard to deal with a lot of different things.”

Bleemel said being a foster parent is heart-breaking but the “reward” is worth the experience.

“We try to eat supper every night at the table together and things that I would normally take for granted, they value a little more,” she said.

Bindi Irwin: Breastfeeding my daughter has been a learning curve

Matthew McConaughey: I've wanted to be a dad since I was eight!

Chris Pratt cuddles his daughter every morning: 'It's our special time'