You have permission to edit this article.
Edit
McLean County
News
Sports
Records
Community
Obituaries
Opinion
Return to M-I
1 of 2 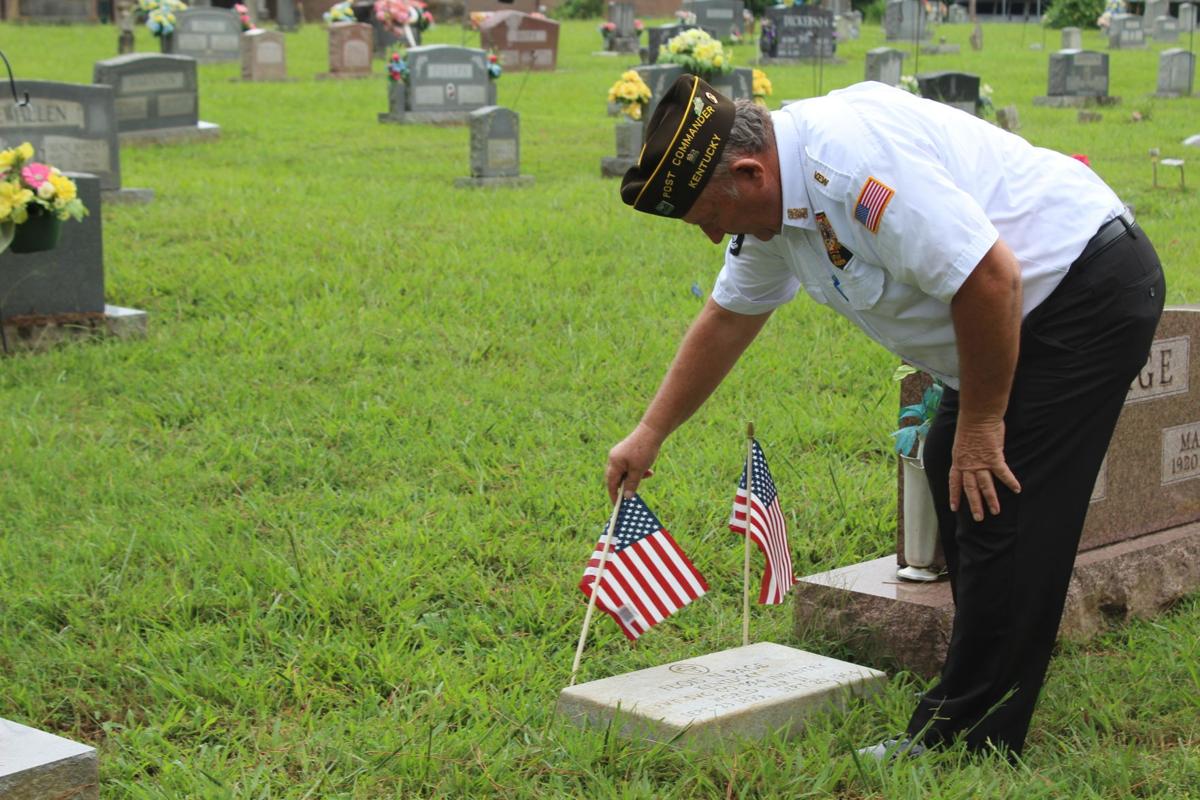 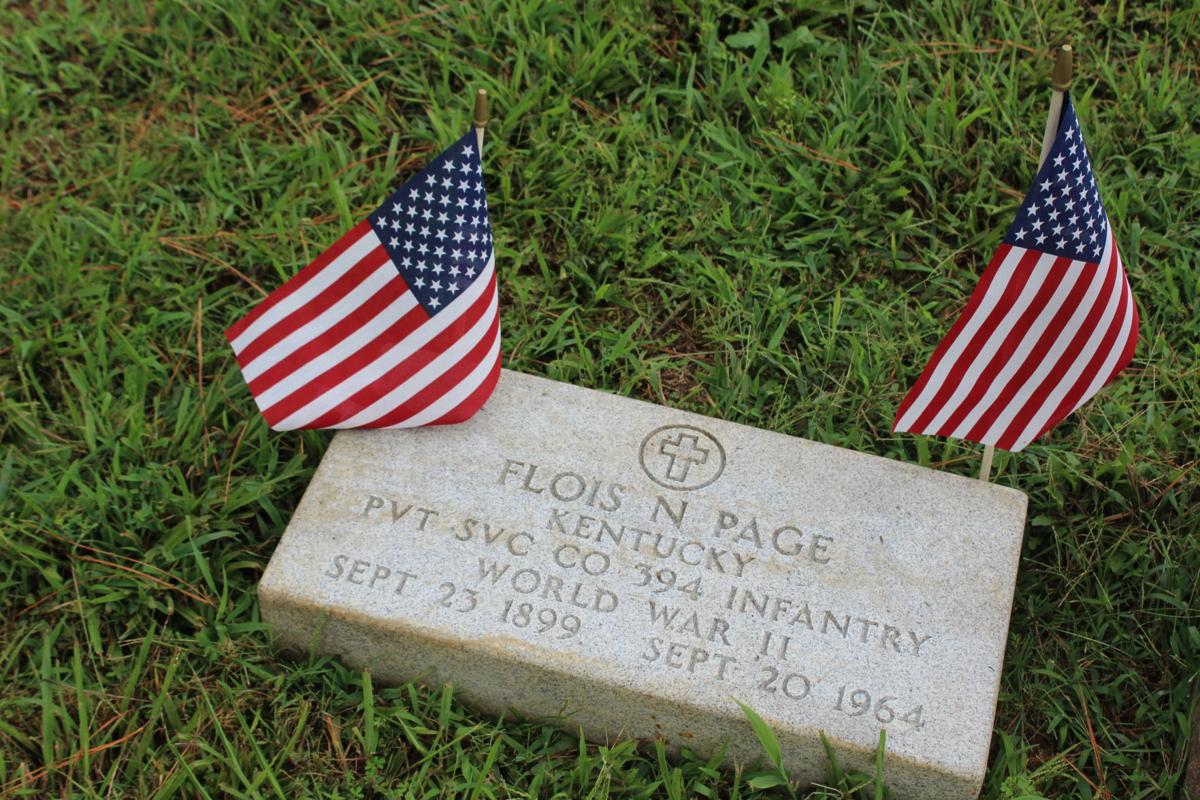 Flois N. Page was honored by the McLean County VFW after his tombstone was found in Calhoun and united with his resting place Wednesday morning.

Flois N. Page was honored by the McLean County VFW after his tombstone was found in Calhoun and united with his resting place Wednesday morning.

Members of the McLean County Veterans of Foreign Wars traveled to Muhlenberg County recently to place a gravestone at the burial site of World War II veteran Flois N. Page.

Page lived from 1899-1964 and is believed to be buried in an unmarked grave at Ebenezer Missionary Baptist Church Cemetery off of North First Street in Central City.

Page’s gravestone was found about a year ago when an individual purchased the contents of a building at an auction site in Calhoun. The new owner came across the gravestone buried in mud on the property, according to former McLean County Judge-Executive Edward West. One of the individuals involved in finding the stone brought the information to West in hopes of uniting the stone with the family of Page.

West said he contacted Richard Crabtree with the McLean County VFW to help search for the family and gravesite of Page.

“My father was a World War II veteran ... so these things are close to my heart, too,” West said. “Most of us in life, this is the only monument we’re going to leave behind.”

“We did an exhaustive search on trying to find this gentleman’s burial site and we believe that we have found it,” Crabtree said.

One possible reason why the stone was never placed at the gravesite, Crabtree said, was because it may have been government-issued and arrived after the burial and the family just never had an opportunity to place the stone.

While the church was not able to locate the exact burial site, the stone was placed beside a relative of Page who was buried in the same cemetery, Crabtree said.

Crabtree, joined Scott, West and Larry Aldridge, also of the McLean VFW, and held a small ceremony at the gravesite to honor Page and his service to the country.

“This is very important to us. It’s a sacred spot. When a person is interred there, that’s a sacred place. You’re supposed to show some respect,” Crabtree said. “We’re veterans … and we feel a comradeship with folks that we’ve never met simply because we answered our nation’s call. … We don’t know the background of Mr. Page, but we do know that he was a veteran and we’ve come here to do the right thing by his family.”

Chris Rock: I went through nine hours of tests to discover my learning disorder