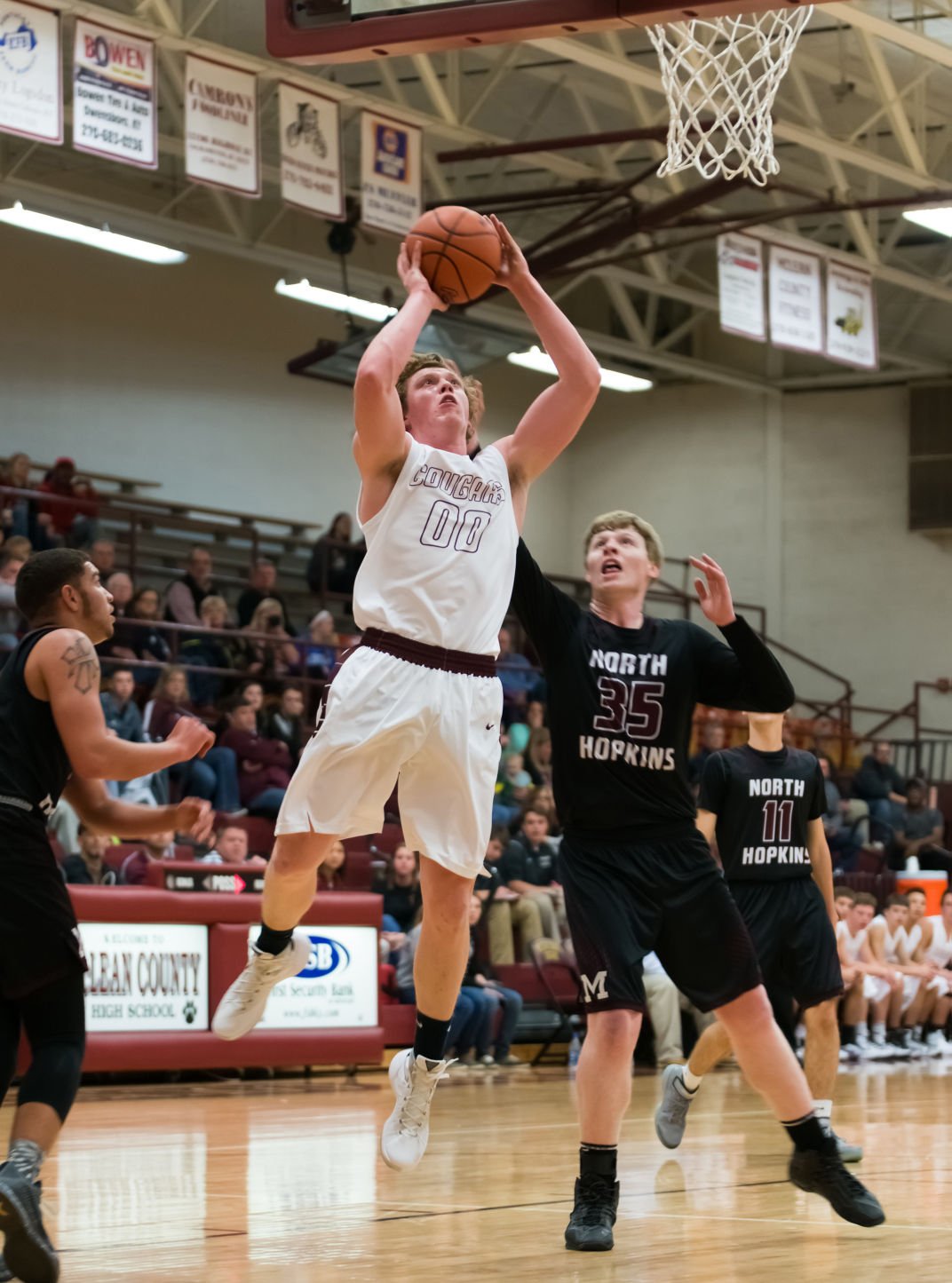 The McLean County High School boys’ started the season strong. Above, Harrison Taylor attempts a layup in a home game against Madisonville. 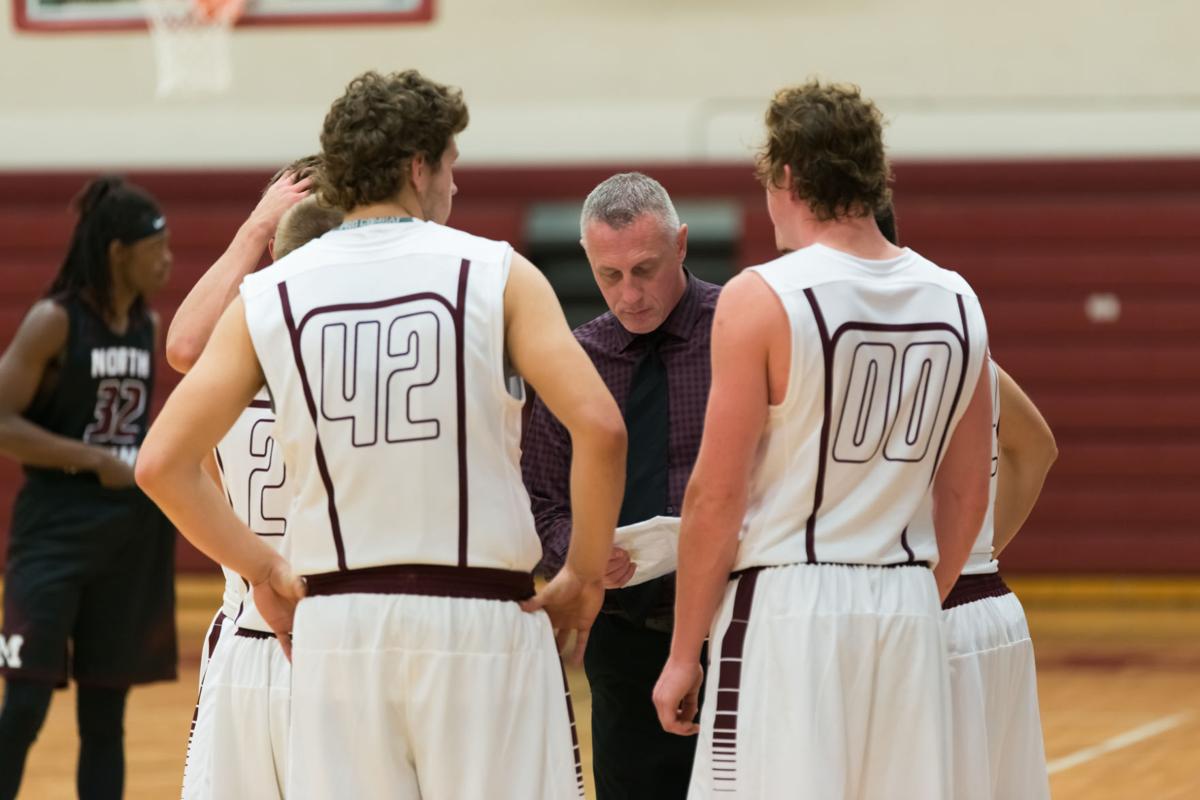 The McLean County High School boys’ started the season strong. Above, Harrison Taylor attempts a layup in a home game against Madisonville.

The McLean County High School Cougars traveled to Hopkins Central for their season opener on Nov. 30 and came home with a solid 74-63 win over the Storm. The Cougars were down at the end of the first quarter, but came back to lead 41-34 at the half and continued pulling ahead the rest of the game. Jake Logsdon led the Cougars with 29 points, 21 rebounds and was 70 percent from the free throw line.

The junior varsity team also prevailed against the Storm and won 55-42 after being down 26-23 at the half. Tyler Lovell led the Cougars with almost half of the total team points with 24.

The Cougars hosted the Hornets from Hancock County for their first home game this season on Dec. 1.

McLean County owned the first half and had several good plays. Jordan Revlett grabbed a rebound and ducked under the basket to make a pass out to Landon Adelman for a three pointer.

Sam Miller stripped two rebounds from a Hornet and scored. Trevor Turley blocked a shot from behind when a Hornet was going up toward the basket. Will Hudson twisted and spun under four defenders at the free throw line to make a behind-the-back pass to Miller under the basket for two points. The Cougars were ahead 32-29 at the half.

The Hornets came back and tied with the Cougars at the buzzer ending the third quarter with 42 each. McLean County fell behind with a six-point deficit but scrambled in the final minutes of play to narrow the gap. A three-pointer by Hudson had the Cougars within two points (59-61) with only five seconds left in the game, but the Hornets ultimately won 64-59.

The Cougars faced the Madisonville Maroons at home on Dec. 4. The junior varsity had a tight game either trailing slightly or tied at each quarter until the end. A 3-pointer by Tyler Little tied the game with only 2:30 left to play. Another three by Landon Adelman put the Cougars ahead 32-29, but the game was tied again at 33 with 1:20 left to play.

The Maroons pulled ahead 36-34 with a minute left in the game, but Trevor Turley tied it up with a bucket under pressure and a time out was called with only 28 seconds left.

A successful foul shot by Lovell put the Cougars ahead with only three seconds left and the game ended 37-36 in favor of the home team.