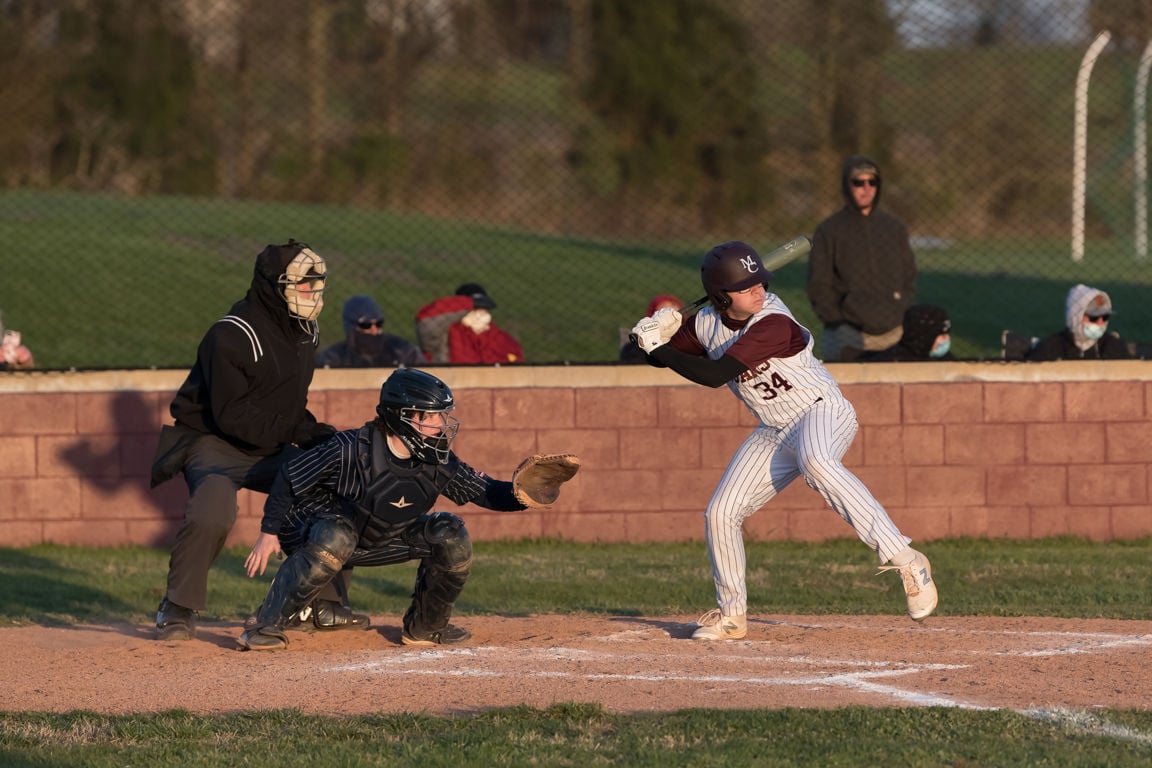 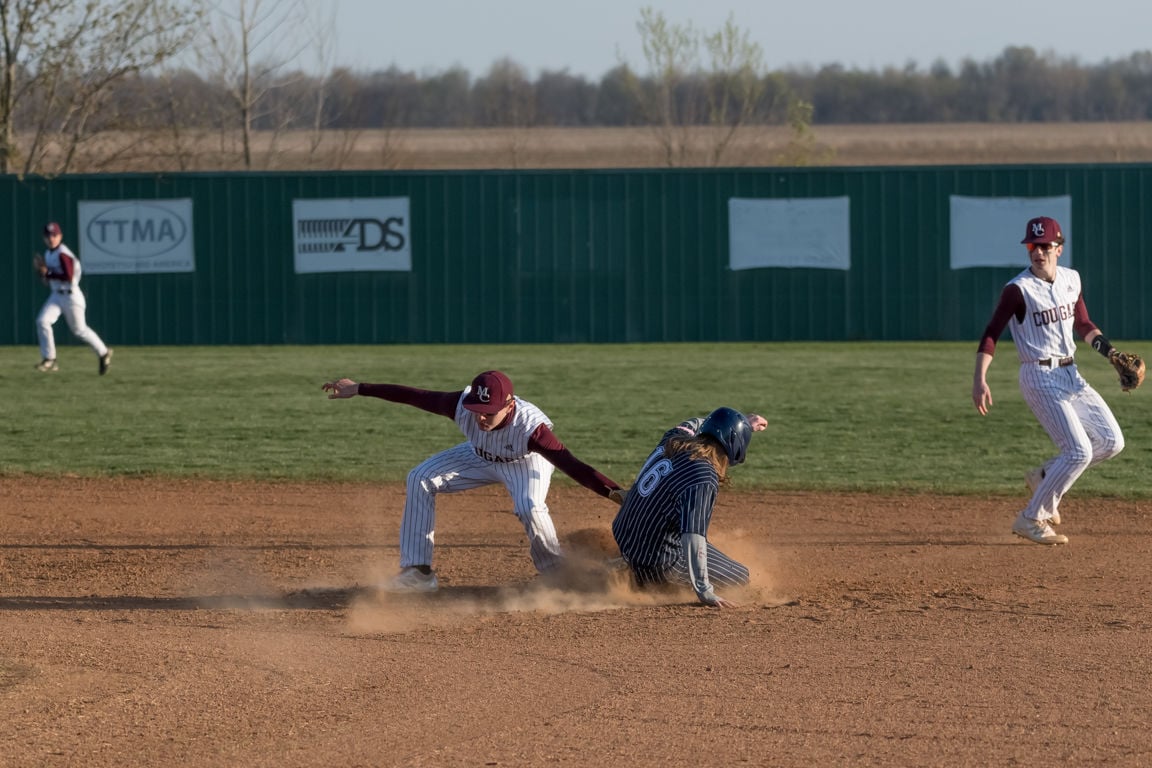 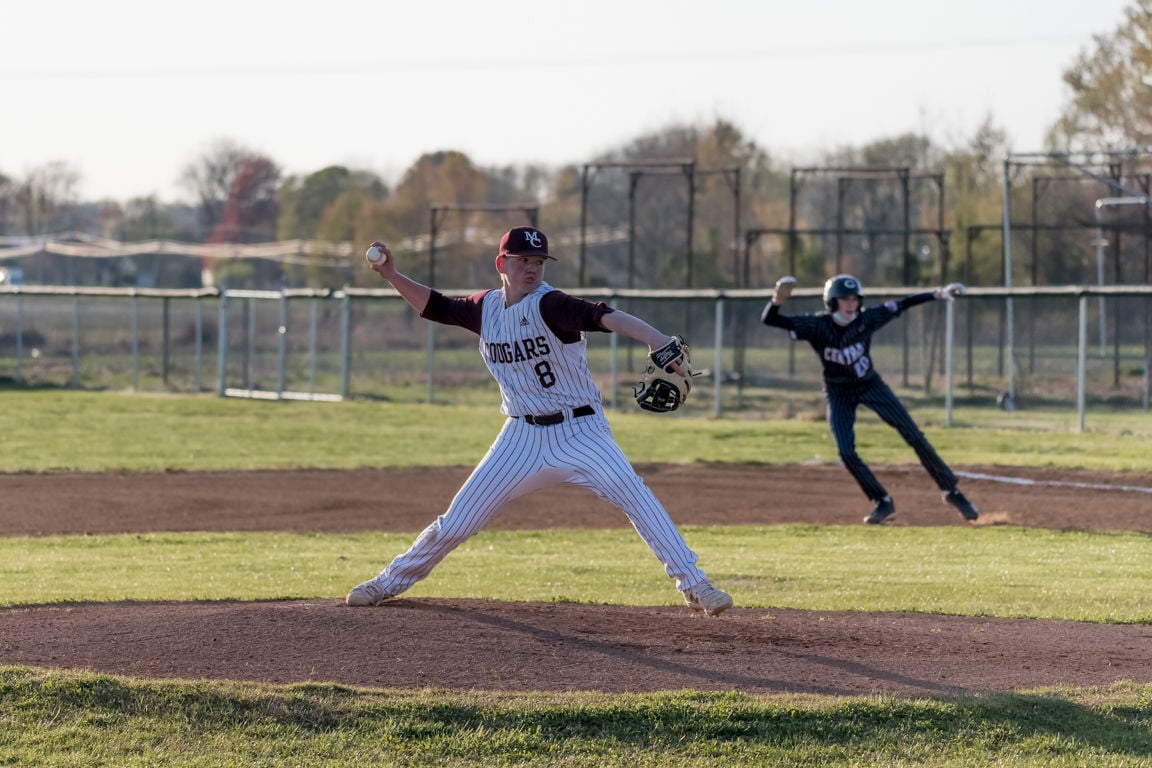 Cougar pitcher Ayden Rice prepares for a throw on April 1 against Warren Central.

Cougar pitcher Ayden Rice prepares for a throw on April 1 against Warren Central.

The McLean County High School baseball team opened the 2021 season 1-2 after the first week of games. The Cougars fell 8-0 on the road at Hancock County on March 29 before bouncing back with a 14-4 win over Warren Central at home on April 1. McLean County then came up short 5-1 against Harrison County at home last Saturday.

The Cougars struggled to put runs on the board and had a tough time defensively containing the Hornets, giving up eight runs. Grant Lovell had a single in the seventh inning, but he was left on base.

Lovell took the loss for McLean County. He allowed three hits and five runs over four innings, striking out one and walking two.

The Cougars grabbed an early lead in their home opener last Thursday against the Dragons. They scored five runs total on a walk by Ayden Rice, a groundout by Lovell, a single by Kamden Level and a walk by Cruz Lee in the first inning.

Will Logsdon was clutch at the plate with runners on base, driving in four on three hits to lead McLean County. Logsdon drove in runs on a double in the fourth and a double in the sixth. Logsdon also led the team in stolen bases with three and crossed the plate himself three times.

Ayden Rice led the Cougars to victory on the mound. The righty surrendered four runs on two hits over three innings, striking out seven and walking five. Harrison Sallee threw three innings in relief out of the bullpen. Sallee recorded the last nine outs to earn the save for McLean County, allowing two hits, walking one and striking out six.

The Cougars tallied 10 hits in the contest. Logsdon led the way with HB Whitaker and Level also managing multiple hits. The team stole seven bases during the game with Whitaker and Logsdon each stealing more than one.

McLean County fell 5-1 to Harrison County on Saturday despite out-hitting the Thorobreds three to two. Kamden Level, Cruz Lee and Jax Lee each collected one hit to lead the Cougars.

Head Coach Heath Hicks said it is great being back on the ball field this week, first and foremost. “I thought we played a lot like a young, inexperienced team in our first two games and then started to put it together a little more in the third. But, we still have a long ways to go.”

Coach Hicks felt the pitching was very good throughout the week with strong outings from Lovell, Sallee and Rice. “But we really need our bats to wake up soon to help these guys out.”

The varsity Cougars will participate in the Warren County Invitational on April 8 and 9. They will play Crittenden County at 4:30 p.m. and Russellville at 7:15 p.m. tonight. The team will face Green County at 1:45 p.m. on Friday.