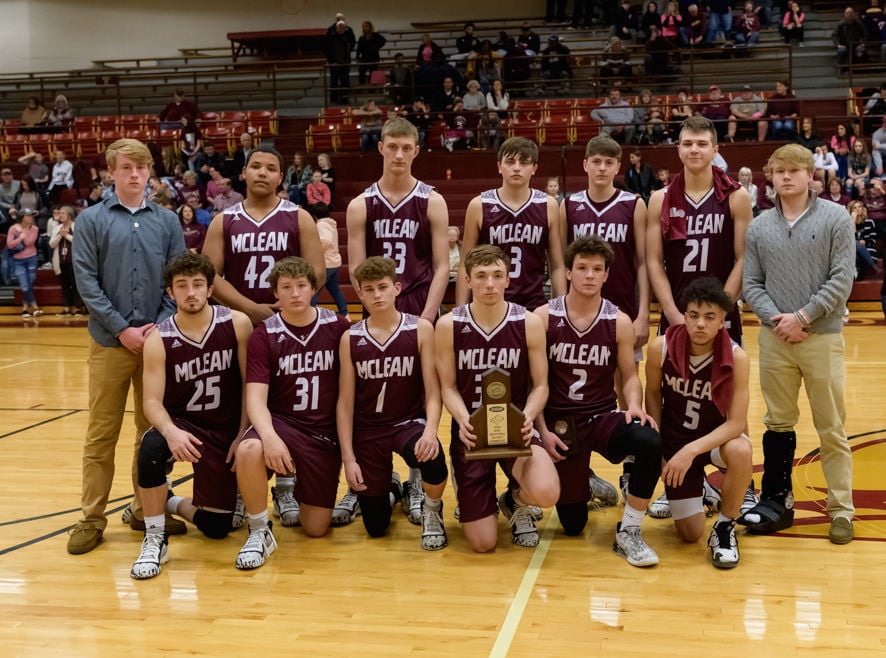 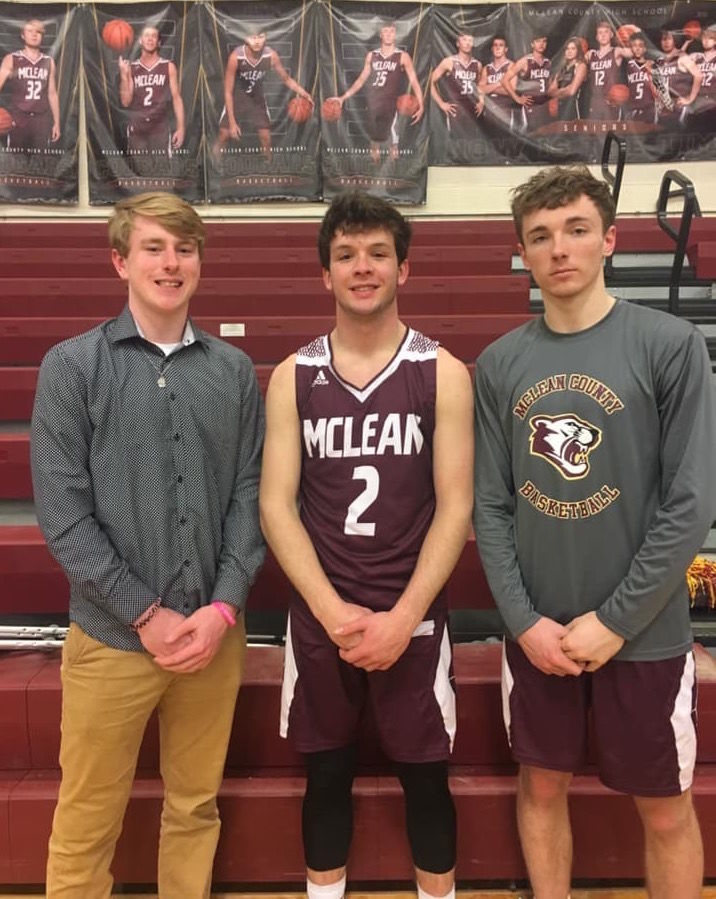 Logan Patterson opened the game against the Eagles with a steal that he cashed in for a basket. Triple three-pointers by Jacob Clark with assists from Isaac Springer and Brayden Bishop kept the game tight and ended the first quarter knotted up at 16.

Ohio County took the lead 28-22 by the half, but the Cougars tied it up at 30 midway through the third quarter. The next several minutes were a high-intensity battle of the threes as both teams pounded the nets from far away. Clark had another three and Bishop added one from the corner that was nothing but nylon. The final period started with the game still even at 40.

Patterson broke the tie with a layup and McLean County pulled farther away with a successful basket after some good ball movement. The Cougars continued to pad their lead and stayed out front the rest of the game despite losing Isaac Springer to an injury in the final minutes. Brady Dame made a steal and took it for a full-court drive, ending with a layup. Clark then sank two free throws with 10 seconds left to seal the 53-47 win for McLean.

Jacob Clark led the Cougars with quadruple threes and a total of 22 points, six rebounds and three assists. Logan Patterson had a double-double from 12 points, 11 rebounds, two steals and two blocks.

“We played really well in a huge game!” exclaimed head coach Darren Lynam. “We were able to kill two birds with one stone, so to speak. The win qualified us for the 3rd Region tournament as well as eliminated a top contender for the region title. Ohio County only lost three games in the region all year, and we handed them two of the three.”

The championship game last Thursday started with a block by Dame and a three by Clark to put the first points on the board. The first quarter ended with a tie at 10, but the Mustangs pulled ahead 29-16 by the half. Although the Cougars fought hard in the second half, Muhlenberg took the win 70-60.

Logan Patterson was perfect from the line with 29 points, nine rebounds, an assist, a steal and a block. Jacob Clark had triple threes with a total of 15 points and a rebound.

“They are a really solid team and arguably the best team in the Region,” commented Lynam. “We played fairly well and hung in there. We cut it to eight points a couple of times after they went up 15 at the beginning of the second half, but we just couldn’t get any closer. Missing Isaac Springer did make somewhat of a difference, as well.”

The Cougars faced Breckinridge County in the first round of the 3rd Region Tournament at the Sportscenter on March 4.