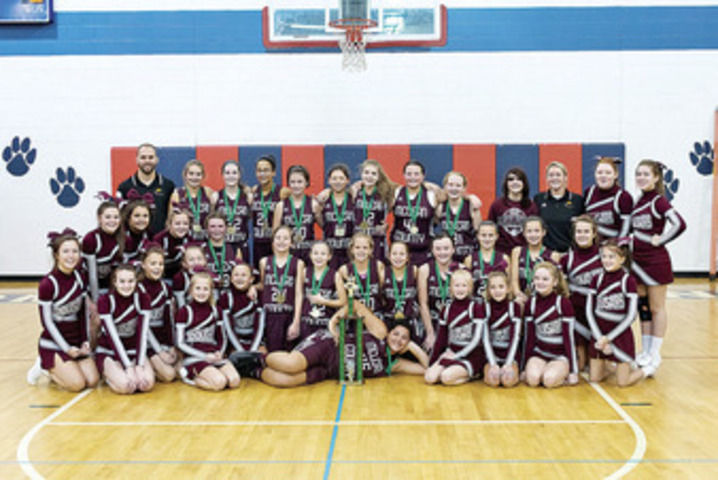 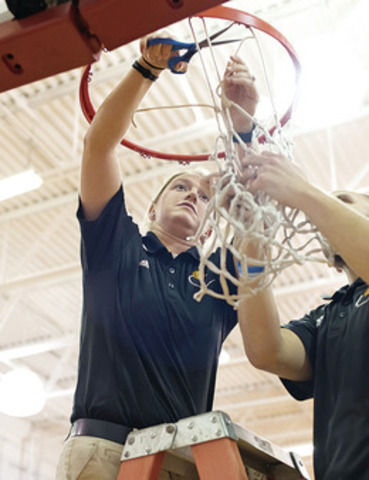 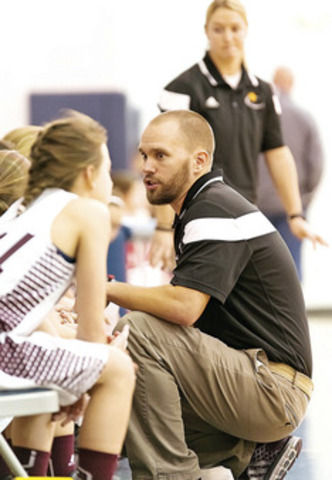 The eighth-grade team fell to Grayson County in the first round, but the seventh-grade team beat Edmonson County and advanced to face Breckinridge County in a hard-fought championship game. The Lady Cougars came home with a win and the title of GRVC Champions.

The eighth-grade Cougars had a tight first quarter and were down by only one point, but fell behind in the second when the only Cougar point scored was a free throw by Makena Rush who led the Cougars with 12 points for the game. Grayson County continued to pull away and took the win 41-28.

The seventh-grade team faced Edmonson County and had a solid 20-point lead at the end of the first quarter. By the half, the lead was 31 points and the Cougars showed mercy the second half of the game and took the win 38-21. Kamryn McMahon led the Cougars with 14 points, followed closely by Kassidy Daugherty with thirteen.

The championship game against Breckinridge County was a nail biter. The Cougars were up by two points in the first quarter and went into halftime ahead 30-23. The Tigers fought back in the second half and narrowed the lead in the third quarter and the cat-fight continued into the final quarter of play. The Cougars prevailed with a 51-47 win for the GRVC Championship. McMahon led the Cougars with 15 points, Rush had 12, and Daugherty added 11 and was 71 percent from the free throw line.

Coach David Fortner said, “It has been a special season both on and off the court for the MCMS Lady Cougar basketball team. It has been more than sharing some evenings in a gym, it has been accomplishing some life-long memories and milestones with what I feel is family. On the court, the teams combined for a 37-6 record, two regular season Western Division Championships (first time in school history) and ended with the seventh-grade team cutting down the nets after winning the GRVC Championship!

“Even more impressive, this team has cleaned the bleachers after every game (both home and away), collected socks for the needy, did extra around their houses weekly, and sought to be role models to encourage our community. I am very proud of this group of young ladies.”

Coach Shelbie Howard added, “This championship win was well-deserved. They put in work during the off-season and continued to do so during practices every day. It’s more than just banners and trophies. They have developed character and as a coach, that type of growth is amazing to see.

“Individually, all 21 girls have improved both on and off the court and been great students of the game. It’s exciting as a first year head coach for the seventh-grade team for this to happen. All the credit goes to the girls. I was just there to help along the way. Everyone worked as a unit, including our 8th graders. We had great leaders that were able to push our girls to do their very best. I’m thankful for Coach Fortner; he has been a great mentor. I have used what he has taught me along with my previous coaches and mixed in my own style. Our parents and staff were awesome this year. We had so much support from everyone. The focus for next year has already started. We have to continue to maintain at the top. I can’t wait to see what happens with the returning players and upcoming 6th graders.”