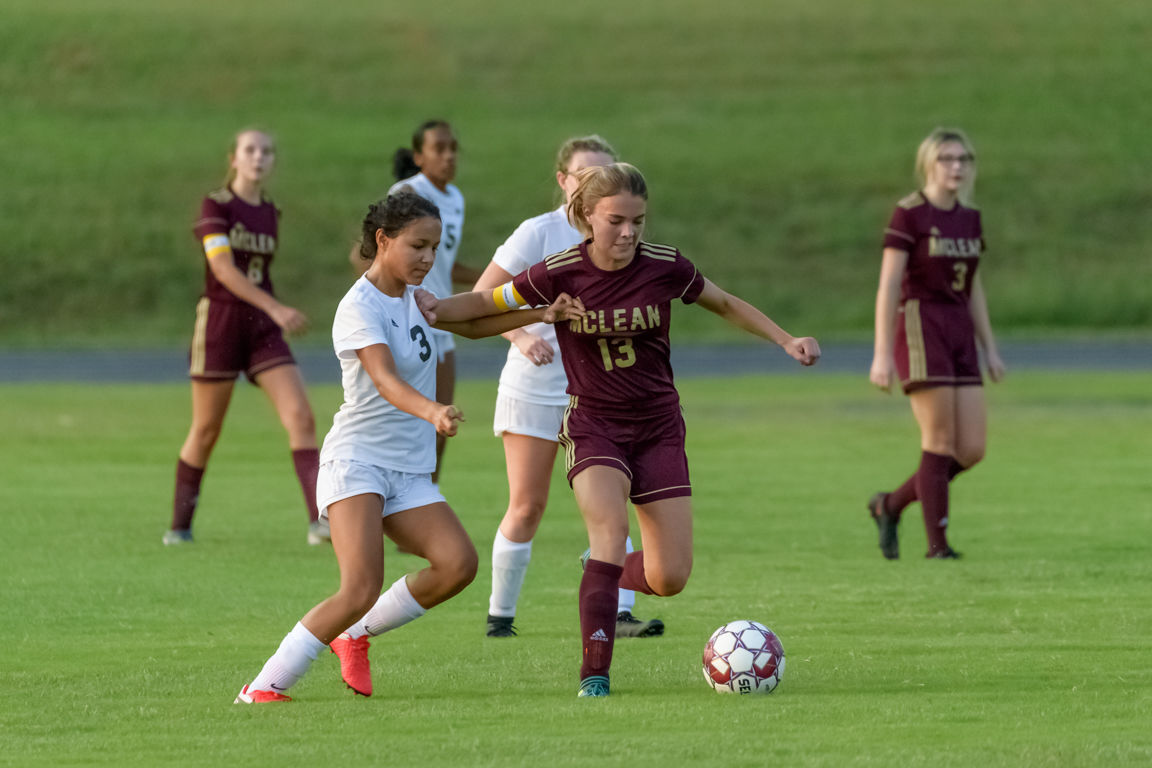 Lady Cougar Jalee Pinkston (13) fights off a defender to gain control of the ball. 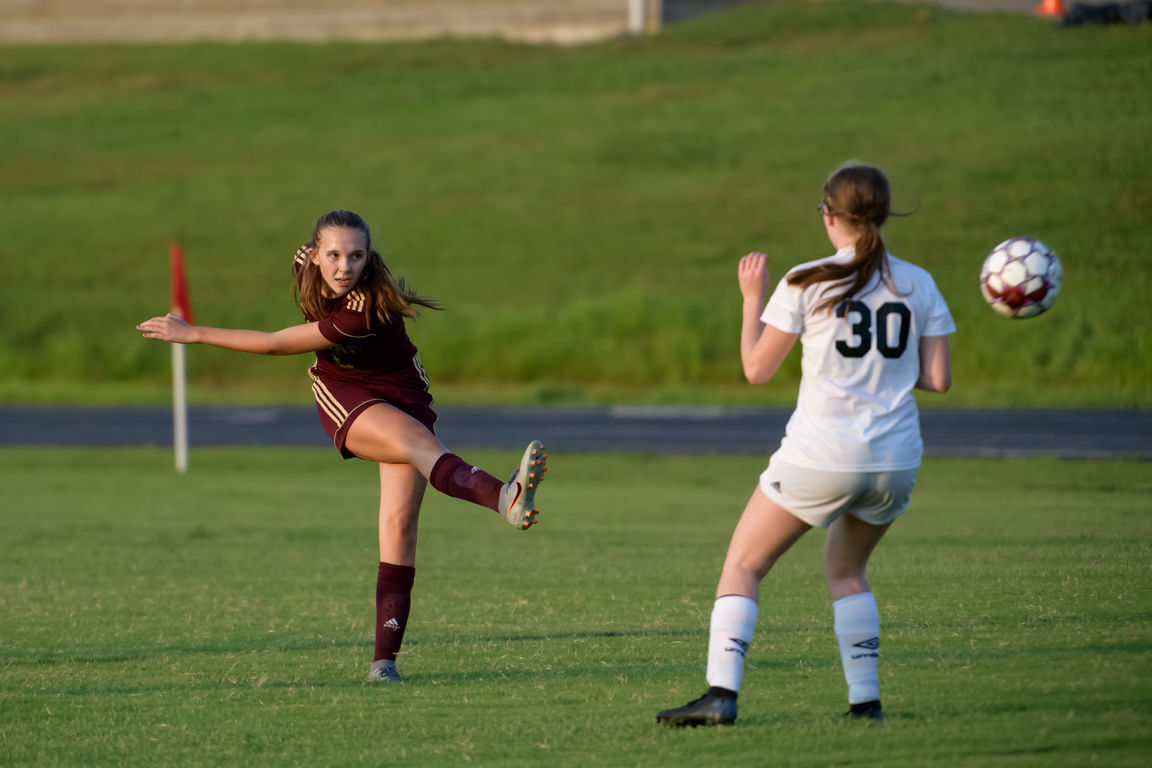 Lady Cougar Jalee Pinkston (13) fights off a defender to gain control of the ball.

“For only having a week and a half of practice, the girls played extremely well,” Head Coach Ricky Humphrey said.

Russellville came to visit the Lady Cougars in Calhoun last Thursday. It was a defensive battle for most of the night with neither team able to break through for a goal. Late in the second half, the Lady Cougars had a hand ball in the penalty box. That proved to be the difference as McLean County fell to Russellville 1-0.

On Saturday morning, the team traveled to district rival and region favorite Ohio County. The Lady Eagles made quick work of the Lady Cougars with an 11-0 shutout. “We played well, we were just overpowered by a more experienced team,” Humphrey said.

The Lady Cougars will play at Muhlenberg County tonight, Sept. 17 at 6 p.m. McLean County will host Breckinridge County on Saturday with kickoff at 1 p.m.