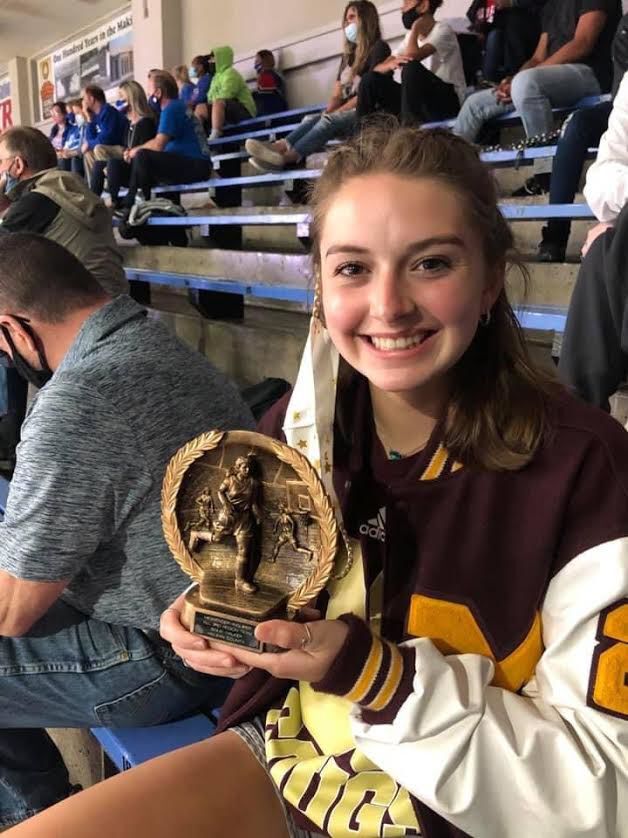 Bailei Walker was named to the All Region First Team and to the 3rd Region All-Tournament Team. 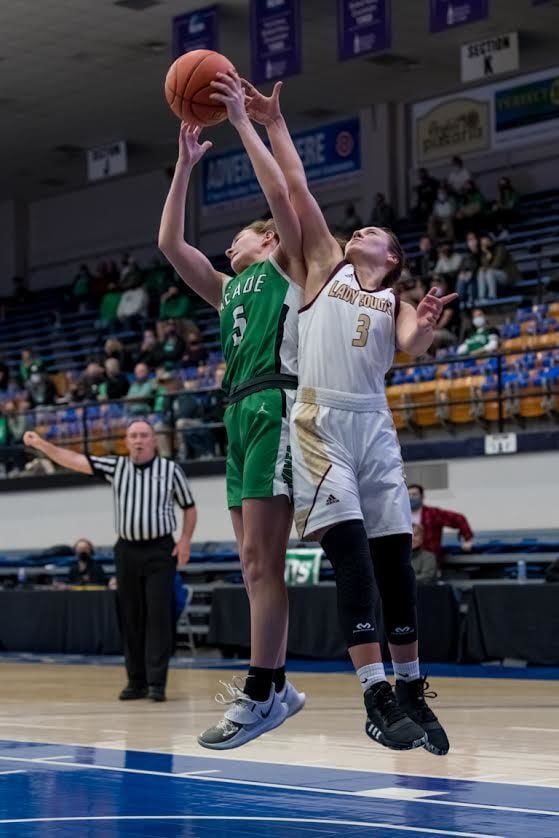 Lady Cougar Alyssa Burrough jumps up for the ball against Meade County. 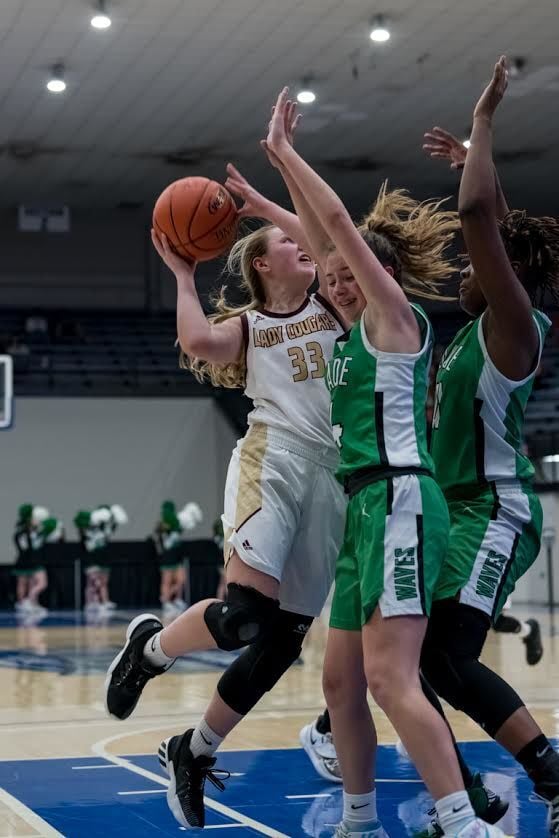 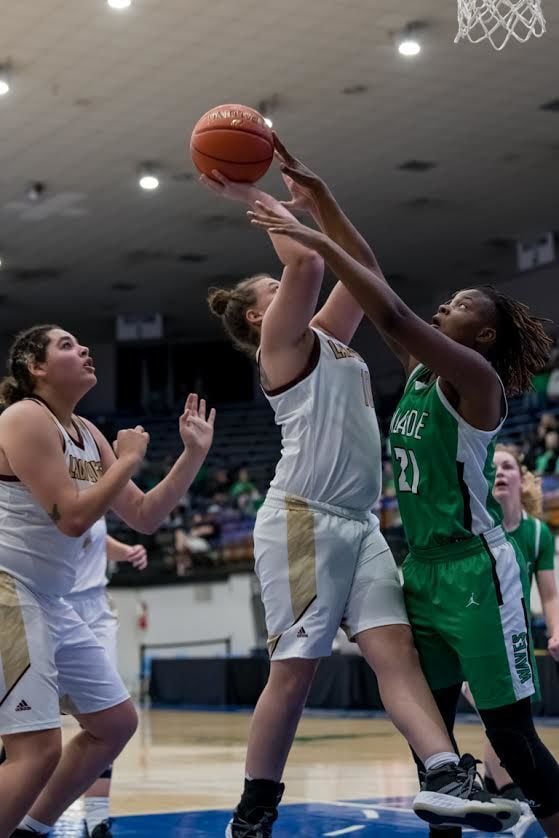 Bailei Walker was named to the All Region First Team and to the 3rd Region All-Tournament Team.

Lady Cougar Alyssa Burrough jumps up for the ball against Meade County.

The McLean County High School girls’ basketball team ended the 2021 season as 10th District Champs with a 10-9 record after a loss in the 3rd Region Tournament at the Sportscenter on March 25. The Lady Cougars fell 52-39 against Meade County.

Bailei Walker was named to the All Region First Team and to the 3rd Region All-Tournament Team. Kamryn McMahon and Makena Rush-Owen received honorable mention.

McLean County dug themselves a hole early against the Lady Wave last Thursday and had to play from behind the rest of the game. The first quarter ended with McLean trailing by just four points. The Lady Wave hit five three-pointers in the first half and had a 29-22 advantage going into the locker room.

The Lady Cougars got down 33-22 early in the third quarter, but made a run and were able to cut it to 35-30 going into the fourth. The McLean County defense held Meade County to only four field goals in the second half, but the Lady Cougars had trouble clearing the rim themselves and had to foul at the end of the fourth quarter to try to stay alive. It was the free throw line that made all the difference down the stretch. The Lady Wave hit 13 foul shots to help them seal the 52-39 win over McLean.

Bailei Walker led the Lady Cougars with 13 points, six rebounds, two steals and a block. Makena Rush-Owen had a double-double from 11 points and 10 rebounds along with an assist. Kamryn McMahon had six points, five rebounds, two assists and a steal. Natalie Patterson had four points, three rebounds, three steals and two assists. Breanna Frailley hit both her free throws and grabbed five boards. Alyssa Burrough had basket. Taylor Galloway made a foul shot and a rebound. Jaci Christian and Brilee Owens both snagged a rebound.

“We played hard the entire game and never gave up,” said Head Coach Ryan Groves. “I really loved how the girls fought back and I was proud. We had a very good game plan going in, but it came down to execution on our part and we just had an off night on the offensive end of the floor. Those things happen. It just happened to us on the wrong night.”

Looking back on the season with everything that has gone on with COVID, Coach Groves could not be more happy for these young ladies and all they accomplished. They were able to get the Number 1 seed in the District for the very first time. They won a District Championship for only the fourth time in school history.

“They had a winning season while playing potentially the toughest schedule this program has ever played,” shared Groves. “These girls finished the season playing against several teams who are headed to the state tournament. All those things are something they will remember for the rest of their lives. I told them after our game at regional that they are officially in our school’s history book.”

Outside of those accomplishments, what Groves is most proud of is the growth they showed as players, teammates and most importantly as young ladies. “They bought in from day one and just seeing everything we worked towards come together at the end of the season makes me so proud.”

When asked to reflect on this season’s seniors, Groves recognized how difficult it is to have a new coaching staff come in the senior year. “They were challenged in more ways than people know. I asked them to step out of their comfort zones many times, and even though they were hesitant at first they gave it a shot and were able to expand their game in a way they didn’t even think was possible.”

This group has set a precedent for the next generation of Lady Cougars and Groves is so thankful for their hard work and dedication. “This group is special and I know they will all do great things in their lives with whatever they decide to do. They will forever hold a special place in my and my family’s heart. It’s been an honor to be their coach.”