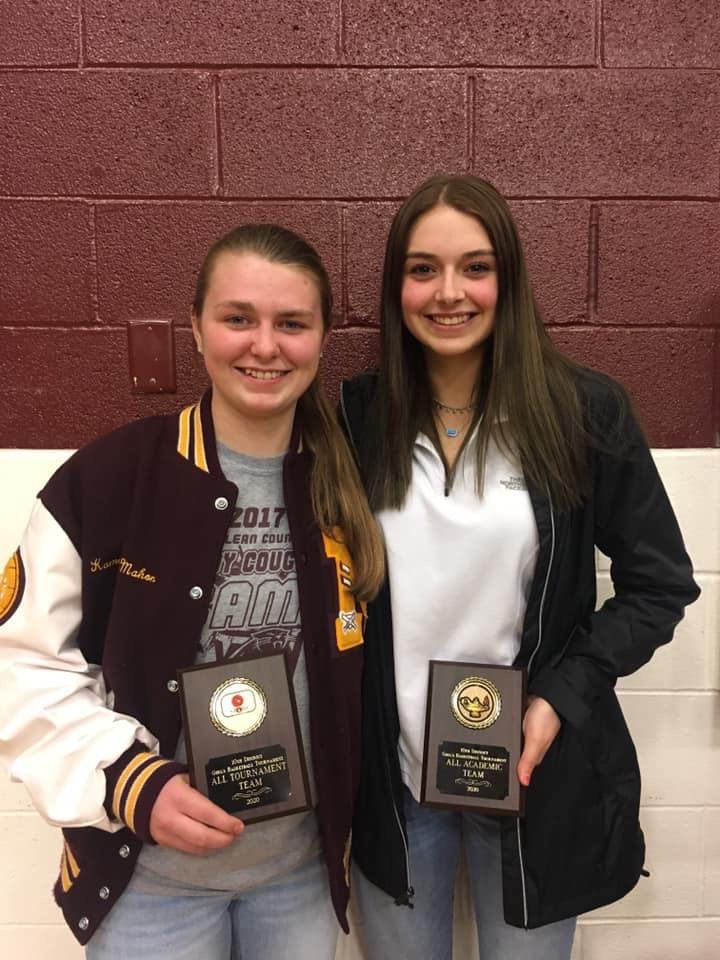 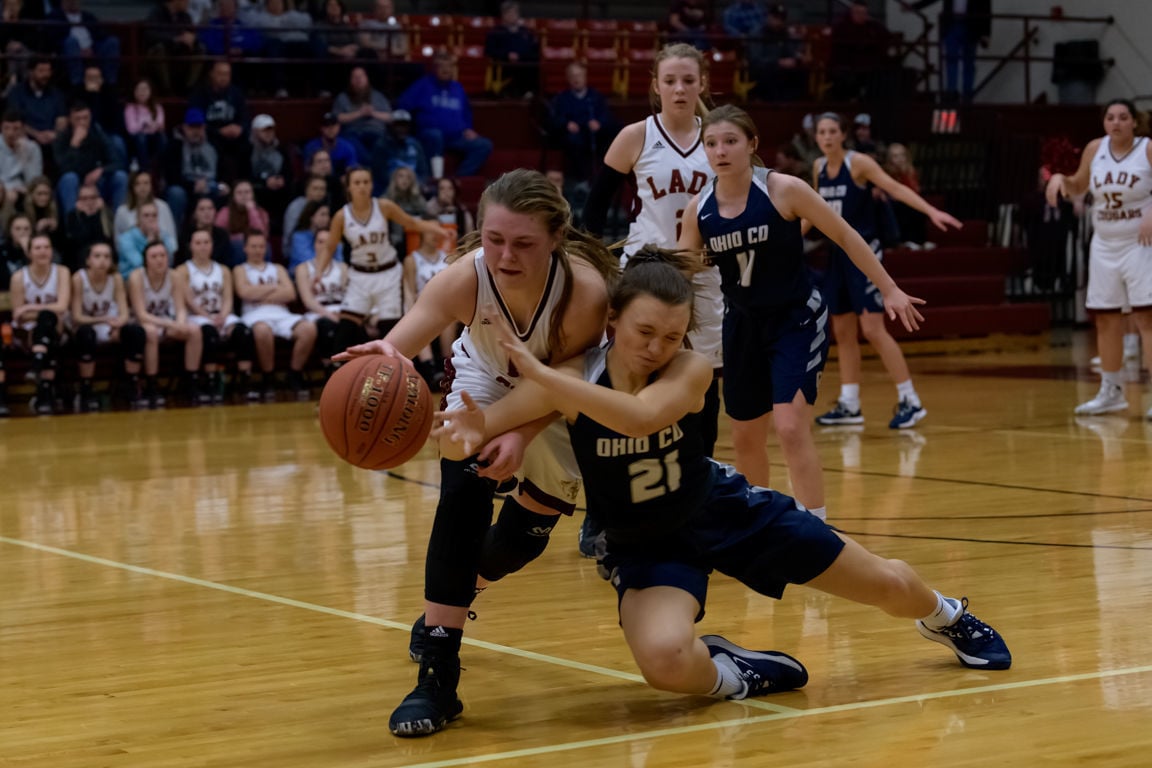 The McLean County High School girls’ basketball team ended their 2019-2020 season in the first round of the 10th District Tournament held here at home against Ohio County on Feb. 24. The Lady Cougars fought hard, but ultimately fell 53-50 to the Lady Eagles. They finished with a 16-12 record for the season.

The tipoff went to McLean and Kamryn McMahon stepped around a defender to put the first points on the board. Makena Rush-Owen blocked a shot and snagged the ball. She then got set up at the other end and fought hard under the basket for two points. Natalie Patterson persisted for a steal at half-court, stumbled on her way to the basket, but managed to keep her dribble on her knees before getting back up and making a successful layup. Bailei Walker scrambled on the floor for the ball and quickly passed off to McMahon who immediately drove downtown, stopped short at the basket to allow a defender to sail by and made an easy basket to give the Cougars a 27-20 lead at the half.

The Lady Eagles began to gain momentum and jumped out front by a basket at the end of the third period. McMahon made a theft and cashed it in for a deuce to tie it up early in the final quarter. The rest of the game was a back-and-forth battle as both teams struggled to maintain an advantage. McLean County was behind by six with less than 30 seconds to play, but the Lady Cougars narrowed the gap to a single basket with only :08 left on the clock. A successful foul shot by Ohio County left McLean with one option for a three-point attempt at the buzzer and the entire gym seemed to fall silent as the shot went up, but it fell short and the Lady Eagles sealed the win 53-50.

“We did not get it done and we had every opportunity to win, but it was not meant for us,” commented head coach Arlando Johnson. “I am proud of the entire team. We had some solid wins, but it was a season of missed opportunities.”

When asked to reflect on the only senior this season, Johnson shared, “Hannah Hampton was a class act for four years. She gave a lot to this community and I know she will become a successful person.”