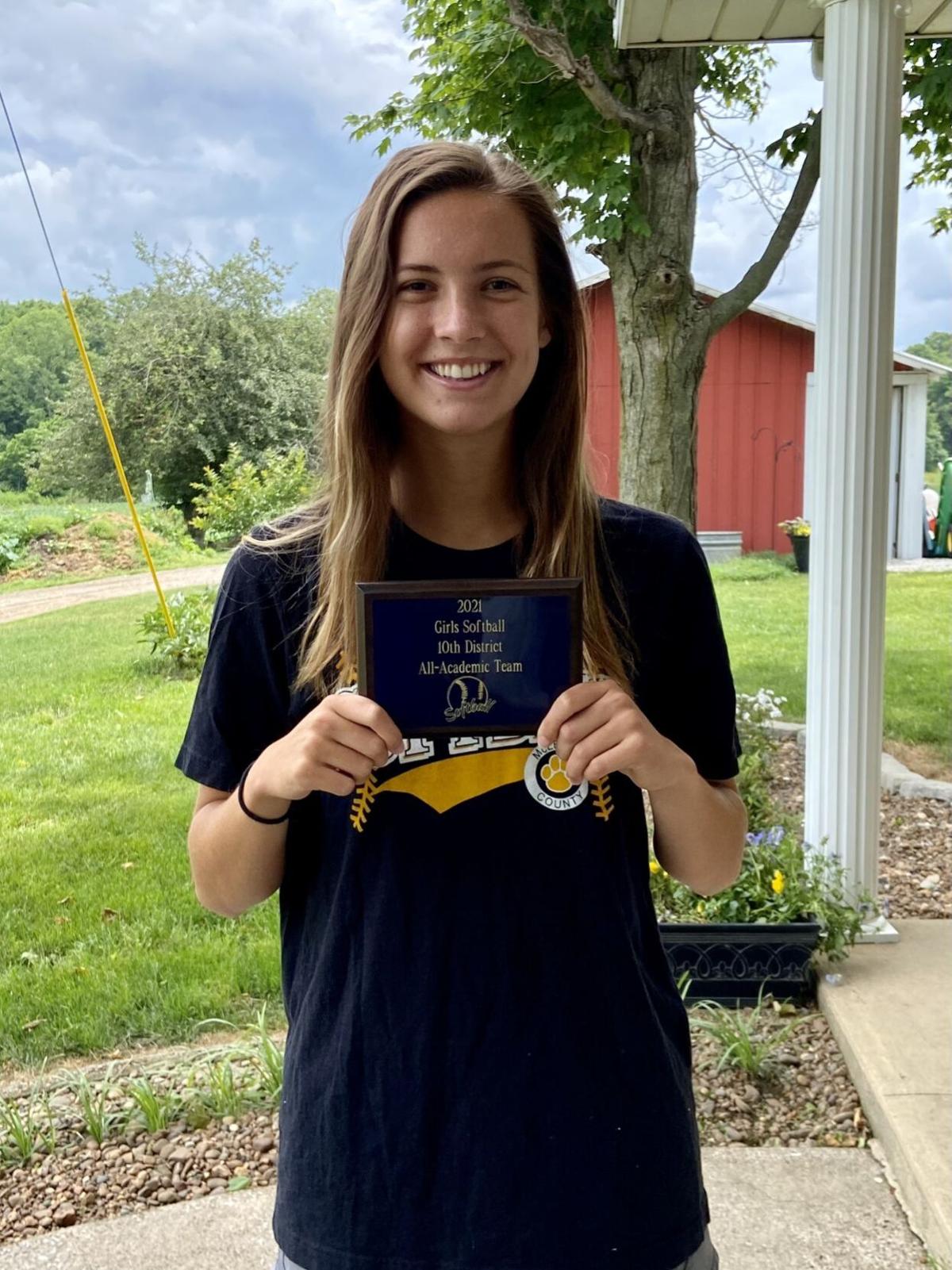 Amanda Ecton was named to the All-Academic team for the 10th District tournament at Ohio County. 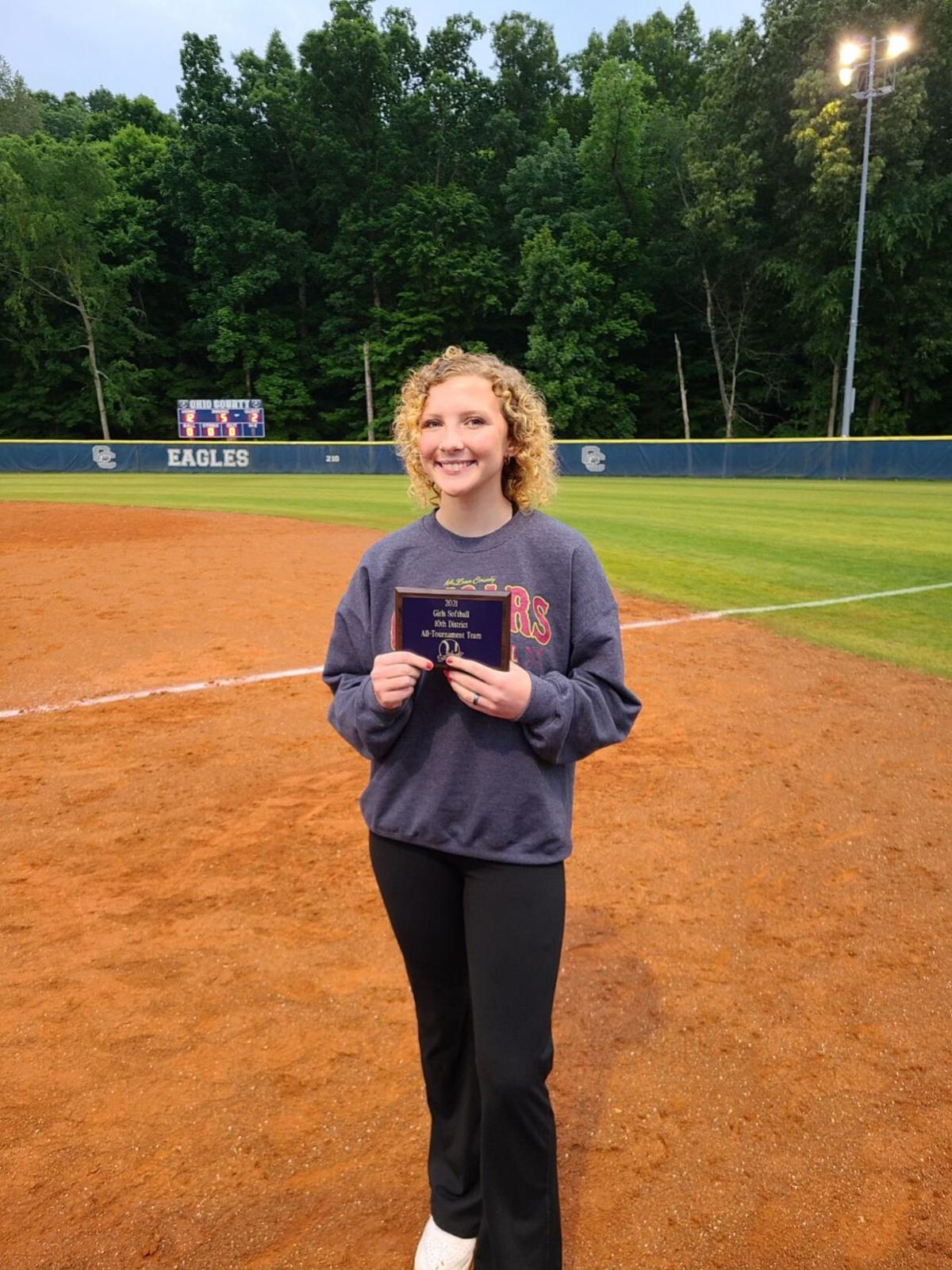 Addison Horn was named to the 2021 All-District team for the 10th District.

Amanda Ecton was named to the All-Academic team for the 10th District tournament at Ohio County.

Addison Horn was named to the 2021 All-District team for the 10th District.

The McLean County High School softball team finished the 2021 season 6-19 after a loss to Ohio County at the 10th District Tournament in Hartford on May 31. The Lady Cougars fought hard and were in it until the end, but fell 2-1 with a walk-off by the Lady Eagles.

After a couple of scoreless innings, the McLean County defense executed a double play in the bottom of the second. With a runner on first, Addison Horn scooped up a grounder at shortstop and got it to second baseman Amber Willis for the out. Willis immediately threw it to Claire Hudson at first base for the double play.

Ohio County managed to score a run in the third inning, but the next three were a bust for both teams, leaving the Lady Eagles up 1-0 to start the final inning. McLean County already had two outs and nobody on when Shelby Atherton was sent to first with a walk . Bailey Forker went in as a courtesy runner and scooted all the way home with a single from Olivia Baird on the very first pitch to tie the game up. Kaleigh Miller then got on with a walk and Baird advanced to second, but a pop out in foul territory ended the half inning for the Lady Cougars.

Ohio County had a final turn at the plate and Horn got the first two batters out quickly with a pop out catch followed by another scoop and throw to first. The next two batters were walked before a single to left field scored a run, ending the game 2-1 in favor of the Lady Eagles.

The pitching was strong on both sides. Ohio County pitchers struck out three, while McLean County sat down five. Both teams had three hits in the evenly matched contest.

Amber Willis, Addison Horn and Claire Hudson each had one hit to lead McLean County. Willis and Horn both had a double to left field.

Senior Kaleigh Miller served her last stint behind the plate, catching every pitch of the game. Miller allowed no passed balls and had the most chances in the field with six. All six were putouts with zero errors.

Head Coach Brad Baird shared that the girls played this final game with a lot of heart and desire. “Even though we walked away with the loss, the girls played one of their best games of the season. Taylor Galloway pitched a gem of a game and the defense played great behind her. Addison Horn was amazing all game long. She made play after play defensively.”

When asked to reflect on the season as a whole, Baird looks back proudly at this team. “The girls worked hard and improved each week. We fought through several injuries which meant girls were moved around a lot in the lineup. Our four seniors have meant a lot to this program. Taylor has been solid on the pitching rubber since her seventh grade year. Sarah Linville has been a rock at third base since she got here. Kamryn has been making unbelievable catches in the outfield for years and Kaleigh stepped in this year and did a great job behind the plate catching. We also had a lot of younger players see valuable playing time and that will help us out next season.”

Henry Golding: I want my daughter to travel the world

Selena Gomez: 'My experiences in relationships have been cursed'