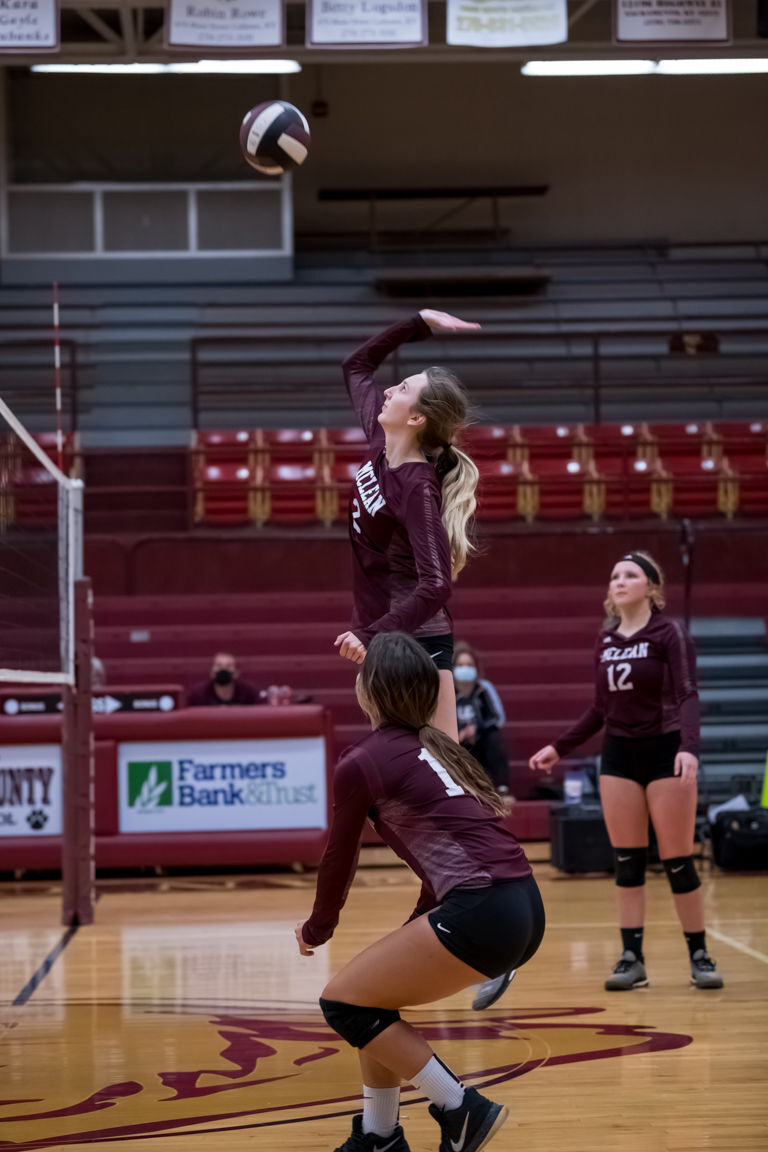 Lady Cougar Ellie Alexander goes up to the net to hit the ball during the game against Webster County. 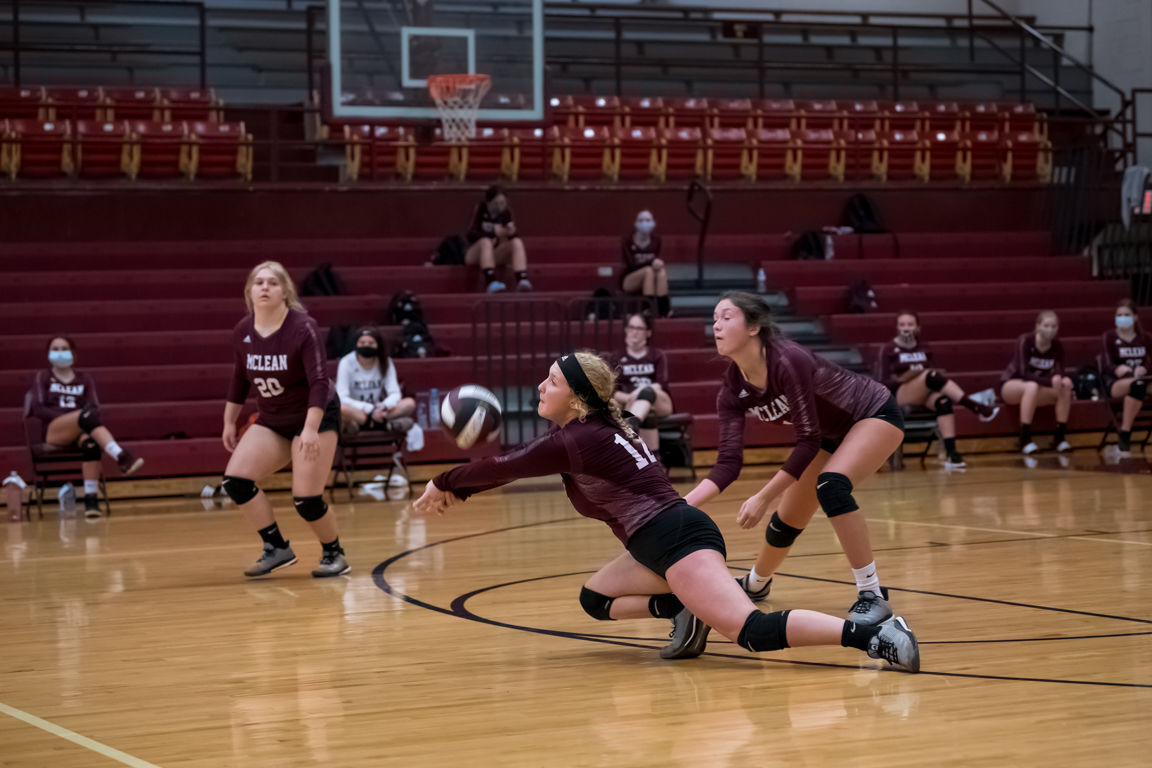 Lady Cougar Addison Horn dives for the ball with backup from Claire Hudson. 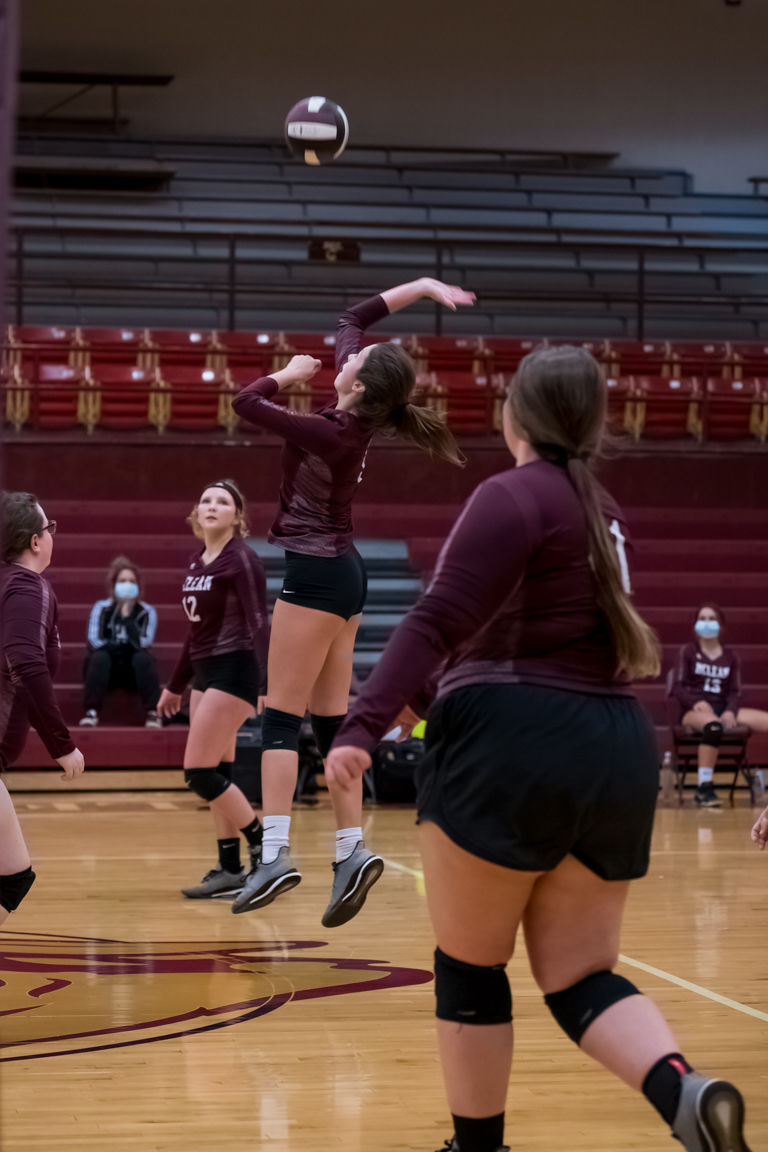 Lady Cougar Claire Hudson goes up for a shot against Webster County.

Lady Cougar Ellie Alexander goes up to the net to hit the ball during the game against Webster County.

Lady Cougar Addison Horn dives for the ball with backup from Claire Hudson.

Lady Cougar Claire Hudson goes up for a shot against Webster County.

The McLean County High School volleyball team hosted Webster County on Sept. 28 and took the match to four sets, but ultimately fell to the Lady Trojans. The Lady Cougars won the first set 25-23, but lost the other sets 25-17, 26-16 and 25-11.

Head Coach Keith Sage commented, “In the first set, we were down as many as 10 and fought back for the win. We got behind in the next two sets and fought back again, but came up a little short. By the fourth set, I think we were just out of gas.”

The following night, McLean County was missing some key players in a trip to Hancock County and lost in three sets, 25-16, 25-13, 25-19. Abby Englehardt was the offensive of player of the match. The defensive player of the match was Alex Bastin.

Last Thursday, the Lady Cougars played Ohio County for the second time this season and lost in three, but played much better than the first time they met, according to Sage. The scores were 25-22, 25-14 and 25-11.

Claire Hudson had an outstanding night with six kills, two aces, four digs and six solo blocks. Not far behind was Addison Horn with five kills, seven assists and two aces. Abby Englehardt had five kills, two solo blocks, three digs and a service ace. Alex Bastin had three kills, two digs and one ace. Madison Wilson had eleven assists, a kill and two digs. Lilly Underwood had a good night passing at a 2.2 rate which helped on the defensive side.

The last three matches this season start on the road to Hopkins Central on Oct. 12. The Lady Cougars will host Union County on Oct. 13 and their final match will be against Madisonville-North Hopkins at home on Oct. 15. The matches all begin at 6:30 p.m.

Taika Waititi is to executive produce Frybread Face and Me