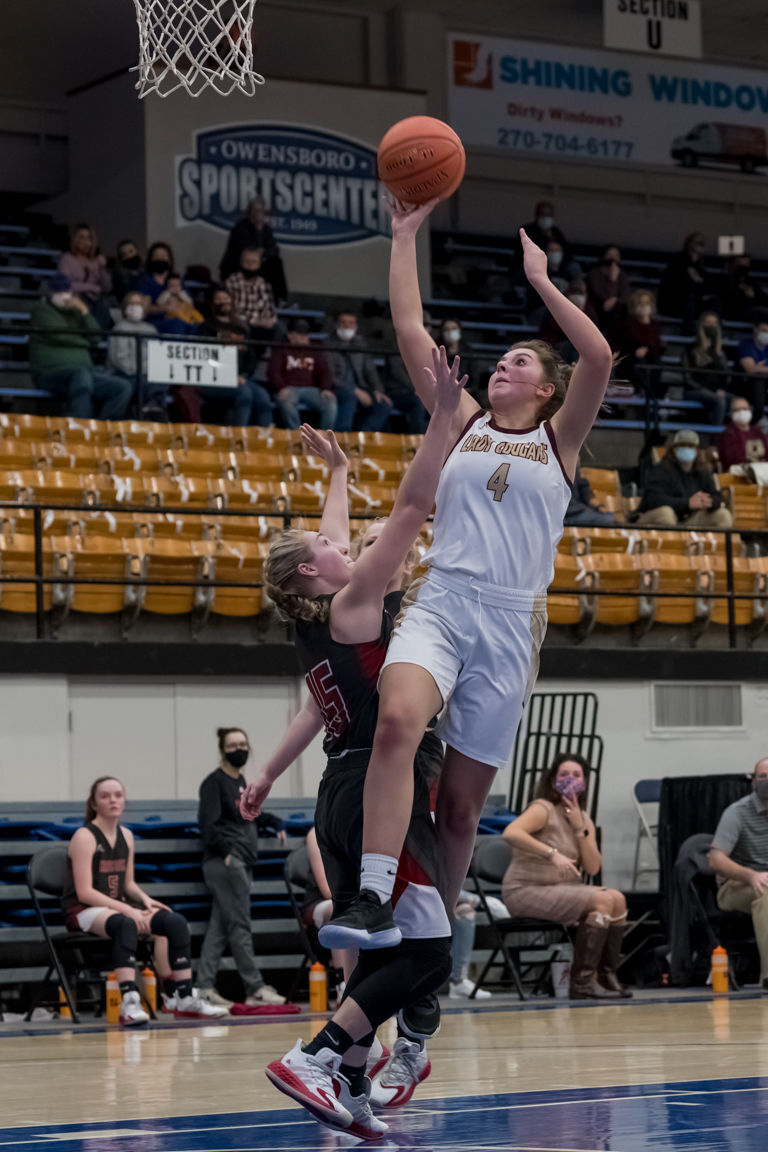 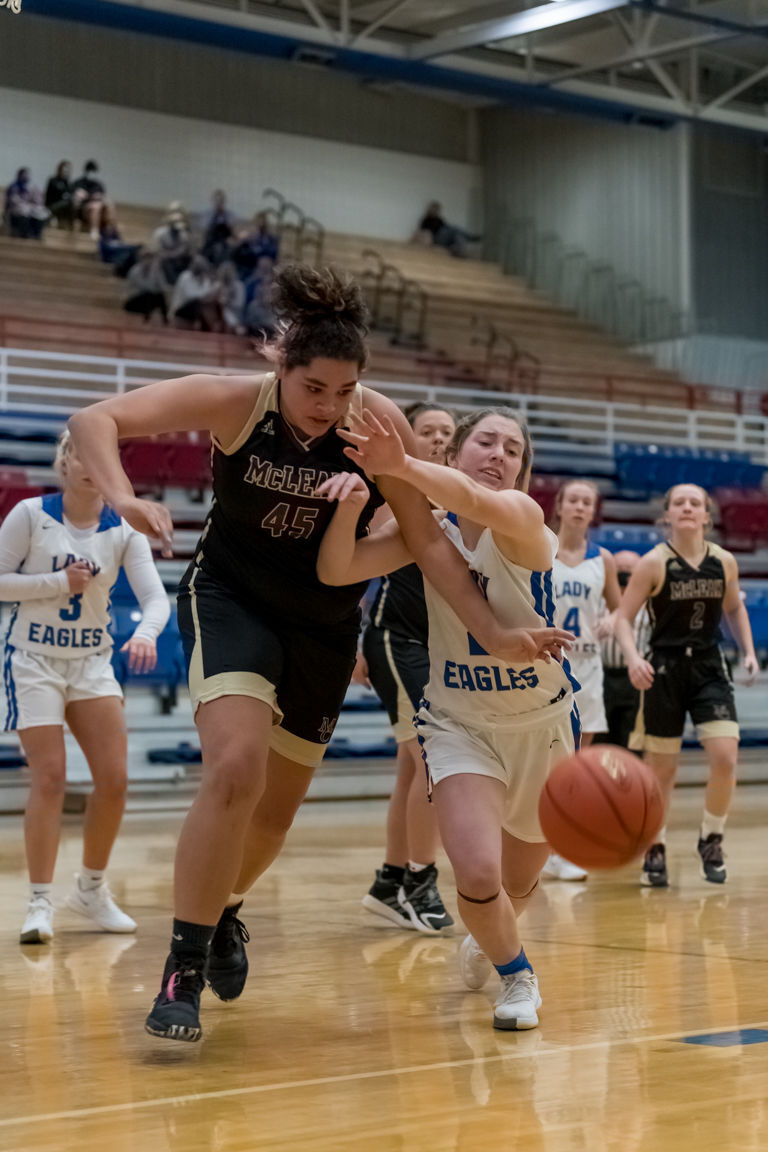 McLean County Lady Cougar Makena Rush-Owen attempts to keep the ball from a Graves County player during the E-gals Shootout at Apollo on Saturday. Graves County defeated the Lady Cougars 48-37.

McLean County Lady Cougar Makena Rush-Owen attempts to keep the ball from a Graves County player during the E-gals Shootout at Apollo on Saturday. Graves County defeated the Lady Cougars 48-37.

The McLean County High School girls’ basketball team opened the 2021 season with losses on the road and at home. The Lady Cougars had a near miss 51-48 at Hancock County on Jan. 5 before falling to McCracken County 55-50 at home last Thursday. McLean County ended the week with a 48-37 loss to Graves County in the E-gals Shootout at Apollo on Saturday.

The Lady Cougars came out hot against Hancock County and had a 19-5 lead by the end of the first quarter. They attacked the basket and were also able to knock down the outside shot. The second quarter was a struggle, but McLean County made a run to finish the half and hang on to a 29-27 advantage.

Hancock County jumped out front in the third quarter, but our Lady Cougars fought back and had a chance to tie the game with a last-second shot. That shot fell short and Hancock took the win 51-48.

Natalie Patterson led the Lady Cougars with 13 points and three each in rebounds and steals along with an assist. Kamryn McMahon had nine points, five rebounds and the same in assists with two steals. Bailei Walker put up eight points, grabbed 11 rebounds, made two assists and snagged a steal. Makena Rush-Owen also had eight points along with seven rebounds and a steal.

“We started the game well and made good decisions with the ball offensively,” Head Coach Ryan Groves said. “Then we let their pressure get to us and we lost focus. I was really proud of the way we responded in the fourth quarter. We just need to continue to work on what we are doing and gain confidence. We need to execute better going forward and learn when to slow down. We want to play quick, but we have to be able to play smart as well.”

The Lady Cougars came out strong at home against McCracken County last Thursday. Natalie Patterson put the first points on the board before assisting Kamryn McMahon with a three-pointer that gave McLean a 5-0 lead. The game was knotted up at 20 by halftime, but the Lady Cougars pulled ahead by three to start the final quarter.

McLean County fell behind again, but Alyssa Burrough assisted McMahon with a long three-pointer that kicked off a flurry of threes in the final minute of the game. Bailei Walker then assisted Burrough with a shot from the corner before giving an assist to McMahon for another triple-pointer. However, time ran out and the Lady Mustangs took the win 55-50.

“I felt like we responded well after the loss to Hancock,” Groves said. “This game was a loss on the scoreboard, but my girls played their hearts out. It was an emotional loss because I feel they finally realized what they are capable of and understand how good they really can be. I was so proud of their ‘never give up’ mentality and that let me know we can do great things.”

The Lady Cougars finished their first week with a game against Graves County. McLean had a slight lead at the end of the first quarter and built that advantage to nine in the second, but fell behind 28-27 at the half. The Eagles pulled farther ahead in the final minutes to seal the win 48-37 over McLean.

“Graves County is always a tough game,” said Groves. “They are aggressive and physical and caused us to make some unforced errors, but our girls didn’t give up. This week was tough because we opened the season with two of our three games against 6A schools who have experience with the system they are running. My girls are having to learn how to play the way I expect them to play without having the summer preparation to work out the kinks before the season starts. To be right there in all three games is a testament to how hard they have been working.”

The Lady Cougars will host Union County tonight, Jan. 14 at 7:30 p.m. McLean County will take on Whitesville Trinity at the Sportscenter on Saturday at 4 p.m.

Zac Hanson to be dad for fifth time

Melanie C on depression: It's so important to reach out

'A force to be reckoned with': Heartbroken Caprice loses her beloved grandma to Covid-19